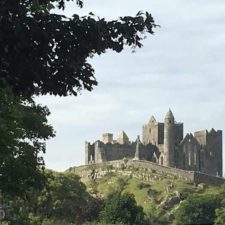 Sunday, August 27th brought us to the Rock of Cashel, another World Heritage Site with which I was unfamiliar. I’m starting to feel woefully ignorant of the significant and amazing places around the world. It’s a group of Medieval buildings set on an outcrop of limestone in the Golden Vale which include the 12th century […]