Sunday, August 27th brought us to the Rock of Cashel, another World Heritage Site with which I was unfamiliar. I’m starting to feel woefully ignorant of the significant and amazing places around the world. It’s a group of Medieval buildings set on an outcrop of limestone in the Golden Vale which include the 12th century round tower, High Cross and Romanesque Chapel, 13th century Gothic cathedral, 15th century Castle and the restored Hall of the Vicars Choral. We had a great tour guide who explained interesting details we wouldn’t have learned without her. 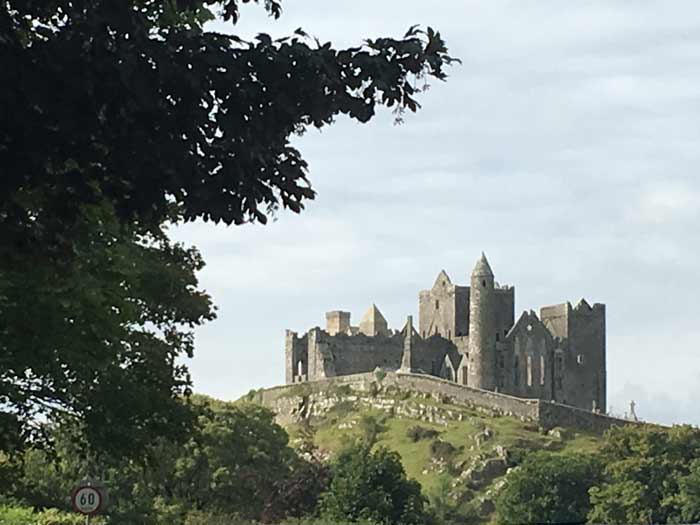 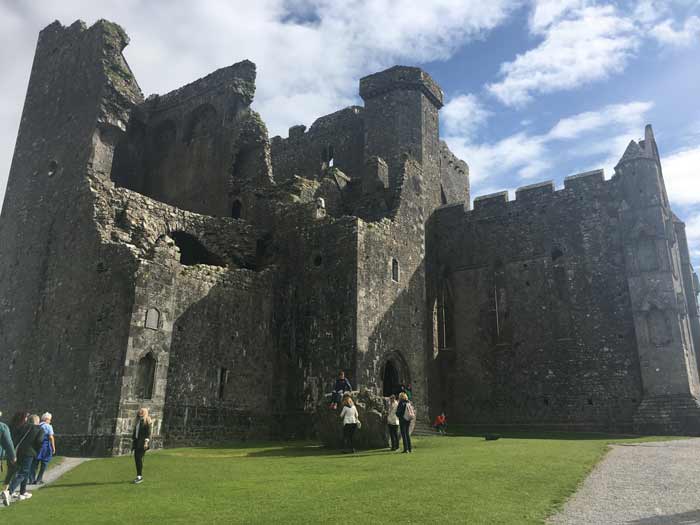 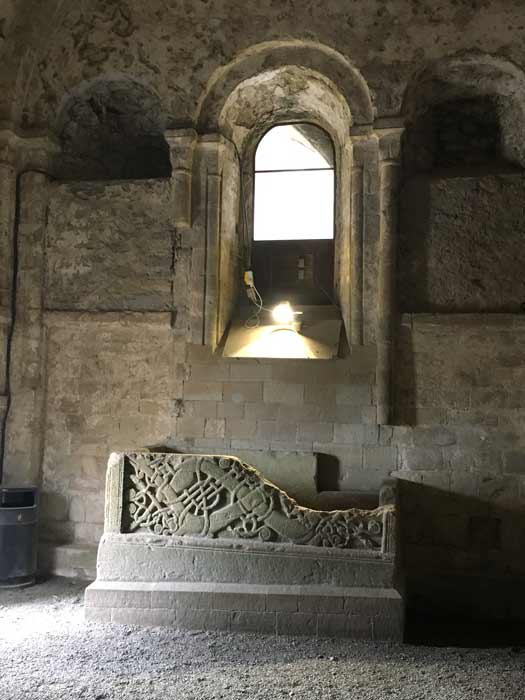 The best road side sign I’ve possibly ever seen. 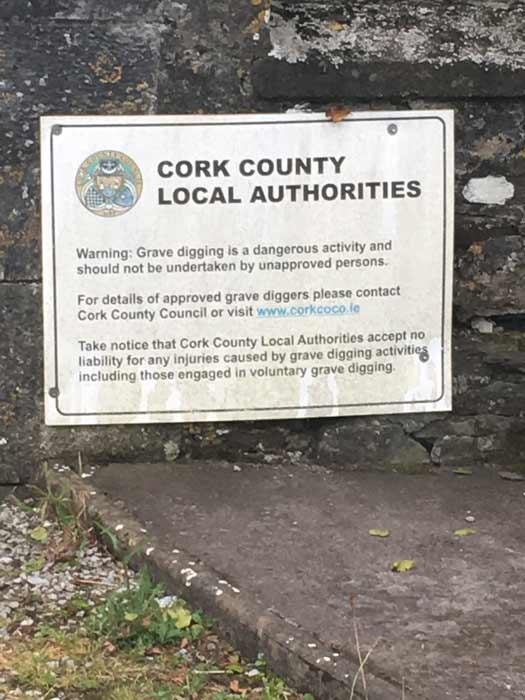 Our afternoon adventure was a visit to the home and studio of artist Karin Kempf, a German who has lived in Ireland for many years. She built her house from a building with not much more than walls. The bathroom shows her creative and eclectic nature. The last picture cracks me up. You can see me taking a photo in the mirror which I hadn’t noticed until now. As you can see, she loves mosaic work. 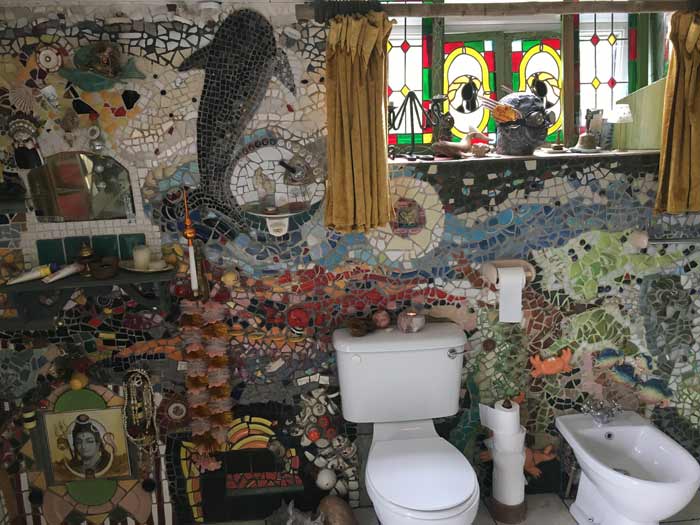 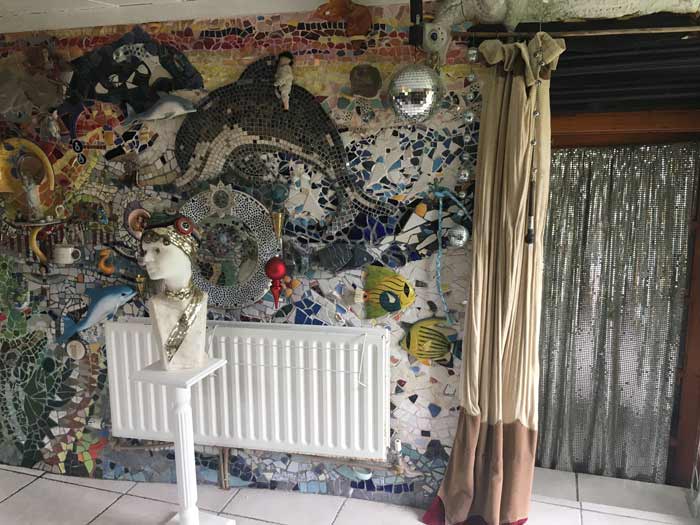 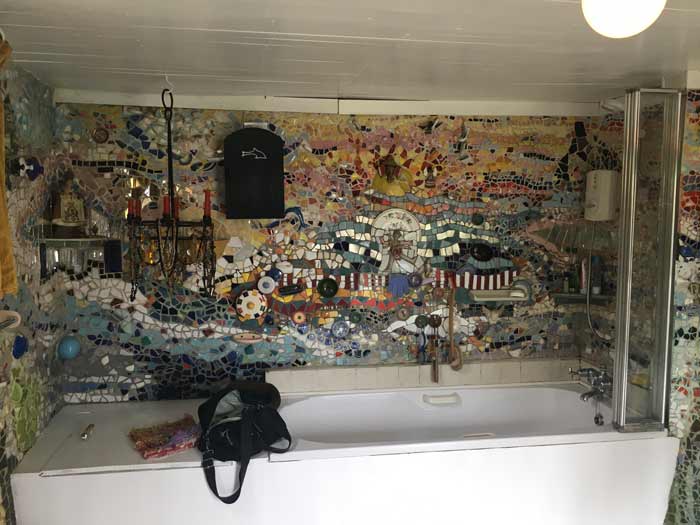 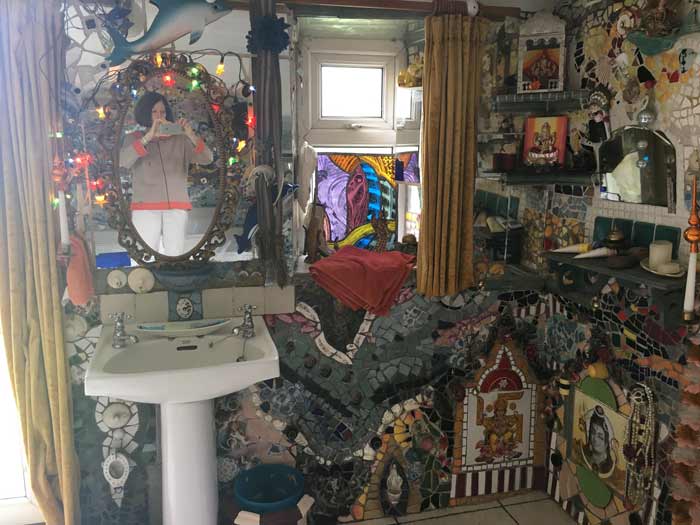 Here’s Karin serving us tea and cookies or as they say biscuits. Her day job is as a caregiver at a nursing home facility. 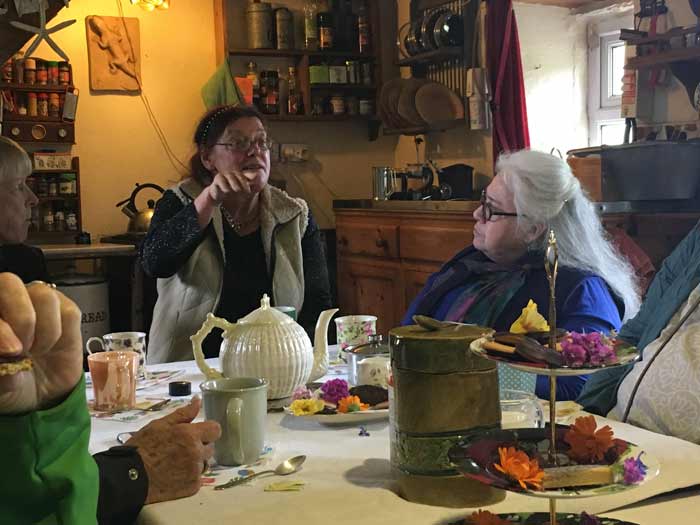 Karin became renowned for her crocheted tea cozies, which she now creates on commission. She uses everyday yarn–nothing special. The teapots are found through charity shops or given to her. 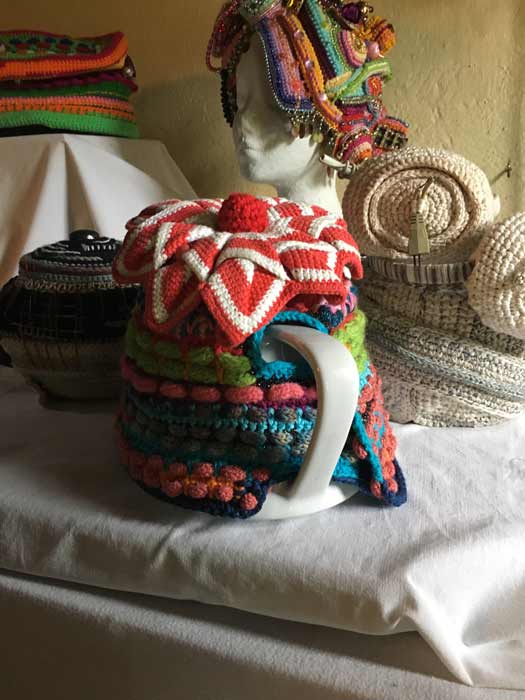 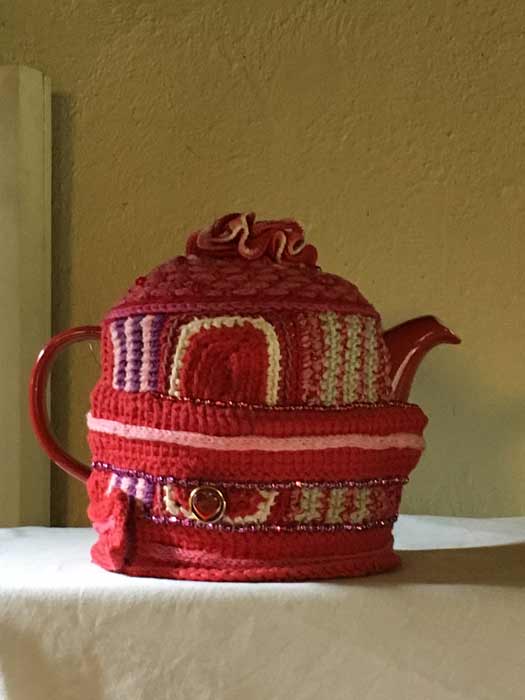 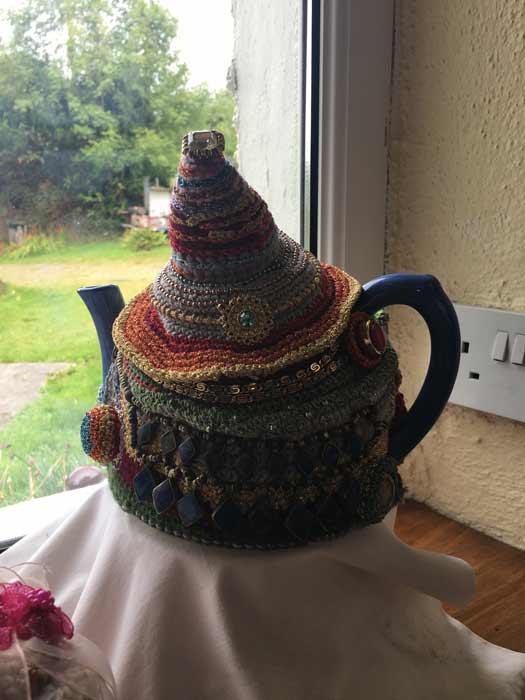 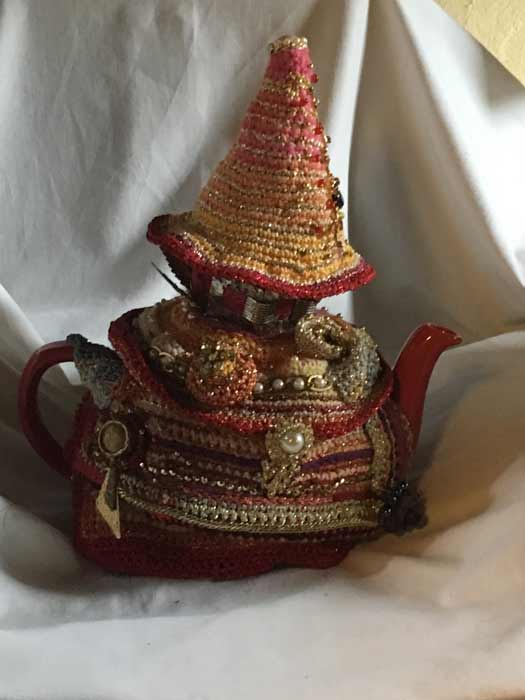 Karin experiments with other accessories and objects. 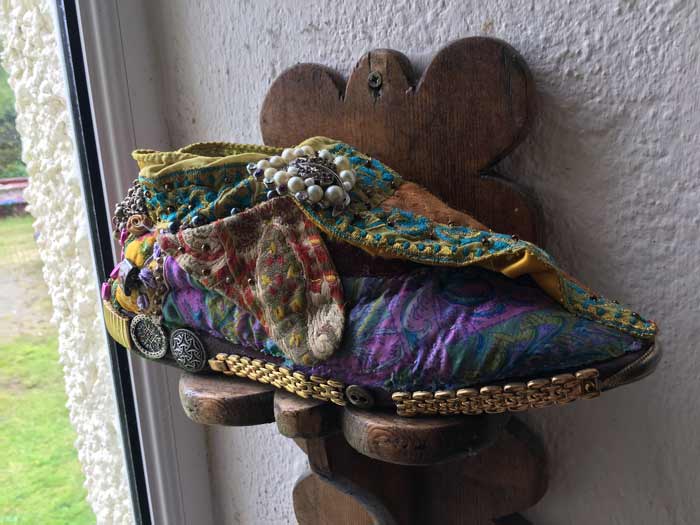 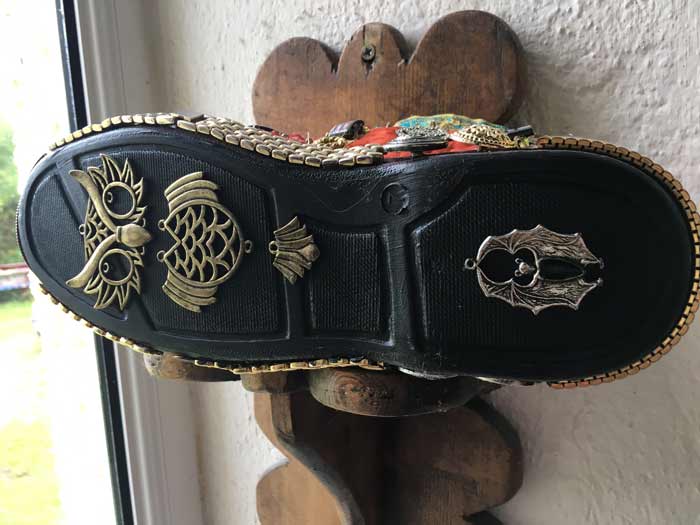 Sole of the shoe 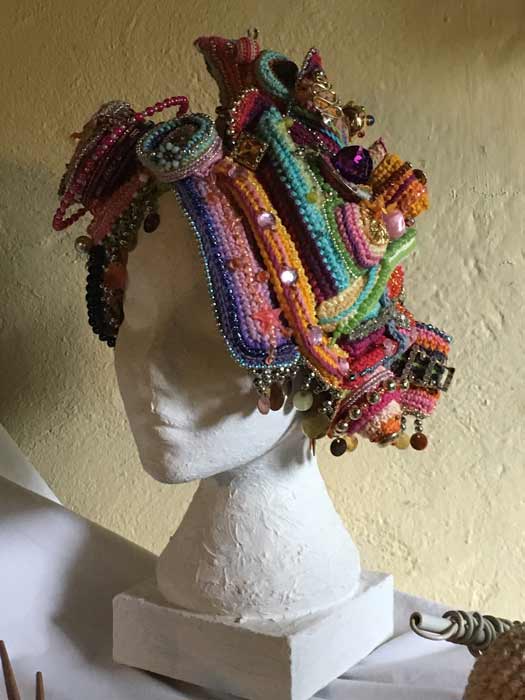 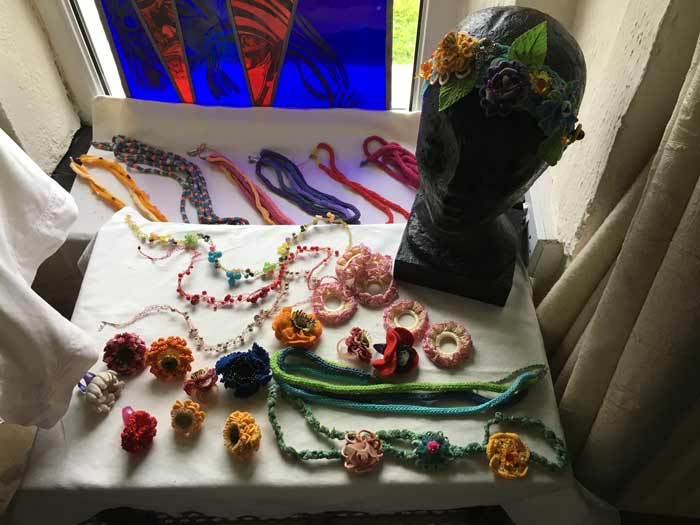 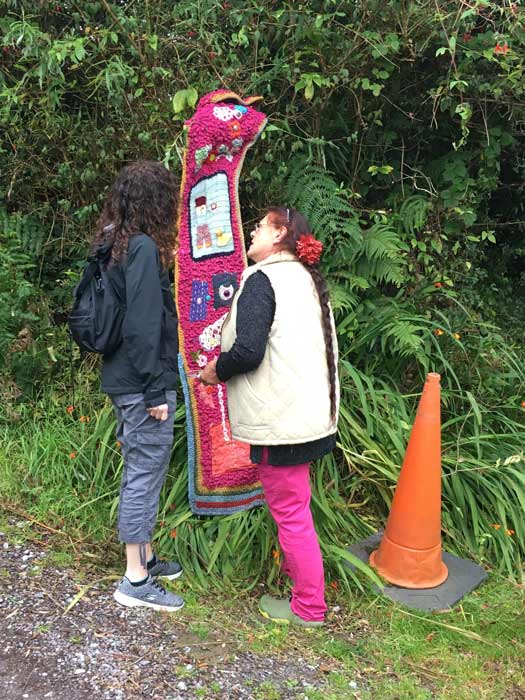 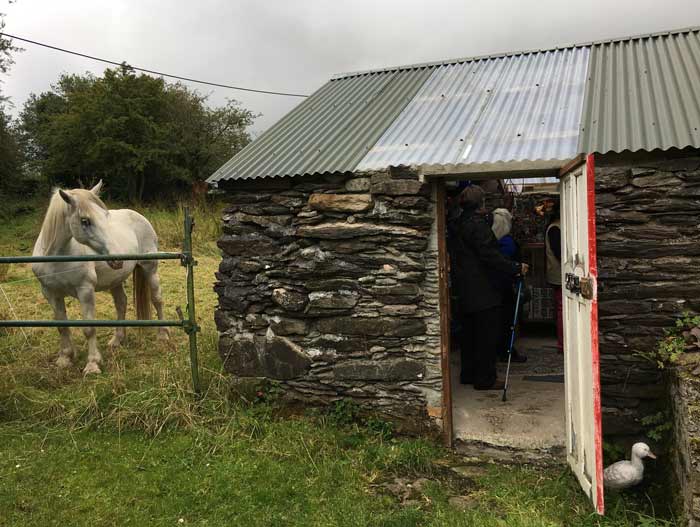 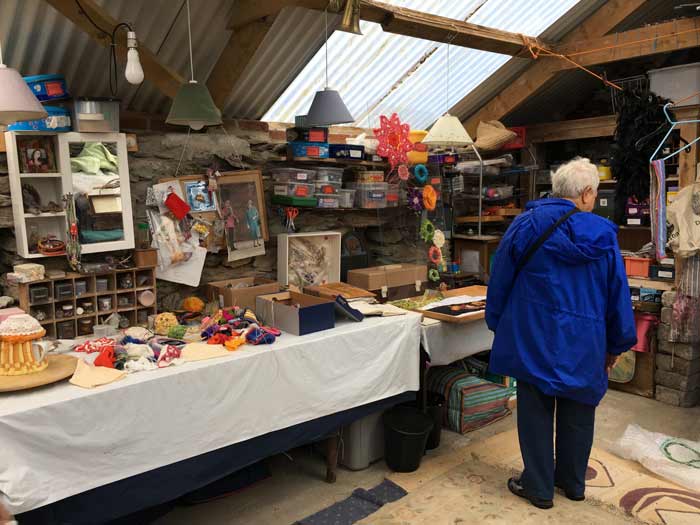 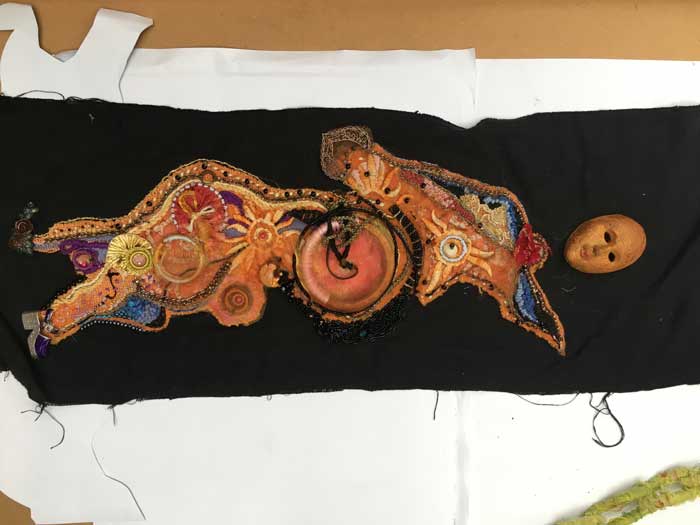 Karin has a number of outbuildings. One serves as a guest house and one houses the motorcycle she rode through India. 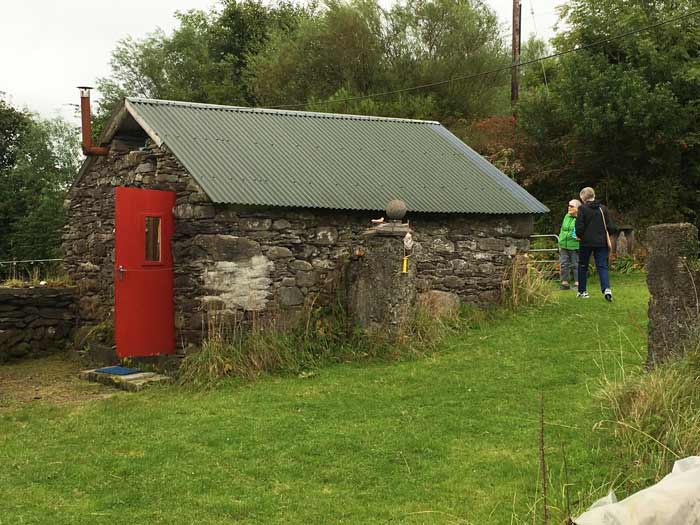 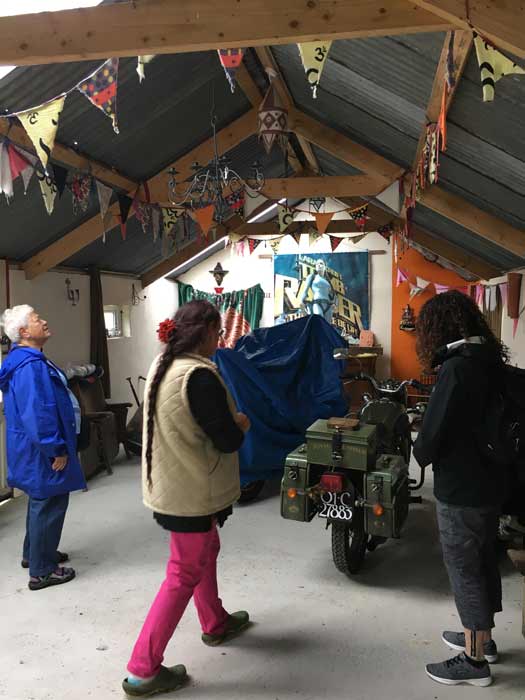 Her transportation in India