You may be aware the Tour de France is going on presently with many spills and thrills for cycling enthusiasts. One of the top contenders has fallen, breaking his shoulder in numerous places, and is out. In an effort to expand beyond France’s borders, the Tour started in The Netherlands this year. Last year, the Tour began in Leeds/Harrogate then went on to London and Cambridge before crossing back to it’s namesake home country. Even though the tour was well over when I traveled to the UK last September, the race was much in evidence everywhere we went with yellow bicycles in the most unexpected places. Here are three bicycles alone spotted in Harrogate where we had high tea at the popular tea house, Betty’s.

My favorite bicycle is in the final photo–a crashed bike above the shop of an eyeglass supplier, intimating that if you had purchased glasses from them, you wouldn’t have crashed. 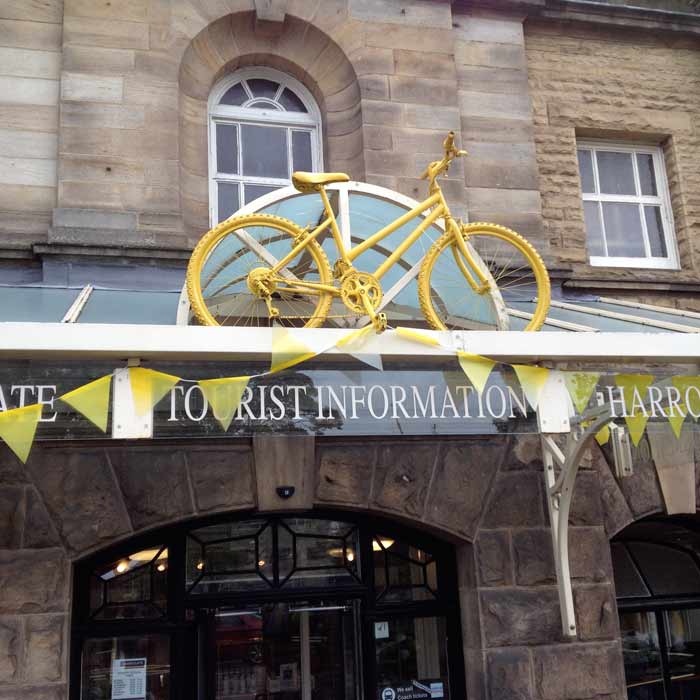 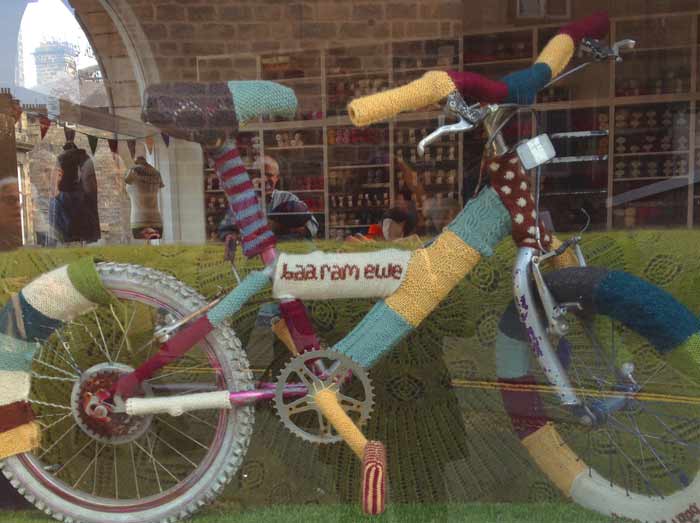 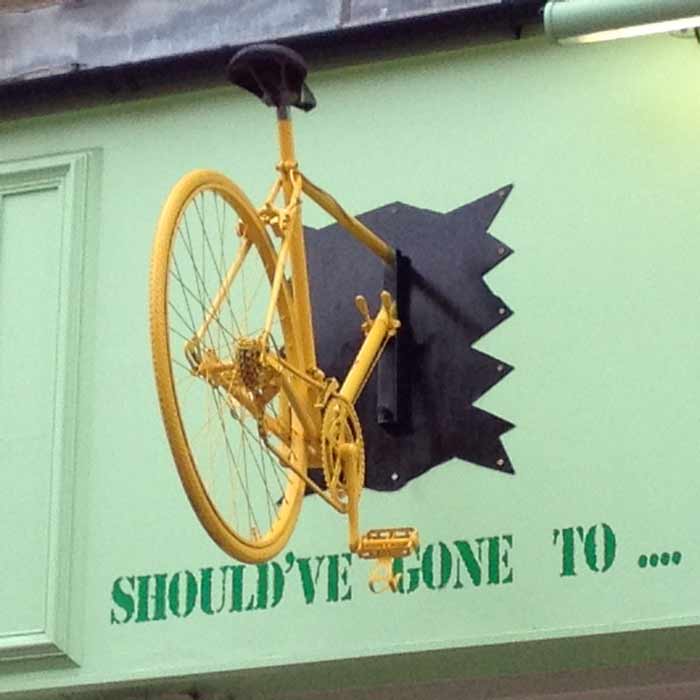