I’m starting Photoshop Essentials II this week with the Pixeladies who are Deb Cashett and Kris Sazaki. I completed PSE I during June and found it immensely helpful and interesting. Cashett and Sazaki do a great job of breaking down the tools of Elements into manageable bites, with four lessons per week for three weeks. I have to confess for the longest time I thought they called themselves Pixieladies. Somehow my brain inserted an “i” into their name. I found it a rather cute and couldn’t figure out what pixies had to do with them or their work. It was only when I started the course I realized my mistake. I have to wonder how many others have done the same.

For the final lesson we had to take one of our photos and complete five manipulations, any five we had learned. Last September, one of the towns I visited during the trip to the UK was Pittaweem, Scotland, a fishing village on the North Sea. First is my original photo. I cropped it and added a title and a watermark in the second photo. I abstracted this photo and found it still rather complex, so I cropped it, focusing on just two boats, and abstracted this second cropped image. Then in photo four, I intensified and sharpened the image. I particularly like photo three and plan to do a quilt based on it. 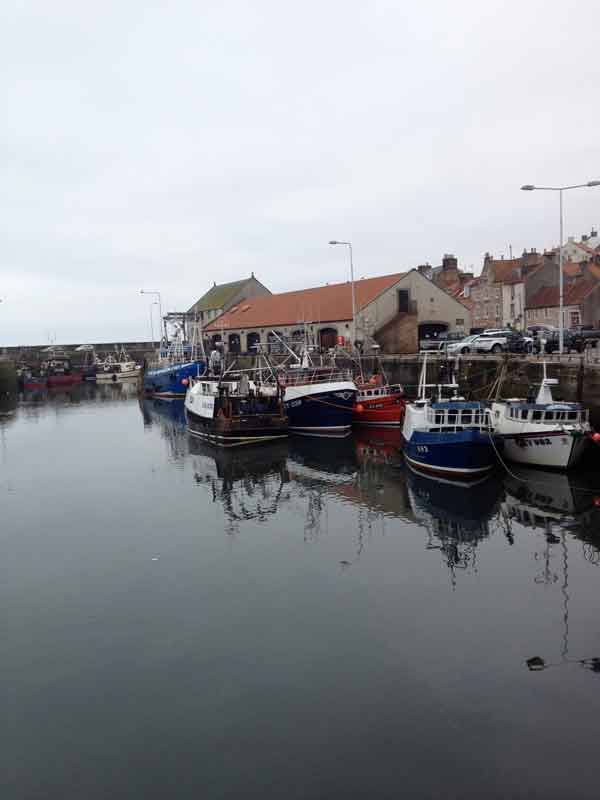 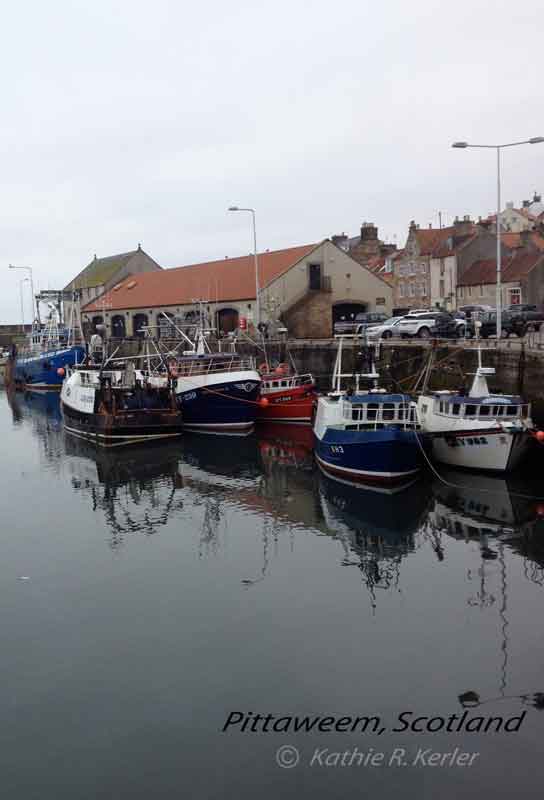 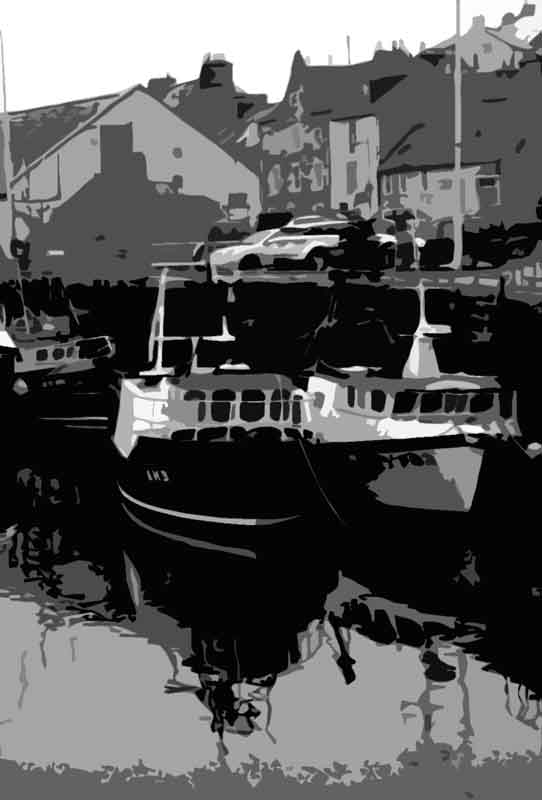 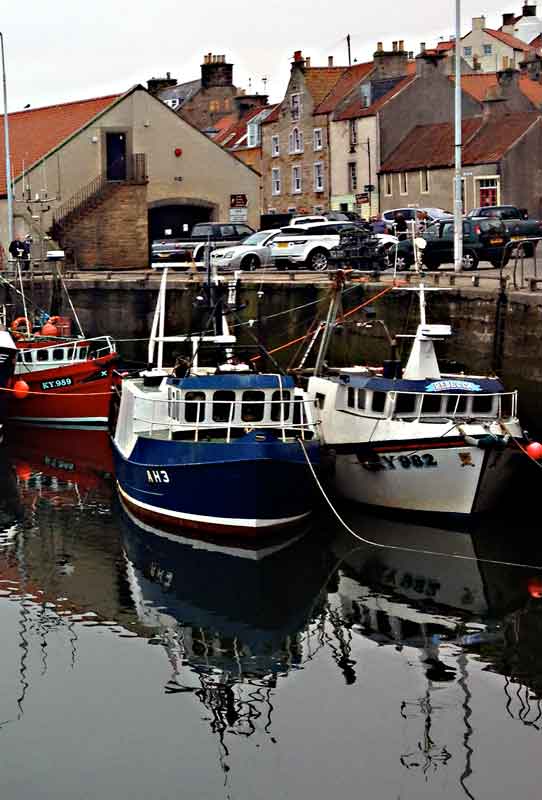 I highly recommend the PSE classes. Pixeladies offers them several times a year. The two sessions can be taken one after the other, or you can take them at different times of the year.