My next step was to construct the blocks in the four corners. I had my fabrics and needed to choose thread color and stitch. I matched the thread to the blue “four-leaf clover” under the fleur-de-lys. I know there must be a name for this motif, but I can’t seem to find it anywhere. I was trying to decide if I was going to darken the yellow fleur-de-lys a bit with a gold or brown Inktense pencil so the color more closely resembled that of the stained glass windows. I sampled both light brown and matching yellow threads. At the same time, I sampled the width and spacing of the zigzag stitch. I didn’t want to do a satin stitch but I did want good coverage with no obvious raw edges. The stitch width is narrower on the fleur-de-lys as it is a smaller motif. 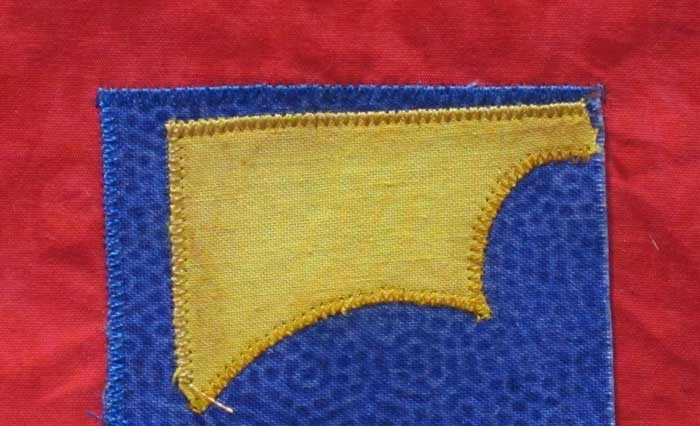 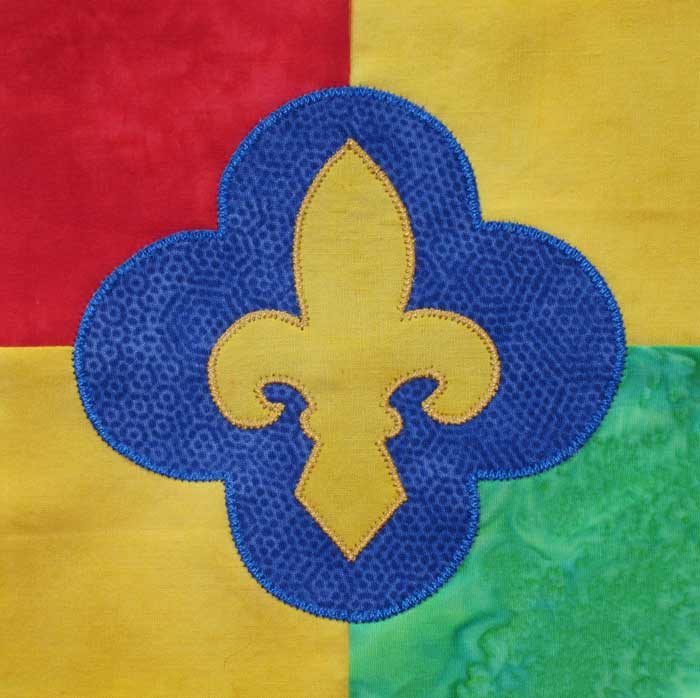 Well, you know what they say about planning: woman plans, God laughs. While the I liked the blocks which had turned out the way anticipated, I thought the colors and feel were too bold for the delicate nature of the embroidery. Worse, while the design looked good on paper, I realized I didn’t like the appearance of the oddly-shaped sections between the inner circular border and the outside pieced borders nor the choice of the same light blue as the cathedral is stitched upon. I puzzled over it for a few days. What if I changed the color of these sections by widening the outside borders? Not much else came to mind.
I’m not sure what happens in the brain when you mull design decisions over time, but last night, without any real thought I started placing blue and red triangles I had cut for the pieced border around the outside edge–no blocks nor any other of the planned elements, such as the circles or small fleur-de-lys. While the look is simple, it emphasizes the geometric nature of a building and allows the embroidered cathedral to take center stage as the focal point. The amount of blue overall also emphasizes my intention to feature Chartres blue. 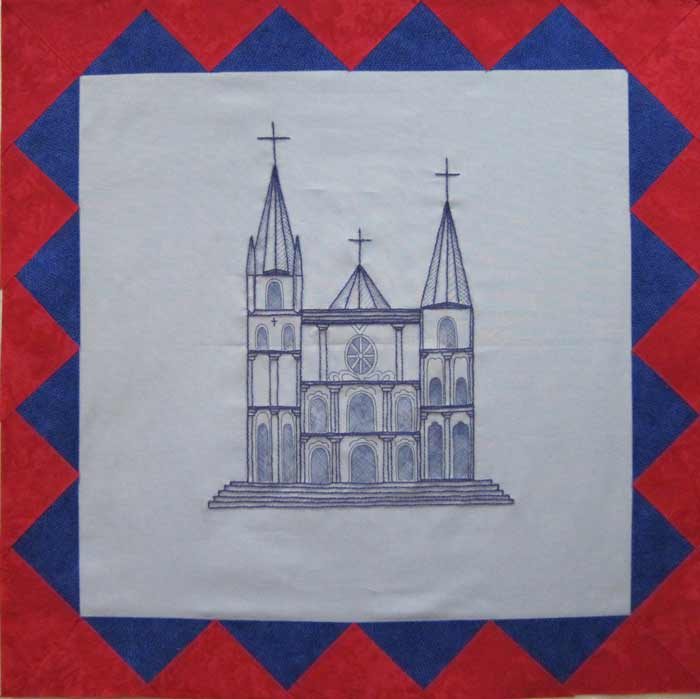 I haven’t stitched the border down. I’m planning to appliqué it, which probably sounds crazy to some quilters, but I’m definitely an appliquer rather than piecer, and I’m not the only one. I took a class from Melinda Bula a couple years ago to learn her appliqué technique, and she showed us this is how she does “pieced” borders! I’m not frustrated things haven’t worked out as planned. This is the farthest I’ve veered off from a design in a long time. But as I said in the initial post on creating this quilt, each step can lead to new ideas and hopefully better design. The blocks aren’t wasted. One will be part of the label. The other three–who knows?

I’m not done yet. I’m auditioning fleur-de-lys in the four inner corners, because I want to emphasize the French connection. 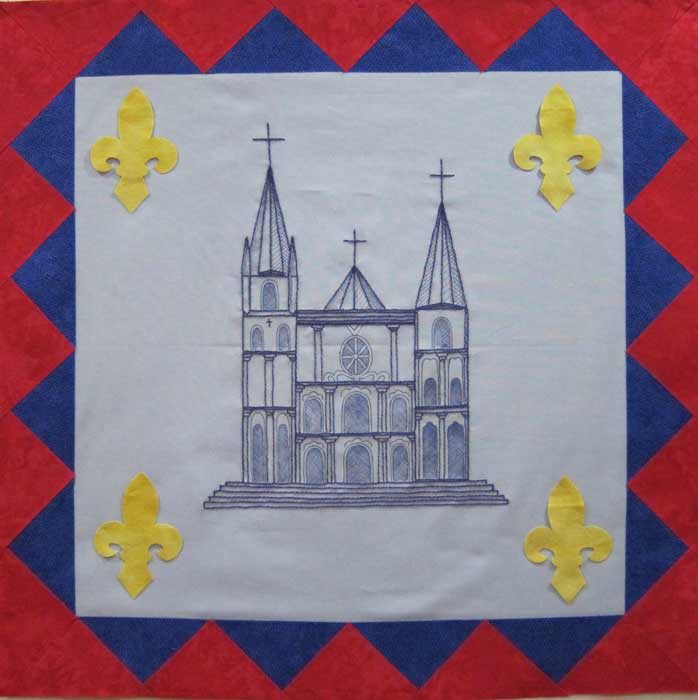 I plan to couch a fiber around the edge of the outside border, probably black. And I still have to decide how I’m going to quilt the piece.