Mike and I spent the past weekend in Yachats to see the Gems of the Ocean quilt show and visit a town and part of the coast I haven’t been to in probably nine years. I was impressed with the caliber of the quilts juried in. There were even three international entries, two from Belgium and one from Australia. Here’s a shot of the area where my quilt “At the Ocean’s Edge” was hung. As you can see there were many images of whales, fish and kelp, seascapes, and even some abstracts, although the largest number of quilts were representational, including the first, second, and third prizes. 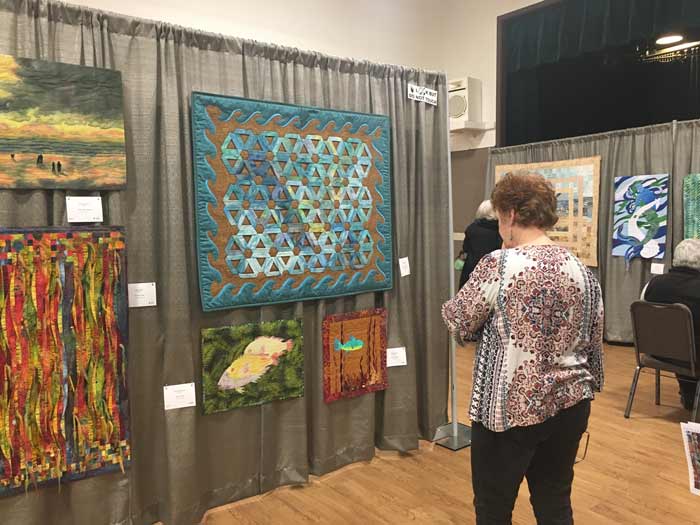 Gems of the Ocean Quilt Show 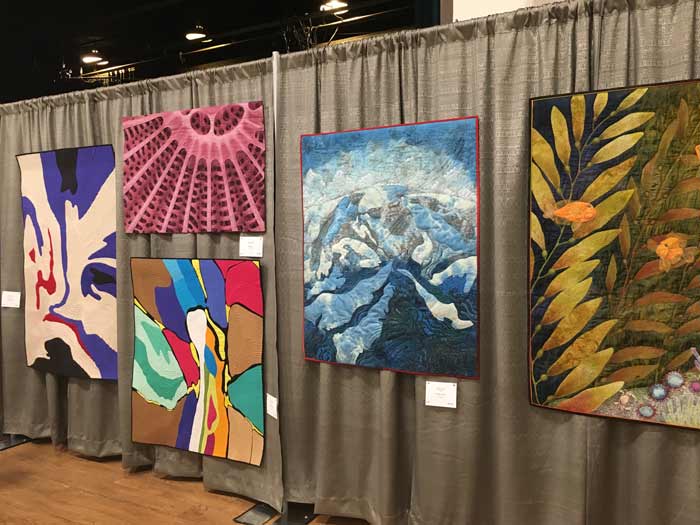 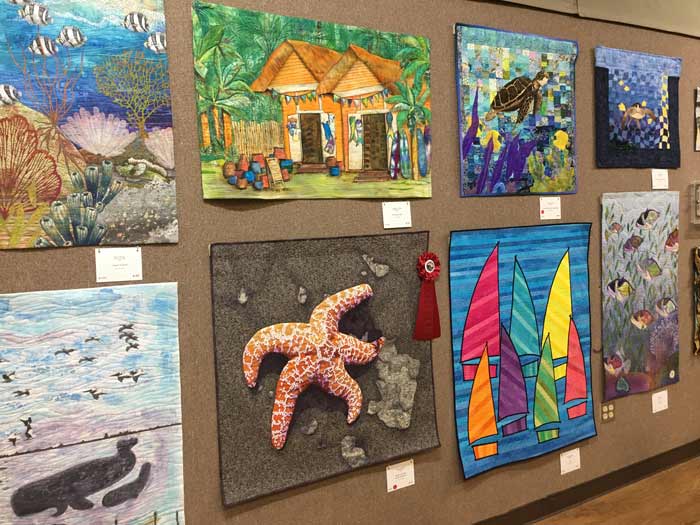 I took photos of quilts created by three people I know. The quilt below was done by, Janet Hiller, one of the quilters in the World Heritage Sites exhibit and the International Fairytale Challenge that I’m participating in. 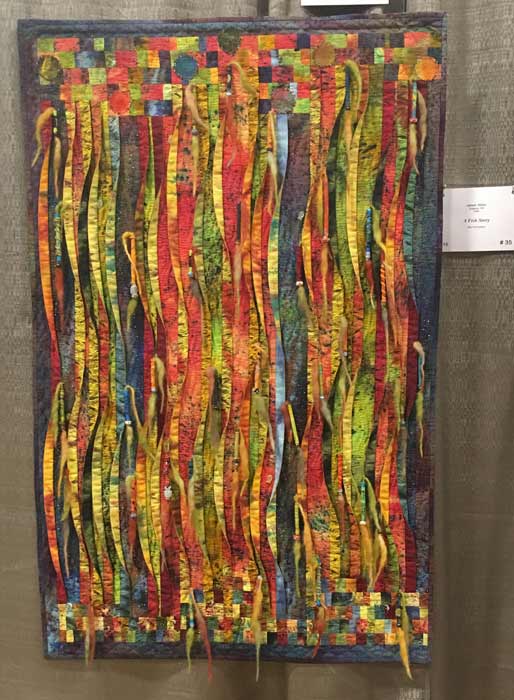 “A Fish Story” by Janet Hiller, Eugene, OR

Nancy Tubbs, current president of Northwest Quilters created the quilt below of her husband’s car. She composed the sky of tiny Pineapple blocks. 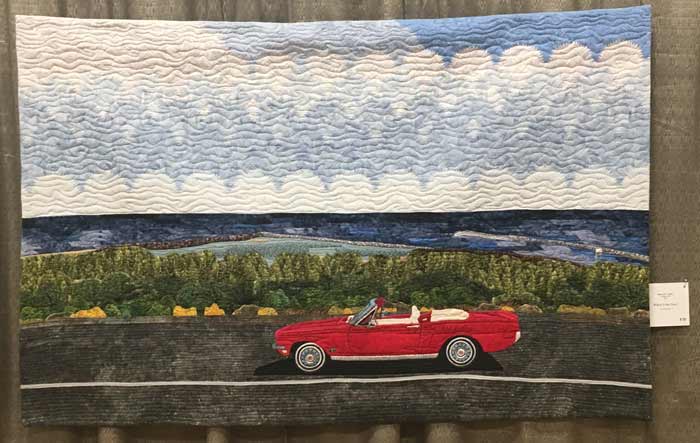 “Which is the View?” by Nancy Tubbs, Portland, OR

The following quilt is by the judging coordinator of the Oregon Coastal Quilters’ Guild in Newport, OR. I’m judging for them this year and next. This quilt won the Viewer’s Choice award. The quilt will also be the image for the poster and logo for this year’s Newport show. 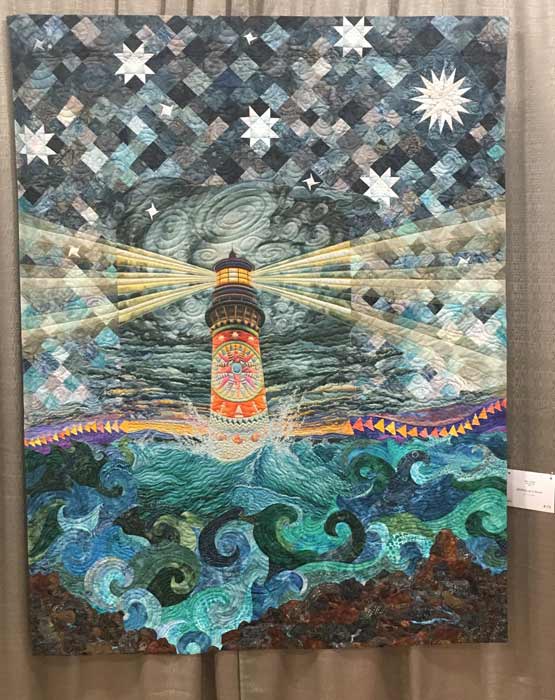 “Quilting Up a Storm” by Nan Scott, Newport, OR

As stormy as it was Saturday a good part of the day, the weather was gloriously beautiful all day Sunday. We took advantage of the warmth and sunshine and drove a few miles south to Cape Perpetua. The Cape is known for turbulent waves smashing against the rocky shoreline in stormy weather. Needless to say I didn’t get those photos, but the ocean crashing against the rocks even on a calm day was impressive nonetheless. 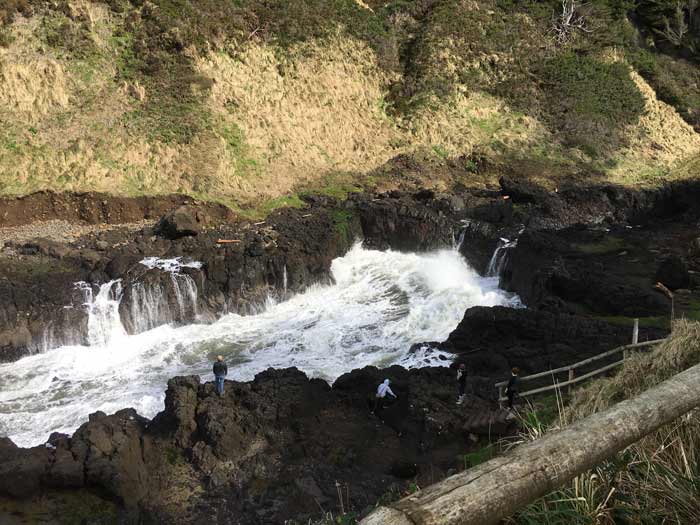 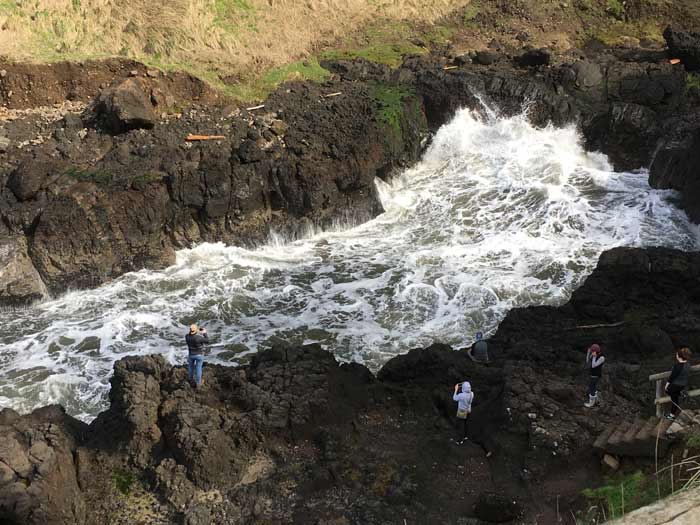 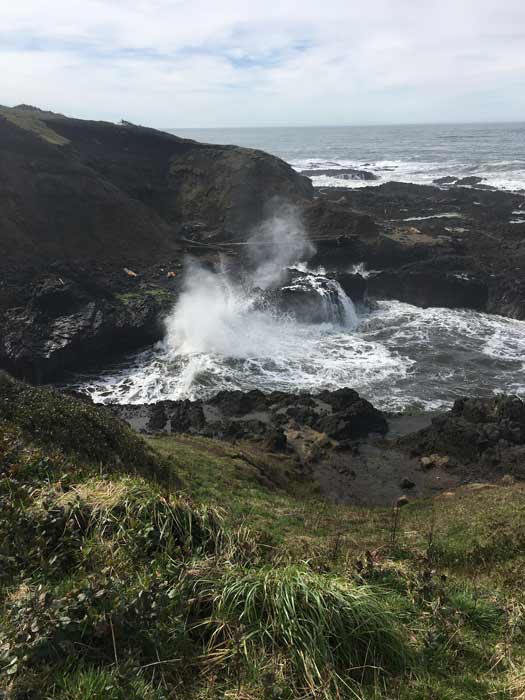 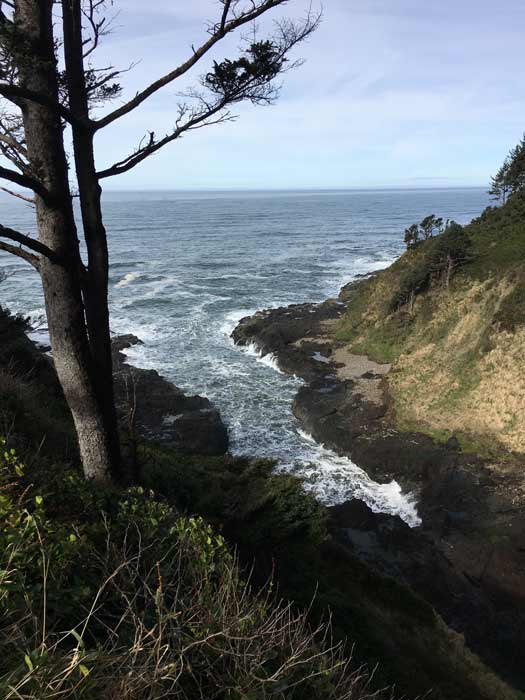 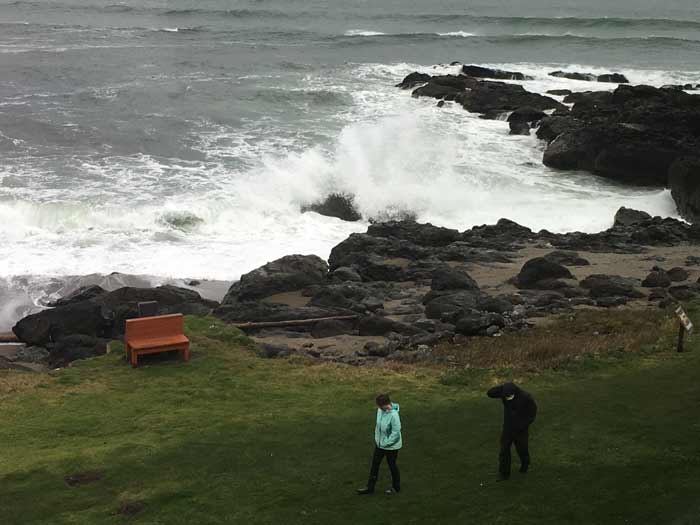