Robin Lancaster created a stunning piece for the International Fairy Tale Challenge. She beautifully describes her experience, the details of the tale, the inspiration she took from it, and her techniques.

“For years I have wanted to participate in a challenge but never had the confidence to do so. When the fairy tale challenge came along, I signed up before I could think twice about it and talk myself out of it. I requested a non-American fairy tale and was delighted to be assigned Urashima Taro, a Japanese tale.

Urashima Taro is about the best fisherman in the village who rescues a sea turtle being taunted by some children. The next day the fisherman is invited by a messenger turtle to the undersea kingdom of the sea turtle he rescued who happens to be a princess. The princess and fisherman immediately fall in love. After three days the fisherman requests permission to visit his parents to say good-bye. The princess is sad but agrees. She gives the fisherman a box, but tells him he can never open it. When the fisherman arrives back on land he finds not three days have passed, but 300 years and everyone he knows including his parents have died. He is despondent and absentmindedly opens the box. A haze escapes from the box which turns out to be his “old age.” He is immediately transformed into an old man and can never return to the undersea kingdom.

The Japanese moral is, “Always keep your promises.”

In researching the fairy tale I found most of the artwork on this fairy tale was the fisherman being transported to the undersea kingdom on the messenger turtle’s back. I wanted to challenge myself to not do typical artwork of the story and at the same time not make an Americanized version of a Japanese story. I researched Japanese art, waves, trees etc. so I could get the flavor of Japanese art.

Hidden in the waves is a sea turtle. The name, Urashima Taro, is hidden in the tree trunk. The waves are similar to Japanese waves. I used many different threads for the water and fisherman. The waves, sea froth and tree are raw edge appliqued and applied to the background as a unit. The hardest part was finding the right fabric to seamlessly blend from the blue green waves into the gray brown tree trunk.

I loved doing this first challenge and look forward to future challenges.” 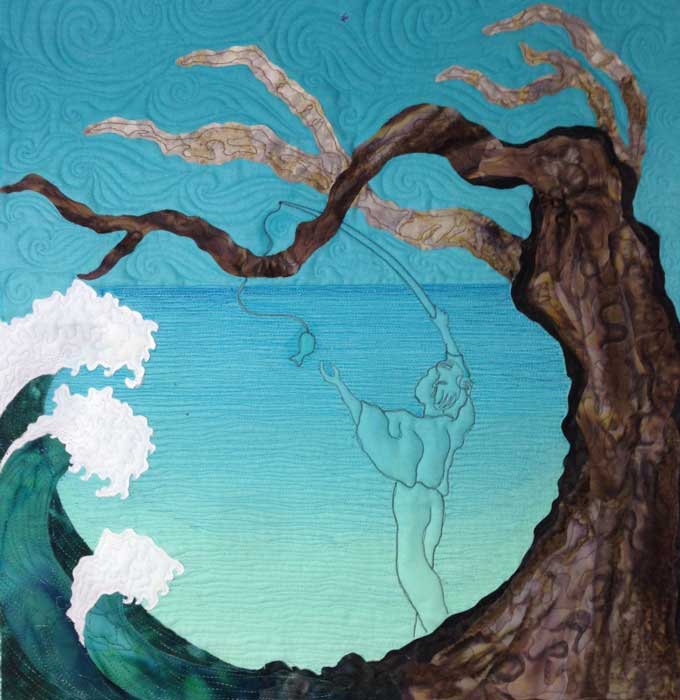 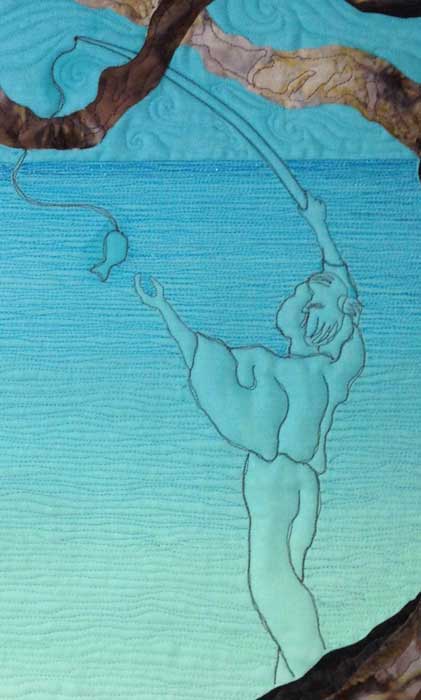 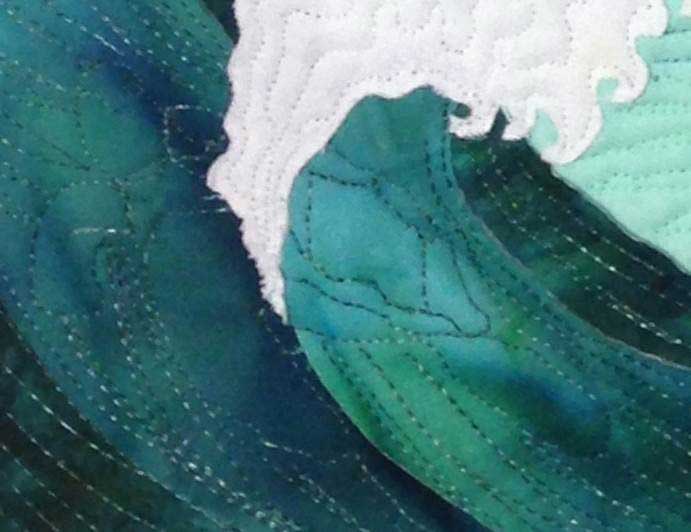 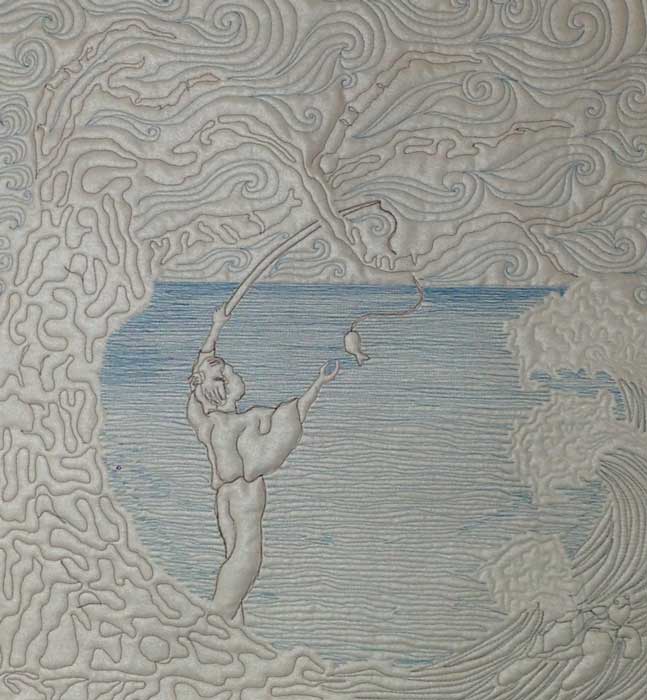