I’m a member of the Visions Art Museum in San Diego. I joined several years ago, because I want to support fiber arts and art in general. As my son lives in the city, I have the chance to see the museum’s latest exhibit whenever I’m in town. Visions has an artist level membership which offers several benefits. One of them is an on-line exhibit four times a year with a different theme for each. When I saw the latest one called Summertime I knew I had the perfect one to submit. I was happy to hear today it has been juried in. I made it several years ago for a traveling exhibit for the national certified judges’ group of which I’m a member. The quilt was also been featured as a pattern in a summer issue of American Quilter magazine.

The quilt is called Dreaming of Summer and measures 30″ x 30″. It was inspired by the kites flying at Cannon Beach on the north Oregon coast, one of my favorite places in the world. 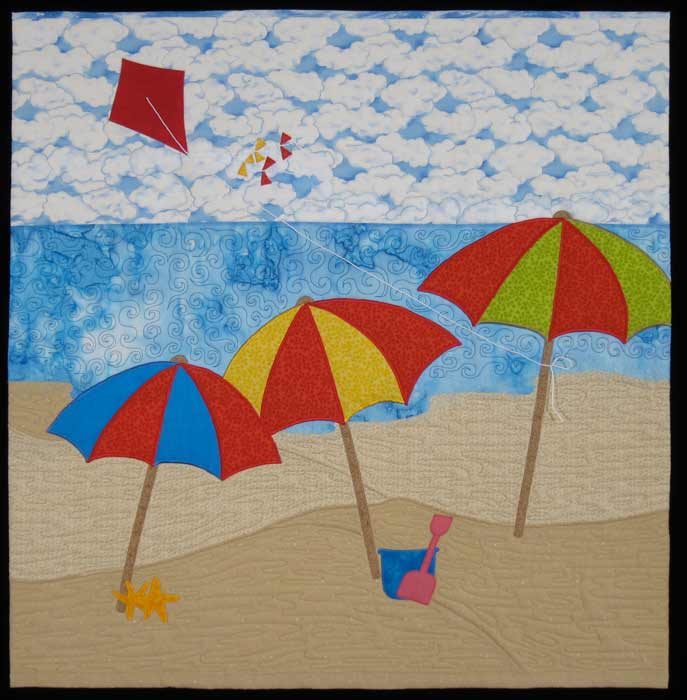 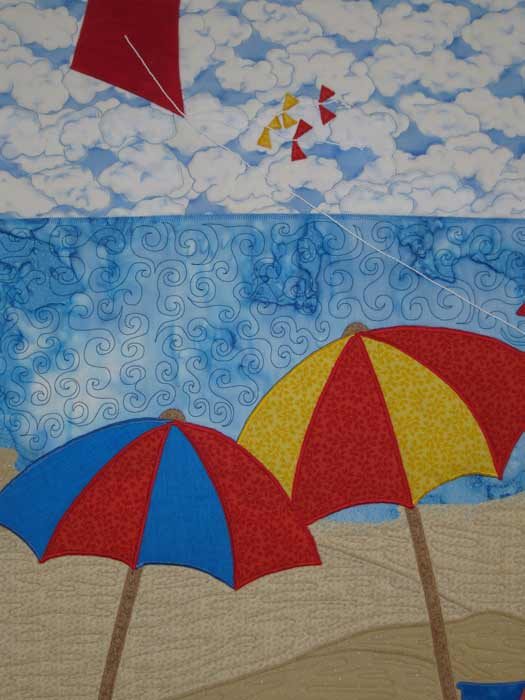