One end of the Insadong neighborhood is marked by The Artist’s Brush. Notice the “stroke of paint” in the square, as if made by a giant hand. 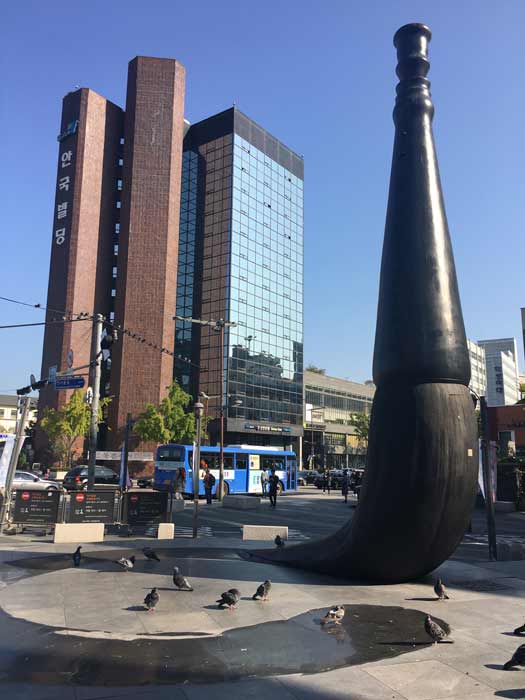 Not sure what to make of the Korean culture or sense of humor given the theme of this nearby restaurant. No, I didn’t try it! 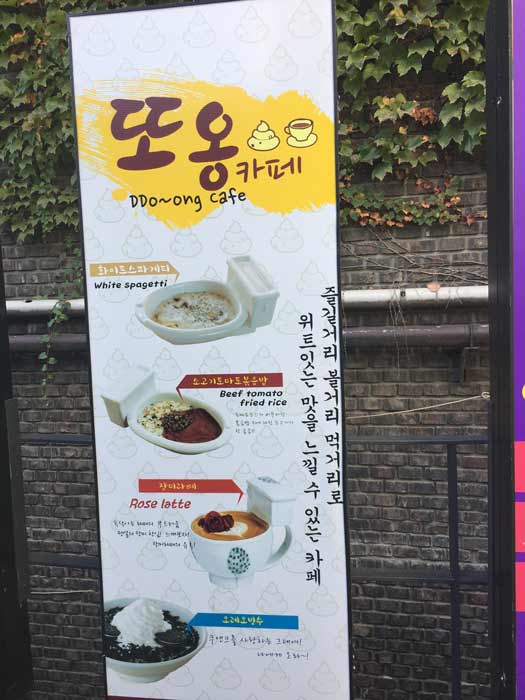 One couple who had signed up for the tour cancelled based on Trump’s inflammatory comments toward North Korea. They were afraid of the reprisals threatened by Kim Jong Un. I noticed the South Koreans went about their daily lives while we were there. You would not have known there was any problem. This photo op bench makes comment on how they seem to feel about it, poking fun at both leaders. 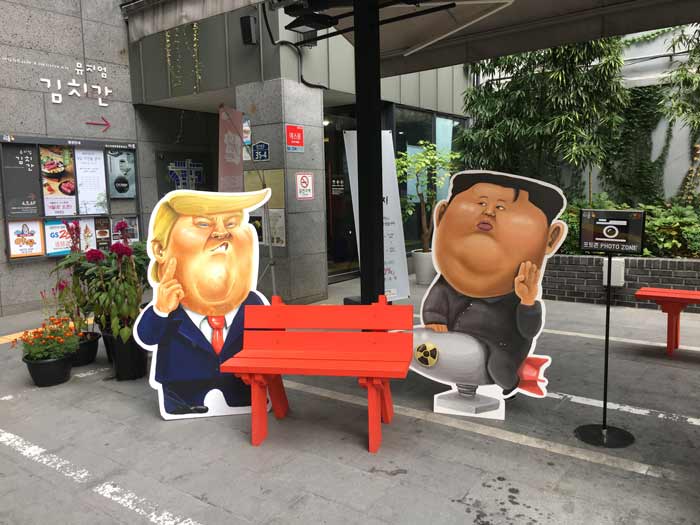