I got up the morning after I arrived and decided to investigate the areas beyond the Insadong neighborhood. When I reached a six-lane thoroughfare and turned left, I was blown away by by the sight greeting me. Across the street was the entrance to the Jogyesa Temple, the primary Buddhist temple in Korea, whose grounds were adorned in flowers. I had stumbled upon the Chrysanthemum Festival which takes place every October–November. Other than the temple and adjoining buildings, it seemed every surface was covered with the classic autumn flower–mums.

Primary entrance to the Jogyesa Temple. 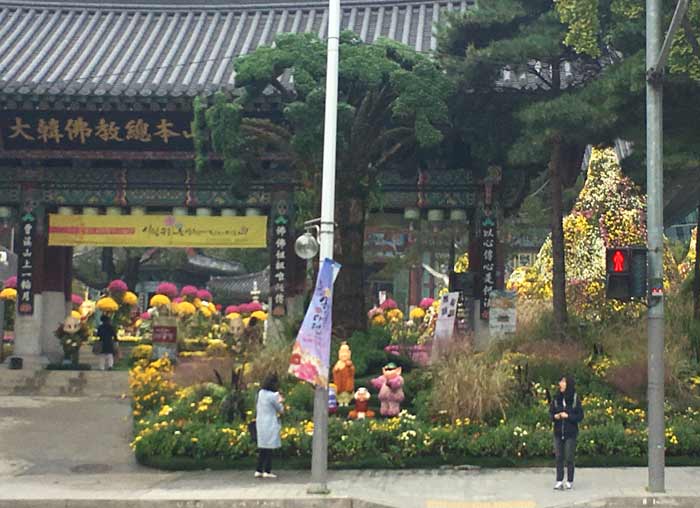 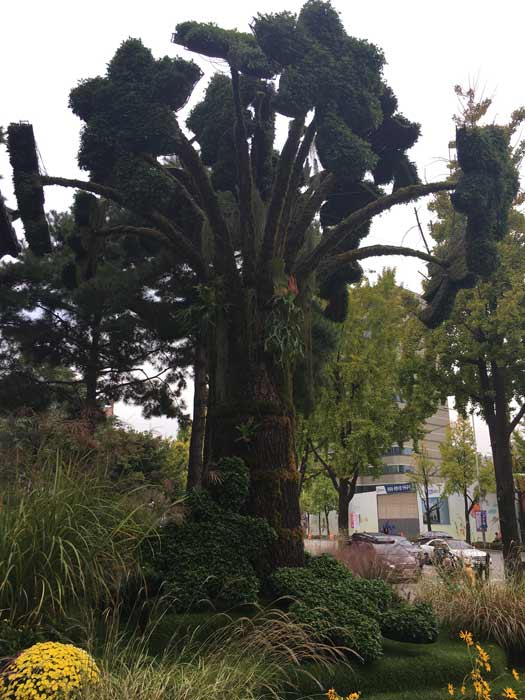 The trees at the entrance are sculpted into star shapes.

I asked Youngmin, one of our organizers, about these characters, because they seemed out of keeping with the solemnity of a Buddhist temple. She explained they are well-known to South Koreans through animated programs, giving the festival a playful air. 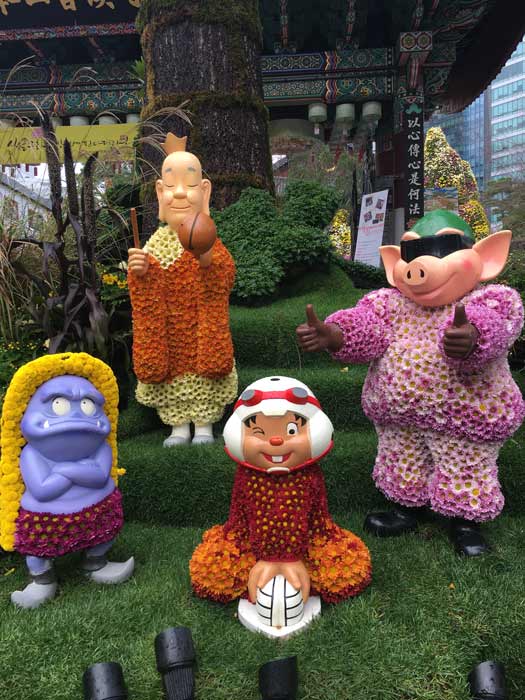 Charming characters greet you at entrance 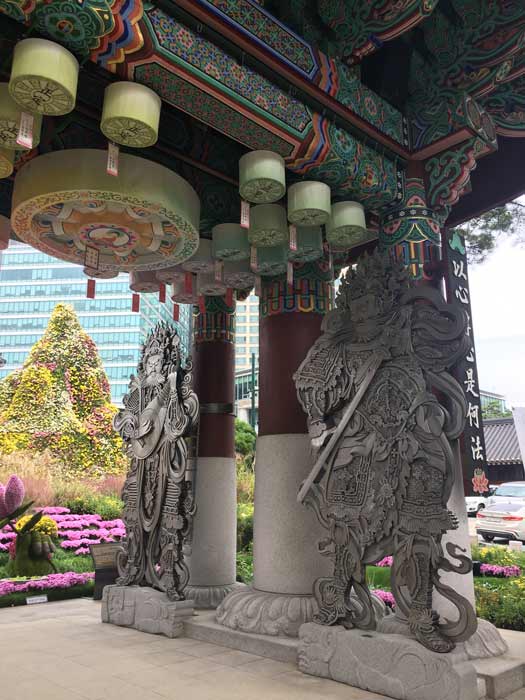 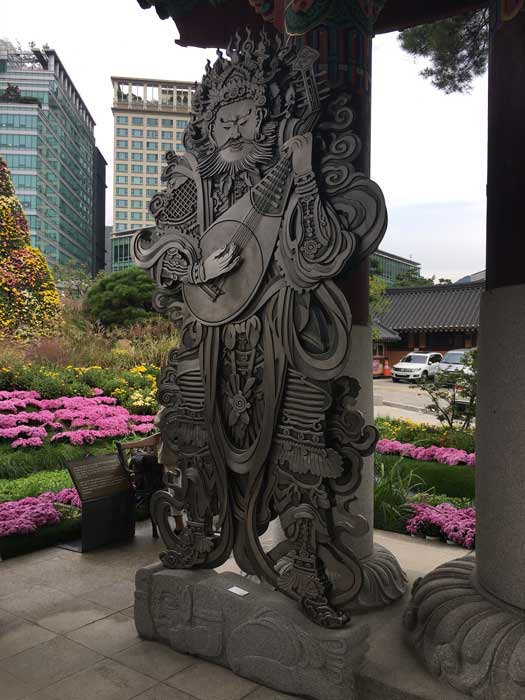 Playful characters abound throughout the temple grounds, human and animal. 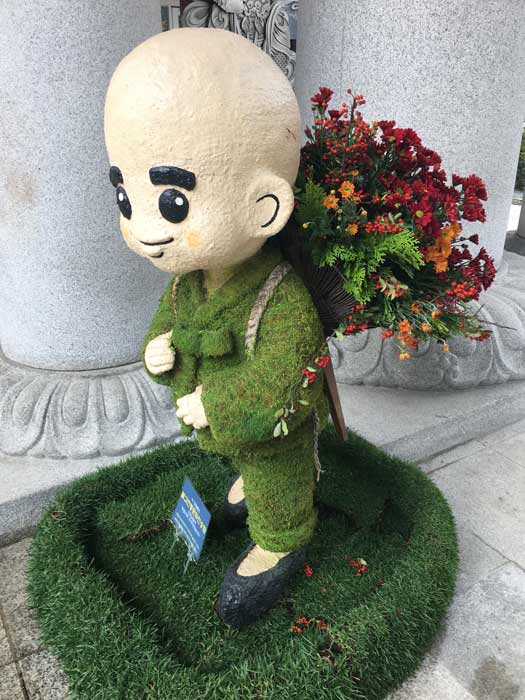 Monk with a backpack of mums 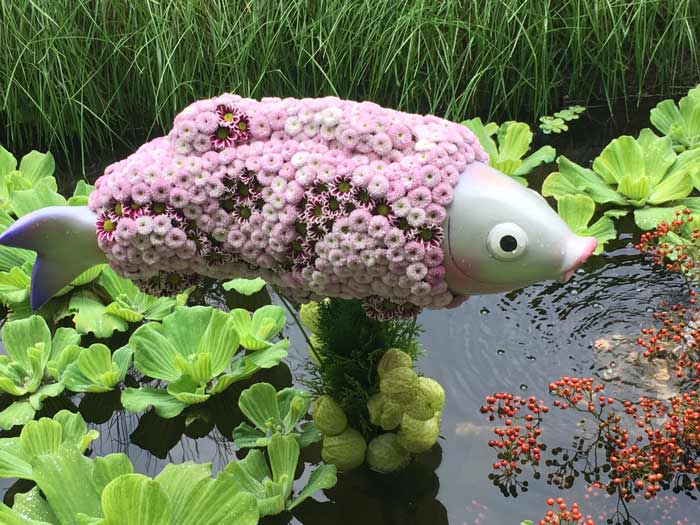 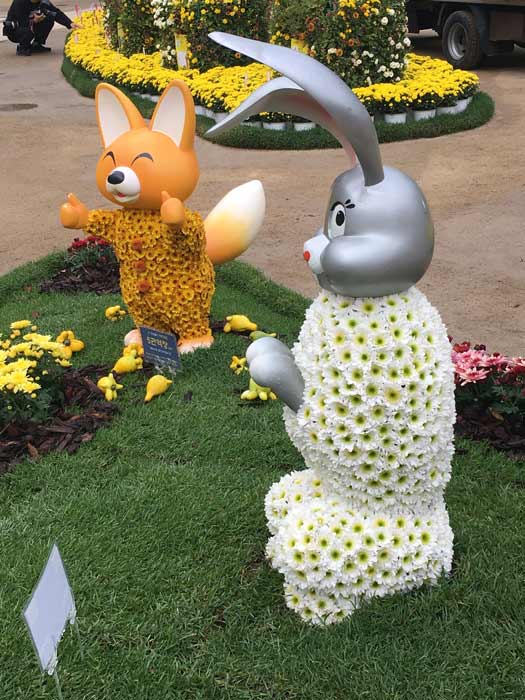 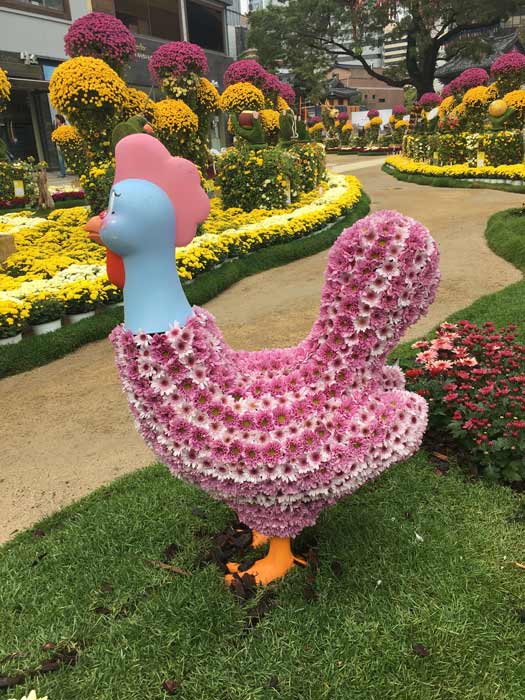 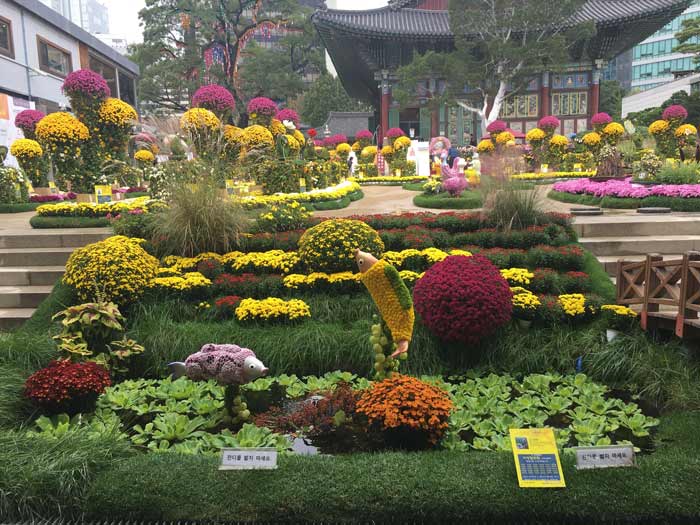 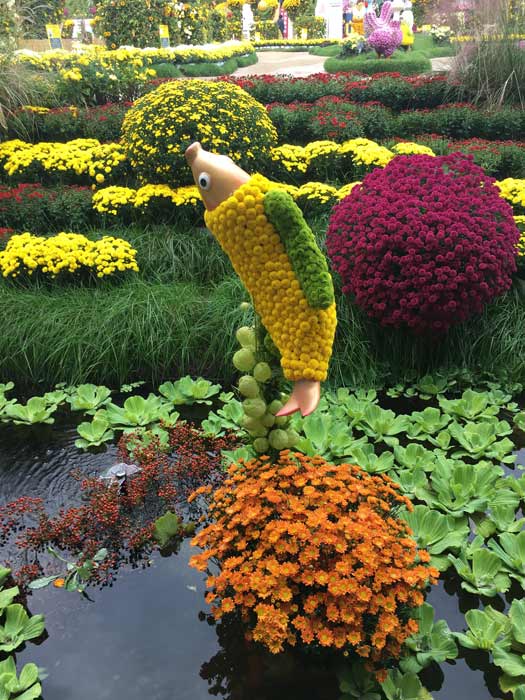 The hands which are called mudras have different messages depending upon the symbols they are holding. 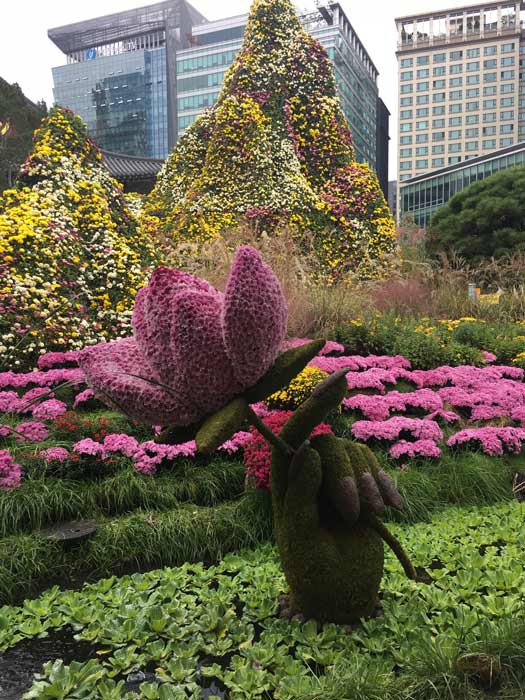 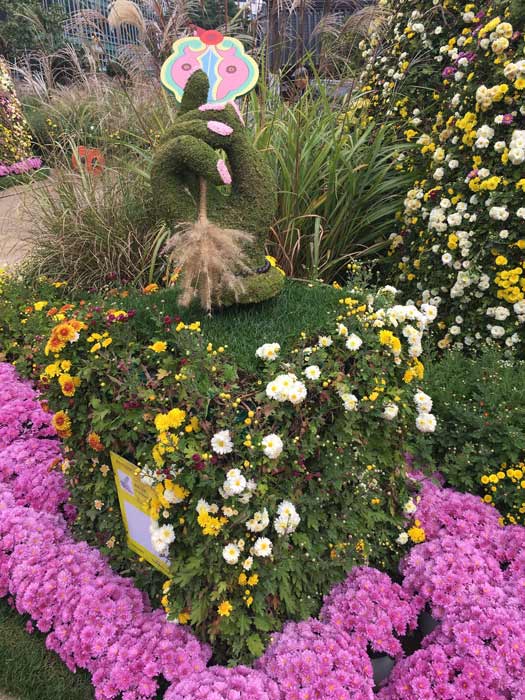 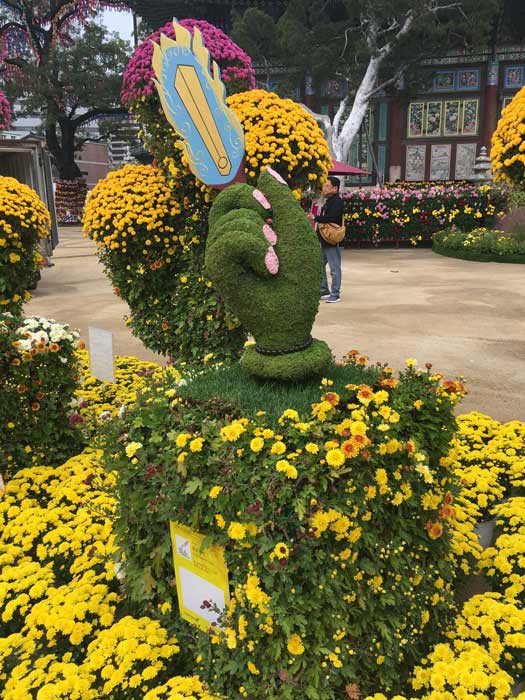 The grounds were a peaceful oasis in the midst of a busy urban scene. 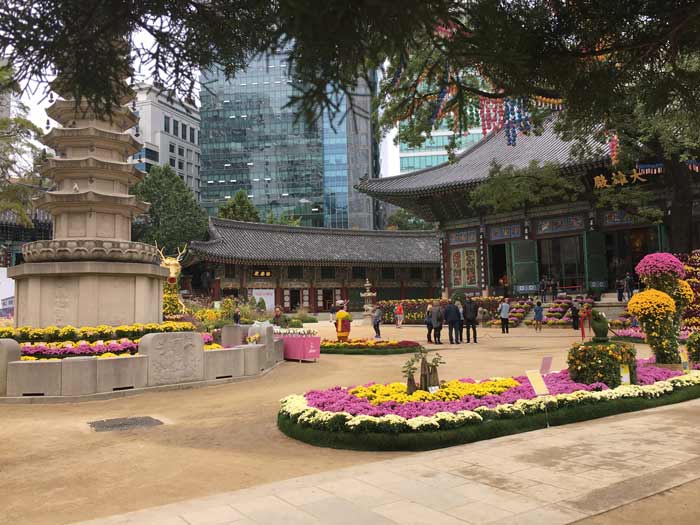 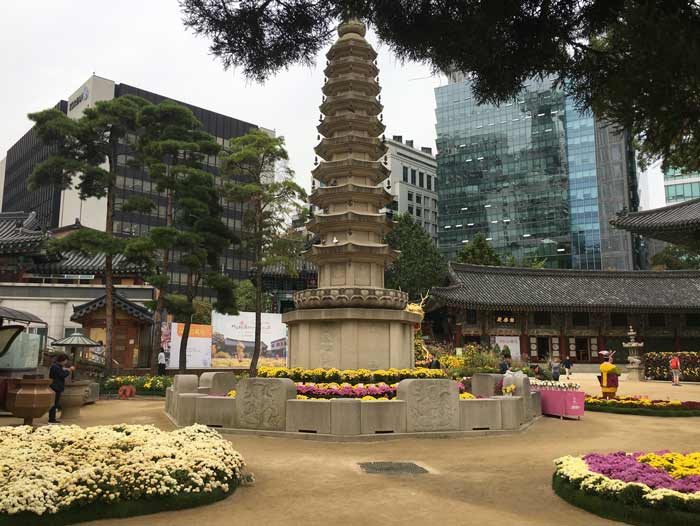 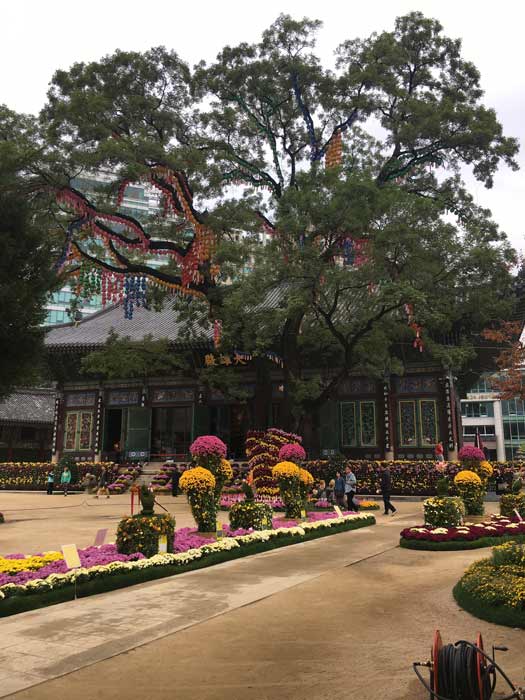 The lanterns, display, and many decorative elements in this tree were amazing. 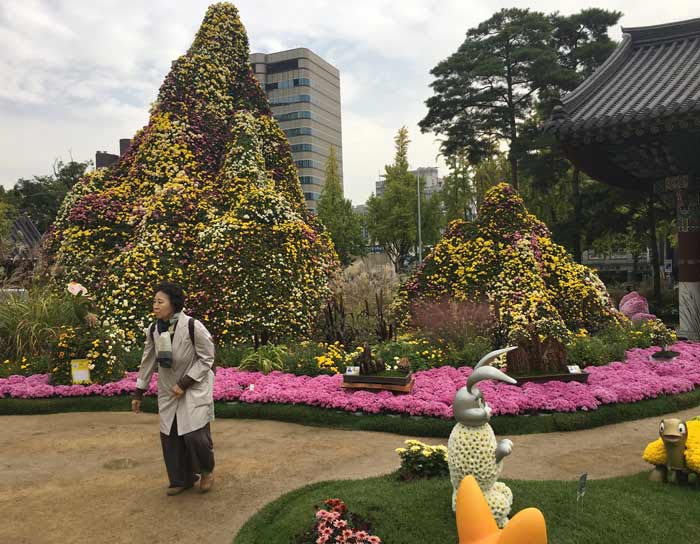 These trees really caught my eye.

These gracefully arching dolphins added to the feeling of serenity and beauty. 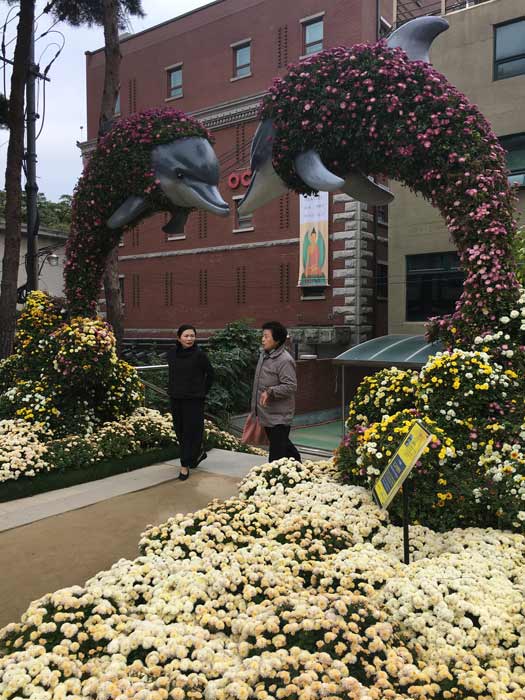 Although this was a floral celebration, many elements reminded me that the location is a Buddhist temple. You could make an offering to Buddha as Youngmin does here, whether Buddhist or not. 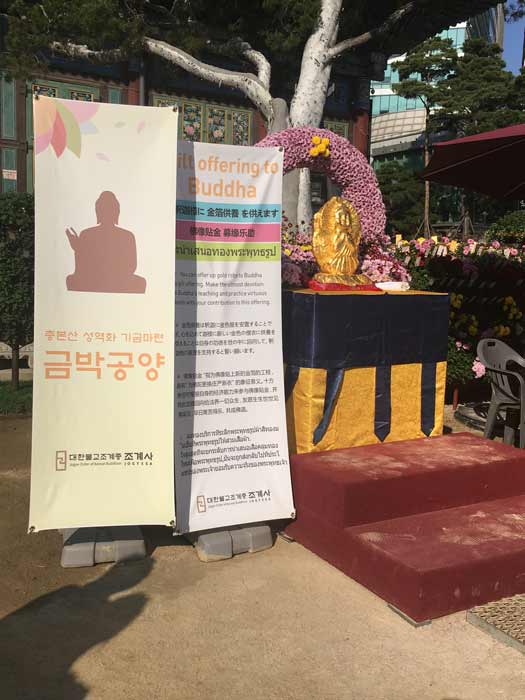 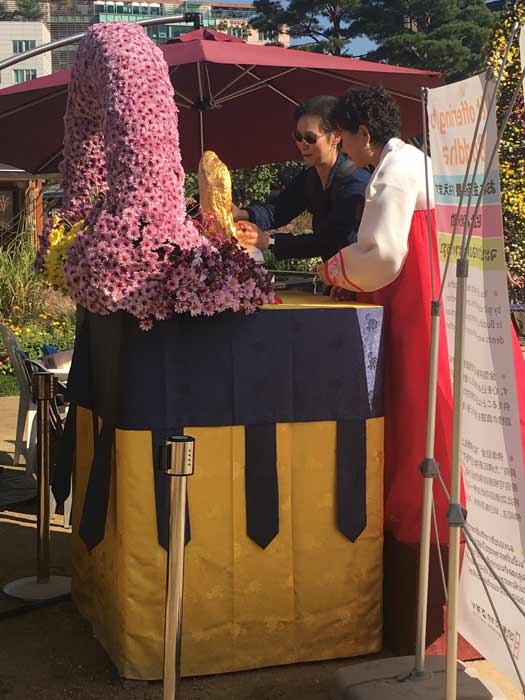 Many visitors paused to bow to Buddha here. 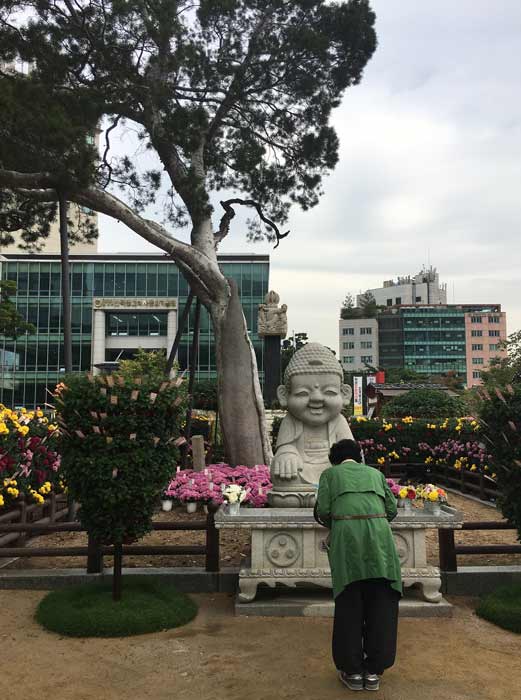 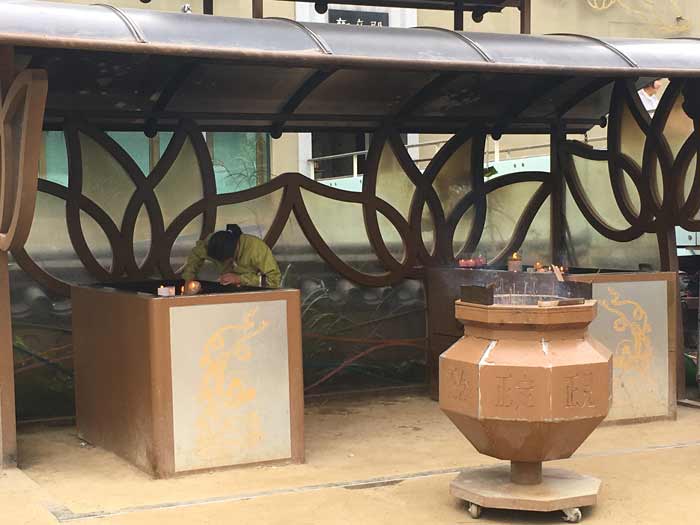 And most importantly, the temple itself. 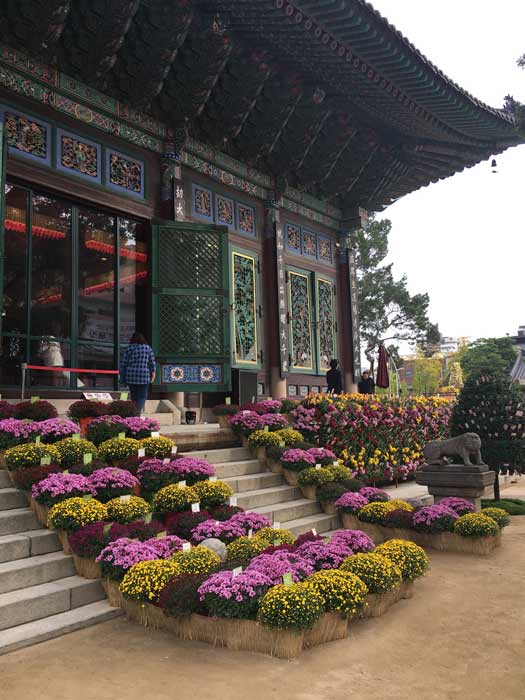 Another view of the temple

The white squares you see are written wishes tucked in amongst the flowers. 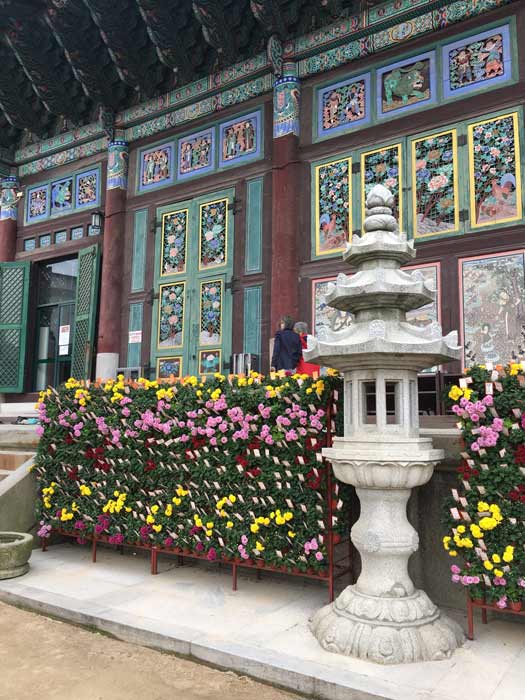 Inside are Buddhas a full story high. 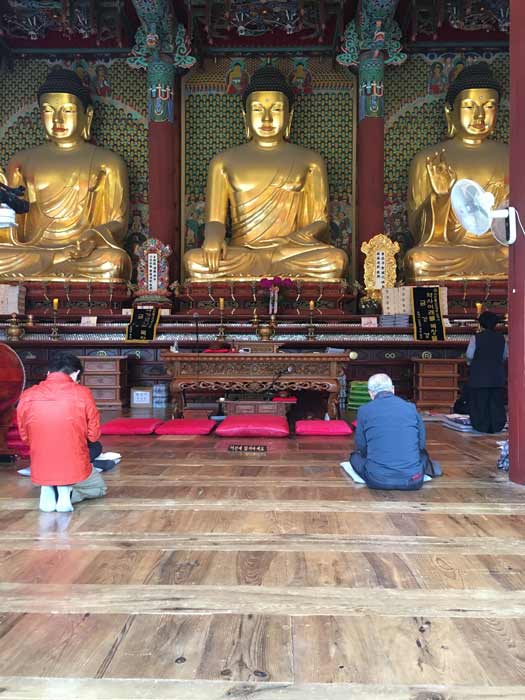 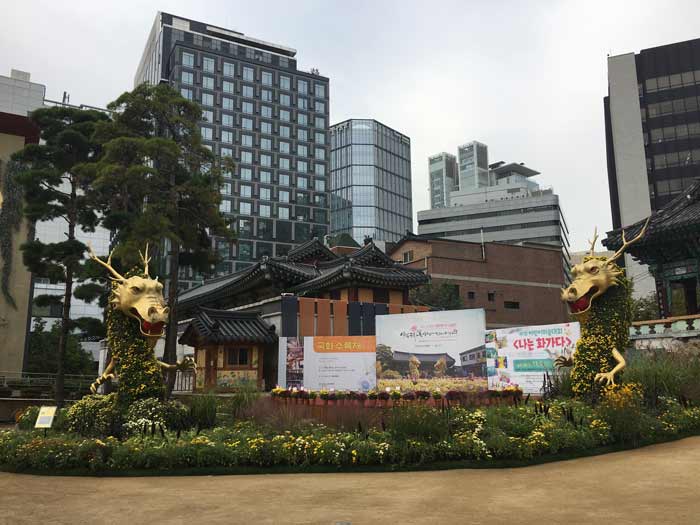 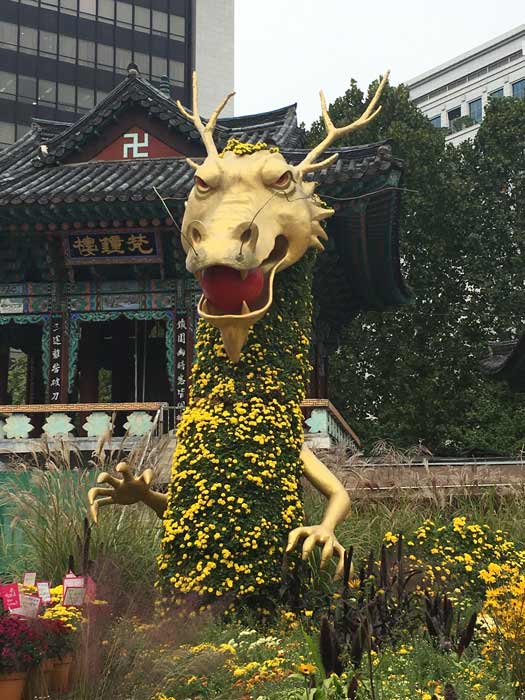 And finally, we have a monk at a snack stand. I saw vendors making these snacks a number of times in Seoul but never had a chance to try them. They look like small, round cakes. 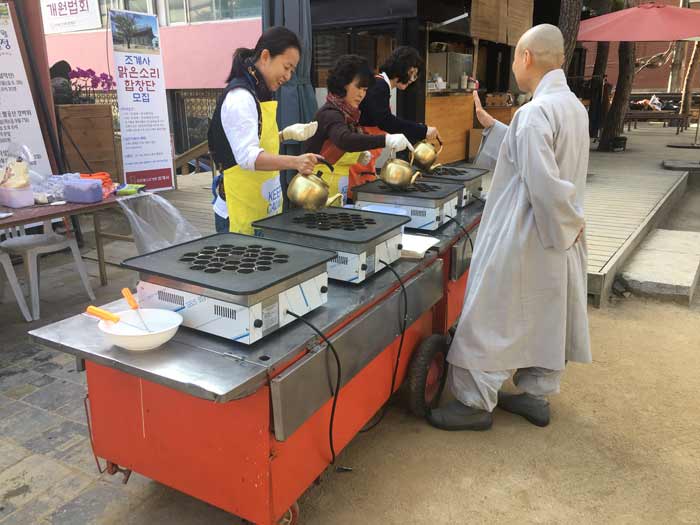