Day ten was so full, I split it into two posts. After the indigo dyeing workshop we went to one of the most unusual restaurants I’ve ever been to. Here’s what the tables look like before guests are seated. Note the “slot” between the raised sides. 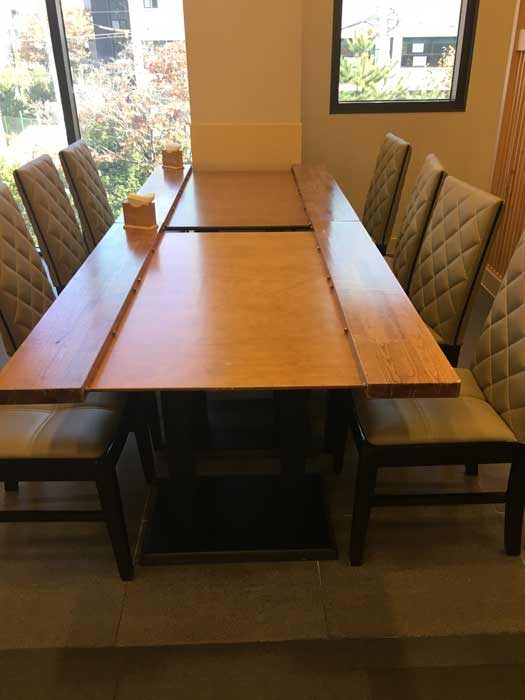 The server arrives pushing a cart. On top of the cart is a wooden plank loaded with dishes of food. The cart is the same height as the table. To serve, she lines up the cart with the slot in the table and slides the plank of food in. With eleven of us, she brought a second cart and did it again. 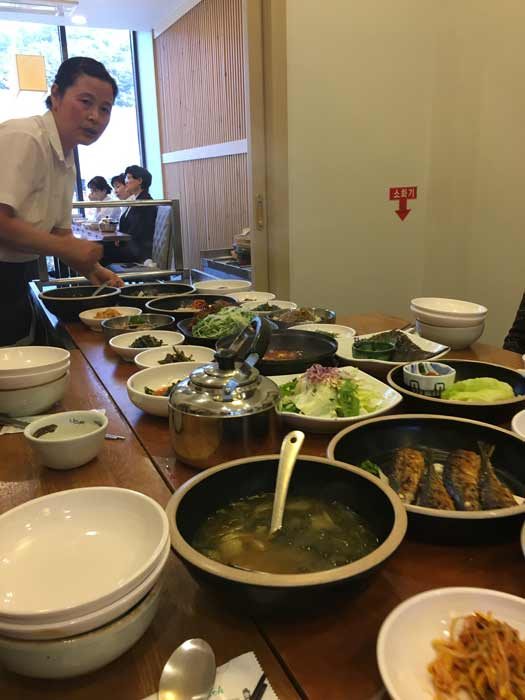 None of us had seen anything like it. You can see we were all taking pictures. 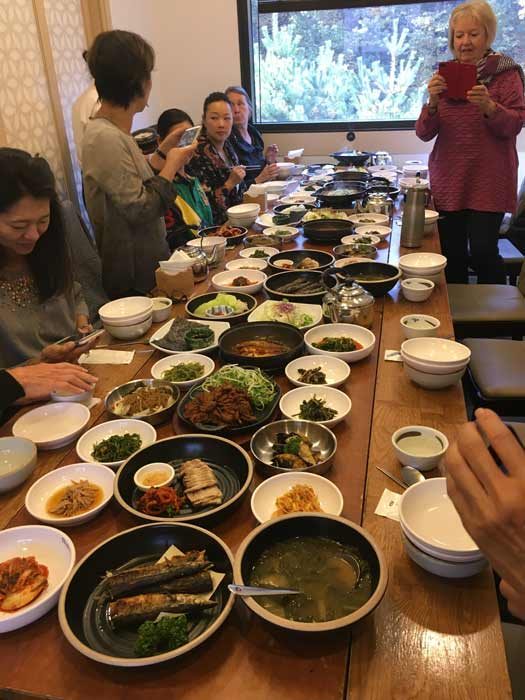 In the afternoon, we had the opportunity for a private visit to the home of Youngmin’s former professor, Sunghye Jung who is the Creative Director of HYE and a professor in the Department of Fashion Design & Textile at Inha University.  As a fabric designer, she works with  traditional Korean designs which are printed onto scarves and ties. I appreciated the complexity and detail of her work as well as the symmetry often seen in quilts. Some of the scarves are framed and hang in the hallway and entry. The background of this first scarf is stunning. 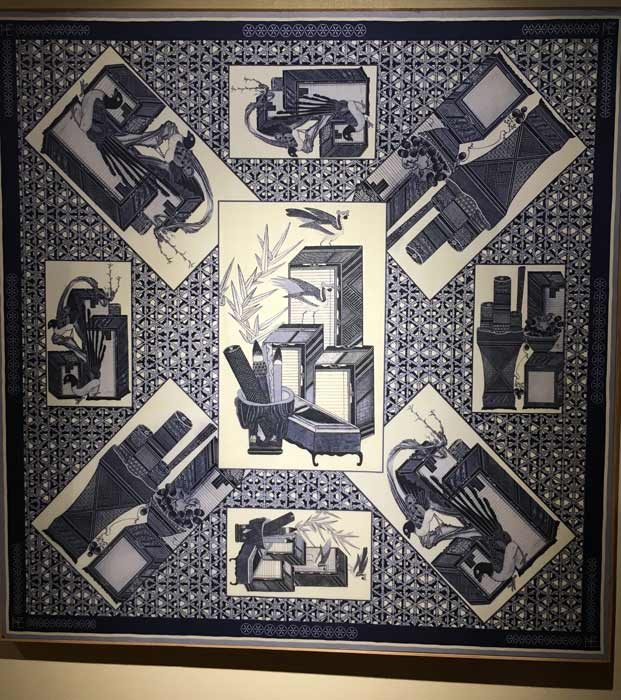 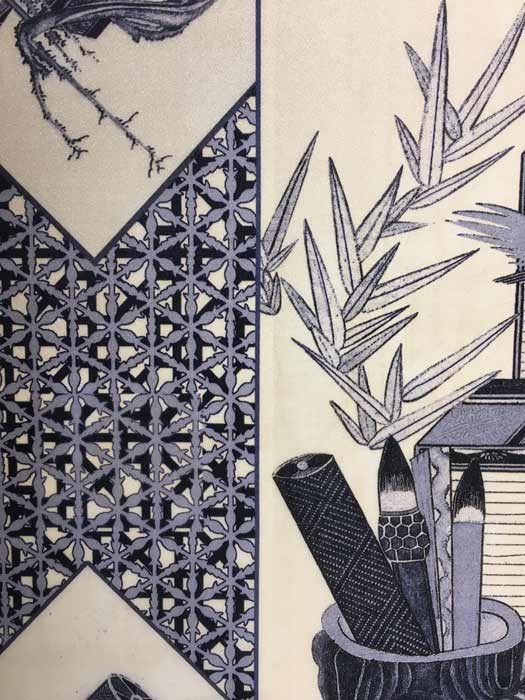 This was my favorite print. The color and pattern are so striking. 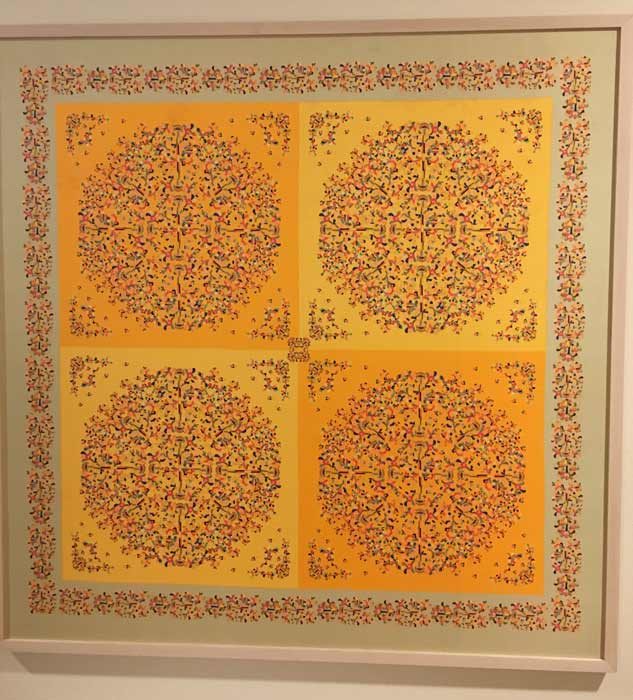 This is one of the designs I found rather quilterly. 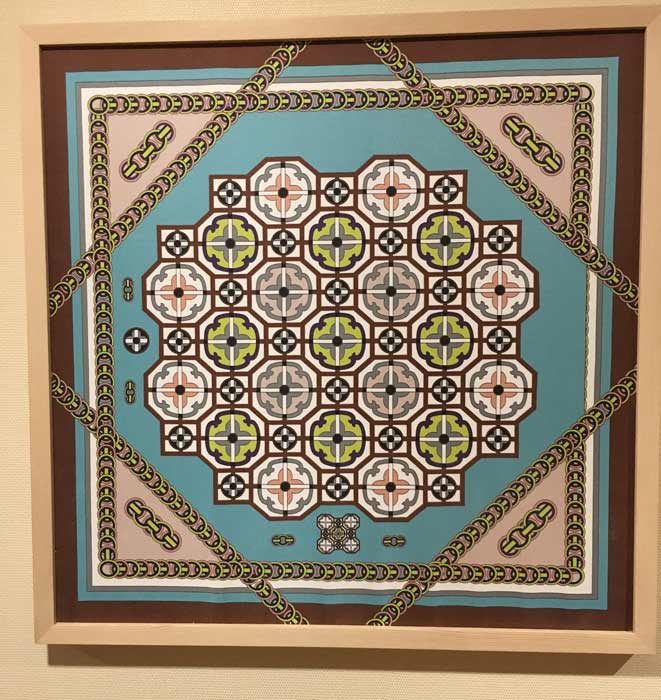 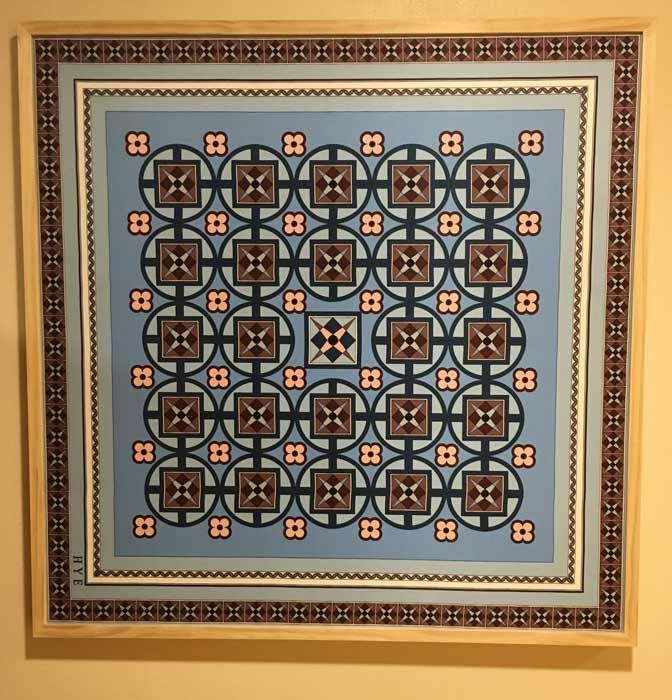 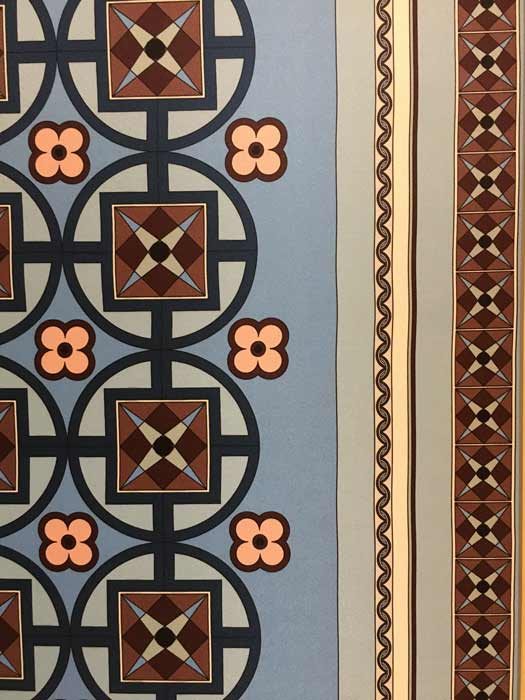 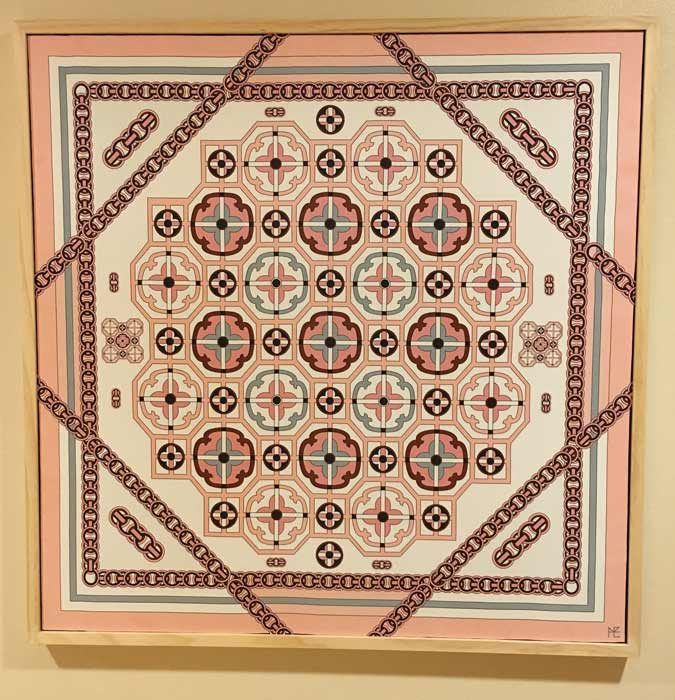 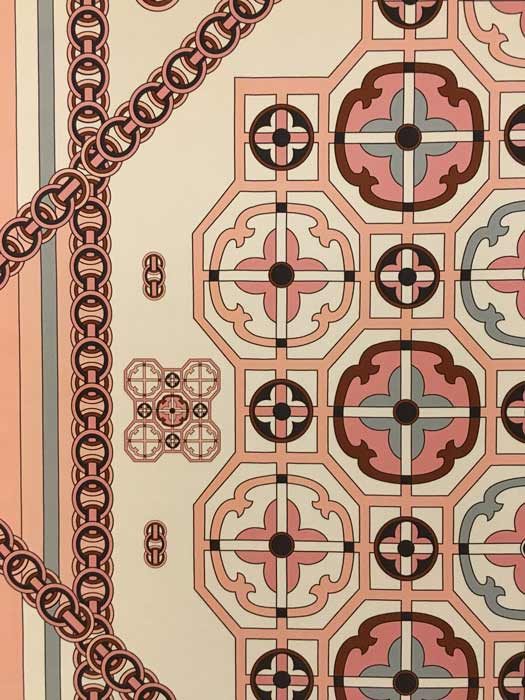 This final scarf is much more organic, with no geometric patterning. 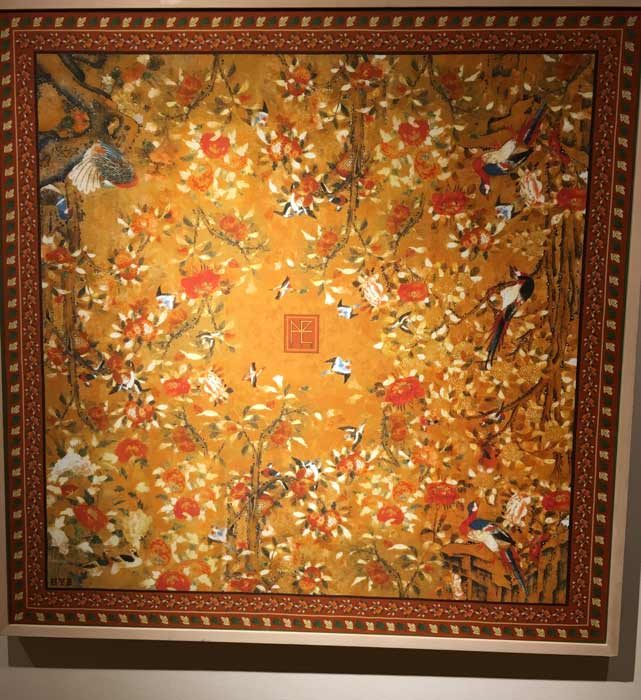 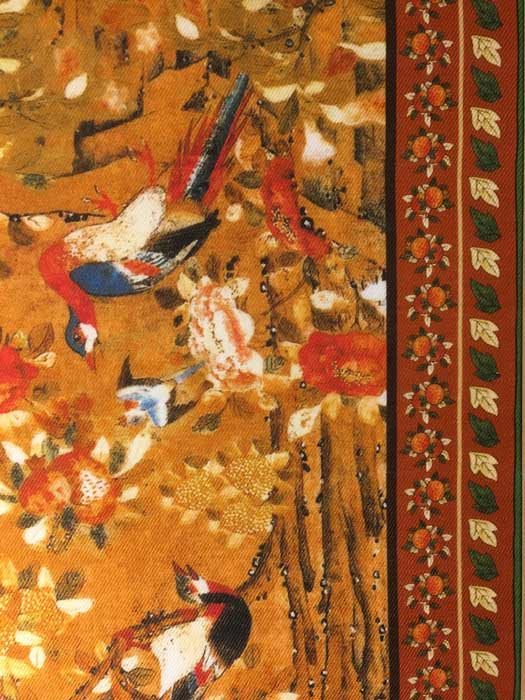 And if the day wasn’t stimulating enough, we had our first Maedub workshop. Maedup is an alternate spelling and it’s the term for the art of Korean knotting. Our instructor was Mihye Ki. This first night we learned how to make button knots to create a necklace. Here’s mine. The  knots we made are the small black ones. Miyhe supplied the larger colored knots which we alternated between our own. For our second lesson on a following night, we learned how to make the large woven knots, which I will show in a subsequent post. I enjoyed learned Maedub so much, I purchased a book on the art and have been practicing other types of knots. 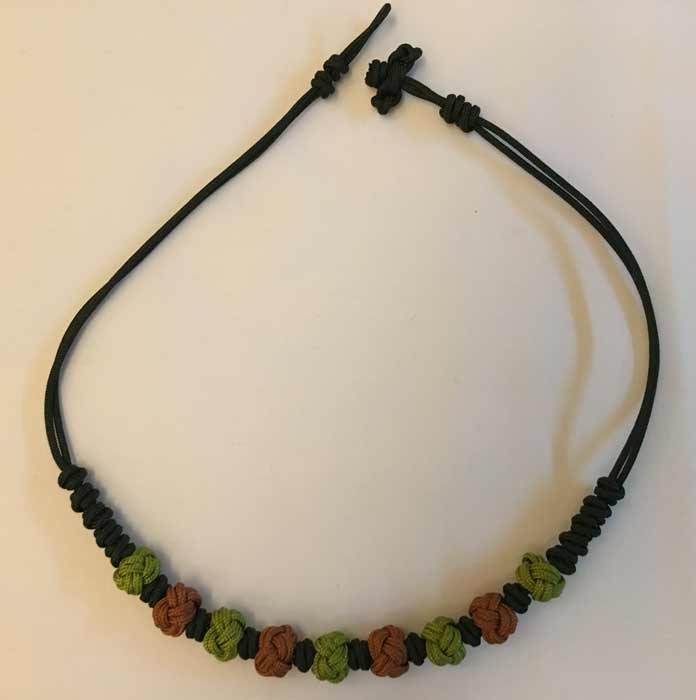