Twice a week I walk three-and-one-half miles round trip to the gym where I do strength training, passing Portland State University each way. A few weeks ago, I noticed workers peeling up the lawn and laying out lines in an empty, grassy area of the university’s grounds. Next concrete was poured and sprinklers installed to water fresh, new turf. Then it seemed, all in the space of a day, a sculpture appeared. I’m a big fan of outdoor installations and find this one interesting from a variety of angles. When I took the second photo from the opposite side, I noticed how the “legs” of the piece frame the tree behind it. I haven’t seen a title yet but will look for one tomorrow. 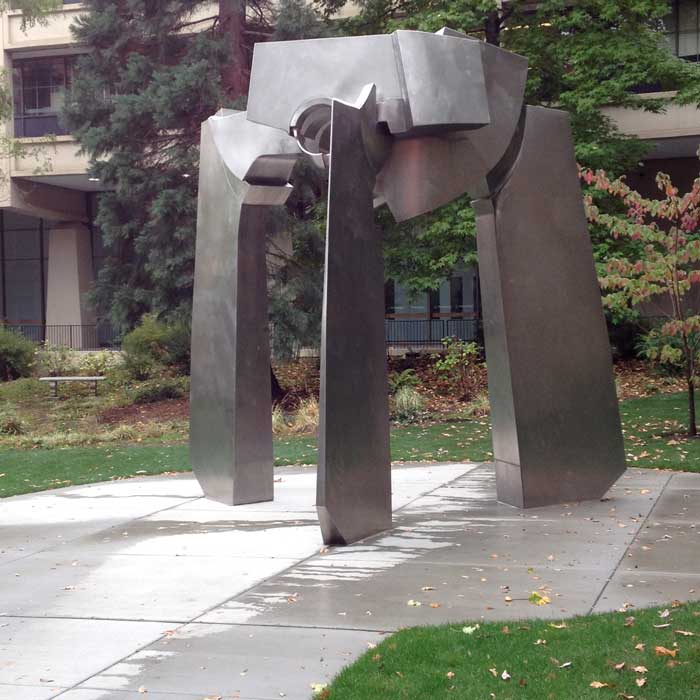 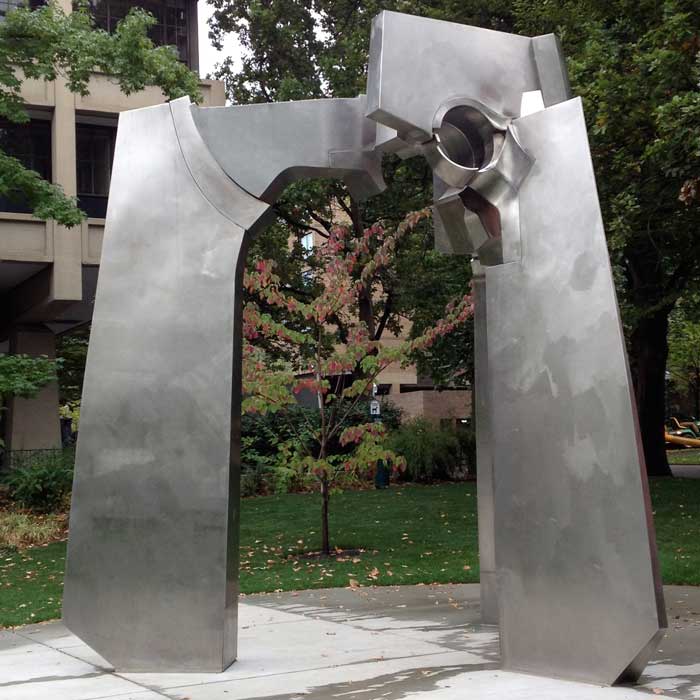 Halloween is just a short time away. Several years ago we began hanging giant spiders on our house. Now a lot of neighbors are joining in with Halloween decorations popping up everywhere. My favorites belong to a neighbor down the street who each year puts an enormous black inflatable cat on top of his garage. At night the eyes and yellow toenails light up. At the front door is a very realistic-looking werewolf. When I took his picture, he snarled at me to my surprise. I’m guessing he’s going to scare some trick-or-treaters on Halloween Eve. 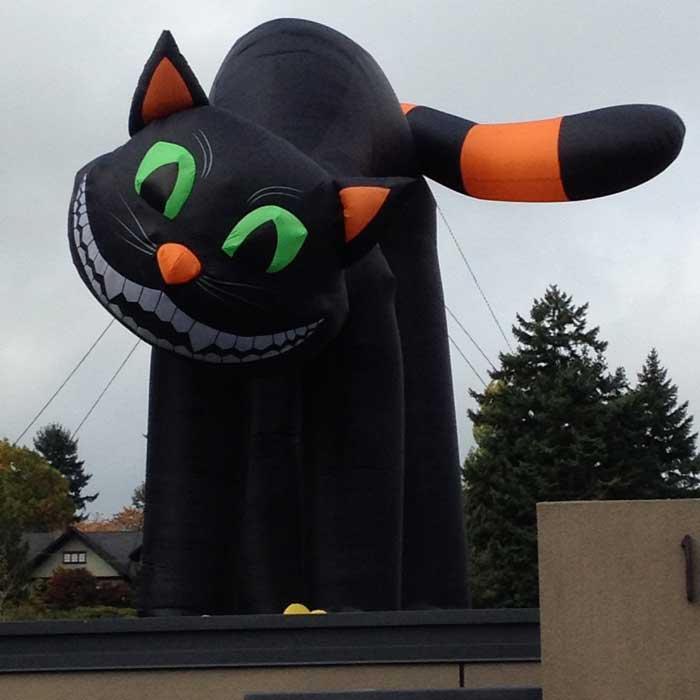 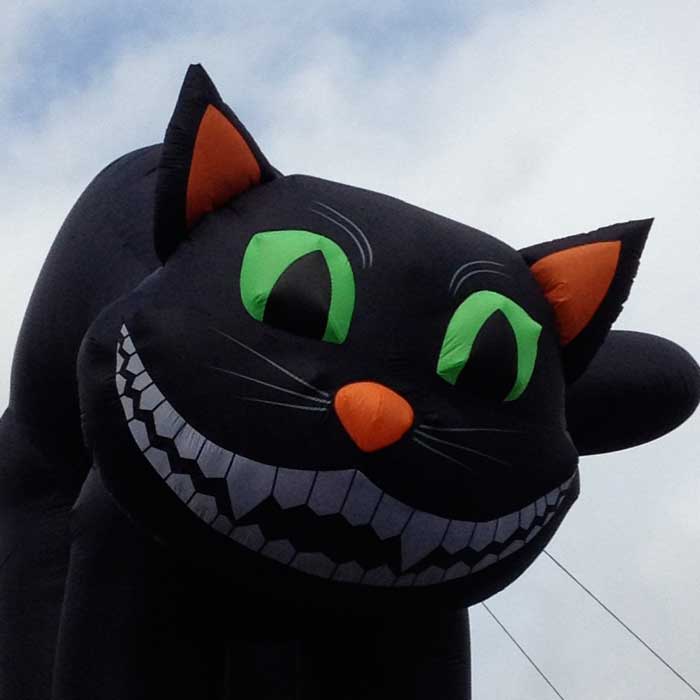 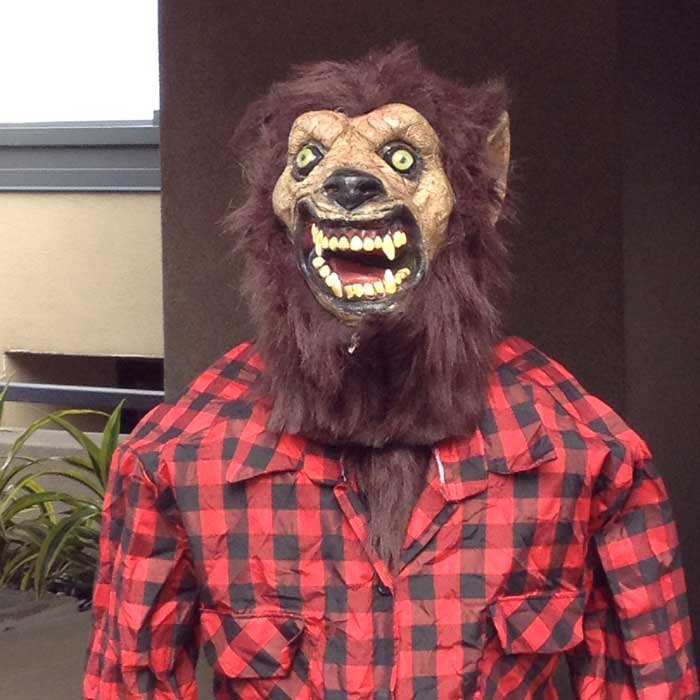 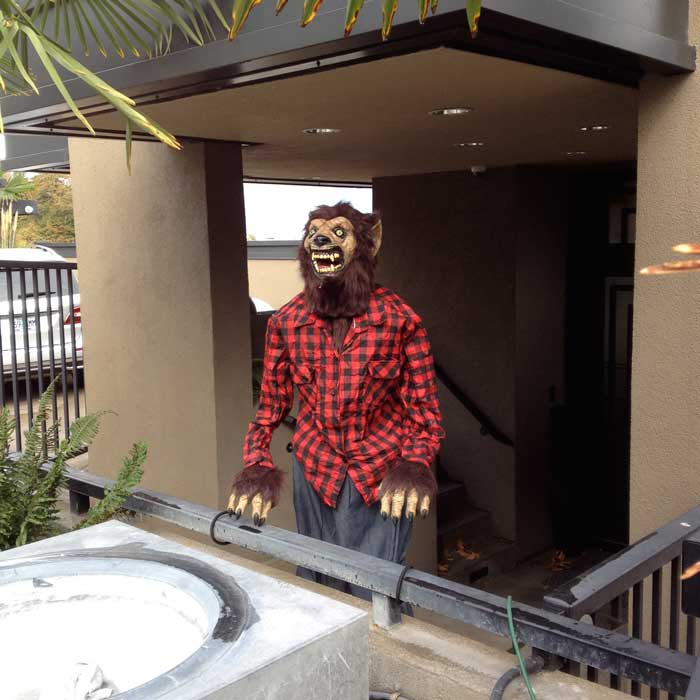 Last but not least is a beautiful sunset Mike, my S.O. took a few days ago in Huntley, Illinois where he’s spent the past week helping his parents by doing some work on their house. The scene pared down to two “colors” exudes tranquility. 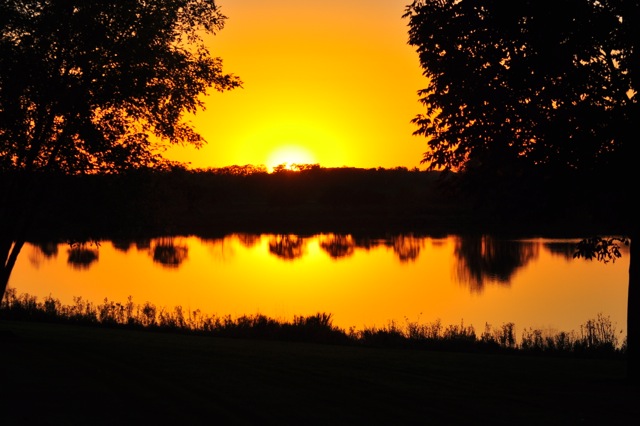