The father of my partner Mike passed away two weeks ago on May 24th, the day after his 83rd birthday. While I tend to devote my posts on fiber art or sometimes art in general, I also have a passion for craft. In that regard, I’m honoring Mike’s dad Gil for his design of the Olympic Torch for the 23rd Olympic Games in Los Angeles in 1984. Gil was a pioneer in Olympic torch designs as his was the first to use propane as the fuel to keep the torch alight. He was the head design engineer for Turner Industries, which had produced torches since the 1890s. Much like artists sample materials and designs to fulfill their artistic vision, Gil had to do the same to meet the torch’s engineering specs and the wishes of the Olympic Committee.

Most people know the flame of the torch must burn continuously. Gil found ingenious ways to test his design to ensure the flame would never extinguish no matter the conditions runners encountered. One requirement was that the torch stay lit in 60 mile per hour winds. Mike said he came home one day to see his dad putting on a jacket, getting ready to leave with a torch prototype in his hand. When Mike asked what his dad was doing, Gil explained it was too expensive to build a wind tunnel, so one of his colleagues was going to drive a car at 60 miles per hour, while Gil held the torch out the passenger window. The torch also had to stay lit at high altitudes. To make sure it did, Gil flew to the Rocky Mountains and tested it at the highest pass in Estes Park, Colorado.

A propane flame burns invisibly. During these games, Peter Uebberoth was the United States Olympic Committee chair. He was frustrated you couldn’t see the flame during special events, because otherwise how would spectators know it hadn’t gone out. The most important event would be when 1960 Olympic gold medalist Rafer Johnson carried the torch into the Olympic stadium and lit the cauldron during the opening ceremony. Uebberoth sent word to Gil to find a way to make the flame burn bright. Gil’s solution was to pack oil-soaked wadding into a trough around the outside of the bowl. The oil would give off a visible color around the burning propane. Interesting fact–the long handle is the propane “tank.”

Around the upper edge of the torch are the words: Citius, Altius, Fortius, the Olympic motto which means faster, higher, stronger. What I noticed about the design is the beauty of the zigzag stitching on the handle’s leather cover. So I guess I can say this is a post about fiber art!

The first two photos feature a memory table at Gil’s memorial service. The Olympic Torch on the table belongs to Mike’s younger brother Mark. You also see a plaque Gil received acknowledging Turner Industries as the supplier of the 1984 Olympic Torch. Mike’s also owns a torch with its own special leather case given to him by his dad. The remainder of the photos are detail shots of Mike’s torch showing the fine engineering and workmanship that went into its production.

I was surprised to learn from Mike that people could purchase a “portion of the run” and often paid several thousand dollars for the opportunity. The bonus–they got to keep the torch! So I further learned that it wasn’t a single torch carried from place to place and handed off from one runner to another, as if in a relay race, as I had always thought. Instead, hundreds of torches were produced. Mike is proud to say not a single one malfunctioned.

At the memorial service, Mike’s brother-in-law, also named Mike, spoke of his father-in-law as a man of silent dignity, never one to toot his own horn. So I’m doing it for him. Job well done, Gil Farnham! 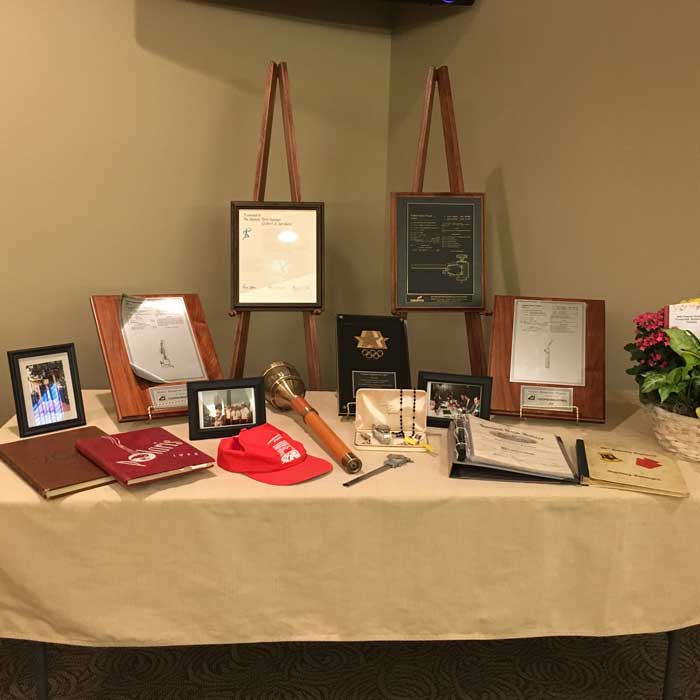 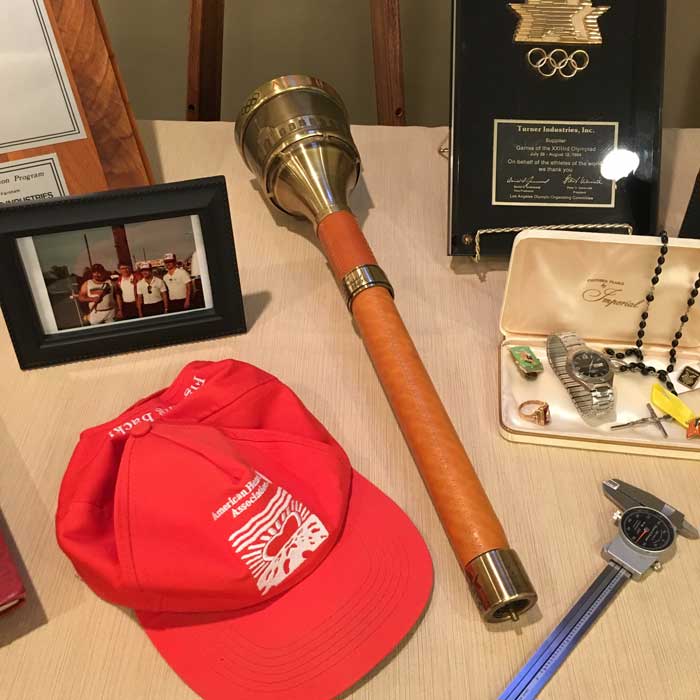 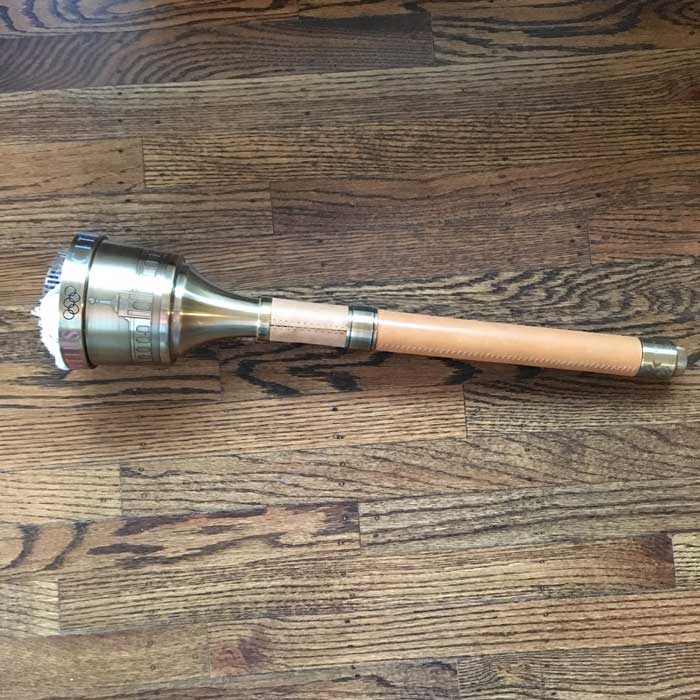 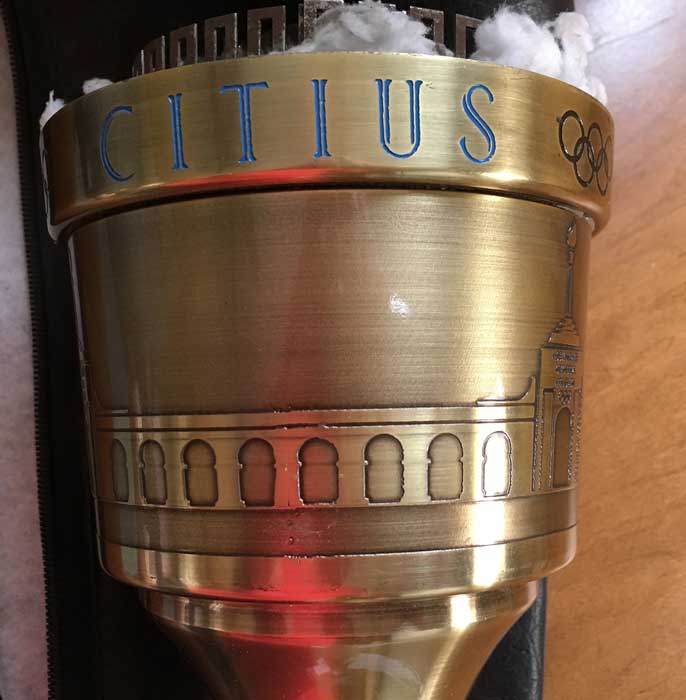 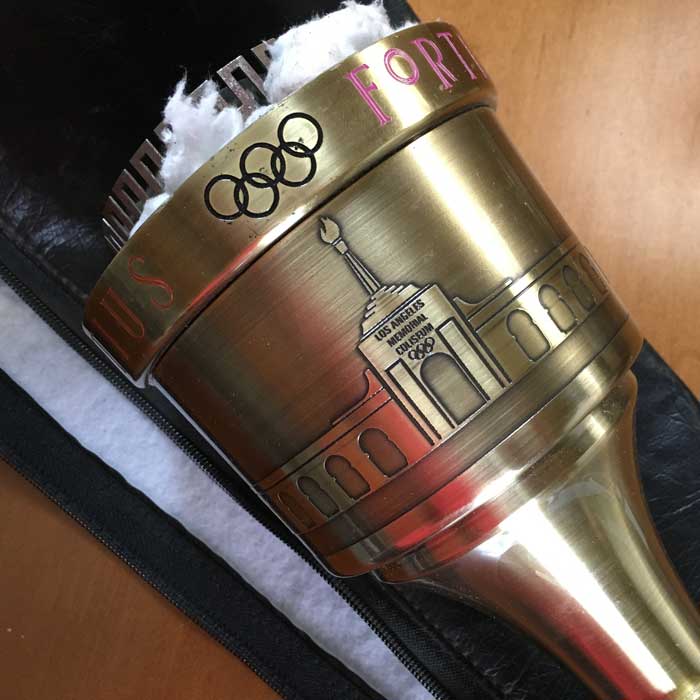 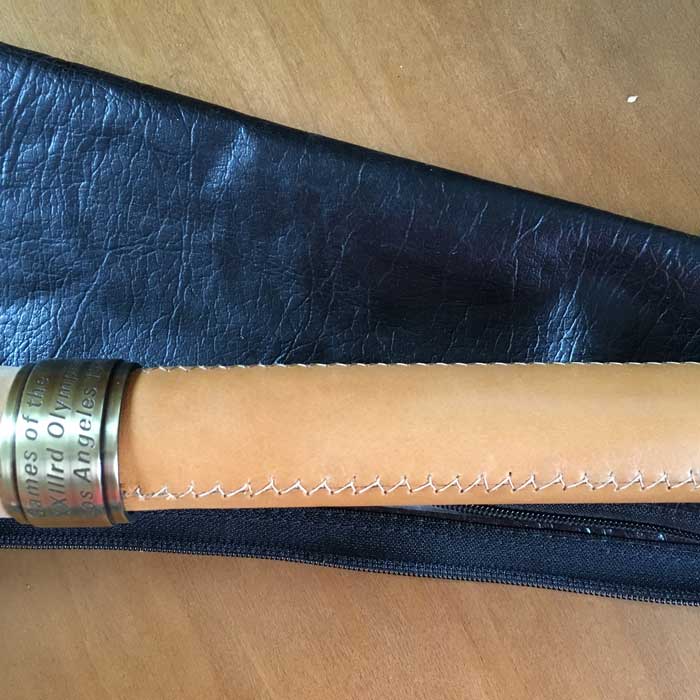 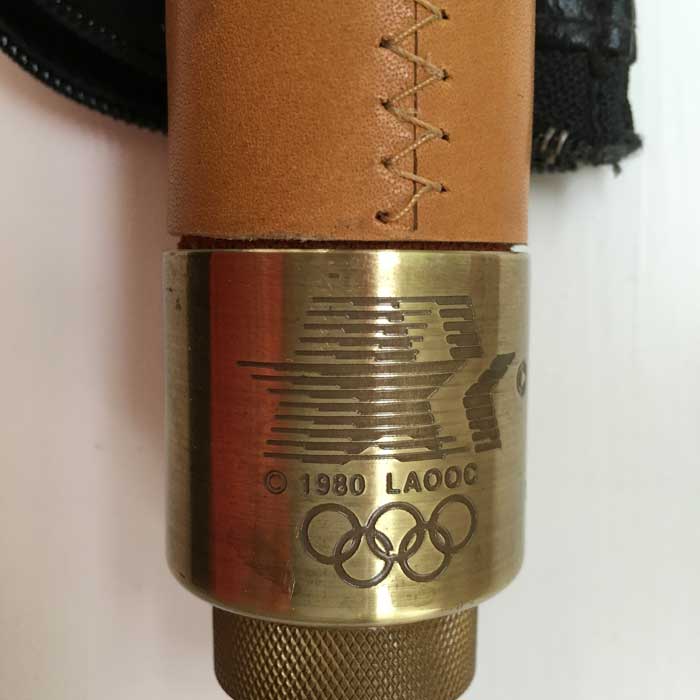 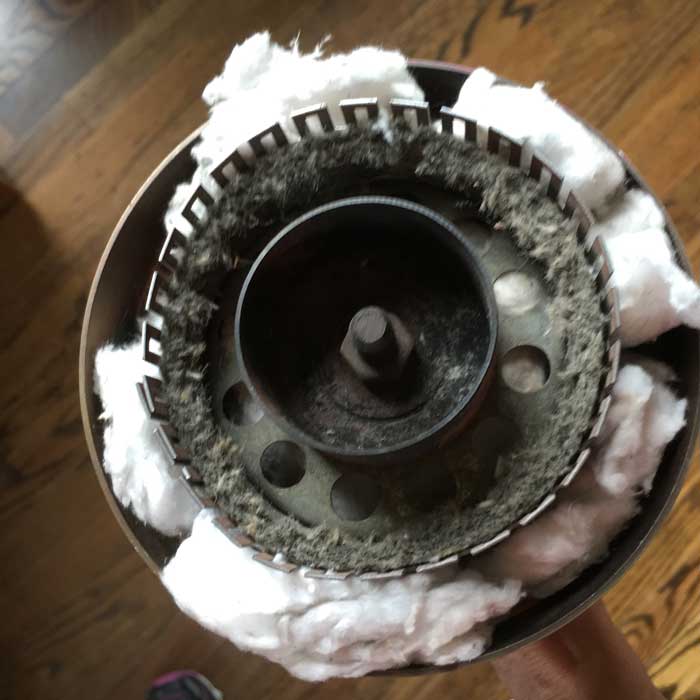