Artist Diane English created a scene from the Japanese tale “Momotaro.” She says, “I wanted to work with a story I was not familiar with so chose Momotaro. It was fascinating to read that it was used to rally the Japanese troops during World War II. The river carrying the peach is just the beginning of the story.”

Momotaro is a well-known folk hero in Japan. Taro is a common Japanese boy’s name and means eldest son, while momo means peach. In this folktale, Momotaro arrives on earth inside a giant peach. (Does the popular children’s book, James and the Giant Peach, ring a bell)? An elderly woman washing clothes pulls the peach from the water. When she and her husband open the peach so they can eat it, they discover a child. He explains he has been sent from heaven to be their son.

Many years later, Momotaro leaves his parents to fight a band of oni (demons). During the quest, Momotaro meets a talking dog, monkey, and pheasant who help him beat the demons. The quartet returns home with the demons’ treasure and the chief demon as their captive. Momotaro’s family lives well thereafter.

I think Diane’s dimensional technique to create the rolling waves is particularly interesting. 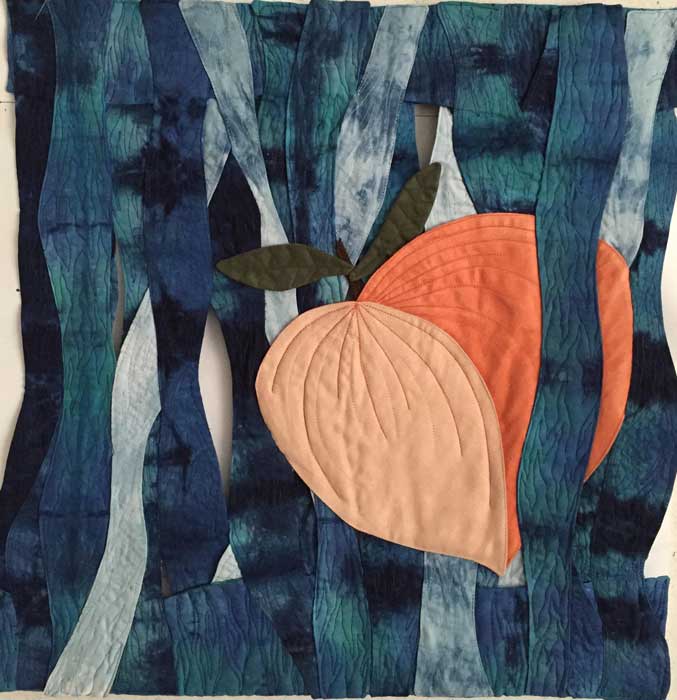