At most shows, judges are given an award called Judge’s Choice or a similar name, which the judge bestows upon a quilt for any reason the judge likes. Sometimes there is a quilt that has already received an award that is so outstanding or unique, I award it my judge’s choice. But generally, I try to select an artwork that has not earned an award but that I want to single out for any one of a number of reasons. At this year’s Clark County Quilt Show, I selected “Moon Gazing” by Joanne Roth. The quilt was entered into the theme category “Once in a Blue Moon”, also the name of the show. 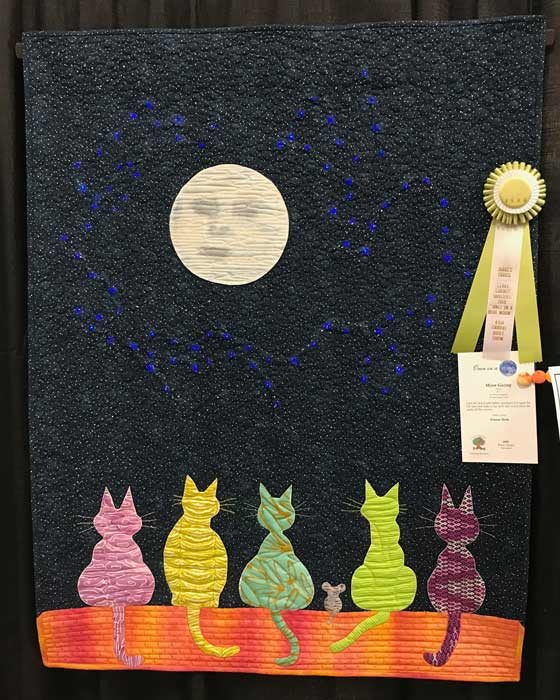 I appreciated the sense of whimsy, note the mouse seated amongst the cats, and I thought the man-in-the-moon face was well done. But what really caught my eye, was the way Joanne integrated lighting into the night sky. I’ve seen several fiber art pieces where the maker has done this, but none as successfully as Joanne. The lighting shows well through the fabric, and you feel as if you are gazing at the stars along with the cats (and mouse). 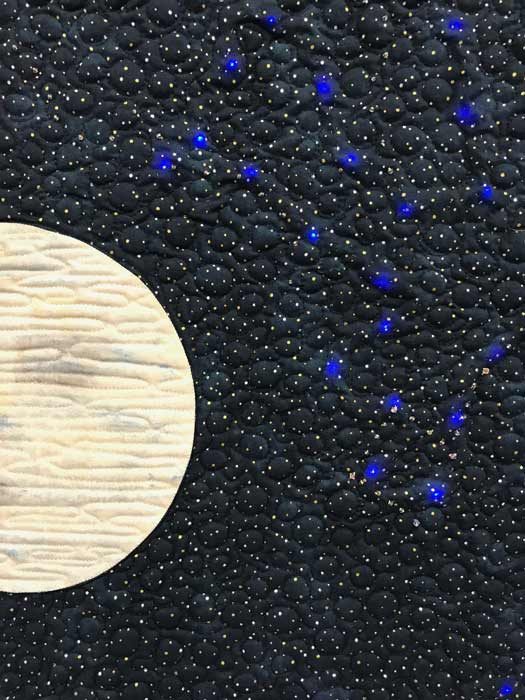 Joanne created another one of my favorite quilts in the show. In fact, the quilt sold the last day. Well done, Joanne! It’s a small quilt with a lot of punch thanks to the wonderful macro image. You are right there with the bee. 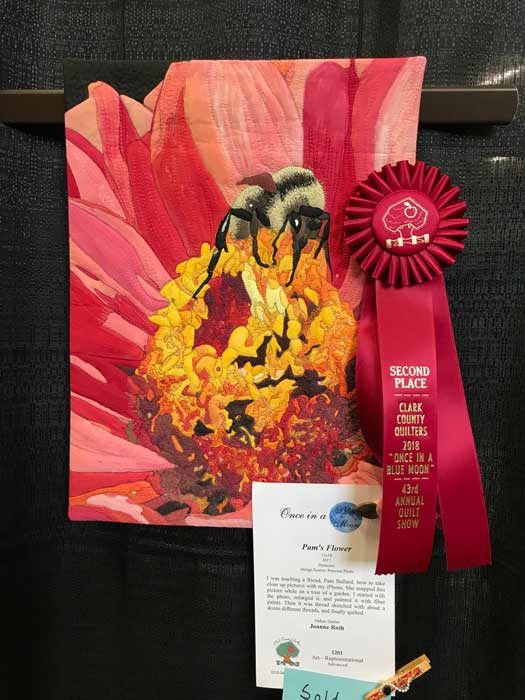