In one month I completed the fourth and final Santa stocking created from vintage kits from the 1980s. My goal was to have them done so I could present the three going to my two junior nephews and niece on Thanksgiving so they can hang them for the holidays. This one is for the younger of the two boys who turns three on November 12th. 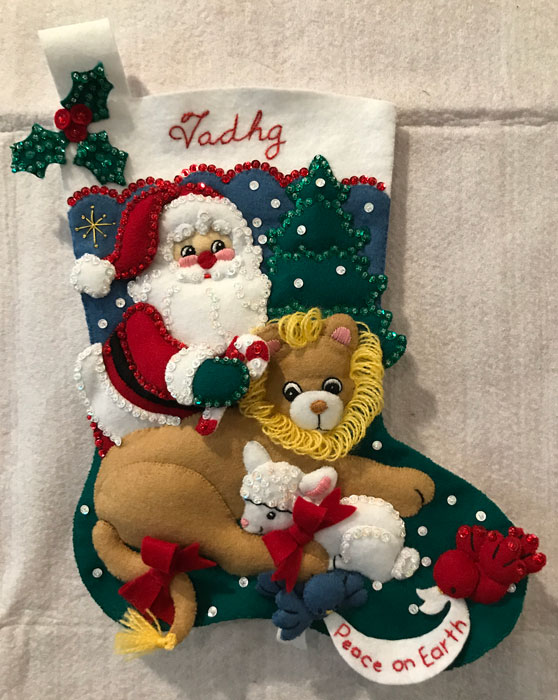 Here’s the stocking I made for four year-old Conor. 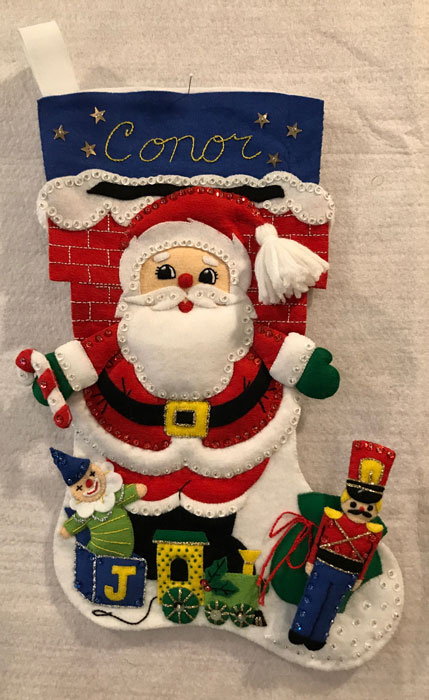 This stocking goes to Rowen who just turned one year old on October 19th. You can see how close in age the children are. 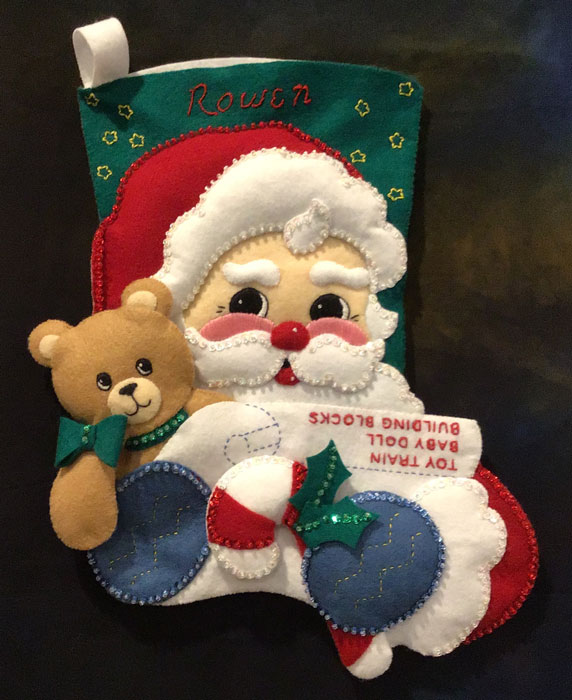 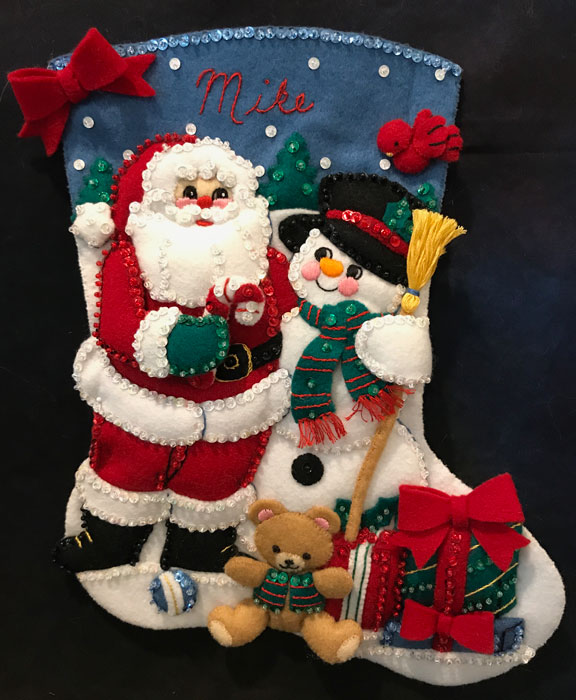