On November 11th and 12th, the Columbia FiberArts Guild celebrated it’s 50th anniversary called the Golden Threads Celebration. We had two exhibitions: one featuring work from 1969 to 2009 then one more contemporary covering the last ten years. On Saturday, the 12th we held a fashion show. During the first half members modeled wearables from the first forty years and the second half featured clothing from the last ten years. If that wasn’t enough, we had a market place where members sold hand made, original work.

Here is the presentation of the early work done by guild members that greeted attendees. I’ve been a member for nineteen years, having joined shortly after returning to Portland. My book cover featuring  six-pointed stars created during my London City and Guilds studies is on the table in front. I greatly admired the large folding piece displayed behind. 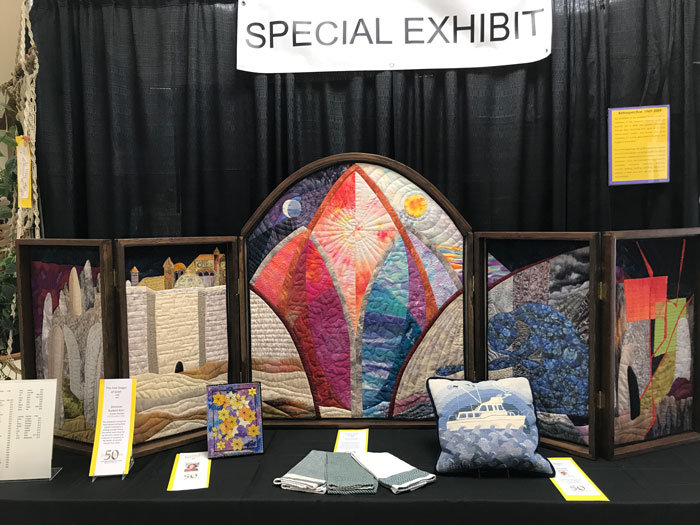 Golden Threads–artwork from the first 40 years

I showed two pieces created during the past ten years in the Contemporary part of the exhibit. They are on the ends, sandwiching a pictorial of chickens.

During the “golden” wearables part of the show, I modeled the shawl I made during London City and Guilds. The inspiration was the Bee of Napoleon. The fabric is silk/wool challis. I painted the center, embroidered and painted the border, and knotted a quintuple-knot fringe. 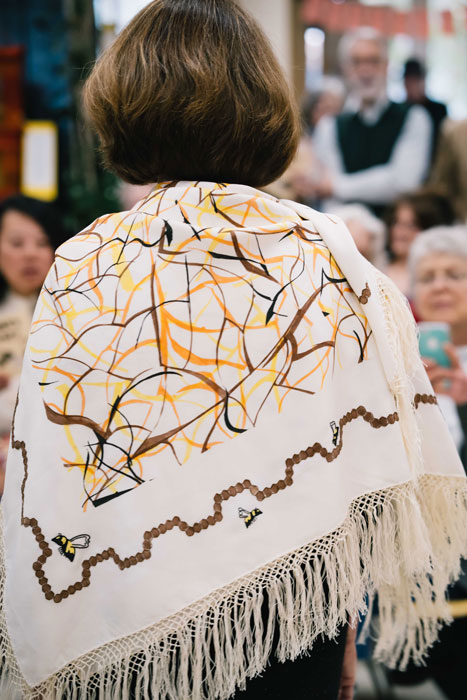 Wearing The Bee of Napoleon shawl 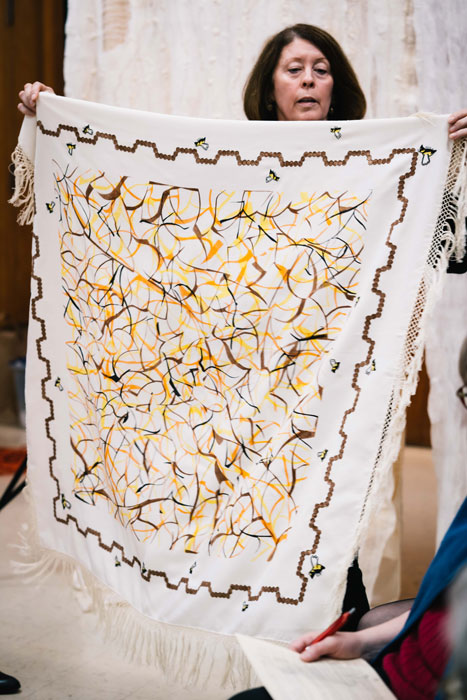 Everything wasn’t serious. Margaret Blake’s husband modeled a Hawaiian-style shirt she made for an Ugly Hawaiian shirt contest–and won! 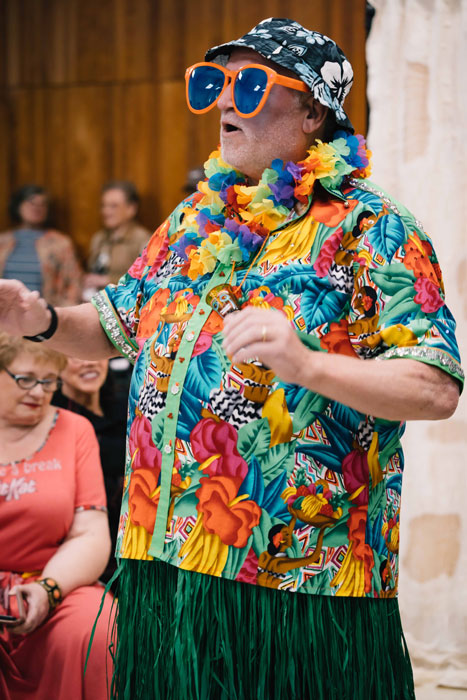 Some other pieces of art that I liked:

Karen Graves has spearheaded the Wearables Group. I love the way she displayed her garment. 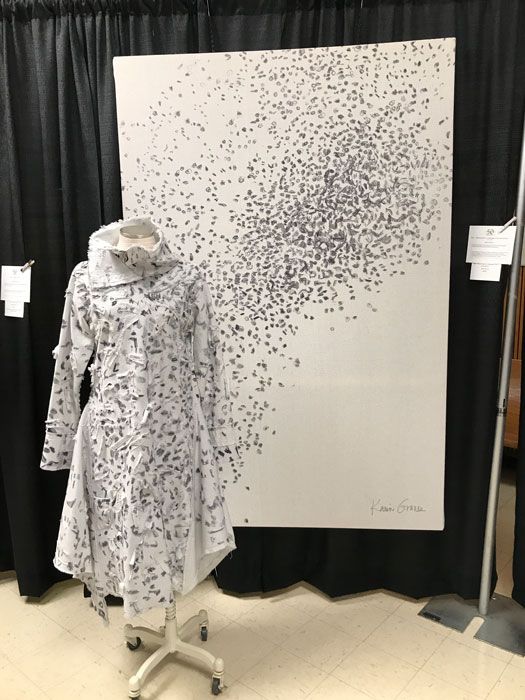 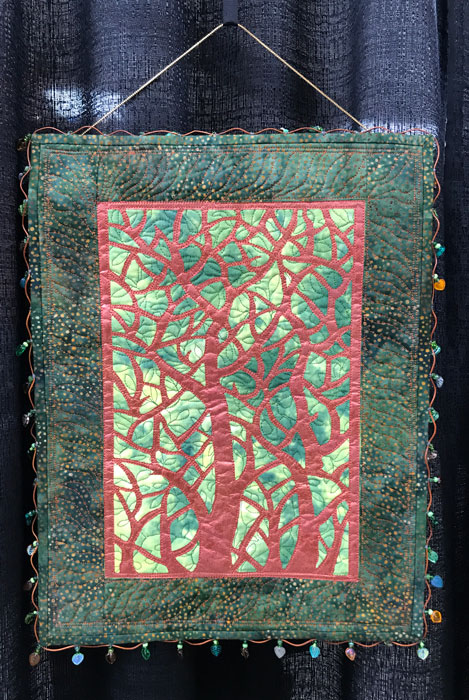 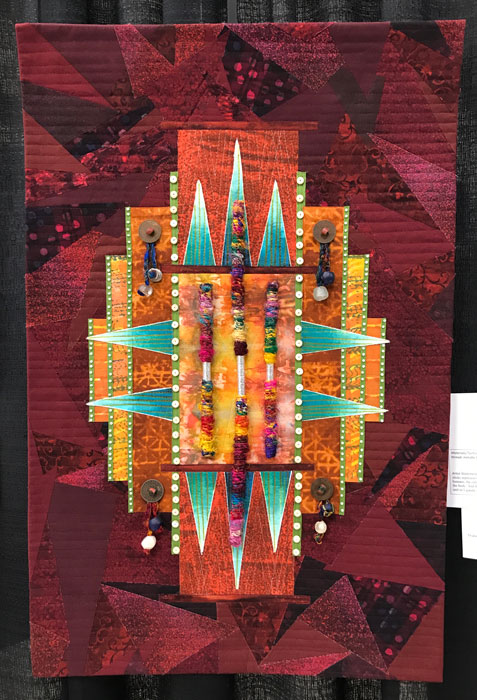 Darn, I’m not sure of the maker, but I think it’s Bonnie Meltzer. Super creative. 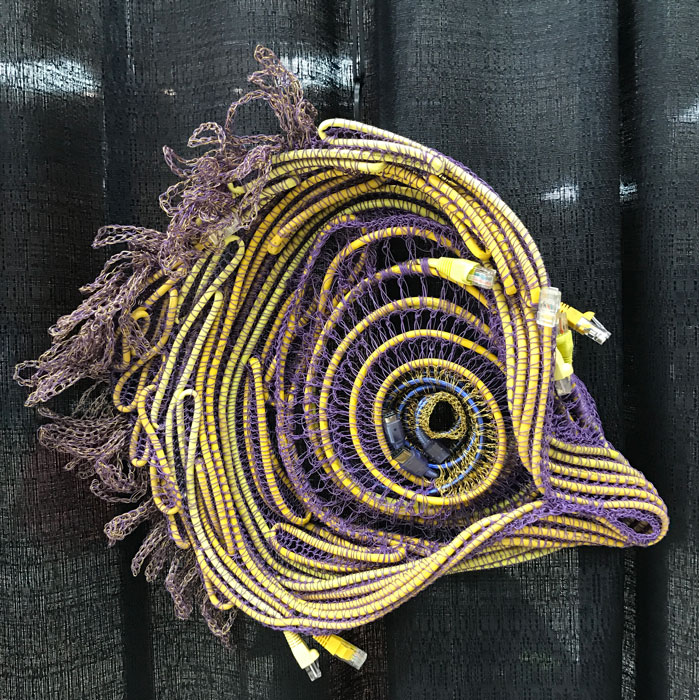 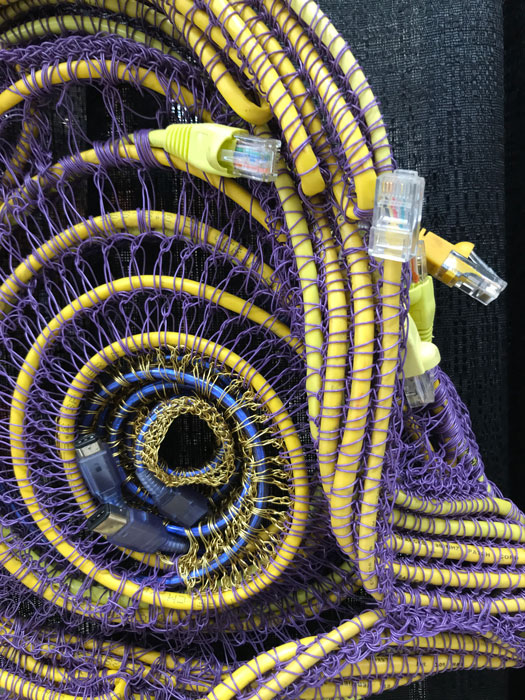 Highlights from the Maker’s Market. As someone who collects vintage bags, I liked Joyce Kelly’s bags. She uses vintage frames and makes new bags to fit the frame. 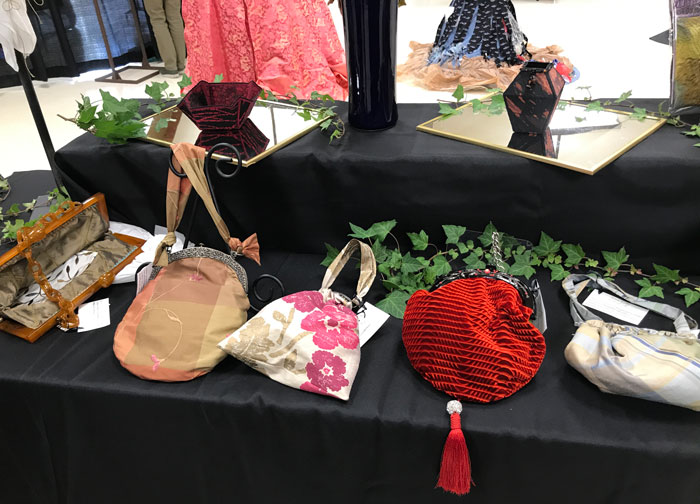 This photo shows the beauty of the frame. 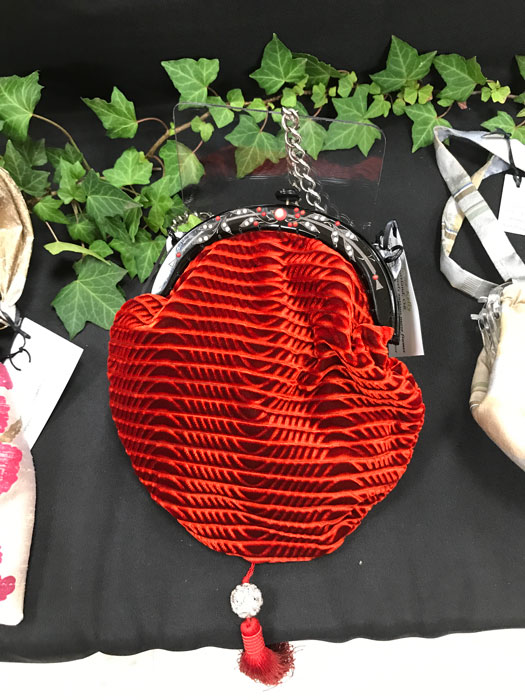 Other members make bags. I really liked this patchwork bag and the felted one next to it. Lovely melding of blue and green. 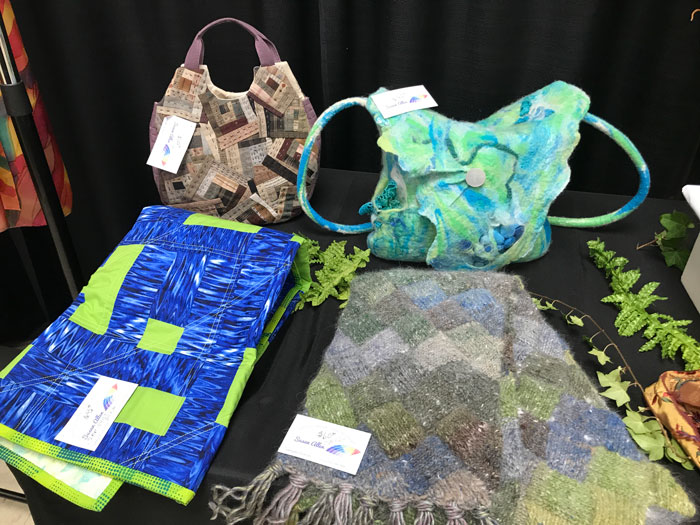 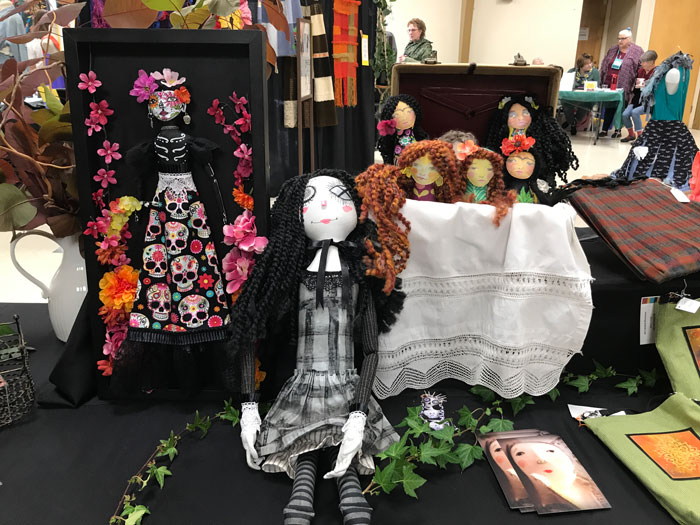