I recently returned from a ten-day trip to France with a group of four others, one of whom is my French professor, Sylvain Frémaux. I have continued to study French throughout my life since beginning at age eleven. In addition to a life-long love of fiber art, I have always been enamored of words and language. Sylvain teaches at two colleges in Portland and Salem but was born in France and lived in various parts of the country growing up. Our group split our time between the Loire Valley, where he continues to have a home, and the Dordogne region.

While traveling from the Loire to our chambres d’hotes in La Roque-Gageac in the Dordogne, we stopped in Nohant at the home of author George Sand. We had lunch at a little cafe on the grounds then did a one hour guided tour of her home. Our guide was a young woman who spoke rapid-fire French. If you missed a word or phrase, her enthusiastic body language and hand gestures made up for it. Sand’s home was clearly a gracious one for the time, being quite large and furnished with beautiful things, including stunning Venetian crystal chandeliers.

Sand, born Amantine-Lucile-Aurore Dupin, was a prolific writer, who had success beginning with her first novel. Today she is well-known for her male pen name, wearing men’s clothing, and a 10-year affair with Chopin, which ended badly. What I was delighted to learn was her passion for needlework. I asked the guide if there was anything we could see, but she said what remained was too fragile for display. However, Sand was also passionate about the theater and had built a large room in her home with a stage. Opposite was a smaller stage filled with marionettes created by Sand’s son Maurice. Like his mother, he was a writer and lover of theater, but also talented in sculpture and painting. Maurice had made the puppets himself, each one unique, except for the clothing. This Sand sewed, giving us an example of her needlework. I found a beautiful picture of the Sand home followed by a description of Maurice’s marionettes with some photos here. 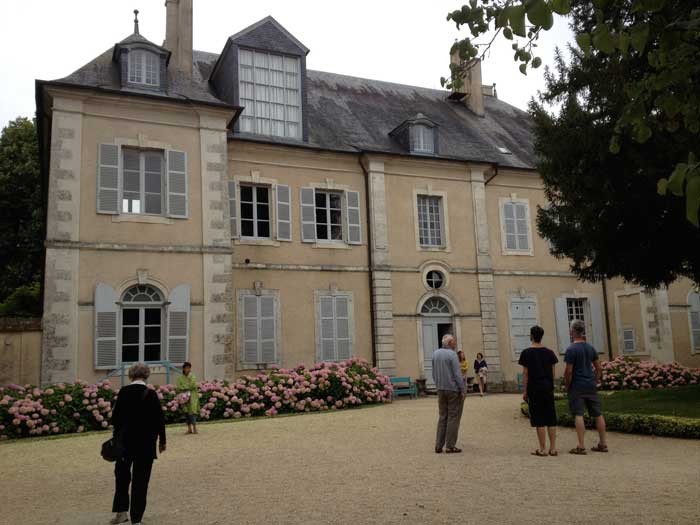 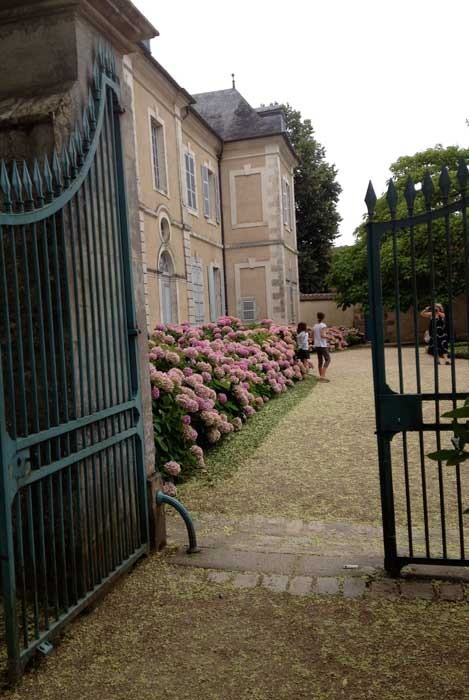 One of the things I really enjoyed about the sights we visited in France were the sculptures and  installations, both indoors and out. The French seem to have the concept that no matter how large and important or small and intimate a chateau or garden may be, art is part of the experience. In addition to the home and church on the Sand grounds, there is a garden, somewhat free form, and a small woods. Throughout I found metal sculptures, which added another level to my enjoyment. The artist whose works follow made the comment that shadows participate in the structure of the piece. 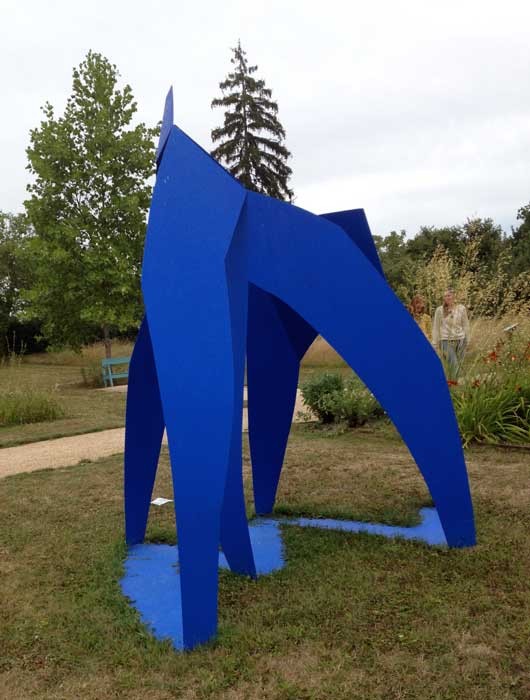 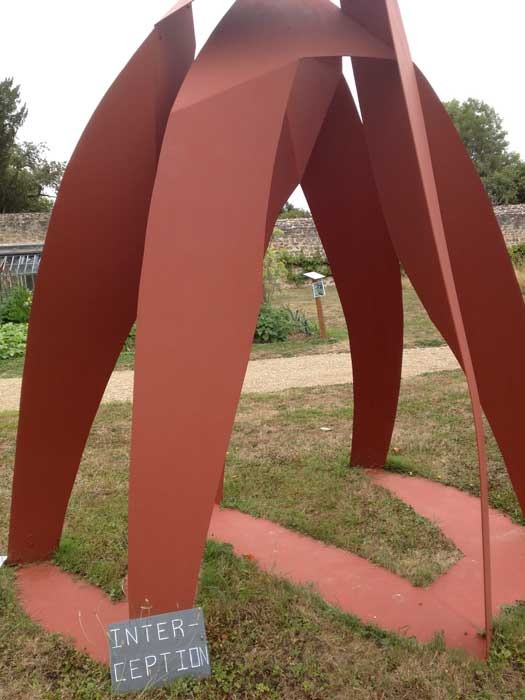 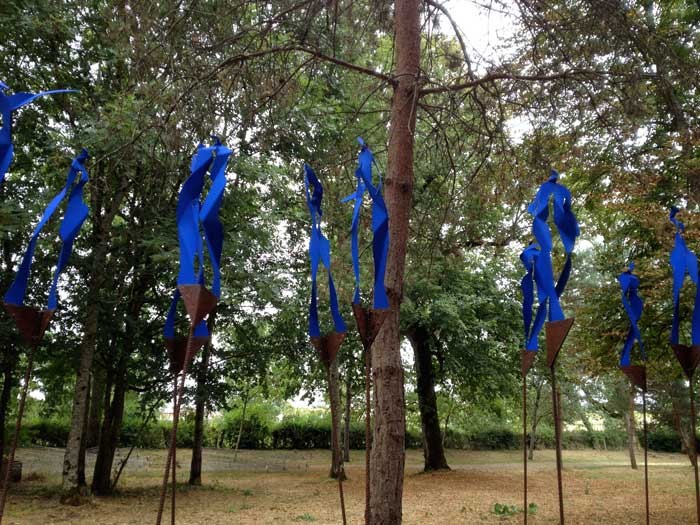 Even the garden water fountain is sculptural, albeit without water. 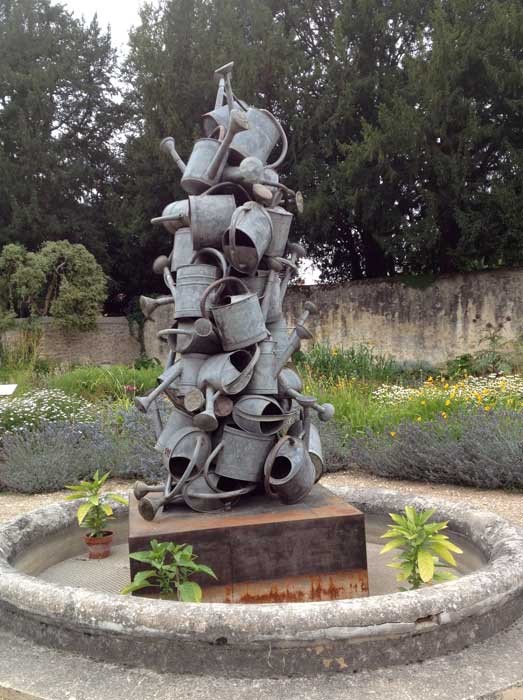