I attended the artists’ reception at the Sherwood Center for the Arts last Thursday and was surprised to see my three pieces greeting me right inside the front doors. The art center is a newer building in Old Town Sherwood and part of the monthly Artwalk. I had planned to do the Artwalk, but the weather didn’t cooperate as there were two downpours within the first 45 minutes I was there. Happily, the fiber art juried into the show was excellent. Sharon Orella, the organizer I had been communicating with was there displaying her jewelry and metalwork. Terry Grant, Columbia FiberArts guild president, and I spoke with Sharon about the possibility of having a fiber show again next year and suggested she let the guild know well in advance so we could publicize the call for entry in the guild newsletter. 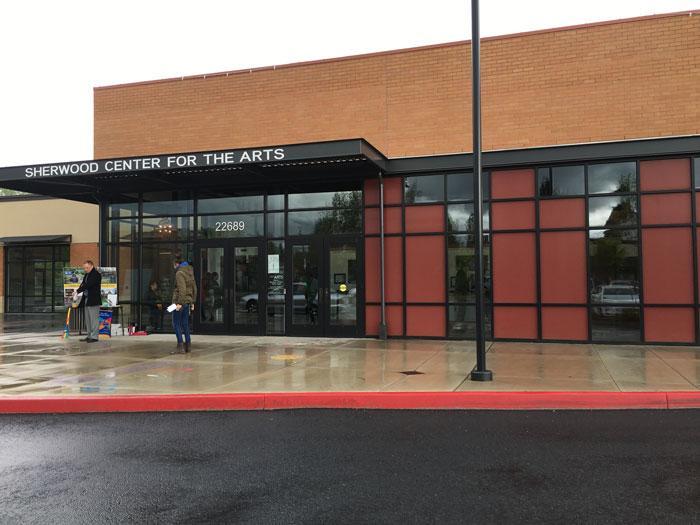 Sherwood Center for the Arts

The pieces chosen for the entry look like they were meant to go together. Mary Telford is on the far left. My three pieces, which hung at Stitches in Bloom, follow. The small piece is by Cindy Loza, and Jill Hoddick’s work is on the far right. 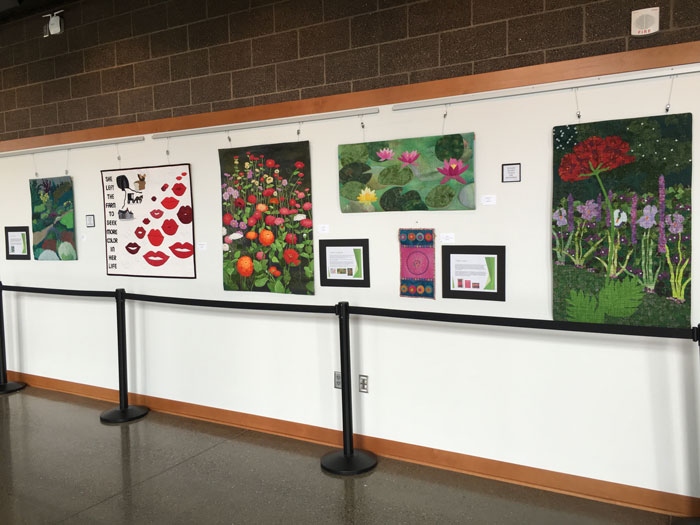 Here are photos of Loza and Hoddick’s work. You can see mine in my Recent Work gallery or in previous blog posts, as well as Mary’s. 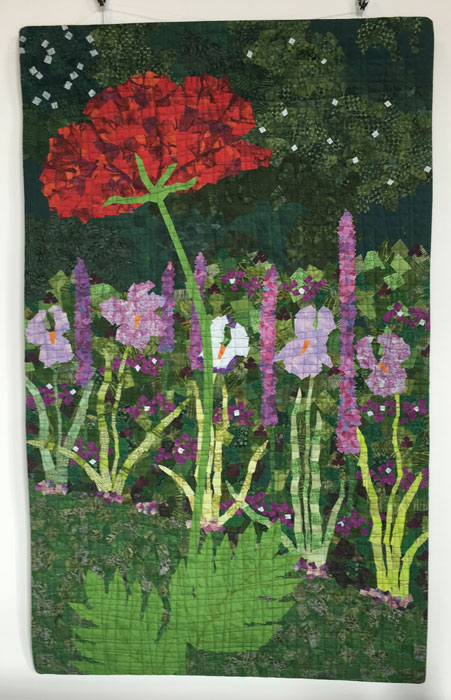 Poppy and Friends by Jill Hoddick 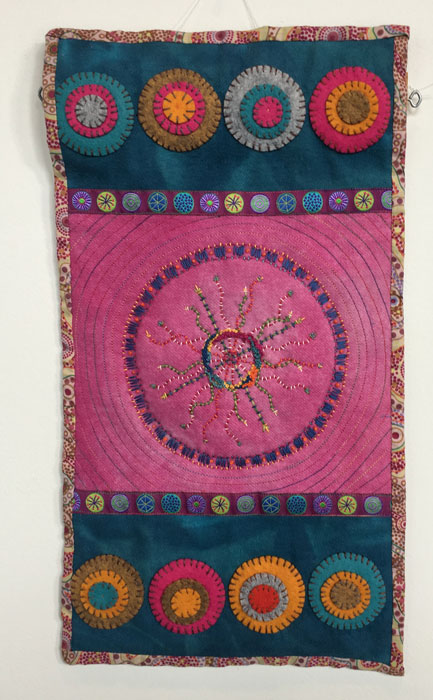 Following are pieces done by Jill and two other Columbia FiberArts members. Much of the work was hung higher than usual, resulting in (frustrating) camera distortion. Terry Grant’s first two pieces below are based on a recent cross-country trip. 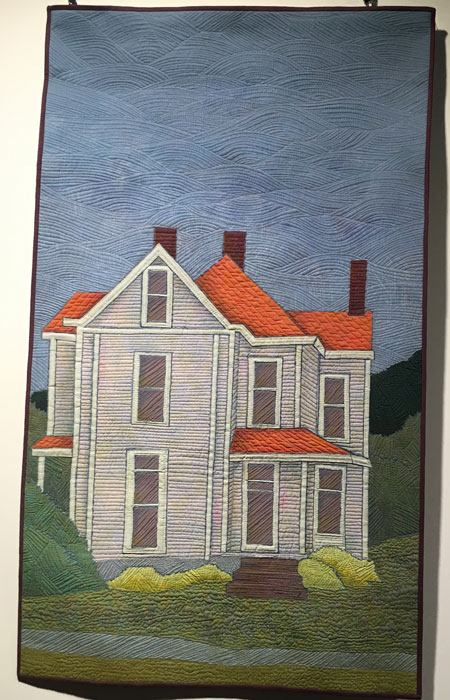 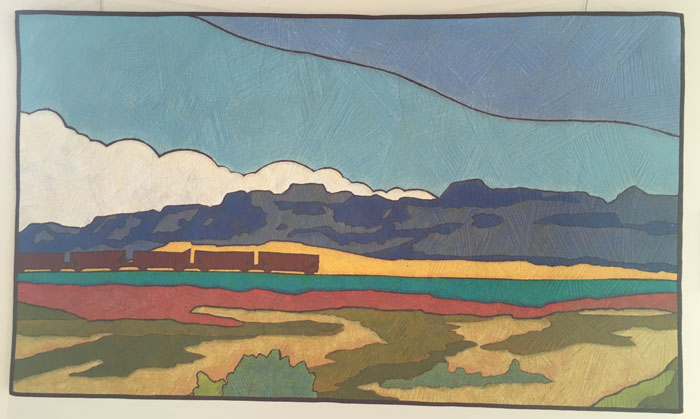 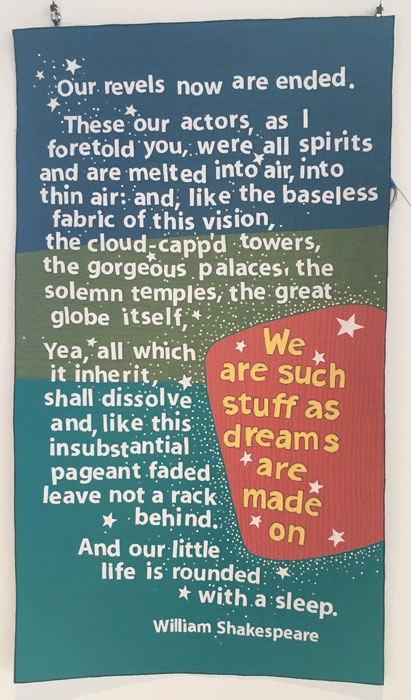 We are Such Stuff by Terry Grant 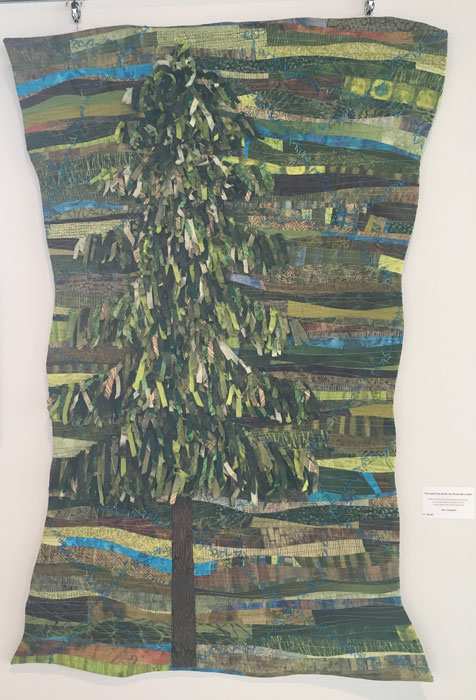 The Earth Has Music For Those Who Listen by Jill Hoddick 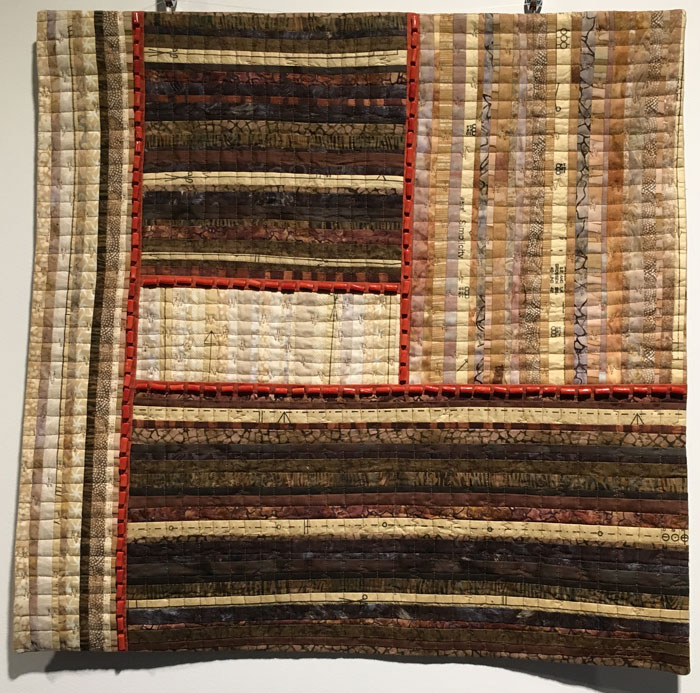 Deb Sorem’s series began with Pot of Daffodils and took off from there. 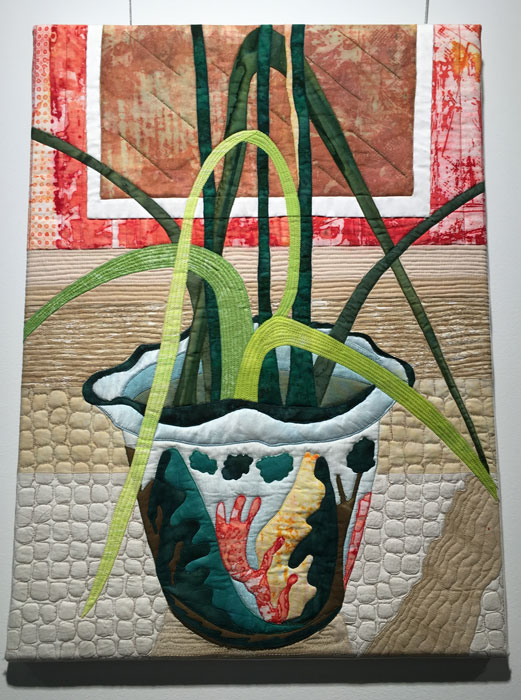 Pot of Daffodils by Deb Sorem 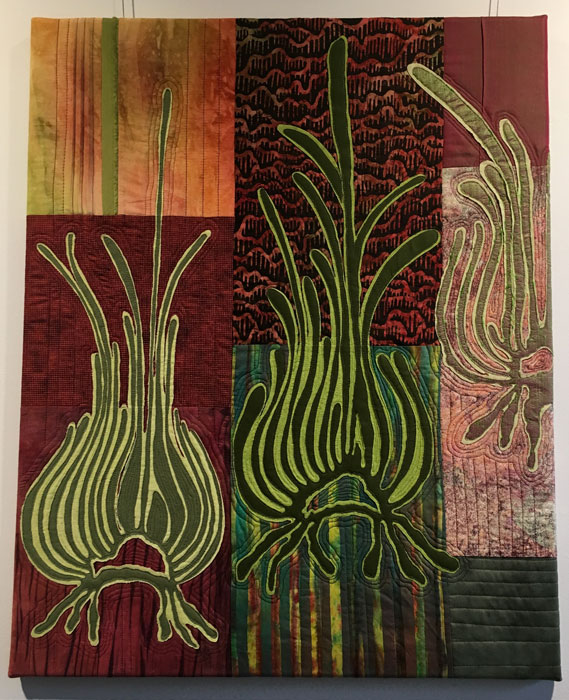 Breaking Forth by Deb Sorem 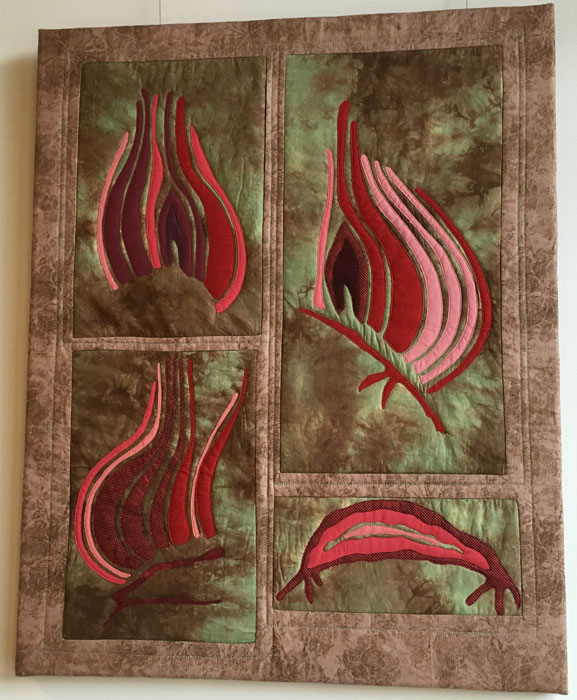 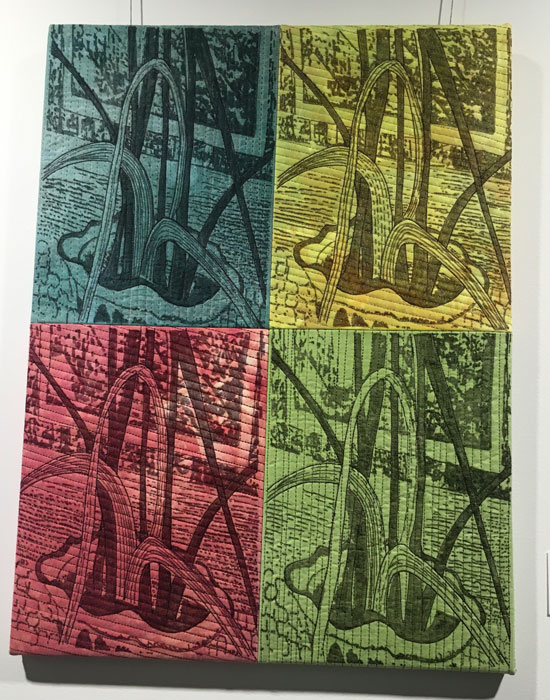 Comfort and Joy by Deb Sorem 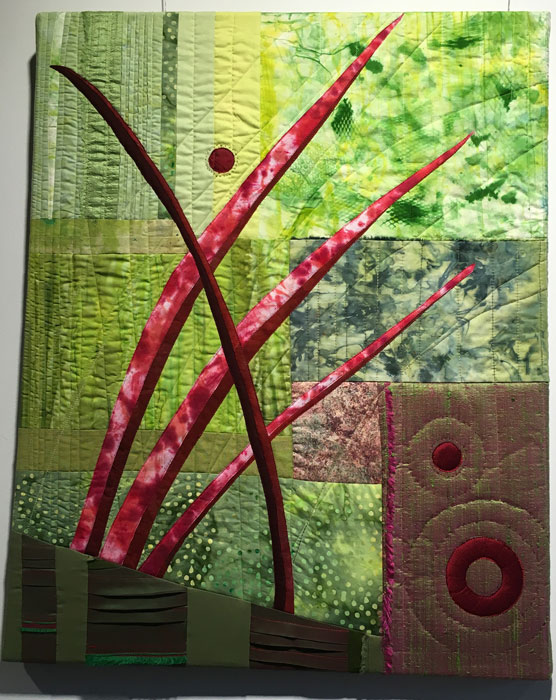 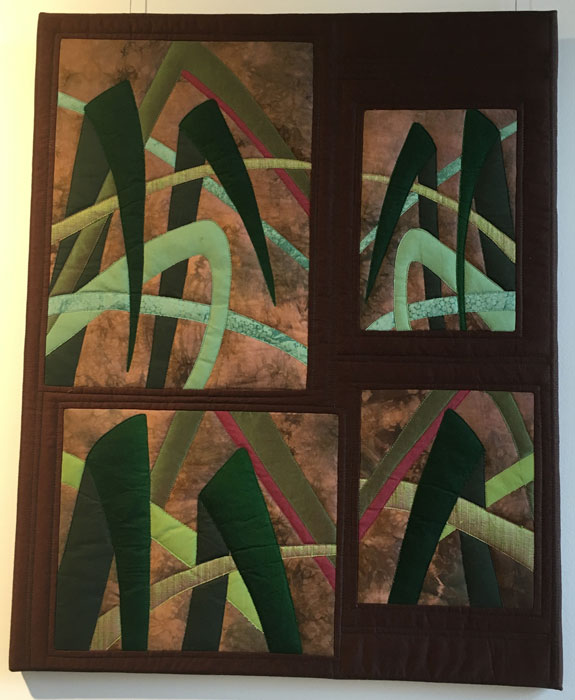 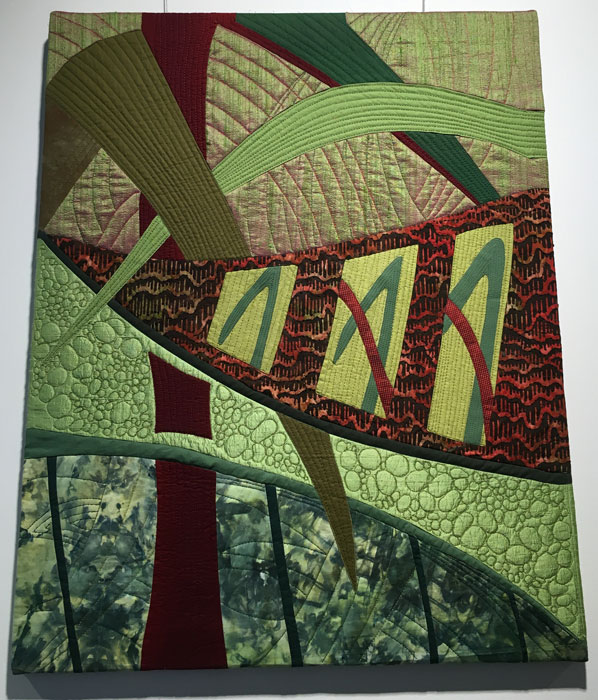 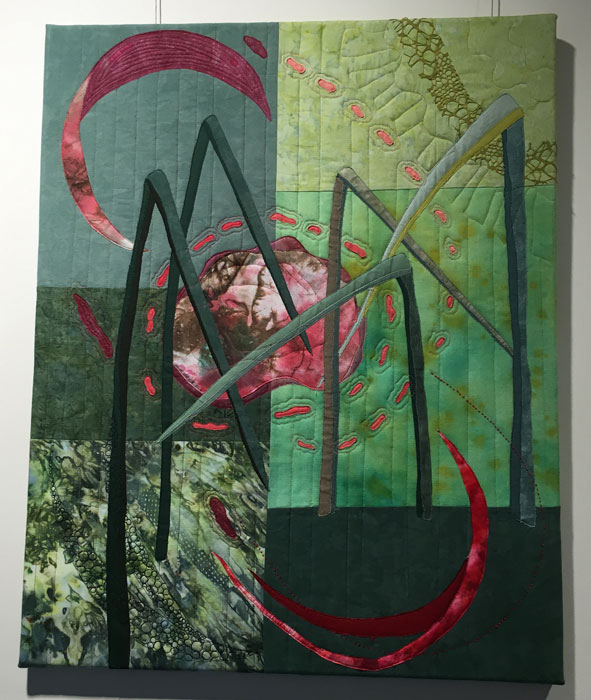