I’m finally able to post again after having one problem after another with software issues between Photoshop Elements 14 and El Capitan on my Mac. I took Pixeladies PSE Organizer on-line class. I finished well by week three out of four and felt good about how much I had learned and accomplished, especially after dealing with a virus, yes on a Mac, in Photoshop. However, my desktop was eight years old and running very slowly with Organizer, which was using all of the available memory. I decided to treat myself to a new, smaller desktop for my birthday on Monday, April 11th. Oh my, the can of worms I opened. We, meaning Mike my BF, and I installed all of the programs on the new computer. Four days later, up popped a window while using Photoshop Organizer that I had a trial version and needed to type in my serial number. The program wouldn’t accept it, and the next thing I knew all of the thumbnail images I had worked so hard do identify, tag, etc began automatically disappearing as if to punish me.

We downloaded the program from the internet and the serial number was accepted. But now a window popped up stating I was using the program on too many computers and had “30 days to rectify the situation.” Worse, it wouldn’t accept the back-up I had on a memory stick–the back-up the program itself had created. Finally, I contacted Adobe first by phone then by chat, which turned out to be in India of course, and after much back and forth Ajay in India remotely “reprogrammed” Photoshop and it’s now working well, but not until after I spent days identifying and reconnecting the vanished images. I’ve backed it up again, but who knows if it will work should I need it.

Then I had major issues with Quicken on the desktop’s new retina display and could only correct by buying and installing an updated version of Quicken. I’ve crossed my fingers that everything has been addressed and will continue to run well.

Naturally, the issues with Photoshop Organizer occurred the night before I taught the Two-Day Judging Seminar at Clark County Quilters Show in Ridgefield, Washington when I decided to add a few images to my PowerPoint displays. On the plus side, the judging seminar went well. The class filled with twelve students, all of whom impressed with their skills and knowledge. They could not have been a better group.

I attended the show the first day, because I knew I wouldn’t have time during the next two–and I did not. It was a very good show, and here are some of my favorite quilts. Also notice the “clips” the guild used to attach the gallery cards to the quilts. The clips were so creative, they were a show unto themselves! Here’s one of my favorites. How much fun is it? 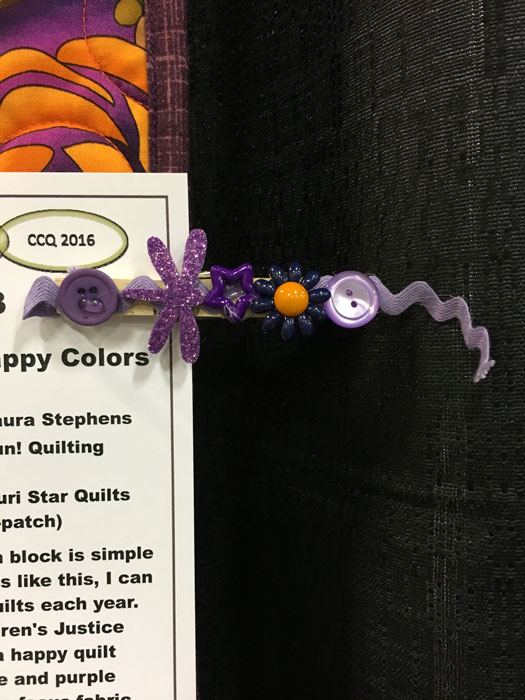 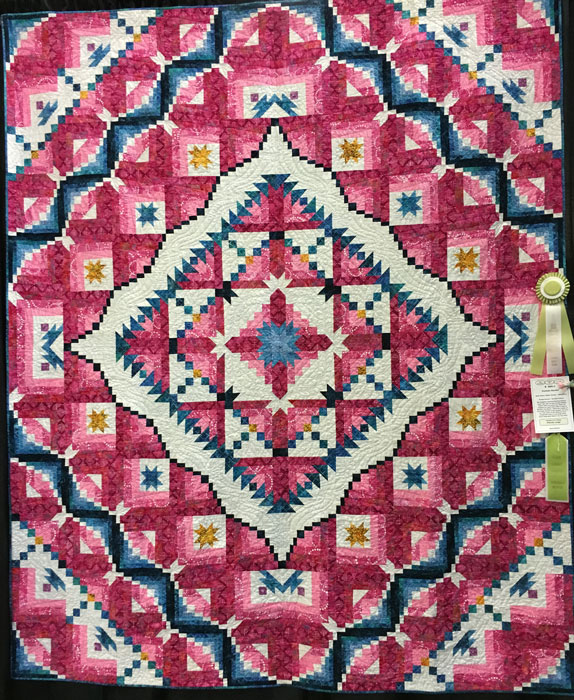 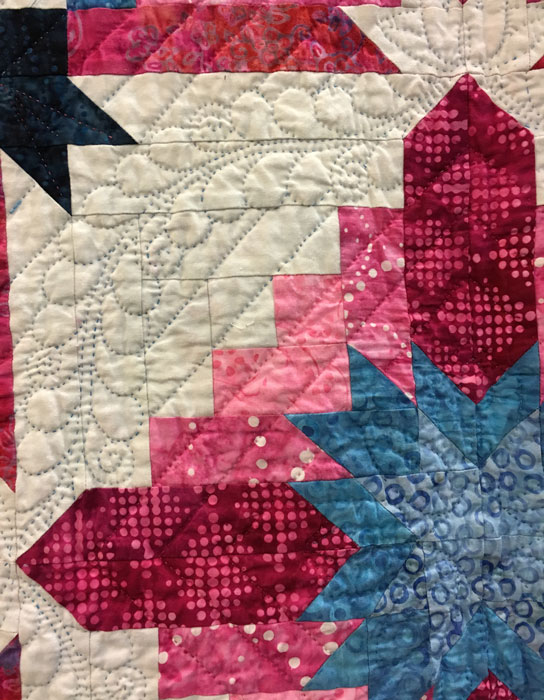 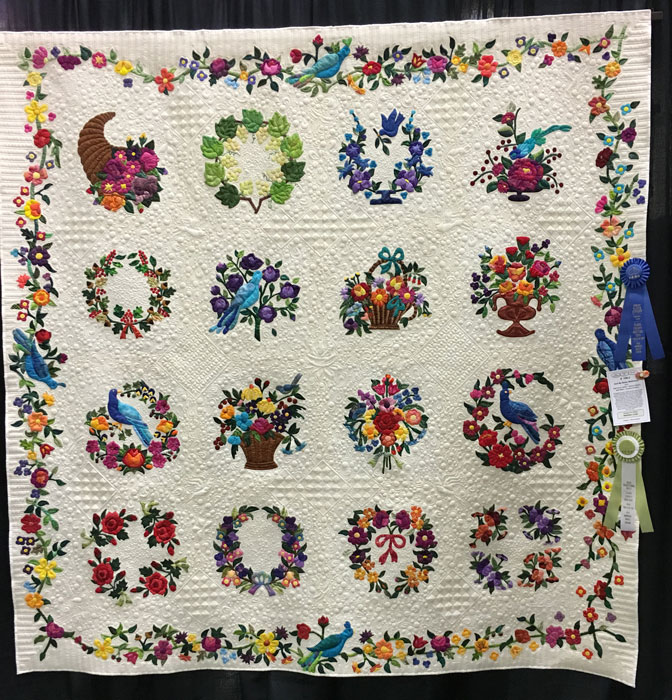 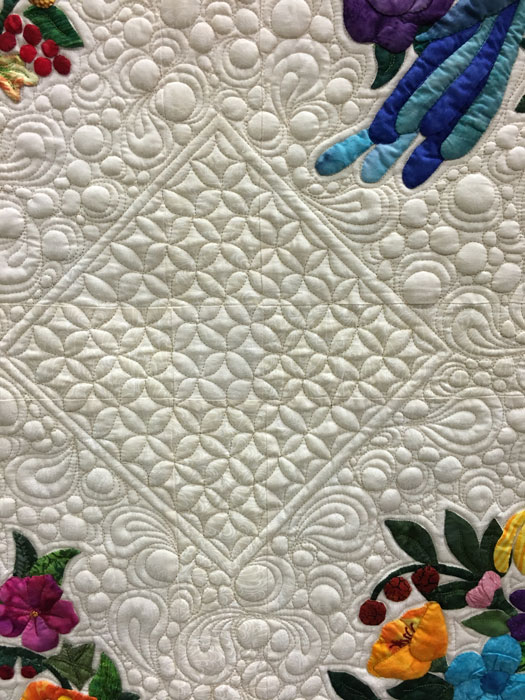 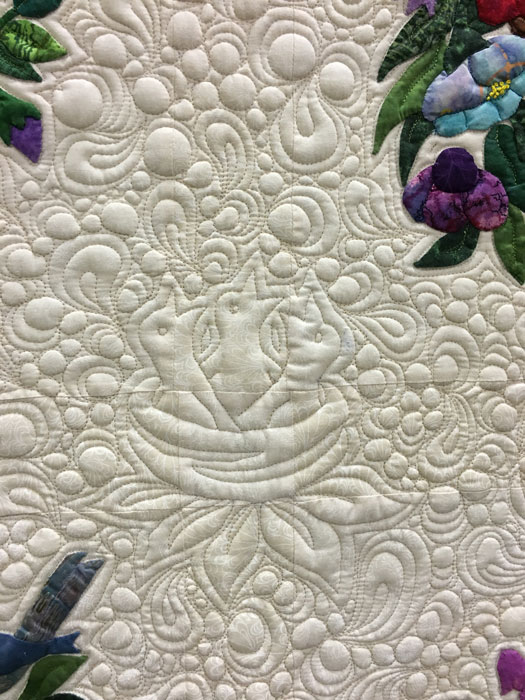 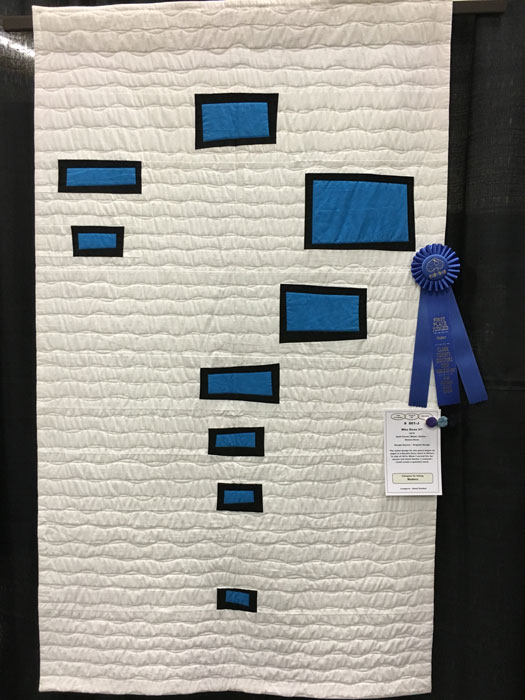 Who Done It? by Dianne Kane–First Place Modern 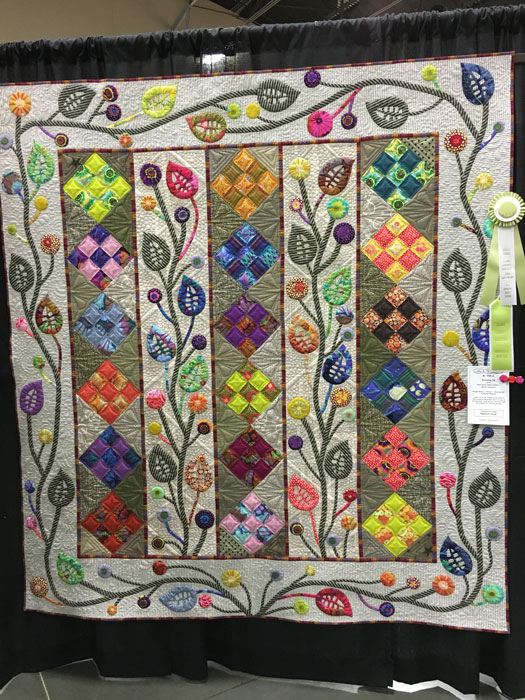 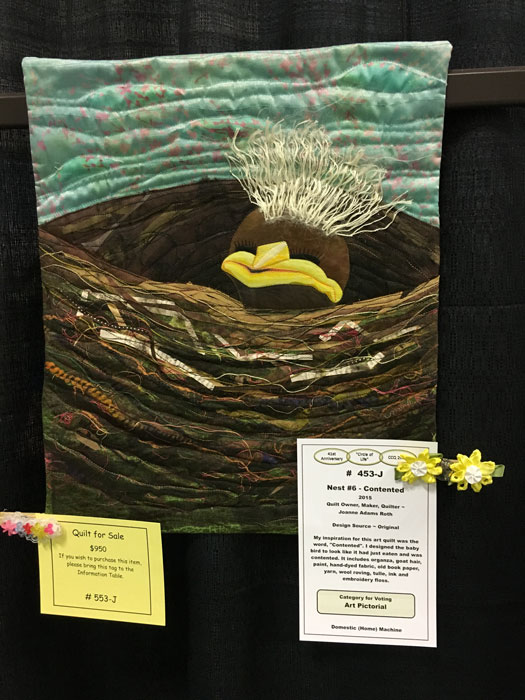 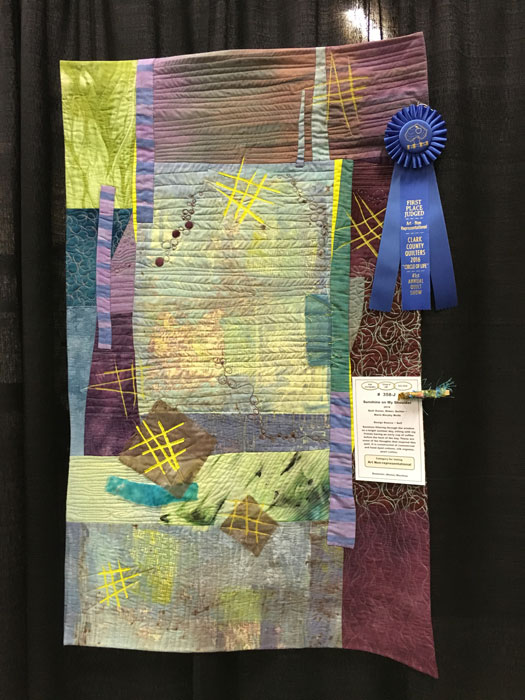 Forget Me Not by Gerrie Thompson, First Place Art Pictorial 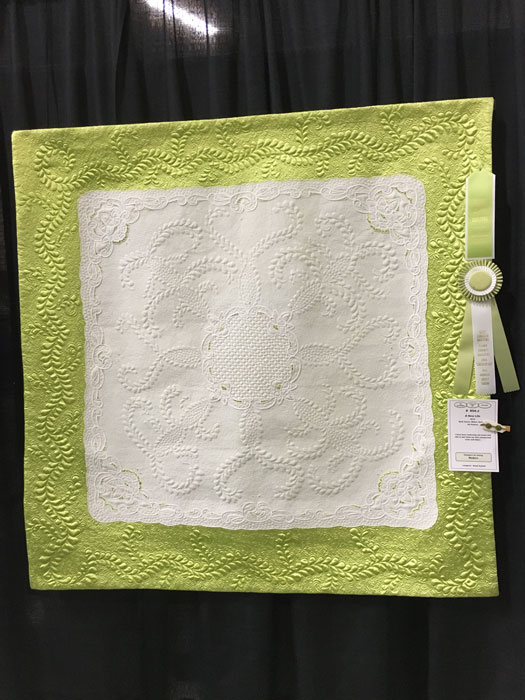 A New Life by Val Pellens, First Place Longarm Quilting. Note the use of pearls–just in the quilt center. 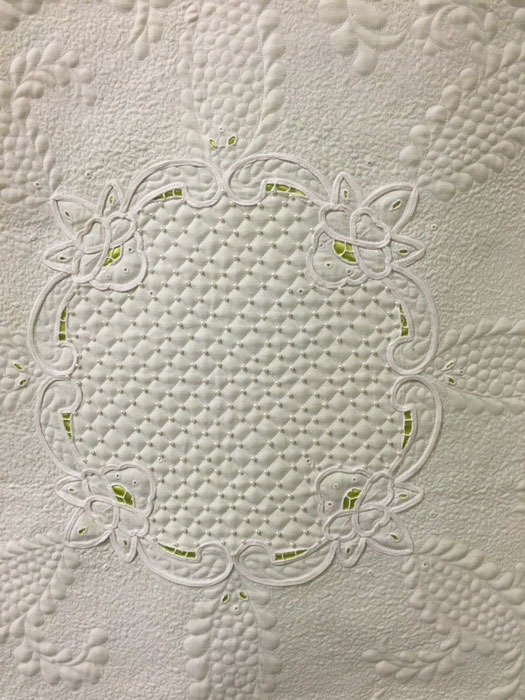 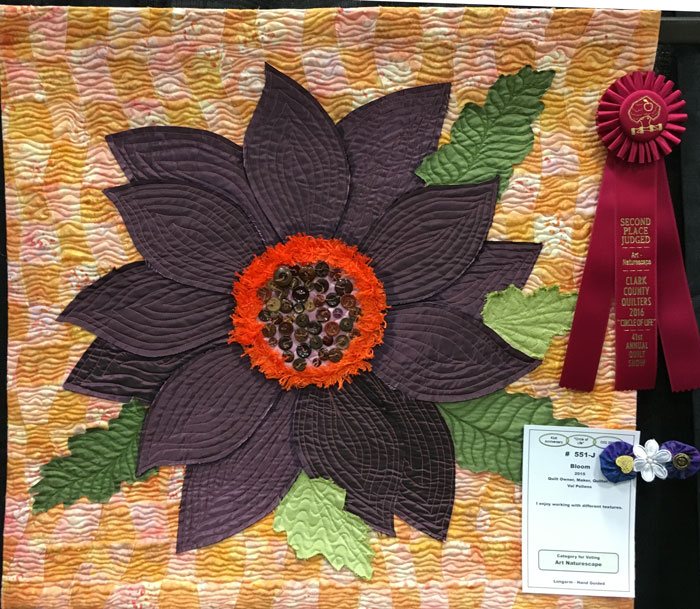 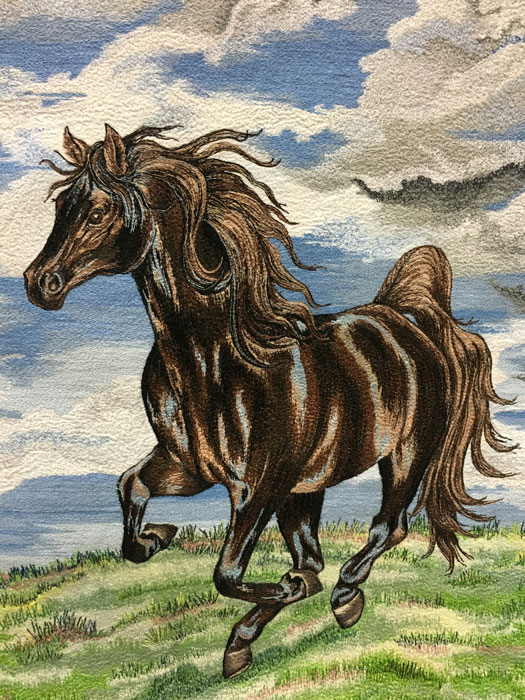 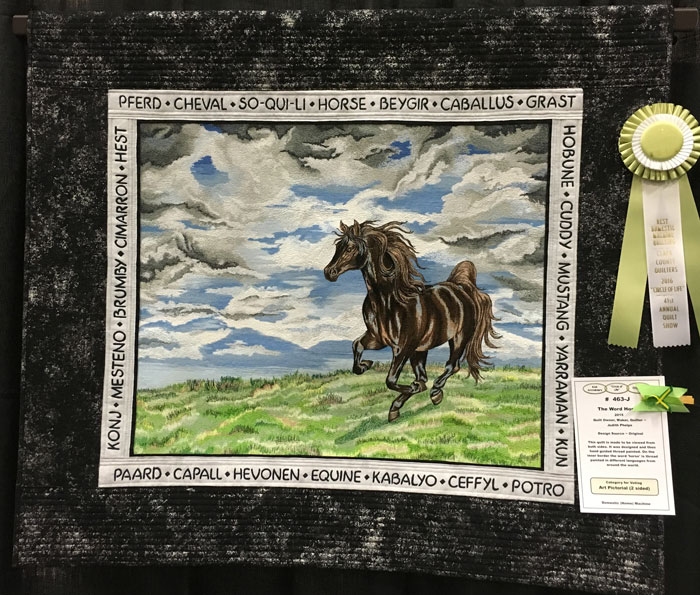 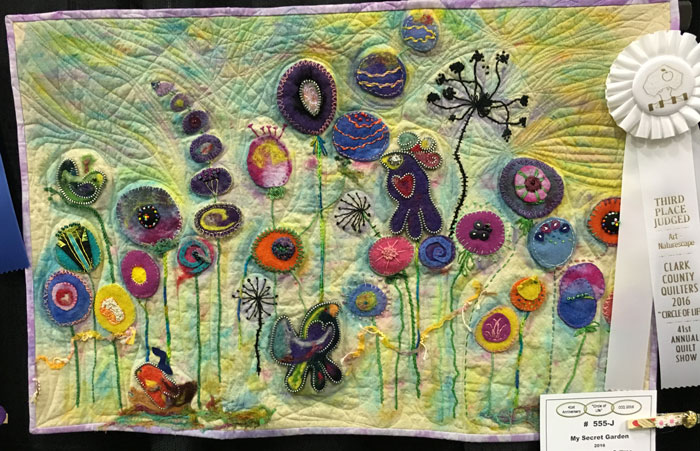 My Secret Garden by Kathy Bauman, Third Place Naturescape. I enjoy how the zippers and other embellishments contribute to the quirky, playful nature of the quilt. 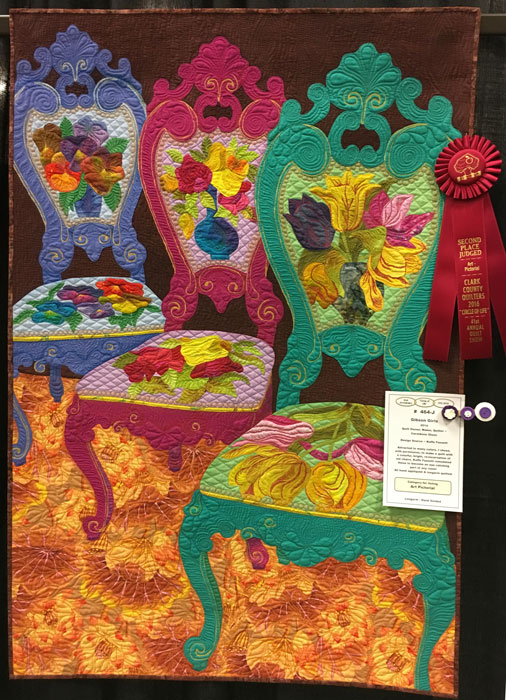 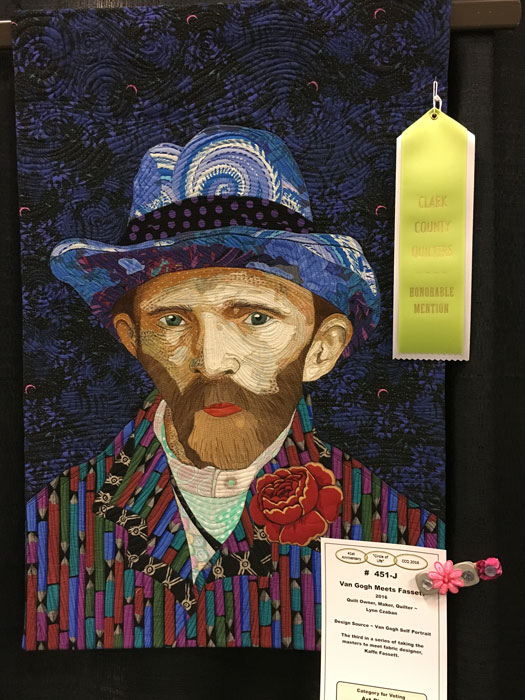 Van Gogh Meets Fassett by Lynn Czaban, Honorable Mention Art Pictorial. Lynn has been doing a series of work based on famous artworks. Past pieces have featured the Mona Lisa and my favorite, Girl With a Pearl Earring. 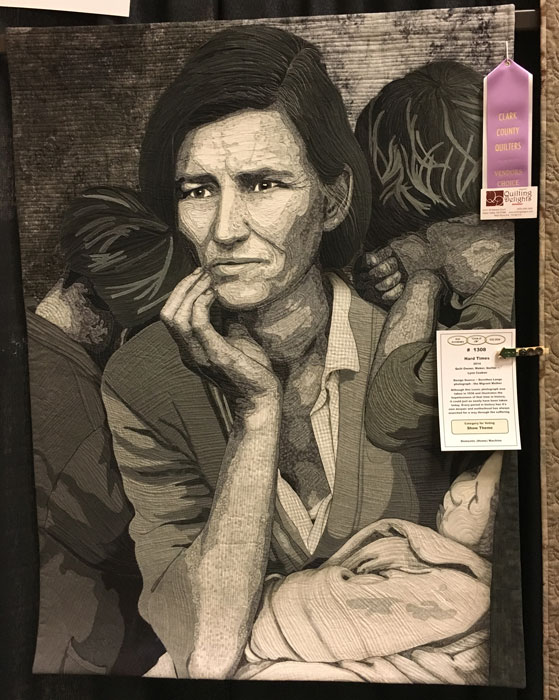 Hard Times by Lynn Czaban, Vendor’s Choice. Based on the famous photograph by Dorothea Lange. 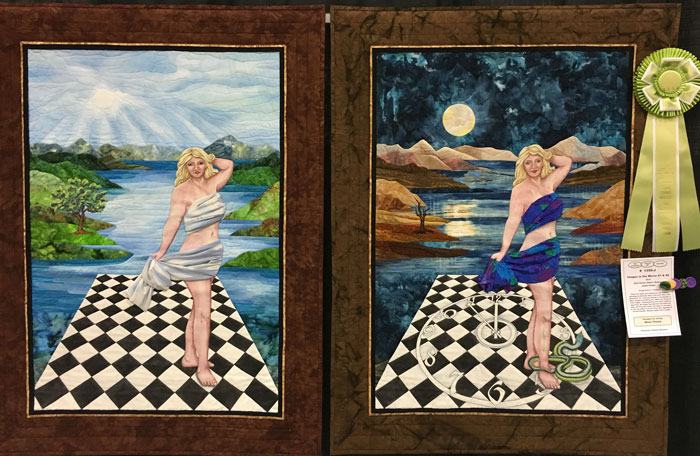 Images in the Mirror #1 and #2 by Judith Phelps, Best of Show 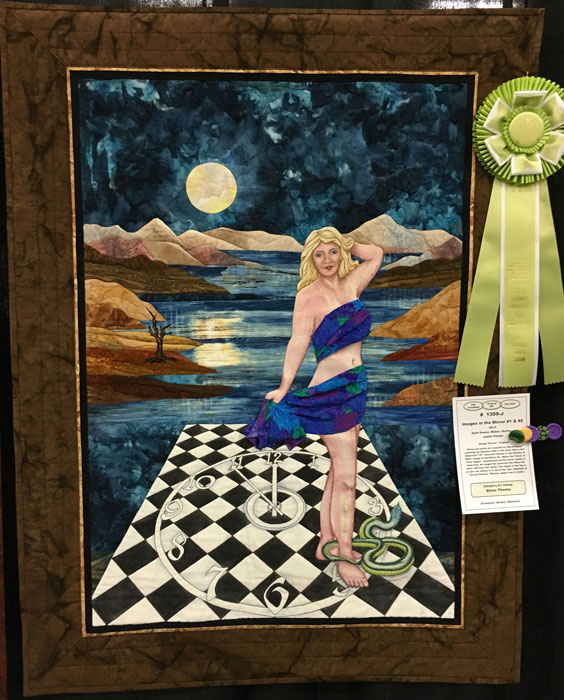 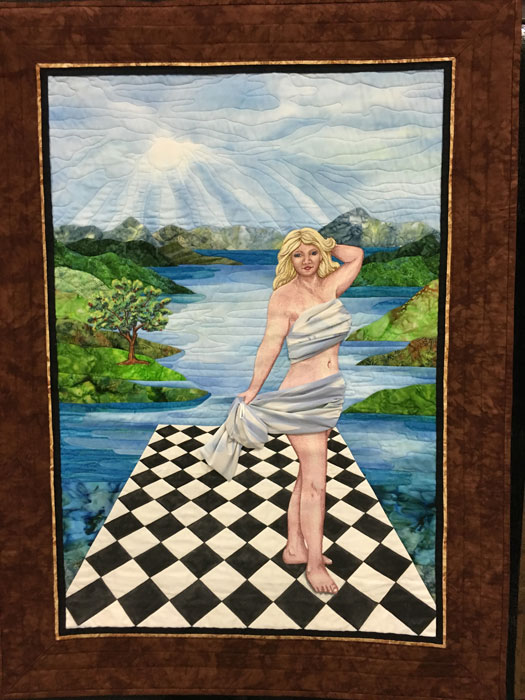 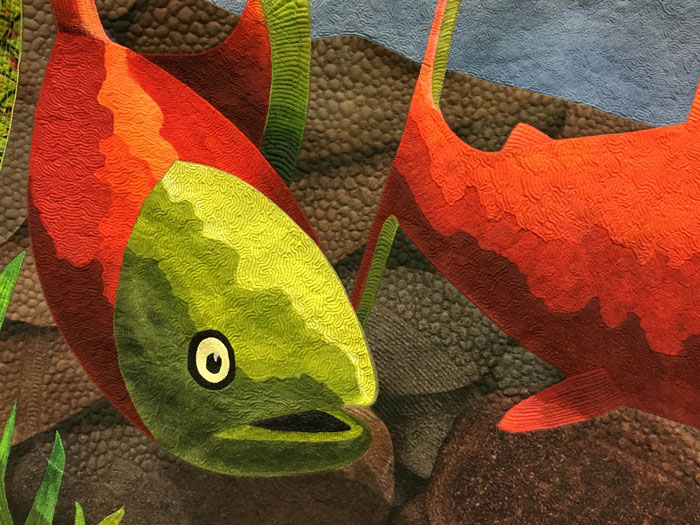 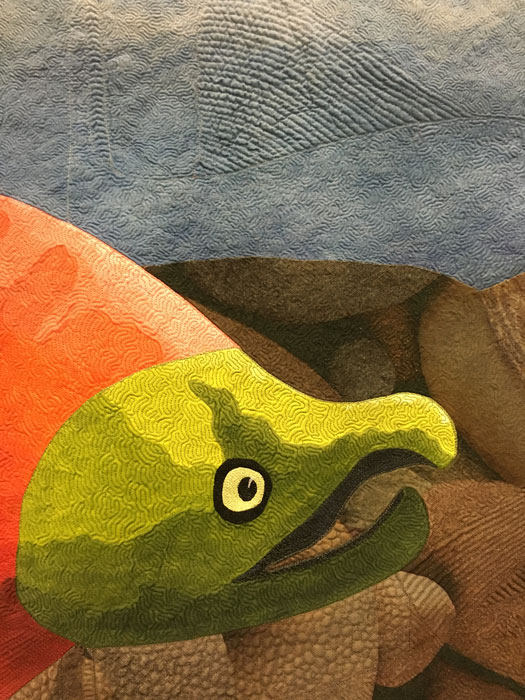