It has been nearly a month since I last posted. Why so long? I have been swamped first with one thing then another starting with the first week upon my return from France. In no particular order:

During all of this working and running around, I went to an artisan show featuring 30 artists at Peninsula Park, a wonderful rose garden in north Portland. The perfume of the roses on this sunny day was heavenly. 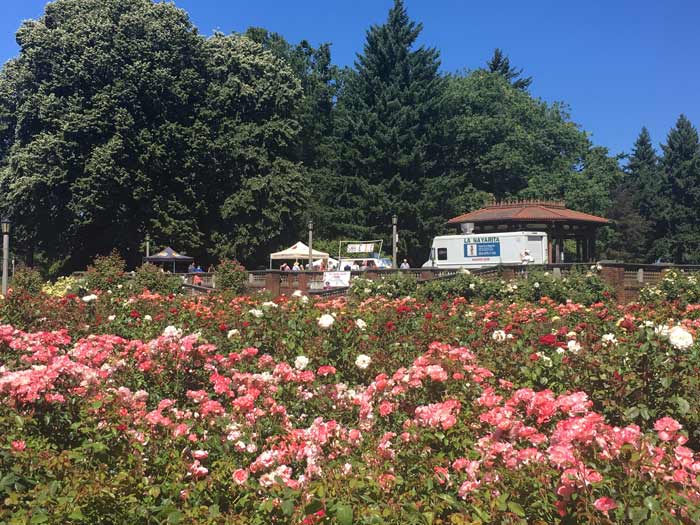 The park has a lovely fountain in the center. You can see by the number of people in the background, the show was well attended. 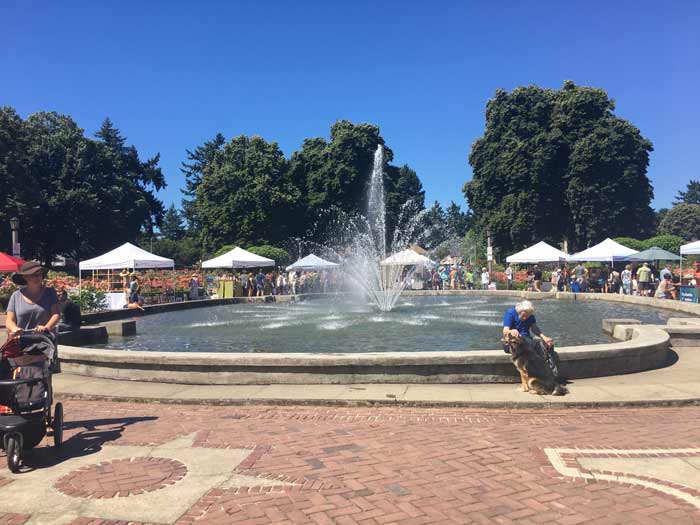 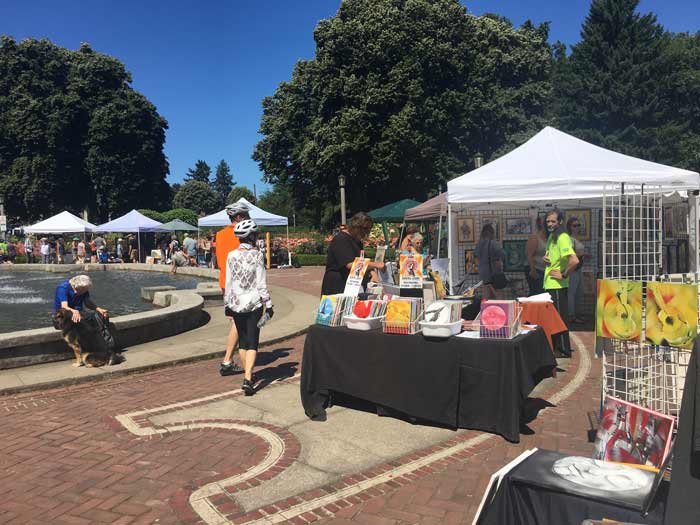 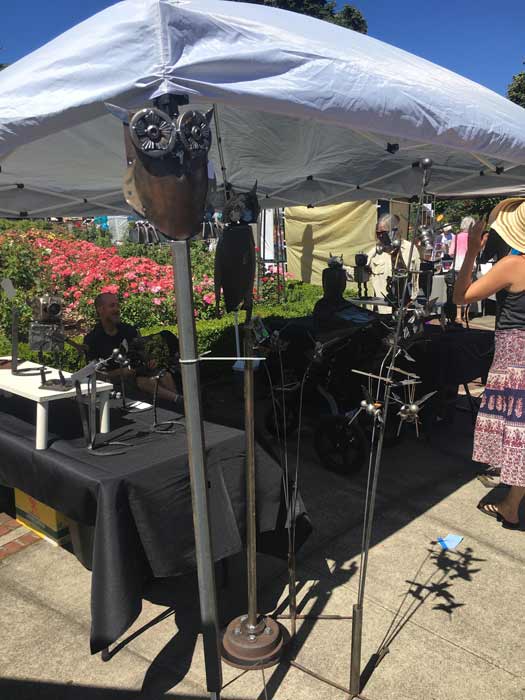 Mike was admiring a $900 fish when something else caught my eye–an old-fashioned looking bicycle, priced at only $65.00. When I asked why it was so low in comparison to other items, Joe said he was tired of hauling the bike around to shows for the past two years. He marked it way down hoping to sell it. And he did–to me! I loved it. 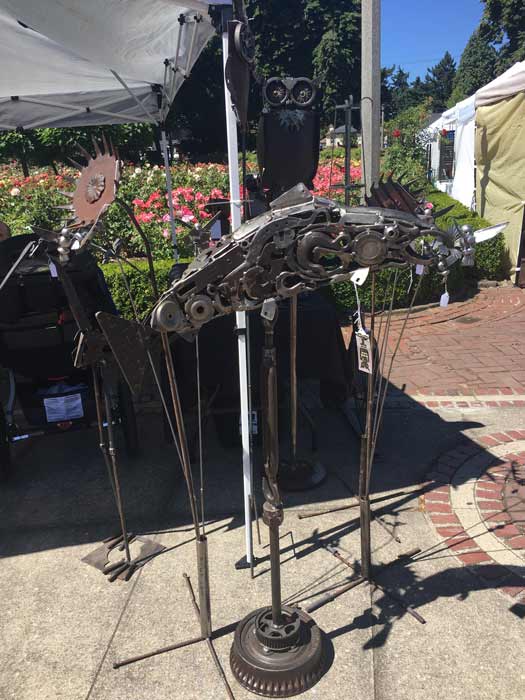 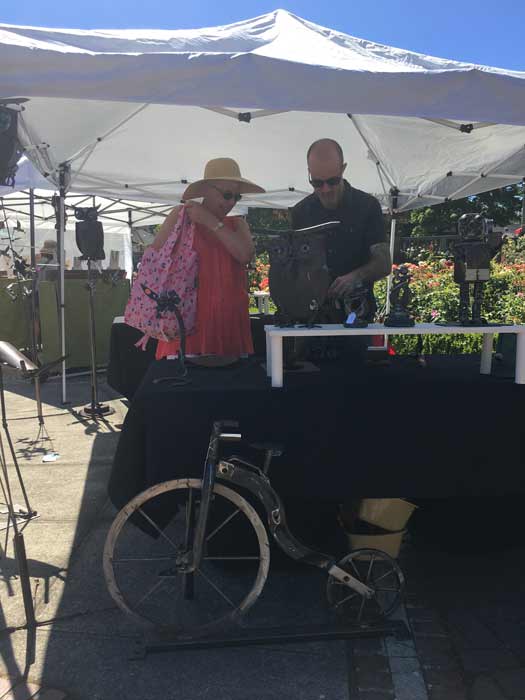 Joe held onto the bike while we completed the artists’ circuit. When we went back to retrieve it, he said five minutes after we bought it, someone else had wanted to buy it. She was too late.

Folded paper items caught my eye in the last booth. I wish I had taken down the artist’s name, as her work really intrigued me. 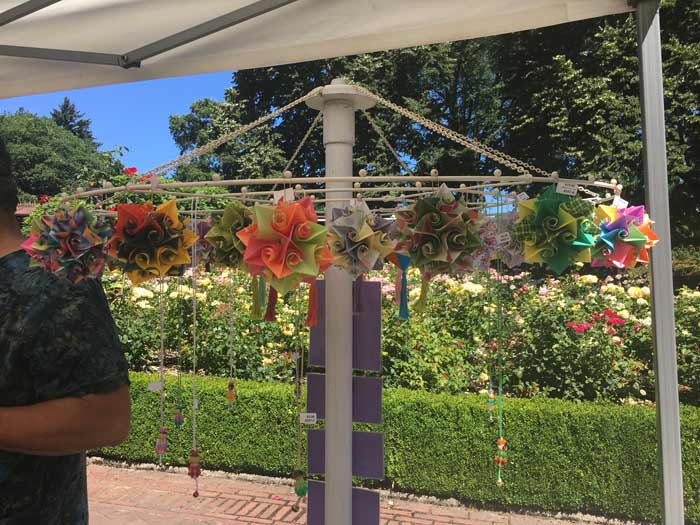