I spent last week in Little Rock, Arkansas at NQA’s annual quilt show. This was a new venue, as previously, the show was held in Columbus, Ohio. I really enjoyed seeing a new city I had never visited before. On a free morning, I walked down the street to the Clinton Presidential Center to tour the Clinton Library. I’ve never been to a presidential library before. While there are books, the library can best be described as a museum. Some of the items on exhibit are gifts from various heads of state. More importantly, there is a chronological display of Clinton’s time as president with a narration of his thoughts available at each point along the way. At the center of it all is a reproduction of the oval office on the second floor. 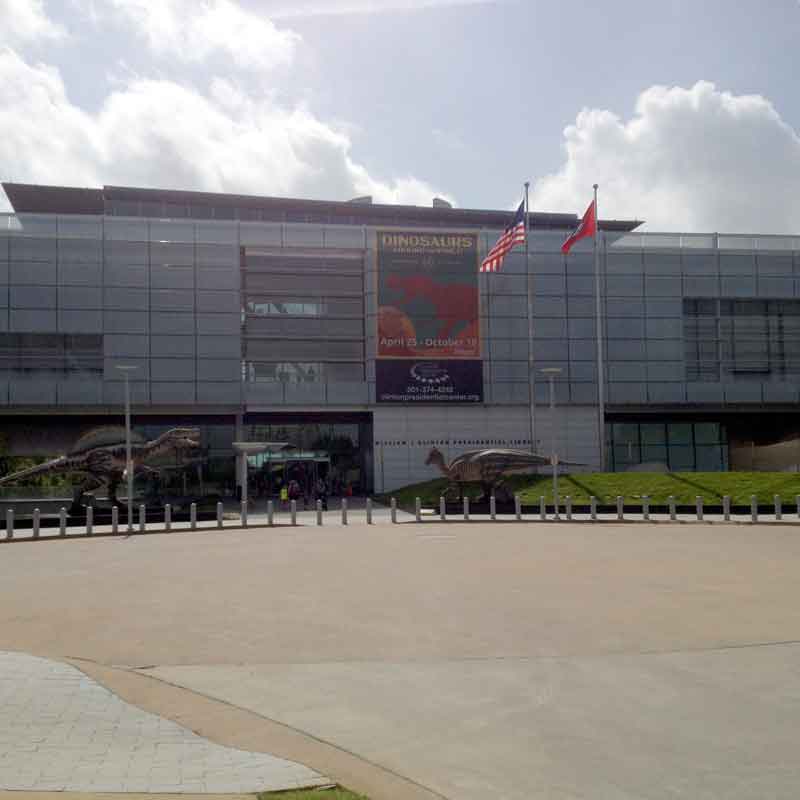 You might wonder why dinosaurs stand outside the doors. Surprisingly, there is an animatronic dinosaur exhibit at the Center. I imagine a lot of kids visit during the summer, and the dinosaurs are to attract them. Here is a shot of one dinosaur backed by the nearby bridge over the Arkansas River, which we could see from our hotel, the Marriott, and the Statehouse Convention Center, where the quilt show was held. 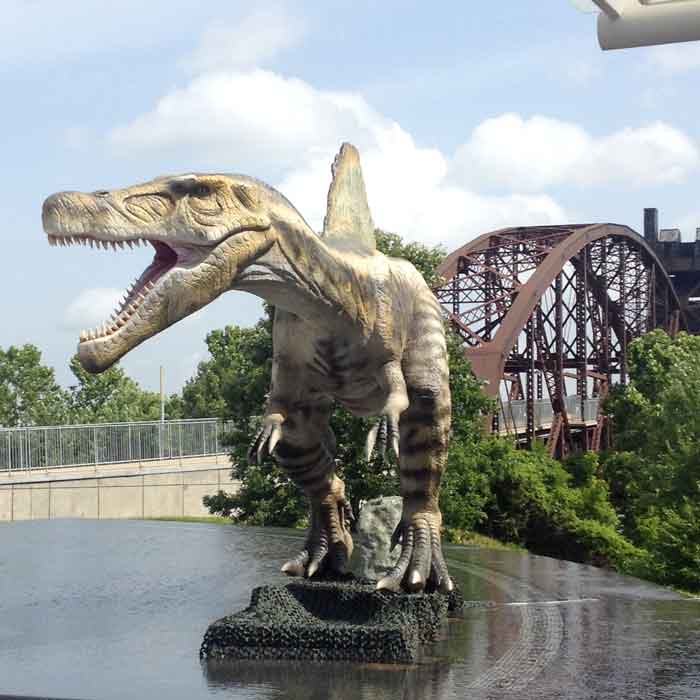 After the presidential library, I went to Heifer International, a short walk away. Heifer is “a charitable organization working to end hunger and poverty around the world by providing livestock and training to struggling communities.” I am quite familiar with Heifer but did not know it was located in Little Rock. Heifer has a unique program in that the firstborn of donated animals are given to another member of the community, thereby passing the giving on. 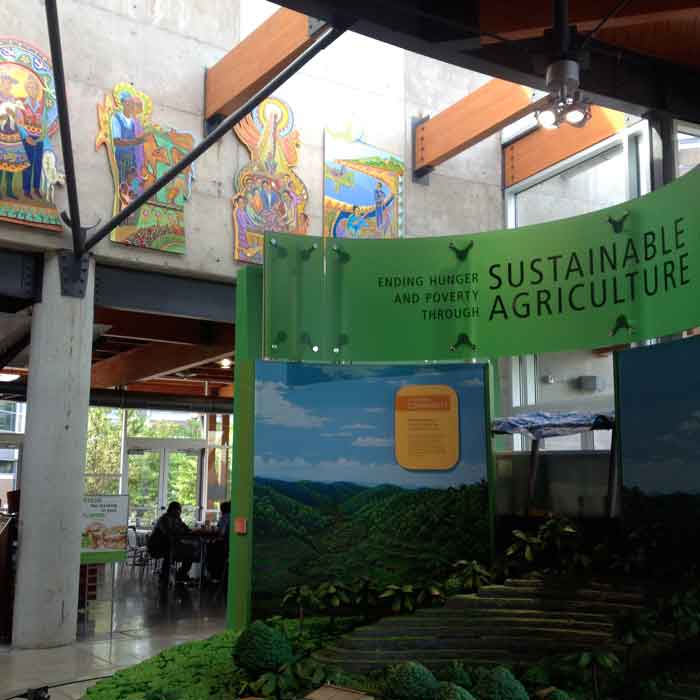 I went to the show to assist during judging, judge Masterpiece quilts, attend the annual NQA Certified Judges’ meeting, and teach NQA’s 2-Day Quilt Judging Seminar. Here are some photos of the major award winners. 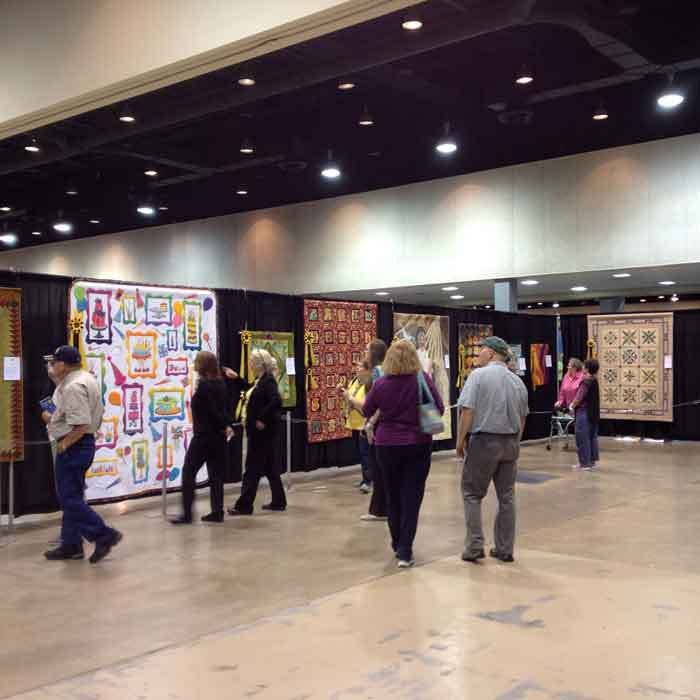 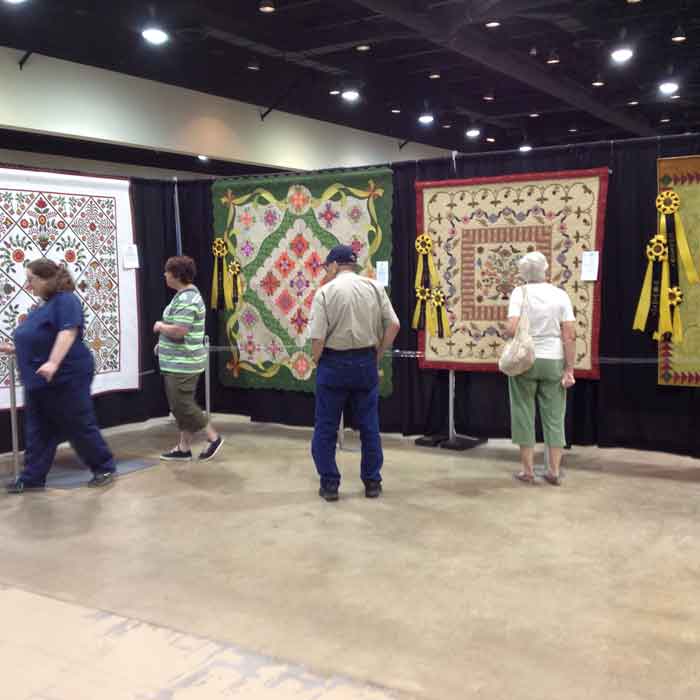 Here’s a close-up of my favorite quilt in the show which was awarded Masterpiece Quilt status. The quilt is called Bouquet Royale and is by Margaret Solomon Gunn. I have one word for this quilt–exquisite. 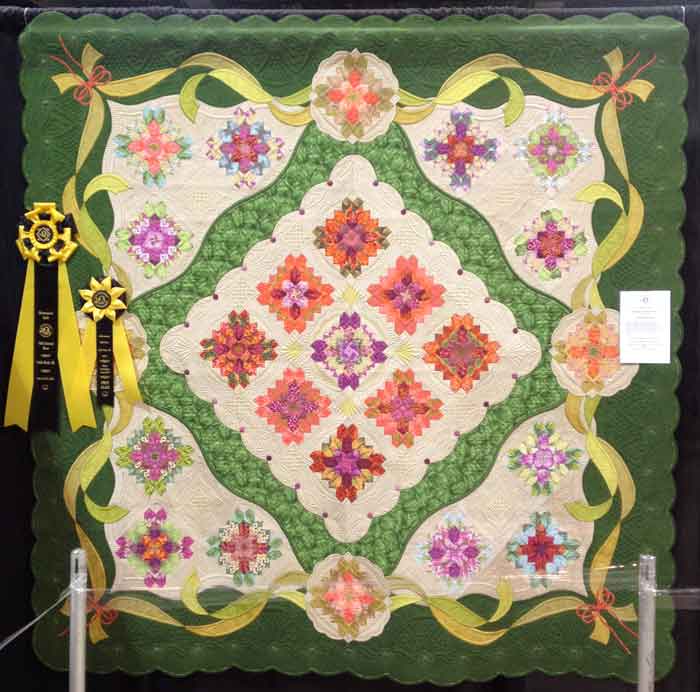 Finally, here are the winners, in order, for Best Use of Color, Best Piecing, and Best Use of Embellishment. All would have been my choices, as well. 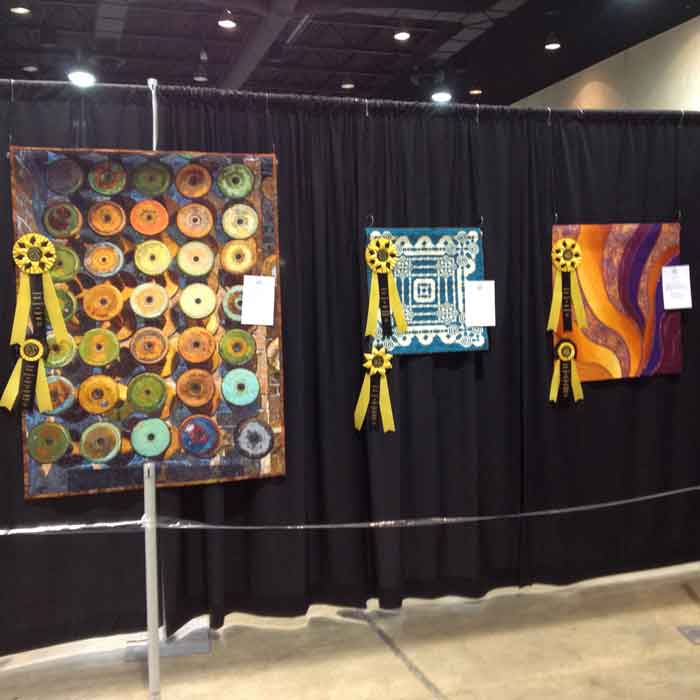