Last week I received a request from International Quilt Festival asking me to allow them to keep my quilt for traveling in exhibitions through next May. I would have been happy to say yes, but I had already submitted the quilt to another show whose deadline has passed. I don’t want to be known as one of those people who pull their entries after jurying has begun. If the quilt was accepted at this second show, I offered to ship the quilt back to IQA after this second show was over, because there was time before IQA traveled the quilt to their first intended show. But they declined which I anticipated. I guess I can say I was honored to have been asked.

But then the good news. Back in August I received a request from the International Quilt Festival asking me to ship my quilt early. They wanted to photograph it themselves for possible inclusion in their magazine International Quilt Festival Quilt Scene. I told few people, because after writing for American Quilter magazine for seven years, I knew how often articles and quilts were bumped from their schedules. The way I would know whether my quilt was published was if I received an issue of the magazine from IQA. I’m happy to say I did yesterday. What really surprised me was seeing it in a full-page image. I expected it would be in a group shot of some sort. I’m impressed with the photo quality obtained by IQA’s photographer. You can really see the quilting detail behind all of the appliqué and embroidery. I have to say I’m also enjoying the other quilts in the gallery section. There’s an excellent variety of traditional, innovative and modern. 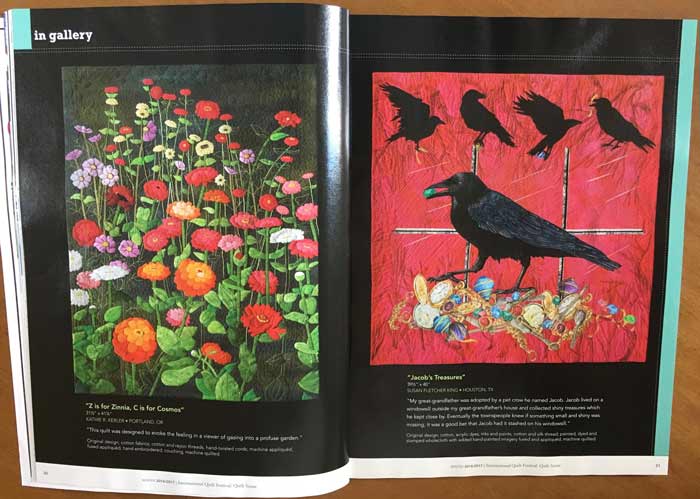 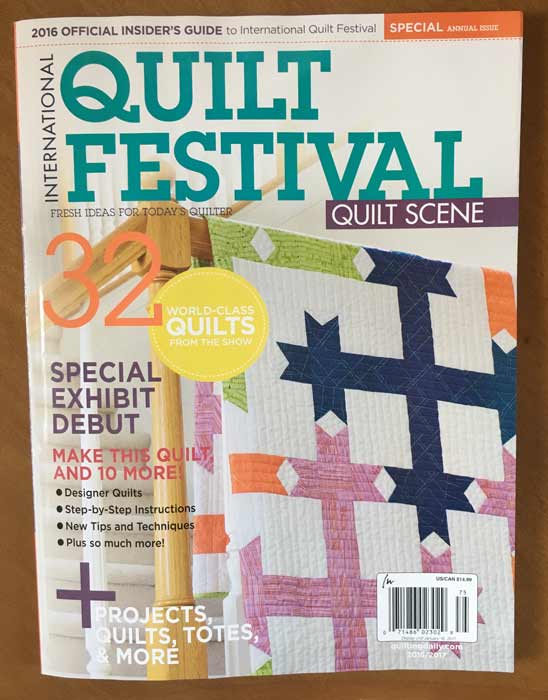