I’m a lover of most things French. It’s hard not to be after living in Montréal, Québec and Paris, France for five years. As a Francophile, I’m a member of Alliance Francaise de Portland, a nonprofit cultural and educational organization offering French classes and social and cultural events. This past Friday, I attended a wine-blending class offered by Pascal Chureau, the chef of Allium, a French bistro in West Linn, a suburb of Portland.
I wasn’t sure what to expect, thinking maybe Chureau would lead us through mixing this wine with that. But no, he cut us loose on a wine-filled table of red wines including Spanish Tempranillo, Cabernet Sauvignon, Pinot Noir, Merlot, Malbec, and one I’d never heard of, Marechal Foch, obviously named after the World War II French general. Chureau called this wine a bit bizarre.
We were somewhat reluctant to approach the table, because we weren’t sure where to start. Chureau made a few suggestions of two to three wines that blend well into a third wine, but he left it up to us to decide for ourselves. As we tasted small sips of various wines, it didn’t take long before we were all talking, comparing, and clearing our palates (read snacking) on bread and cheese. I quite liked the Marechal Foch but found two wines I thought would blend well, Malbec and Merlot. But the combination tasted flat, as if I had killed the flavor of both. Then I tried two more blends and liked both. I chose to combine the Tempranillo and Cabernet Sauvignon 50/50 to bottle and take home. I gave myself a bonus after misunderstanding Chureau. When I asked how much to mix, he said 10 ounces times two, because the measuring cup only contained 12 ounces. Well, he meant 10 ounces of each. I thought he meant 20 ounces each.
I learned some surprising things. Apparently, it’s becoming popular to blend bottled wines as we were doing. I assumed if you bought a bottle of wine you liked, you drank it as is. It would have never occurred to me to try mixing it with something else. It seemed that would be wine heresy. Then I discovered how hard it is to cork wine. The corking tool is impressive, but you have to press so hard, it felt as if the table legs were going to buckle under the pressure. And when I pointed out we had red wines and asked if you could mix white wines, I was told absolutely “non”. Although, you can mix champagnes.
Chureau is also a caterer with Field and Vine Events and involved in Dinners in the Field, which marry farmers and vintners around the greater Portland area. The meals take place indoors and out, depending on time of year. He generously gave away two tickets to Dinners in the Field. He said there would be one “gagnant” and eleven perdants (winner and losers). Zut! I was a perdant. I would love to go to one of these meals and will have to keep it in mind. 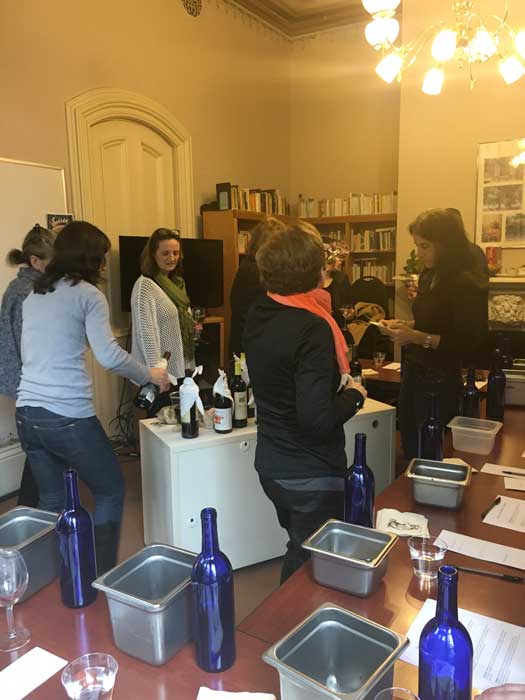 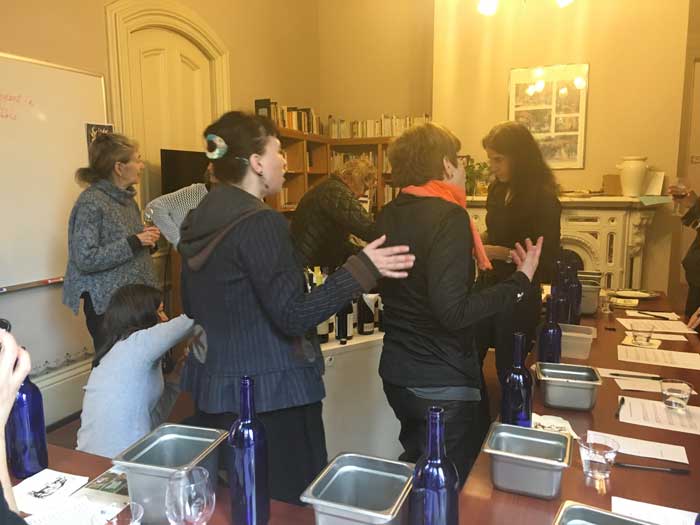 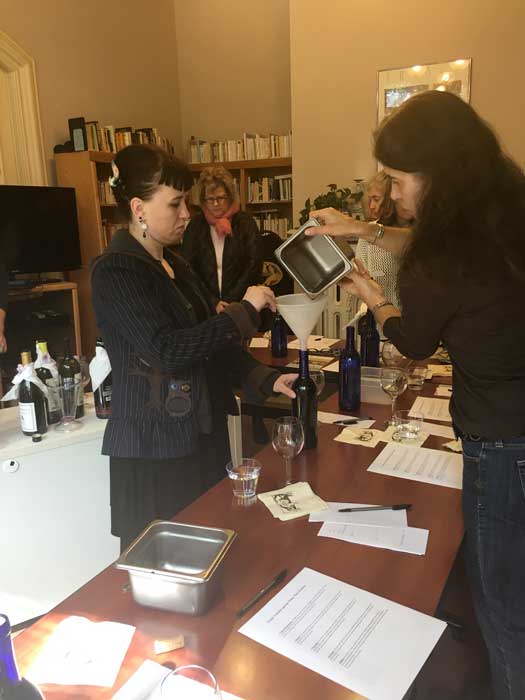 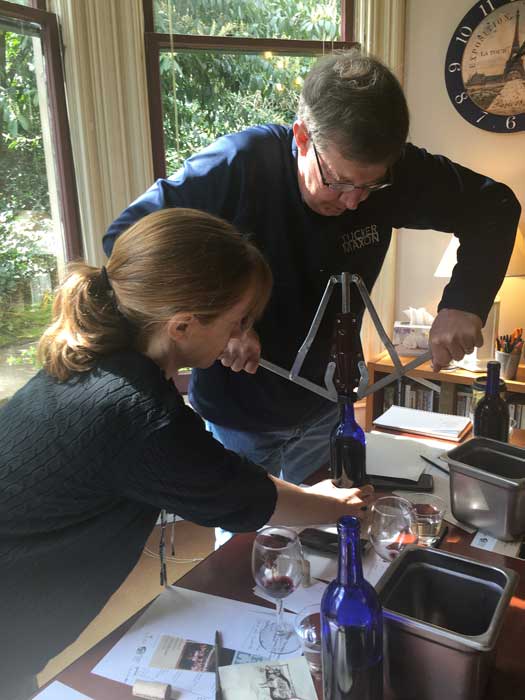