On one of our last days during our UK trip, we went to the new Victoria and Albert Museum in Dundee, Scotland’s first design museum. The building, which evokes a ship,  pays tribute to its surroundings. It sits on the waterfront and looks as if it is floating with the River Tay as the backdrop,. I highly recommend the tour. We were in Dundee two days. The first day’s activity was cancelled, so we decided to go to the museum a day early then leave early the following day for Edinburgh. Well, after going we didn’t really want to go again, but the tour was paid for in advance. We were very glad we went a second time. The guide provided such depth regarding the architecture and history behind the project. Well worth it. In fact, we were underwhelmed by the exhibits but found the building itself to be the star of the show. The museum has free entry, although some special exhibits have a fee. 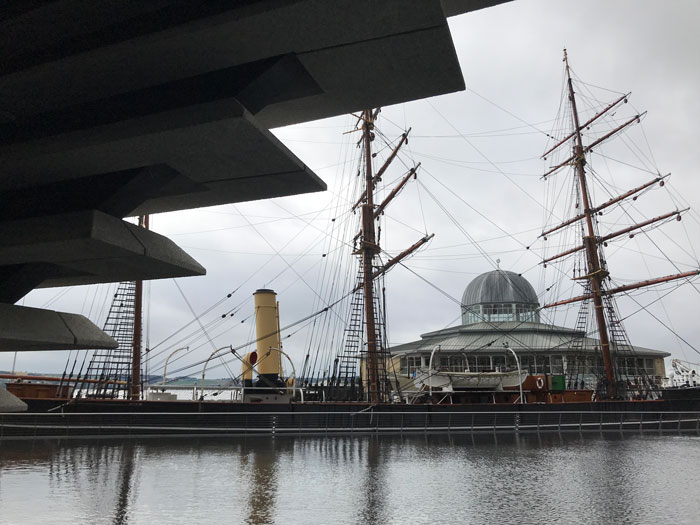 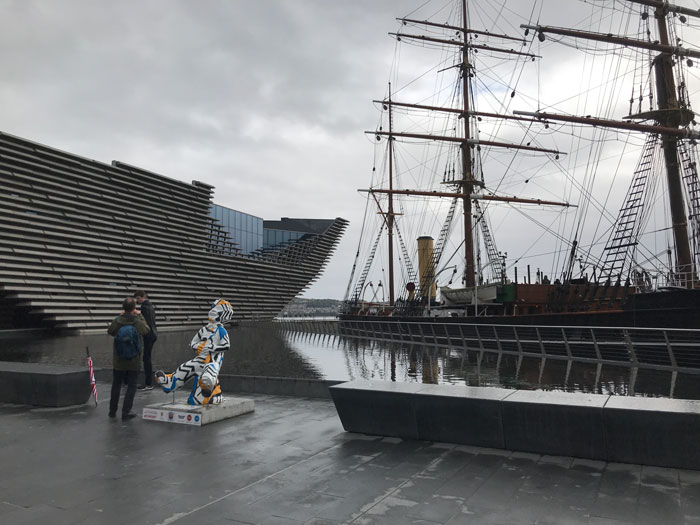 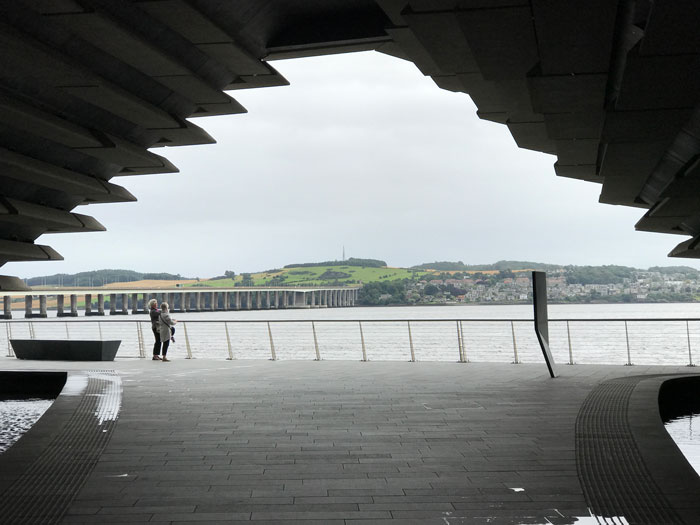 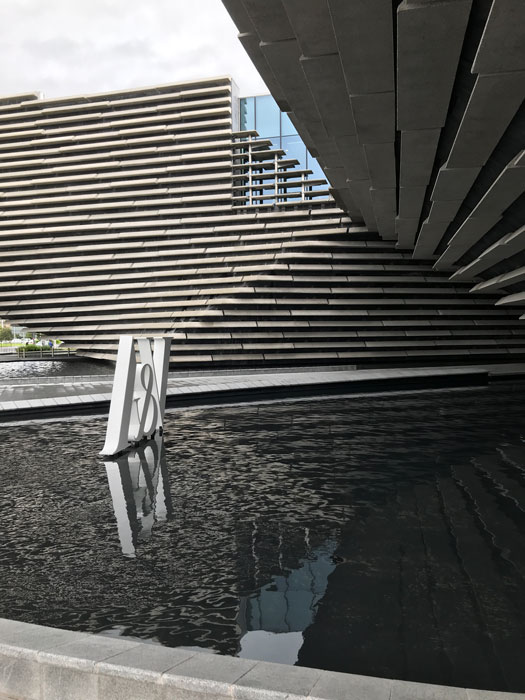 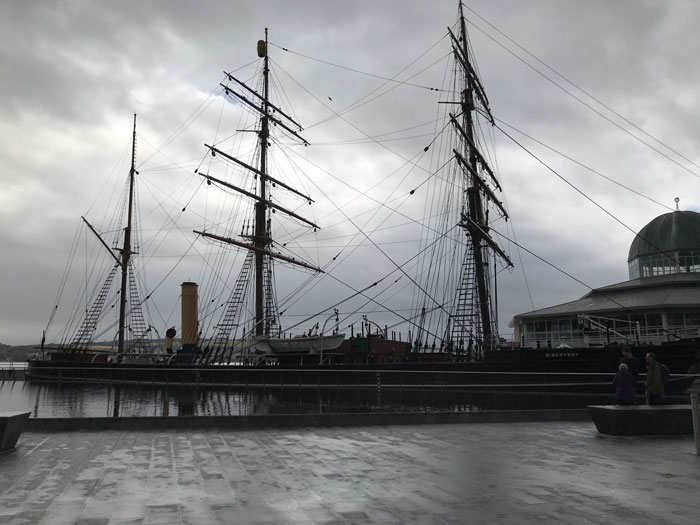 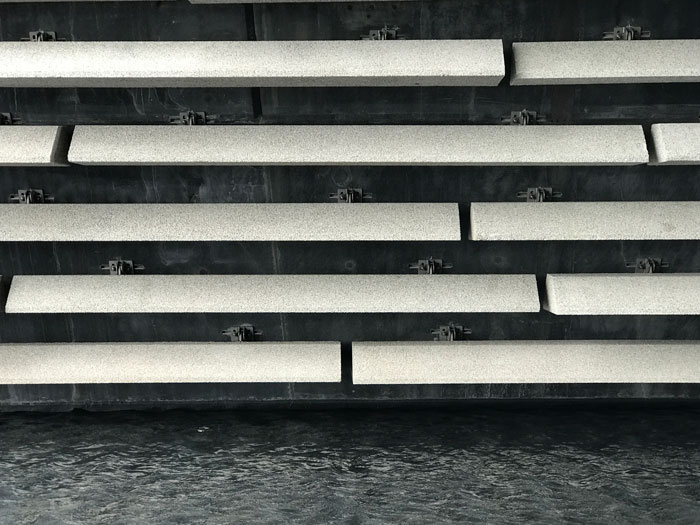 There is a section of the museum devoted to Scottish design. The exhibits are floor to ceiling, which made it nearly impossible to take any decent photos. Here are three which intrigued me.

I loved the lips on this dress. It reminded me of the lips I used in my design that paid homage to my grandmother. 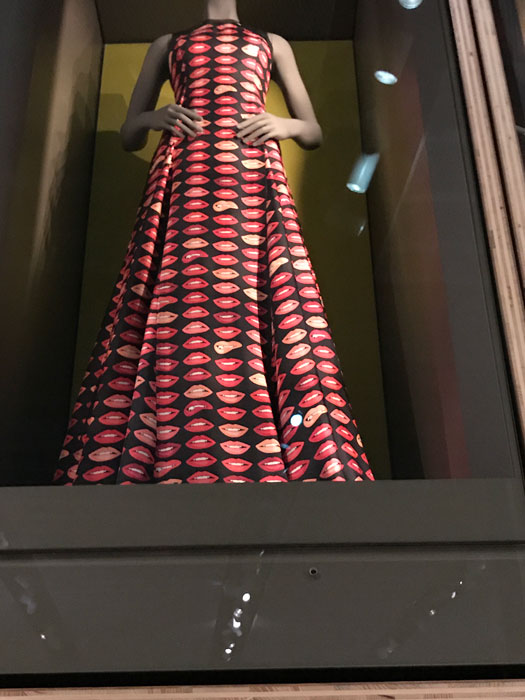 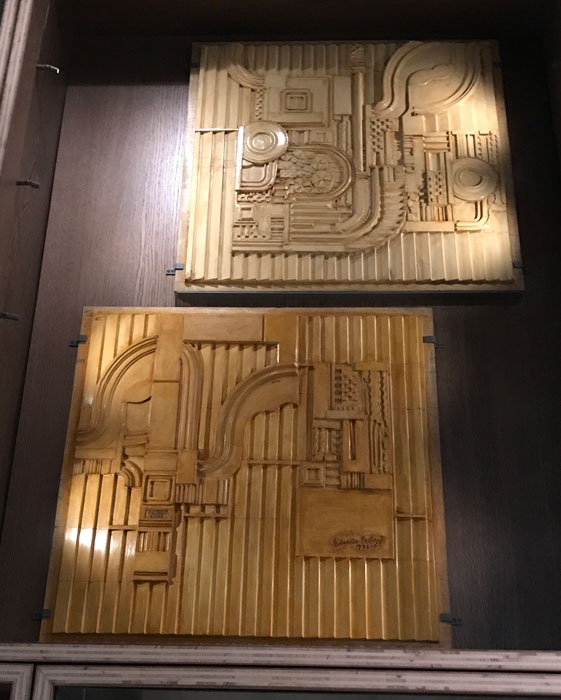