Last weekend I received a 2nd place award for “Z is For Zinnia, C is For Cosmos” at the Northwest Quilting Expo here in Portland, OR. I love the “lemonade” quilt on the right. 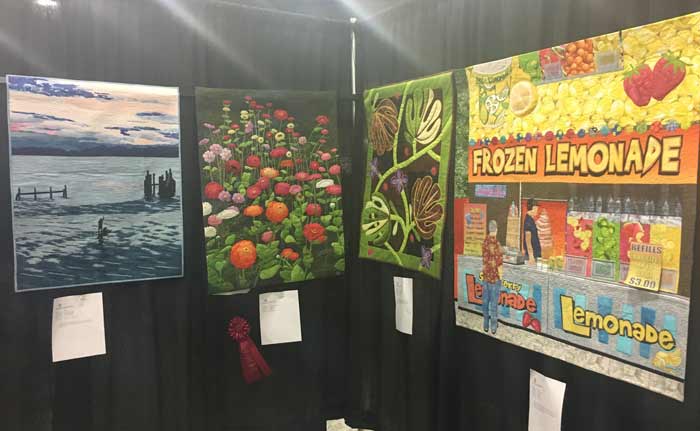 See more images in my gallery by clicking on the link. 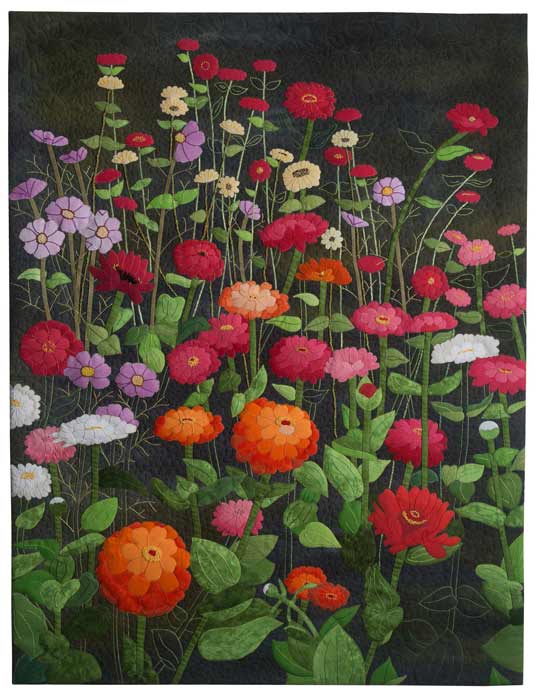 “Z is For Zinnia, C is For Cosmos”

Then a few weeks back “Anasazi Roadways” was juried into Patchwork Design 2018 — Brazil. There will be three exhibits in March, April and June, in Rio de Janeiro, Sao Paulo, and Curibita. Very exciting to show work in South America. 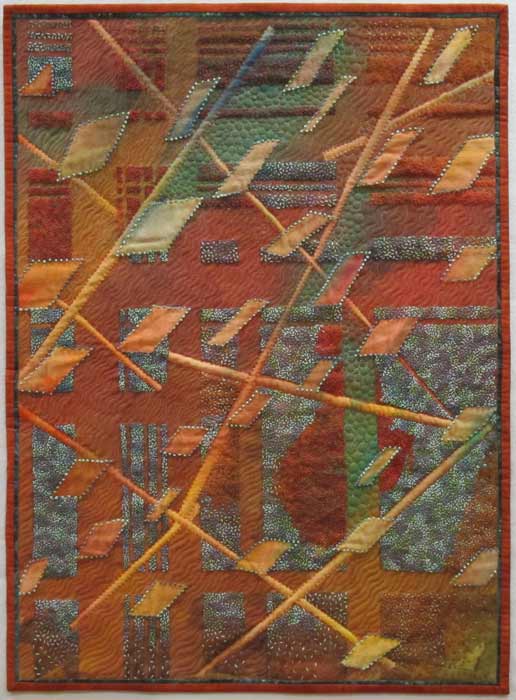 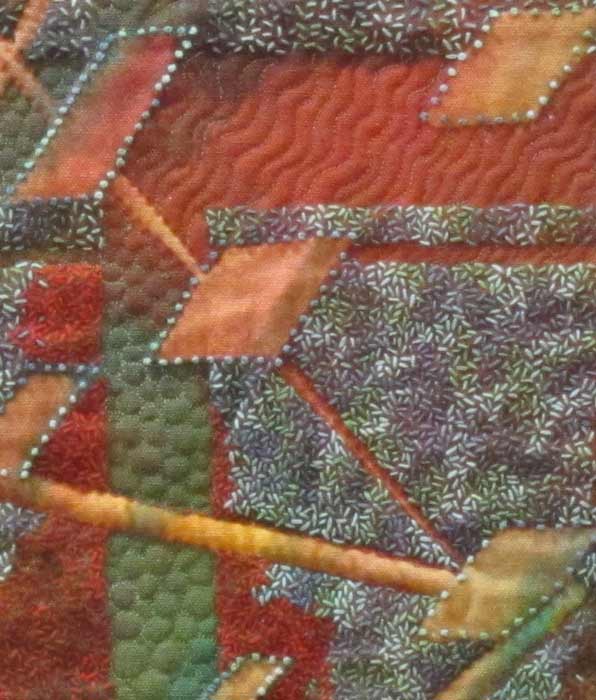 And I’ve finished my “mini Zinnia” pattern for American Quilter magazine. I wish I could post a photo of the finished piece, but they’ve asked me to wait until closer to publication, which will be March 2018.

I can happily say I’ve finally finished the second wall hanging for my cousin Michelle. She asked me to create two small quilts for her two granddaughters out of embroidered blocks her mother did when she was twelve. I divided the blocks between pastel and bright thread colors and chose fabrics from my stash that complemented the blocks’ style. Her mom, who is my Aunt Lee, completed the blocks during the early 1940s. They are state bird blocks that my grandmother, Kathryn Kerler drew on muslin. I’m not sure what happened but not all of the then 48 states are represented. From talking to my aunt, it doesn’t sound as if embroidery was her thing. There are loose stitches and long thread tales that shadow through the light muslin. But I like that they show the age and intent of the maker. These are not great photos, but you get the idea. While I ditch quilted around the blocks, I don’t like the bubbling of the block without any quilting in it. But honestly, someone would have to pay me to quilt around the embroidery of all 28 blocks. 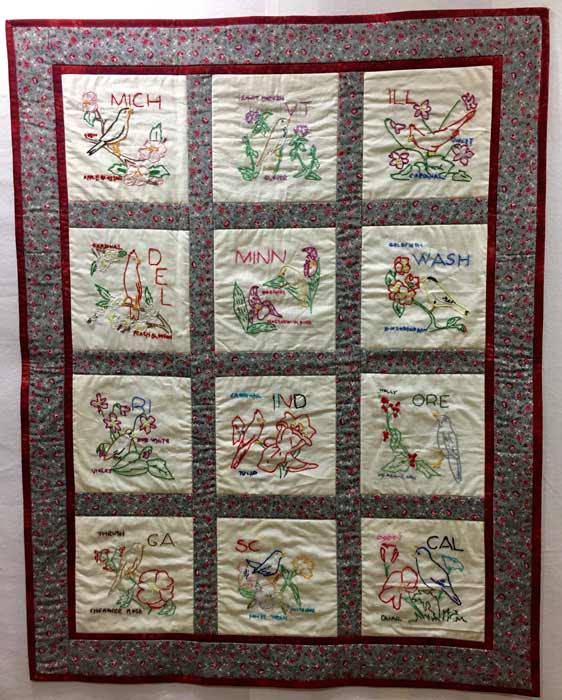 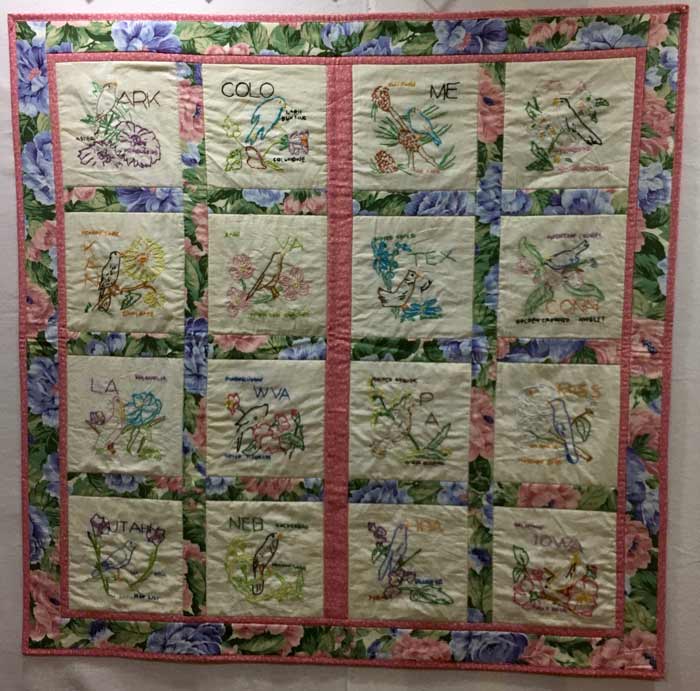 On Friday I’m off to Seoul, South Korea on a two-week textile tour. Should be most interesting. I’m trying to learn how to say some simple words, such as please and thank you in Korean. The intonation is tough!