This past week I judged in the San Luis Obispo area, a part of California I’ve never seen before. Gay McNeal, a member of the San Luis Obispo Quilters (SLO Quilters) and the judging coordinator for the Seven Sisters Quilt Show hired me and was my host for two days. The Seven Sisters Quilt Show features the work of members from seven guilds who join together for one large show each year. The evening prior to judging Gay and her husband Jack gave me a tour which included downtown Morro Bay, Morro Bay State Park and Montana de Oro State Park. Jack is a trail docent and an amazing history buff of the area where the couple lives.

We started at The Gallery at Marina Square where Gay and Jack are members and show their work. Jack, a photographer, sold two pieces in the two days I was there, while Gay, a fiber artist, sold a small piece. We had dinner at Breakers Cafe, which I highly recommend should you travel to the central California coast. 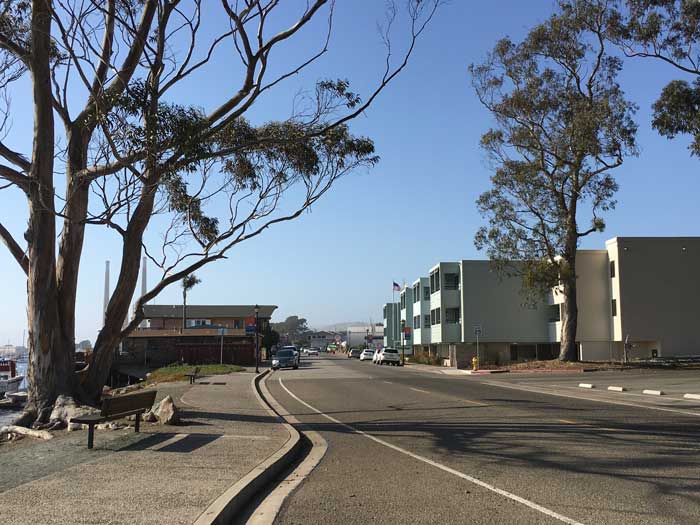 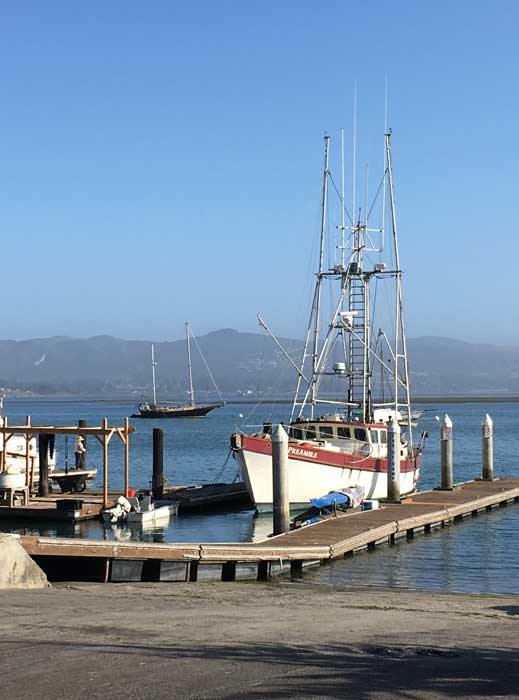 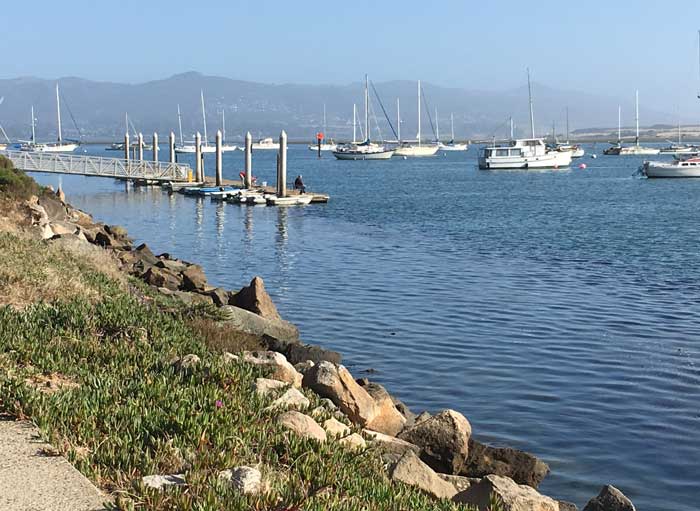 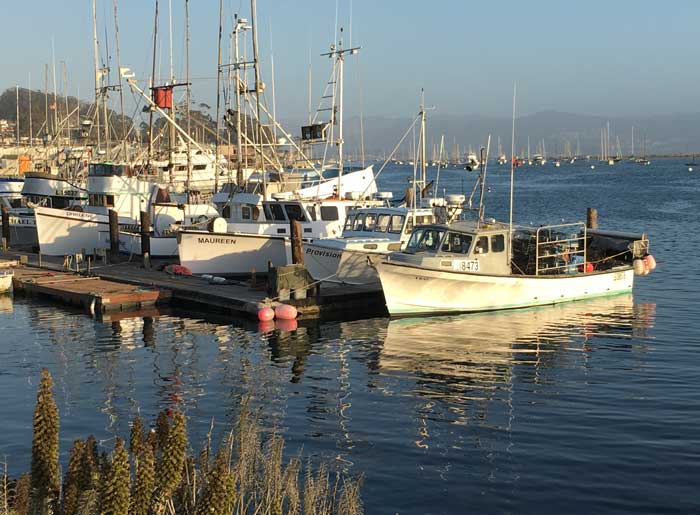 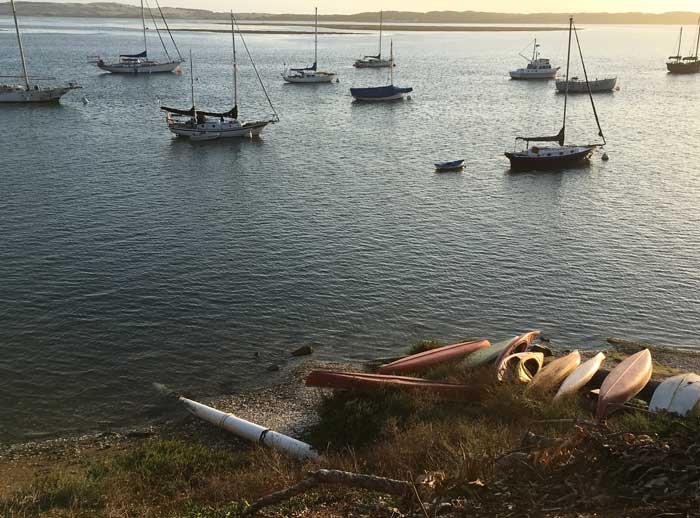 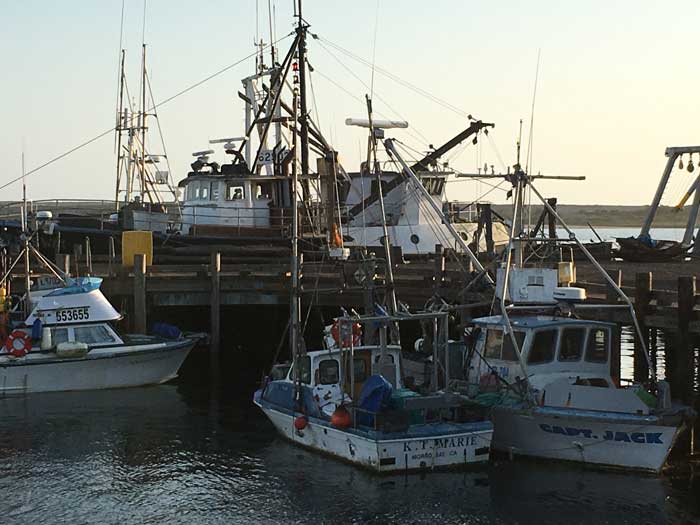 Sea otters reside between Morro Bay proper and the State Park. The otters in this flotilla are noticeably smaller than those I saw on my trip to Alaska last September. I zoomed in as best I could for the photo, and I know they are small, but darn it, they are sea otters, and I was excited to see them. Sometimes they congregate in another spot closer to shore, but when we went there we were out of luck. 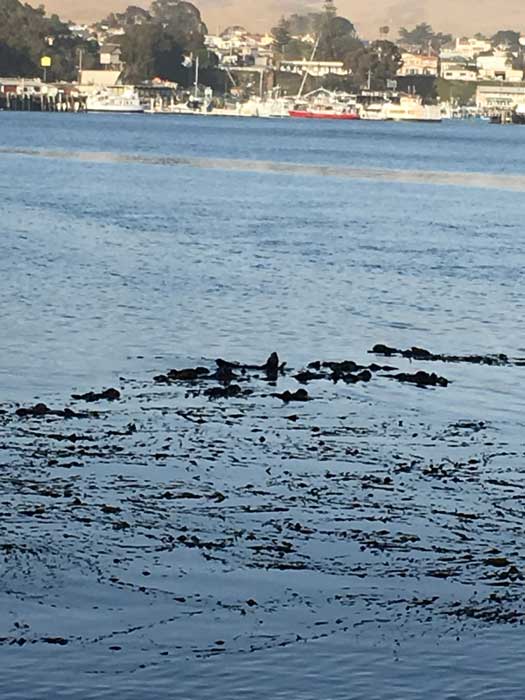 Quite a few cormorants roost in the evenings in an area Jack showed me. It was early yet so there were only a few. But that was enough, because when I took this photo, which you will notice is at an angle and not directly under them, one of them pooed on me. I couldn’t believe it, because I was being careful or so I thought. First time that’s ever happened to me, and I hope the last. Cormorants eat fish, and the smell wasn’t pleasant. Enough said on the subject! 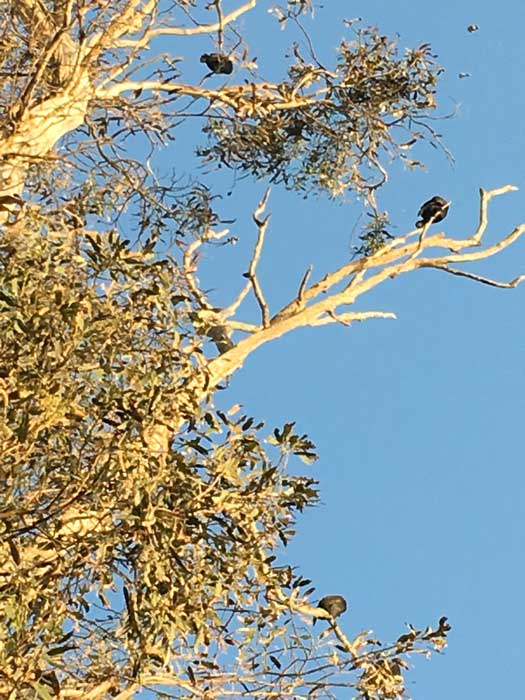 This last photo is a shot I took of the kayaks in one of the images above. I think it’s a great composition and a possibility for a future art piece. I love the shapes and colors.