Cultural and historical outings were sprinkled among the textile-oriented activities, one of the ways you really learn about a people and their country. This day took us to the Changdeokgung Palace constructed during King Taejong’s reign (1400-1418). 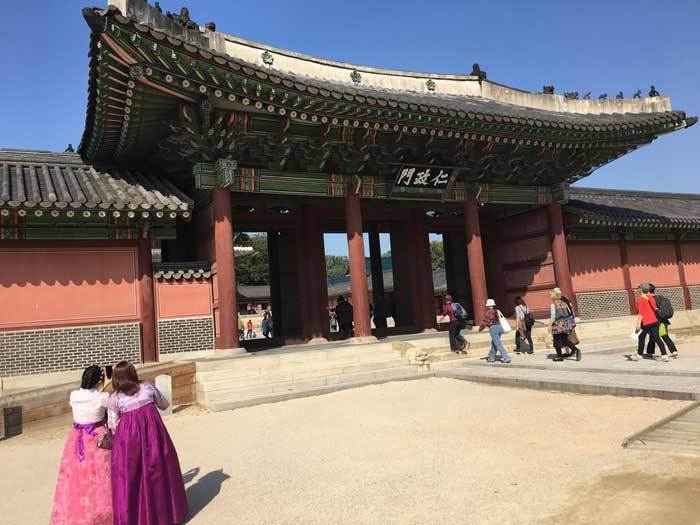 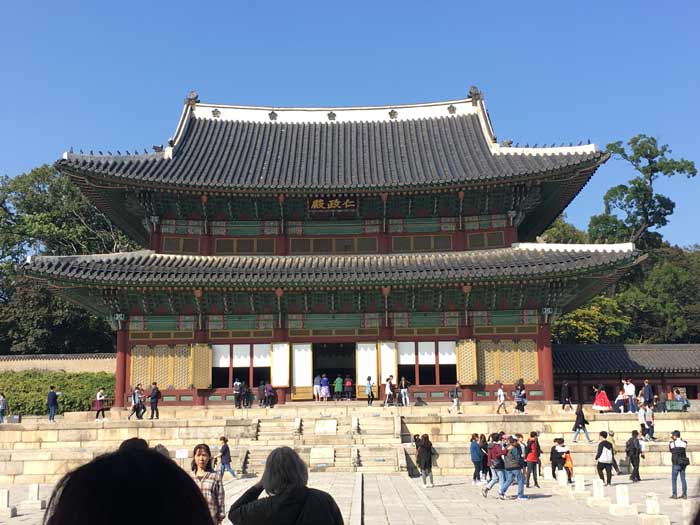 There are many striking “gateways” to pass through as you tour the palace grounds. 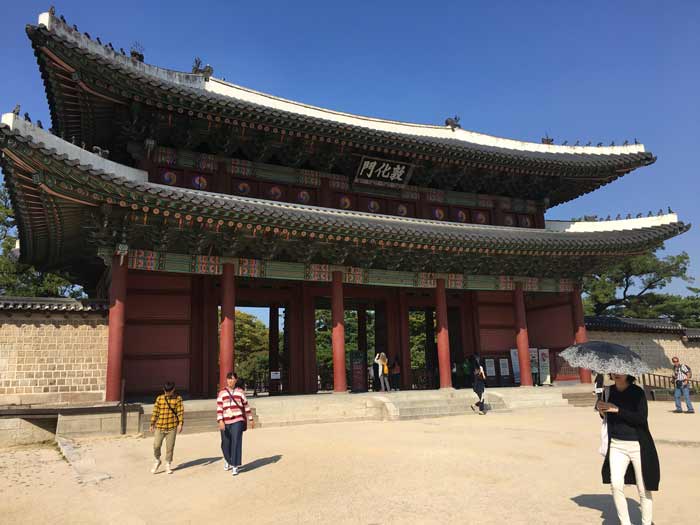 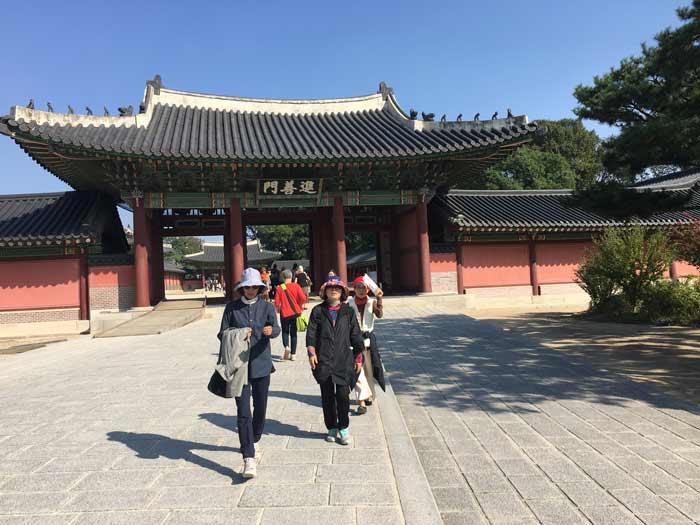 Here are just two shots of the intricate and colorful interiors. 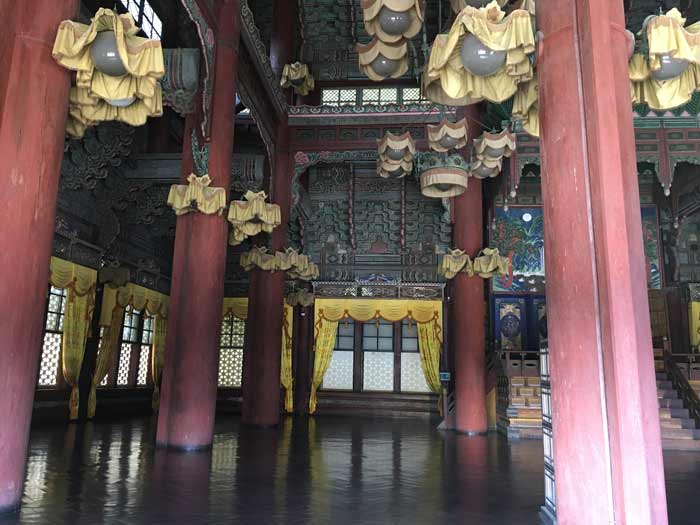 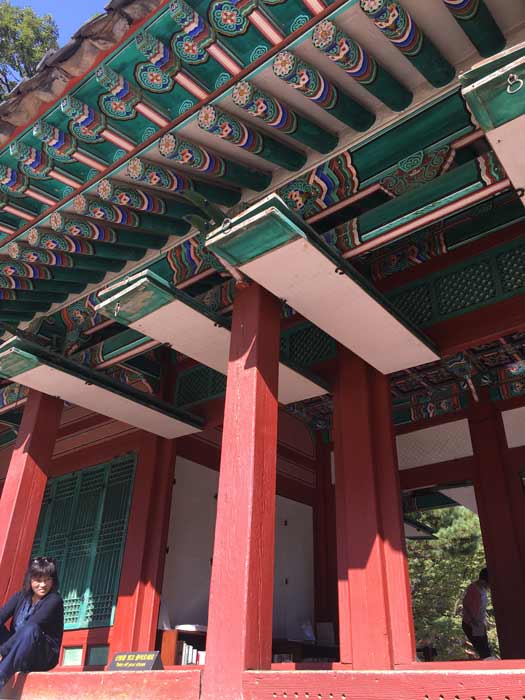 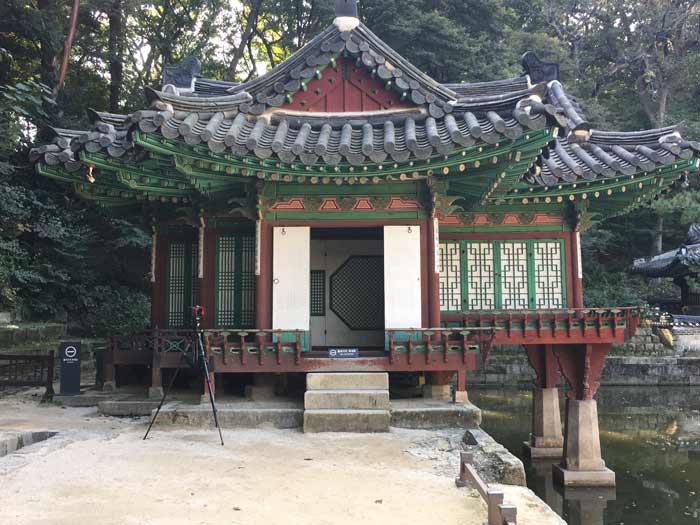 We extended our visit of the palace grounds to see the Secret Garden, open only to kings. It could be accessed from this palace and one nearby called Changgyeonggung. During the Japanese invasion of 1592, many of the garden’s pavilions were destroyed. Restoration began in 1623 and continued through many succeeding monarchs. The Secret Garden is considered an exceptionally exquisite design adapted to its topography and natural setting, with minimal artificial landscaping. Ponds and the Ongnyucheon Stream run through the Garden’s valleys. It served many uses as a place for the composition of poems and a venue for banquets and military drills. The king and queen also farmed and raised silkworms here. 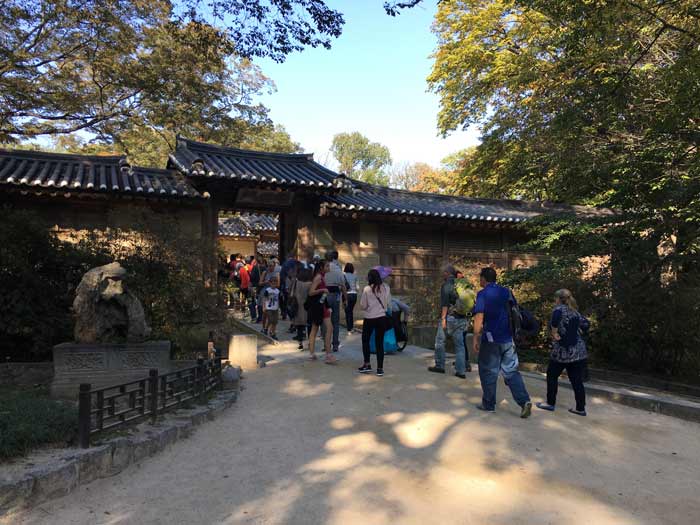 There were many beautiful vistas to admire within the Garden. I could easily imagine the kings and queens passing through, meditating, chatting, strolling–the Garden all to themselves. Small pavilions were built here and there on the grounds to give a sense of privacy and intimacy. 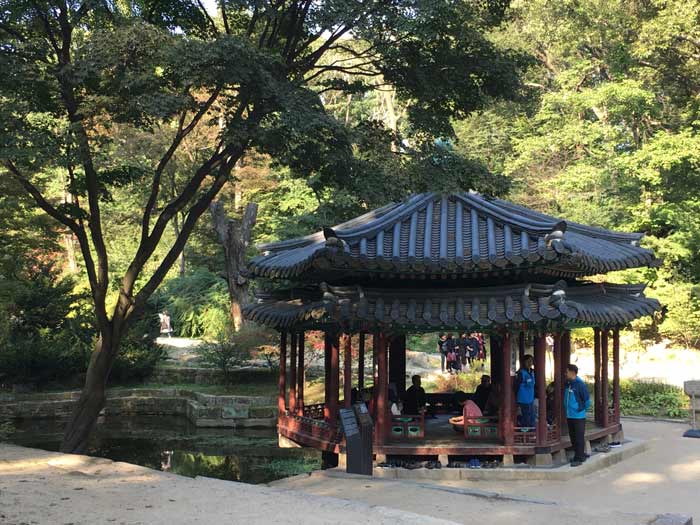 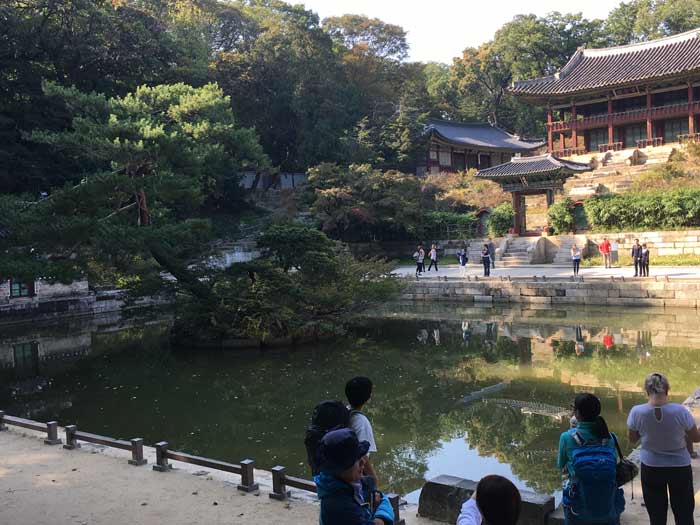 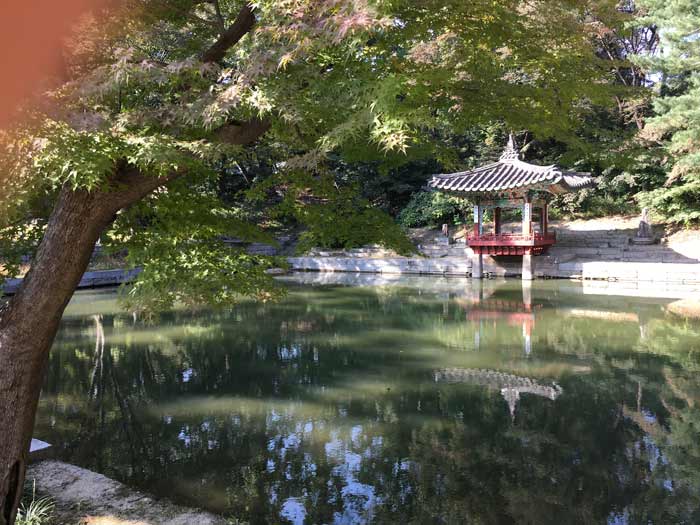 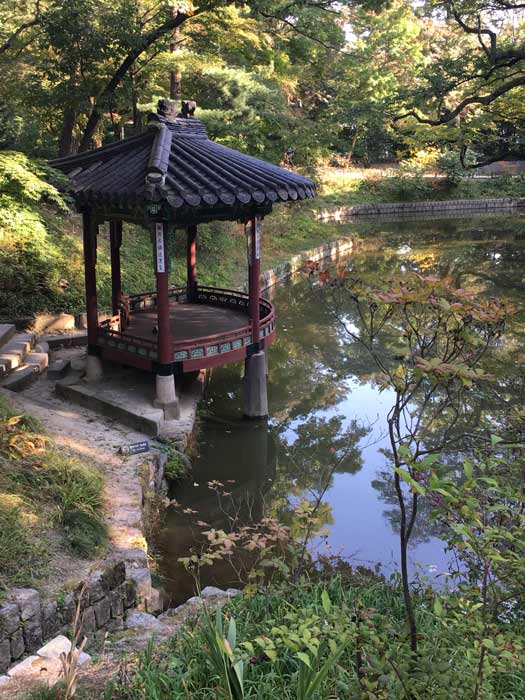 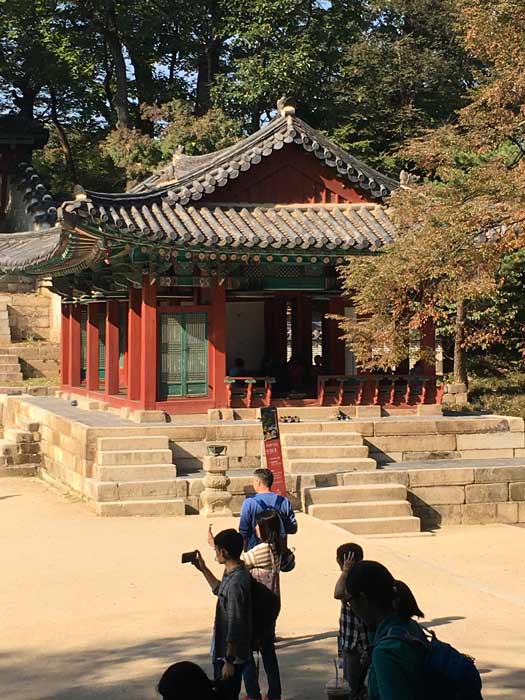 At the Ongnuycheon Stream a large rock named Soyoam rests in a curving U-shaped channel. In 1636 the rock was used to create a waterfall. The king and his officials held parties there during which they composed poems while sending wine cups afloat on the water. Three Chinese characters were inscribed on the rock by King Injo, and a poem carved into the rock by King Sukjong. I think it’s amazing you can still read the poem. That is if you can read Korean. 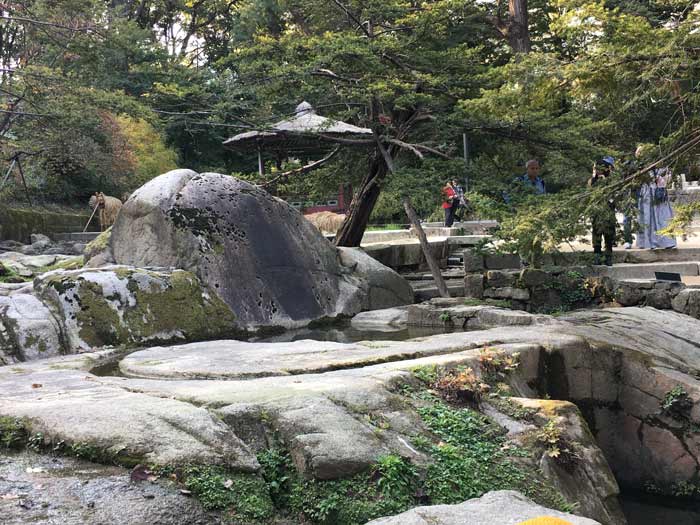 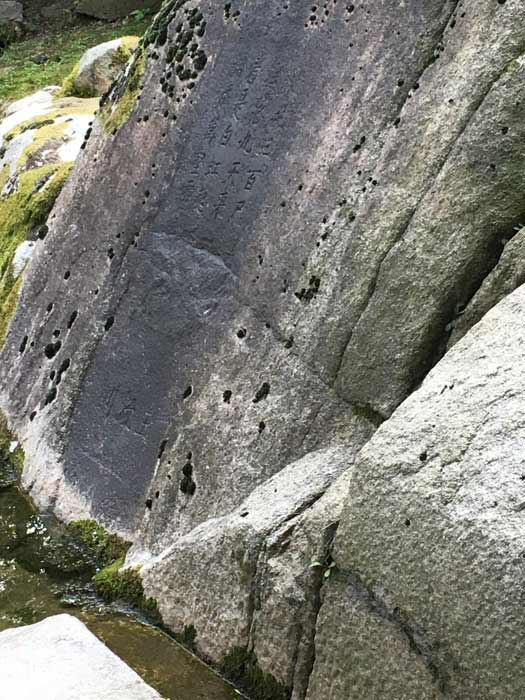 We learned a fun piece of trivia during the Palace and Secret Garden tour. There is a stone pathway whose steps zigzag rather than follow one after another as we would expect. 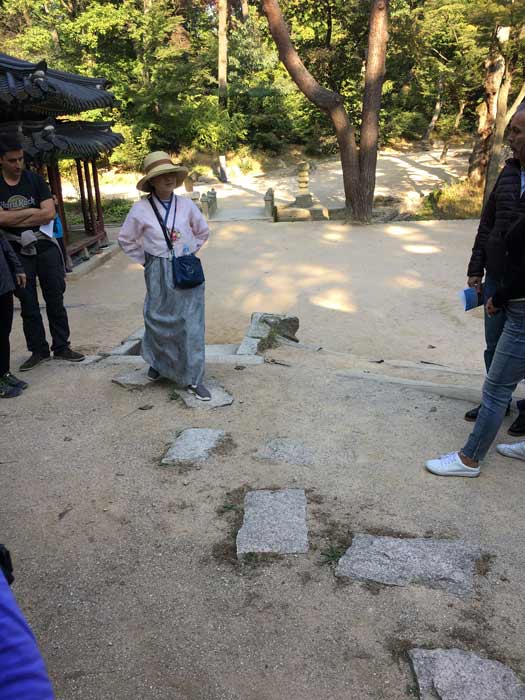 It turns out nobility stepped side to side, as it was considered more regal and distinguished them from the masses. 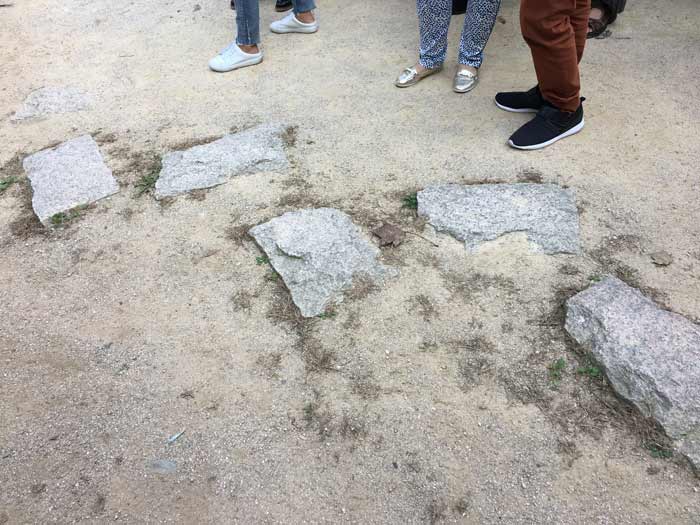 How the Nobles walked