My aunt and dad grew up in the small farming town of Wisner, Nebraska, which is one hour 45 minutes northwest of Omaha. My Aunt Lee, her daughter Jacquee, and I flew to Nebraska a day early so we could drive to Wisner and see the house where my aunt lived until the age of twelve. I was there nearly 20 years ago, but Jacquee had never seen the house or town, and my aunt was last there 73 years ago. We had a challenge finding the house. When Aunt Lee lived there, none of the houses had addresses, and surprisingly, they still don’t nor do any businesses. We surmised, everyone must use post office boxes. However, the streets now have names and numbers, albeit rather limited. I snapped a photo of 8th Street N. and J Avenue E. planted at the corner of my aunt’s former home, so we would never forget. 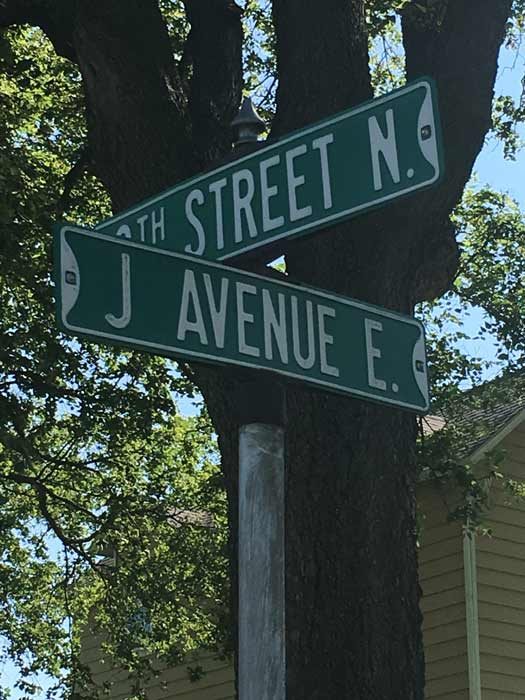 Cross streets of the house where my dad and aunt lived

Here’s a picture of the home, although it’s changed considerably. There used to be a covered porch, and the two additions have been added at some point over the years. The family lived on a farm prior to moving to this house in town. My dad and aunt had never seen a flush toilet before. The two kids spent a lot of time flushing the toilet the first week. There was a drawer in the kitchen that when opened blocked the bathroom door from opening. My father, older than his sister by four years, was quite the jokester. Aunt Lee said her locked her in there frequently then took off. 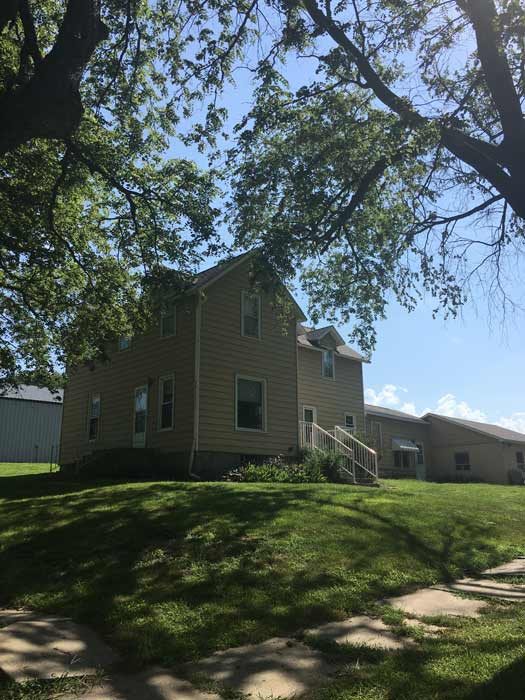 I love these pictures of me and my aunt, because she looks like she’s having such a good time. I’m so glad I went. At the end, I asked her if the trip met her expectations, and she said absolutely. 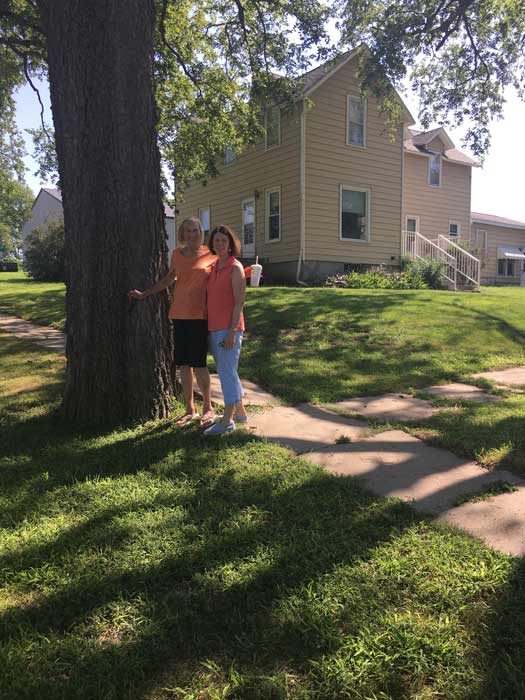 My Aunt Lee, Mary Lee Morgan, and me 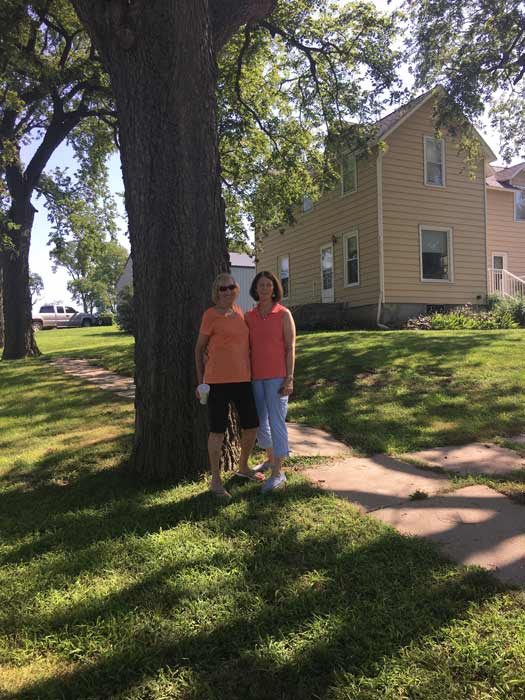