A few years ago, I did a quilt cruise. I had always wanted to do one, to see what it would be like and this one was through the Panama Canal which I and my husband Mike always wanted to experience. We started in Miami, traveled to Cartegena, Columbia; visited three ports in Mexico–Huatulco, Puerta Vallerta, and Cabo San Lucas; went through the Panama Canal; and ended in San Diego. The day going through the Canal proved to be the best part of the trip. I highly recommend it. You will not be disappointed.

There were several teachers to choose from. I did a free-motion quilting class with Frieda Anderson and because I love appliqué and wanted to learn Melinda Bula‘s appliqué technique, I attended two classes with her. When I was a contributing editor with American Quilter magazine, I interviewed Melinda as a Paducah winner and subsequently did an article with her. During the cruise we did two beautiful floral patterns. I finished the quilt top for one called Summer Rose during the class but never quilted it. (The other is a Hibiscus and is much more complicated. It’s on hold). 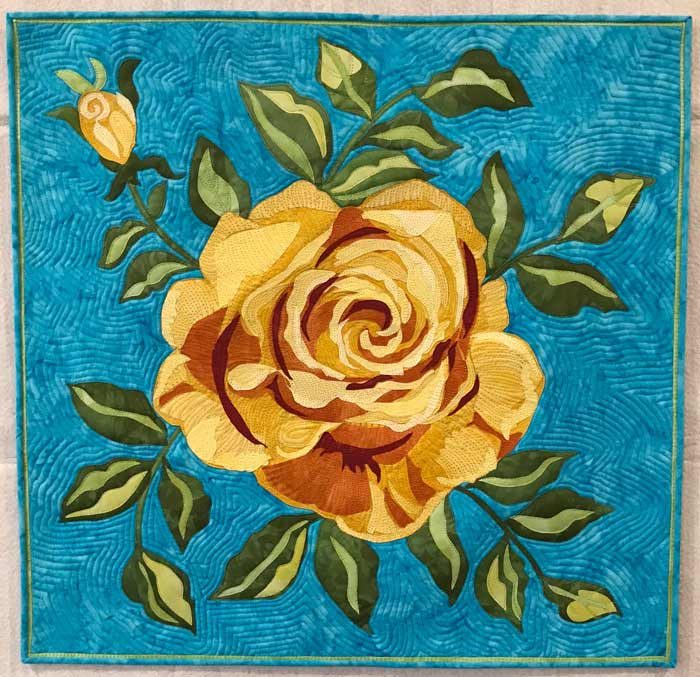 Putting the quilt top together was pleasurable but that’s not how I would describe the quilting process which I just completed. At the time we did the cruise, Steam-a-Seam II was not available because the company was having trouble obtaining the release paper. Melinda had always used this product and had to substitute Lite EZ-Steam II by Pellon. While it was easy enough to work with during the appliqué process, quilting was no fun. Melinda builds up layers to create a realistic image. Quilting through one layer of fabric and EZ-Steam II was not bad, but with two layers or more, my machine needle popped with every stitch. Sometimes the needle would pull up the fabric when there were several layers, making it impossible, at least for me, to stitch with a consistent stitch length. I soon reached the point where done was good enough. 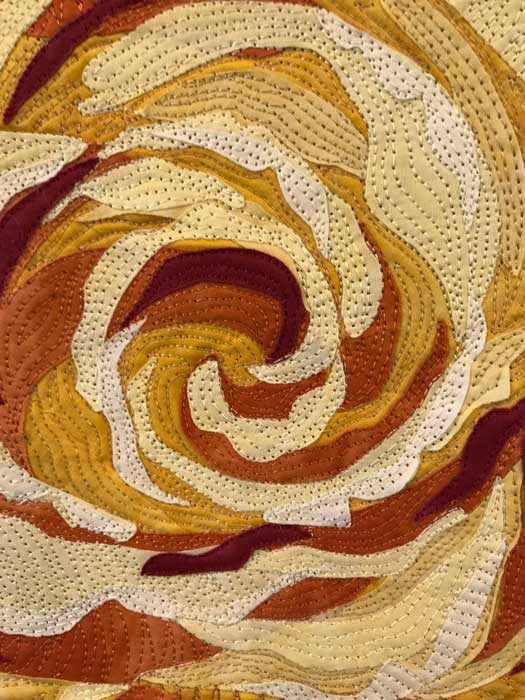 I’m not crazy about how all of the stitch holes show. They don’t close up with so many layers of fusible and fabric. But as they say, if it looks good riding by on a galloping horse, it’s good enough! 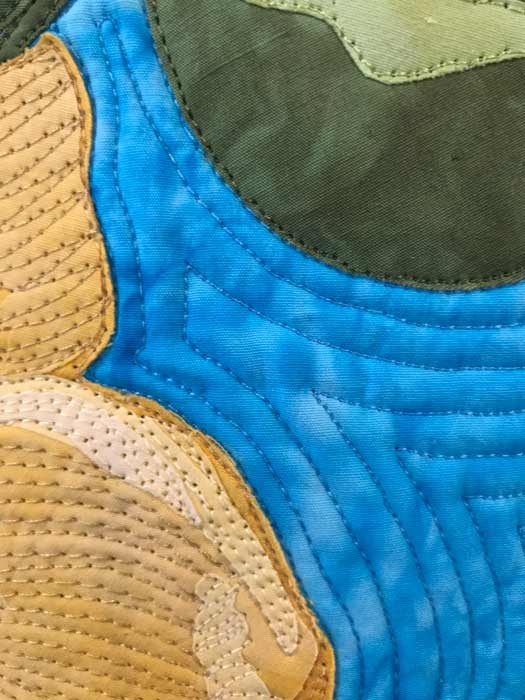 Happily Steam-a-Seam II has been back on the market for some time and is the product I have always happily used. While Lite EZ-Steam II works well enough for a single layer, I don’t recommend it for more than that. It’s plastic nature makes it difficult to needle. And speaking of needles, I broke a machine needle shortly after starting quilting. Then when I tied off my quilting threads by knotting and pulling them through, I broke two spiral eye needles, which are not inexpensive, and two self-threading needles. I’m relieved to say I still have quite a ways to go on the appliqué for the hibiscus because it is so much larger, so I’ll use another fusible such as Misty Fuse or Steam-a-Seam II to finish, which should make the quilting much easier.