Writer-director Michel Ocelot spent his childhood in the African nation of Guinea, where he became enamored of tales in neighboring Senegal. He drew on a collection of folk tales from West Africa and wrote Kirikou et la Sorcière, an award-winning animated feature film. In the film, Kirikou, a newborn who comes into the world already talking and walking, saves his village from an evil witch, Karaba, who has cast a spell rendering the village’s spring dry.

Karan Brooks depicts the two main characters–Kirikou and Karaba–in her piece for the International Fairy Tale Challenge. The quilt sizzles with intensity through color choice, difference in scale of the characters, and their expressions. 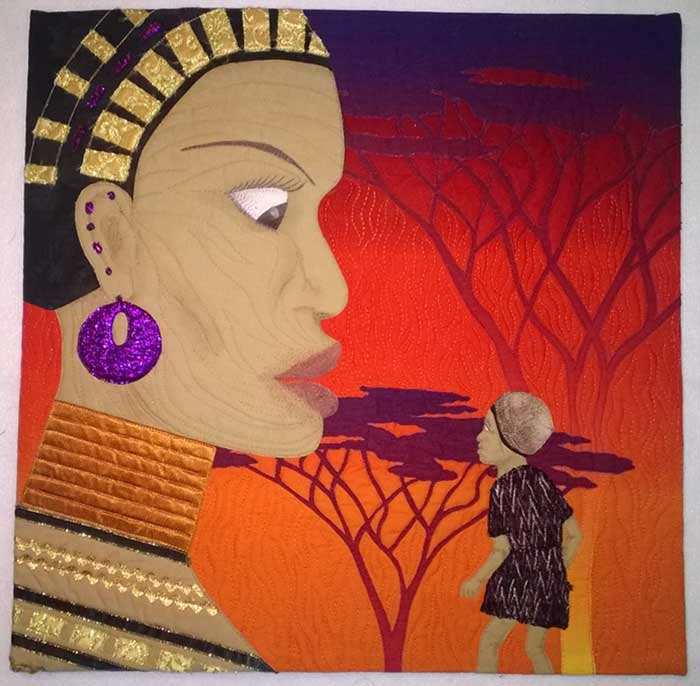 Kirikou and the Sorceress by Karan Brooks