On Thursday I judged at the Umpqua Valley Quilters’ Guild Show in Roseburg, OR. Best of Show was “Galactic Supernova,” an original design by maker and quilter Corrine Woodward. Corrine is a well-known longarm quilter for others in her area. As an upholsterer by trade, she is talented with fibers and stitching in more than one way.  I appreciated Corrine’s judicious use of crystals concentrated in the quilt center and around the stars points, as well as the textural effects achieved through quilting. 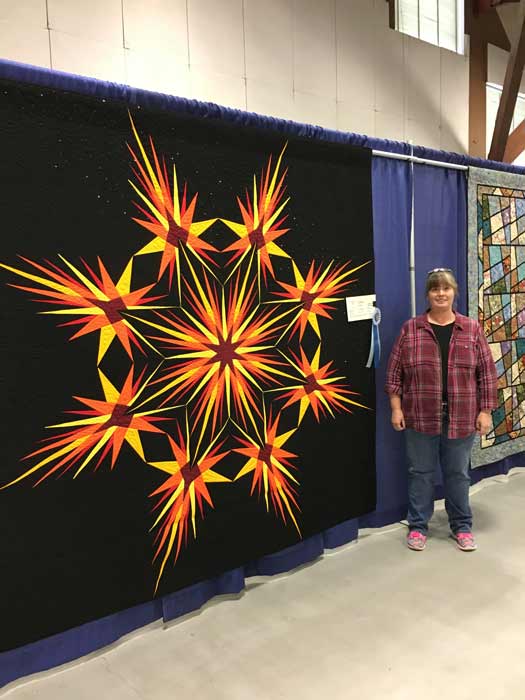 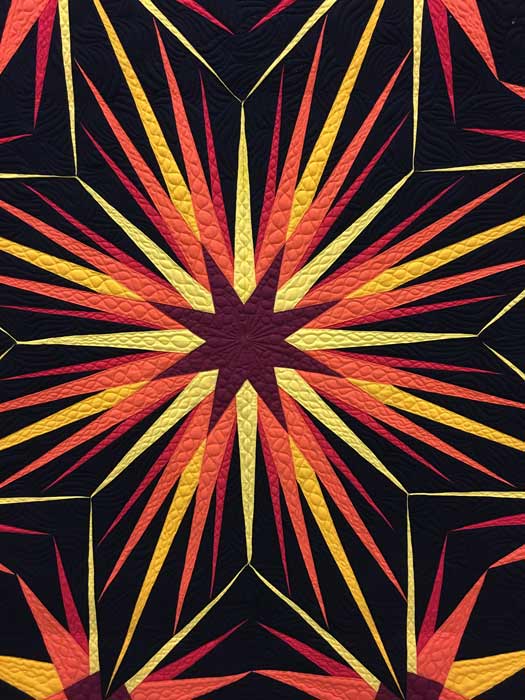 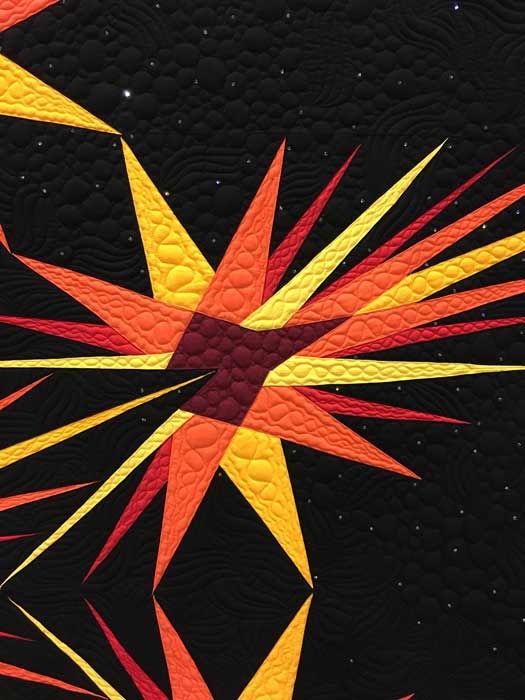