This was my second fiber tour with Kathy Brassill of Handcrafted Holidays. My first trip was three years ago in Scotland and England. I highly recommend Kathy’s trips. She specializes in the UK and Ireland and does but one trip a year as she is employed in three other jobs. Her trips have sold out the last two years with only eight participants maximum.

Day one of our first seventeen days started out rather inauspiciously at Brú Na Bóinne, a world heritage site. Our organizer, Kathy Brassill, had tried to book reservations, but our group of eight wasn’t large enough. We took our chances of touring the site but were going to have to wait two or more hours which would have put us off schedule for the rest of the day. This site is one of the world’s most important prehistoric landscapes. It is dominated by three well-known large passage tombs, Knowth, Newgrange and Dowth, built some 5,000 years ago in the Neolithic or Late Stone Age. An additional ninety monuments are located in the area. The main function of the tombs were as places of burial for the population, centers of religious ceremonies, territorial markers, and monuments meant to last forever. About 2,000 large stones were used to build all of the tombs, with much smaller stones used for decoration and ritual. Stones up to two tons were thought to have been lifted by men with rope slings over shoulder posts while heavier stones would have to have been dragged on sledges over wooden rollers and pulled with plaited leather or fiber ropes. The best we could do was watch a film and look longingly at the site so far away I couldn’t take a decent photo of the mounds.

Our next stop was the Nicholas Mosse Pottery established in 1975 in an eighteenth century mill owned by the family. The pottery is Irish clay, handmade in traditional Irish designs. As we traveled during the trip I saw this pottery sold throughout the country. 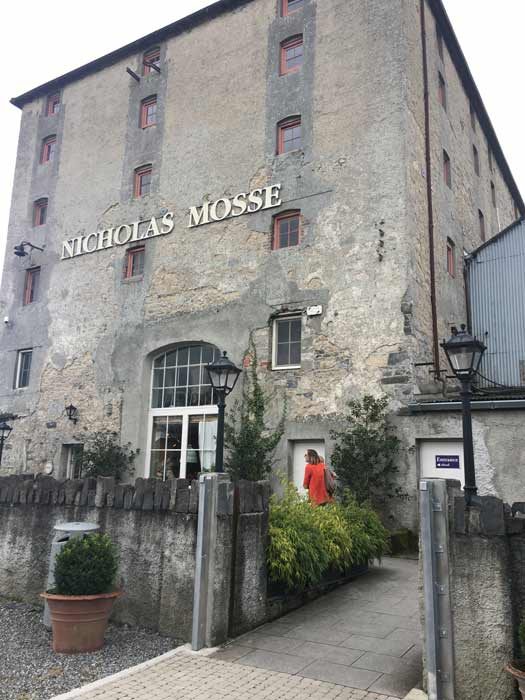 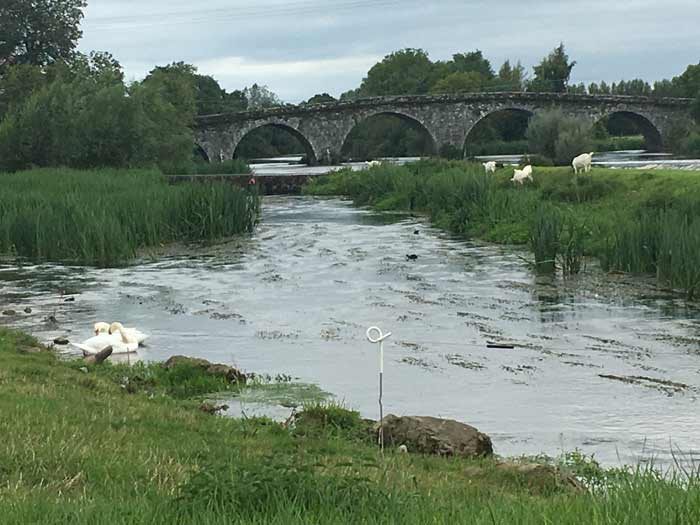 River the mill was built upon 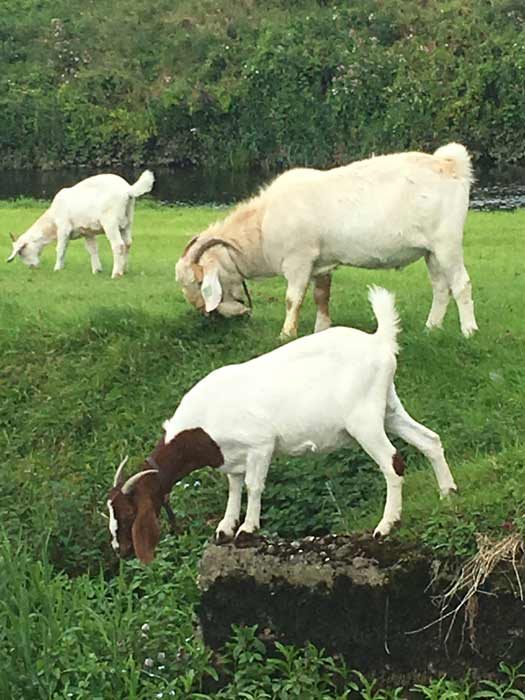 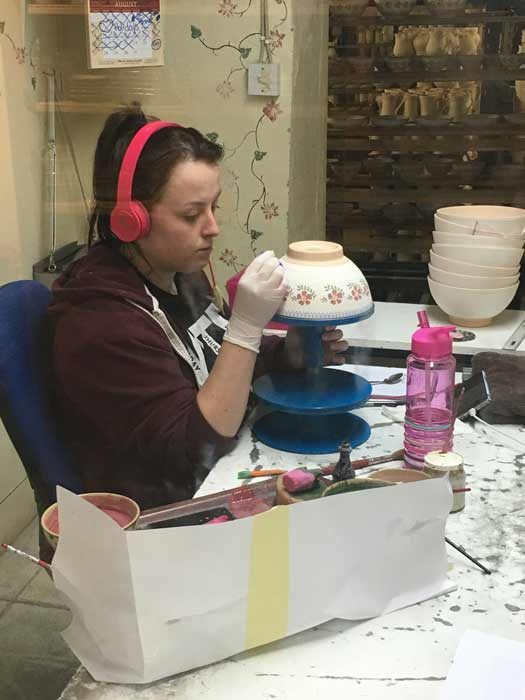 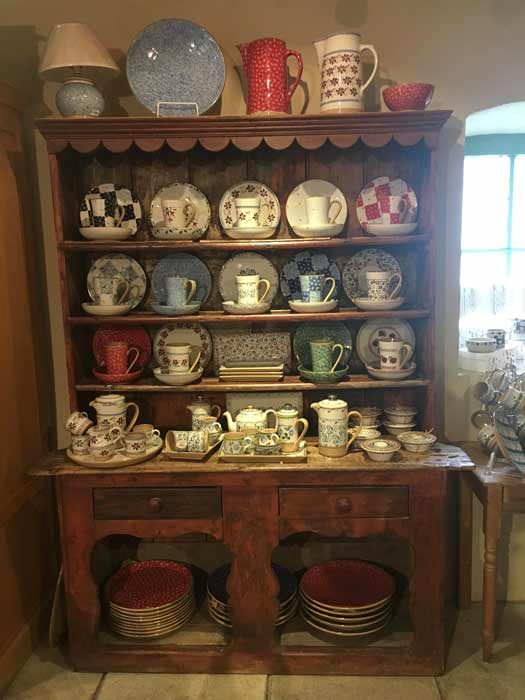 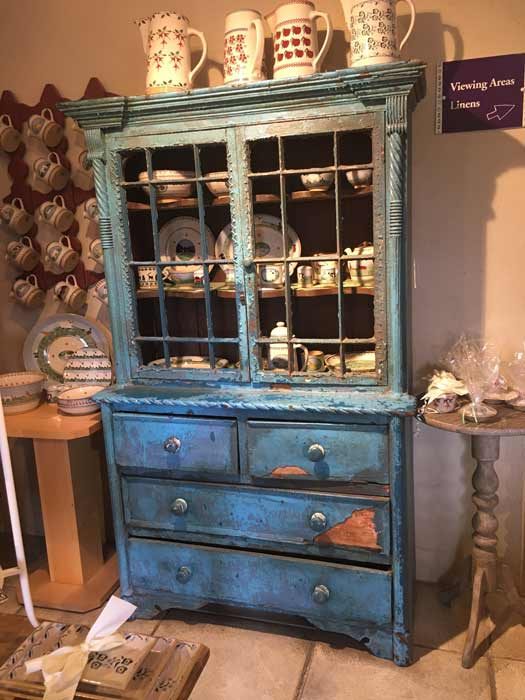 Kathy likes to pack a lot into the day. Our final stop was at Suznne Crampton’s sheep farm. Fascinating woman. She is a photography professor, models with her Welsh pony for drawing and painting, sails, and raises a rare Dutch breed of sheep called Zwartbles. The first thing Suzanne did was move the sheep from one pasture to another. 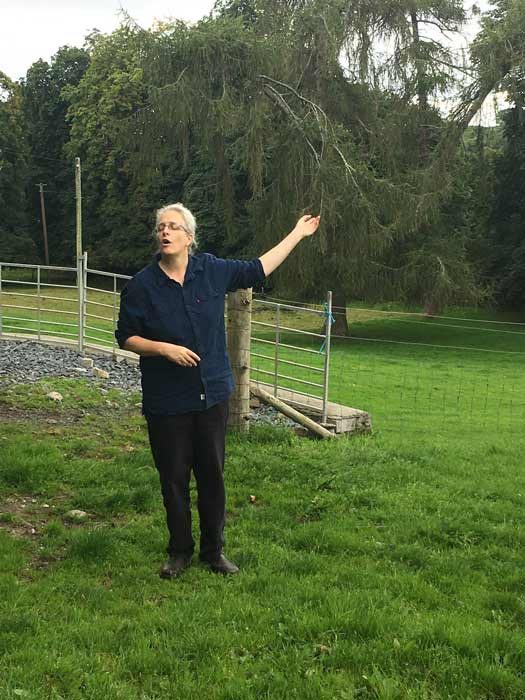 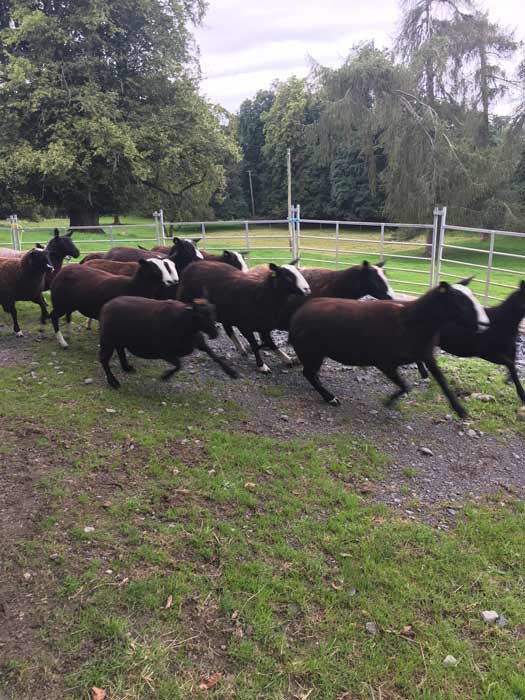 Sheep racing from one pasture to another

Suzanne showing us the Zwartbles’ traits 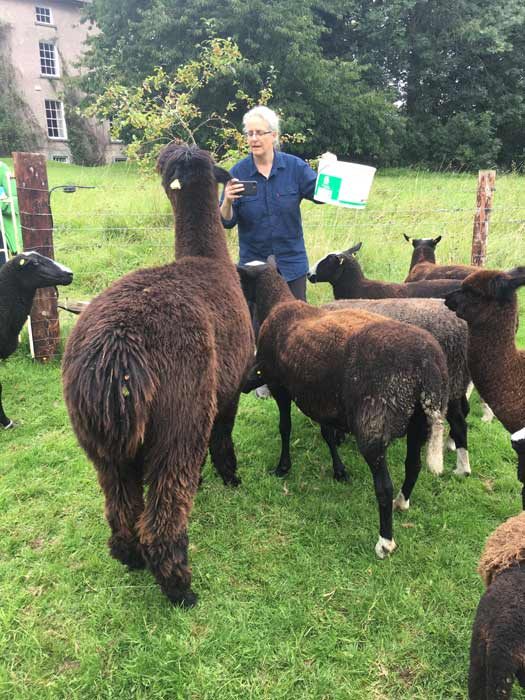 Suzanne feeding the sheep and llamas some treats

Notice there are llamas along with the sheep. The llamas guard the sheep from predators, including foxes and packs of dogs. We had the opportunity to get into the pasture with the sheep and llamas and feed them, as well. I love animals and took her up on it as did three others in our group. Not sure what the other four were afraid of. 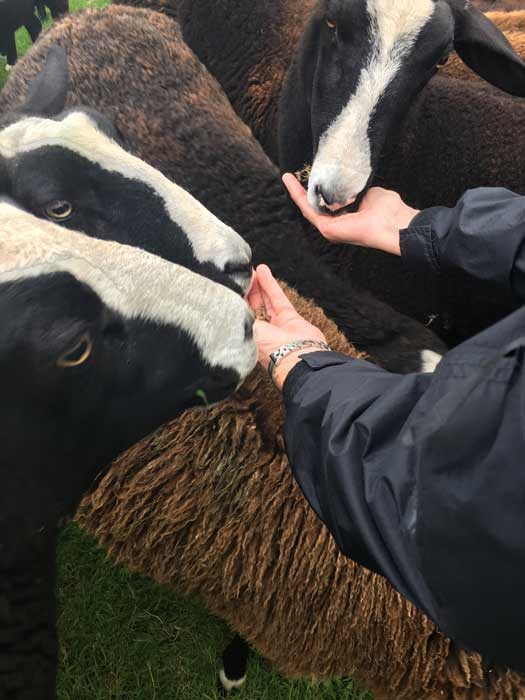 I tried to hand feed the baby llama, but she just wouldn’t cooperate, getting only so close before bolting. The treats weren’t tempting enough. 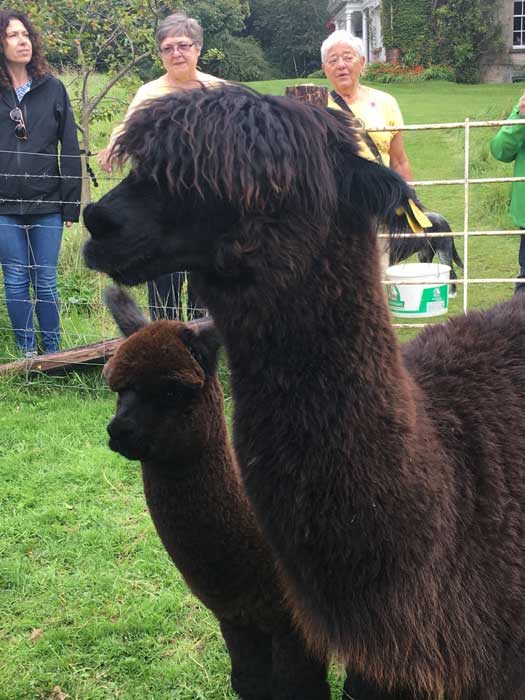 It seems every residence we visited had outbuildings with a variety of uses. Suzanne’s is a spinning studio. 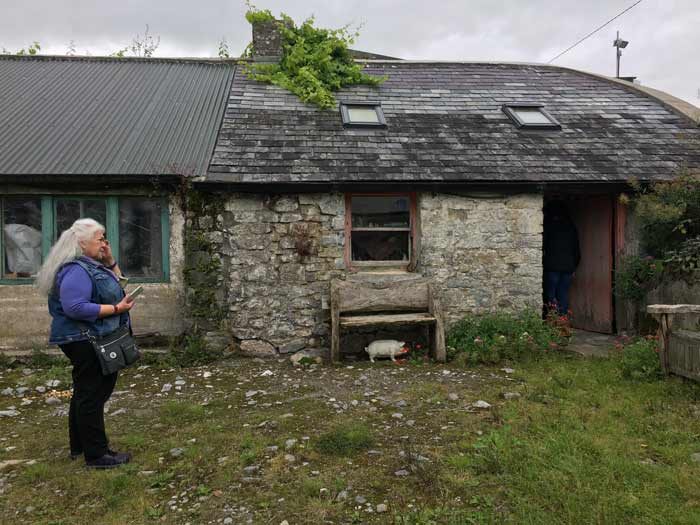 Kathy Brassill walking over to studio

Every farm and studio needs a cat 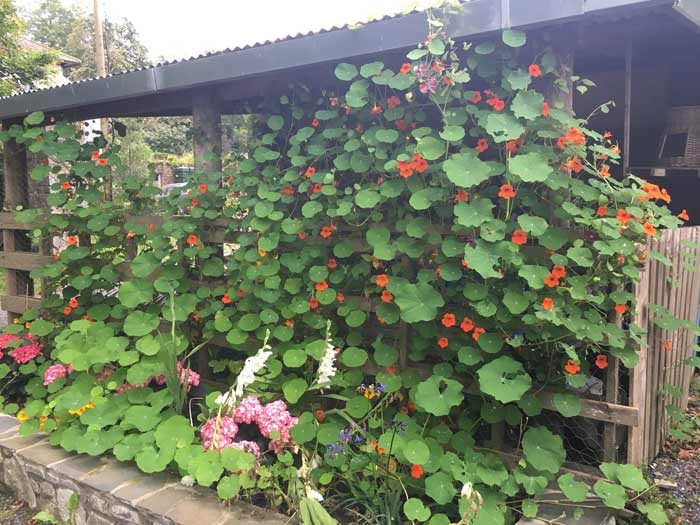 Gorgeous nasturtium bed outside of studio 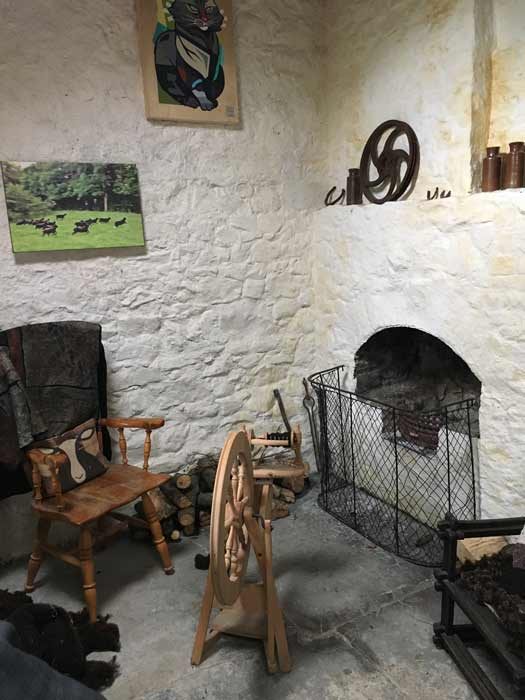 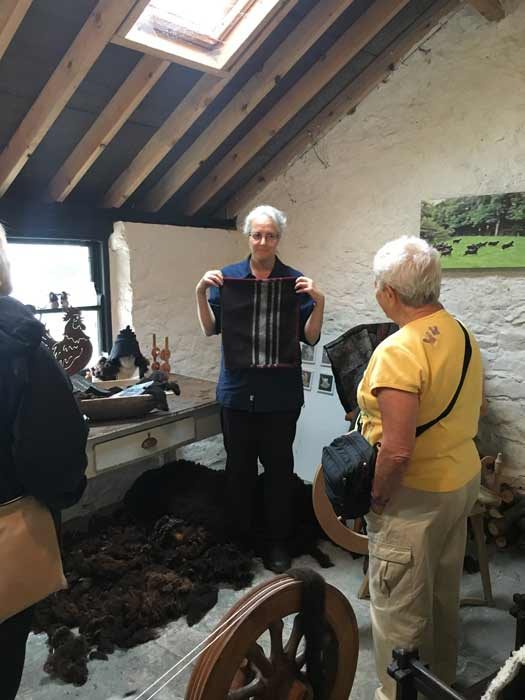 Suzanne sharing work made from her spun wool. Notice the sheered fleece piled at her feet. 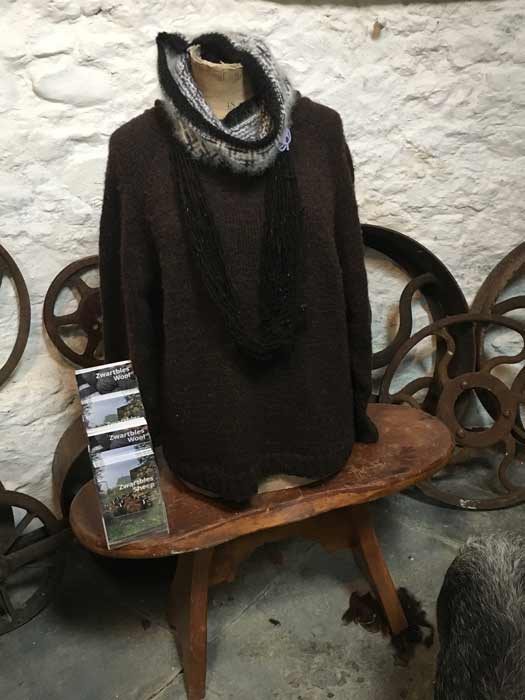 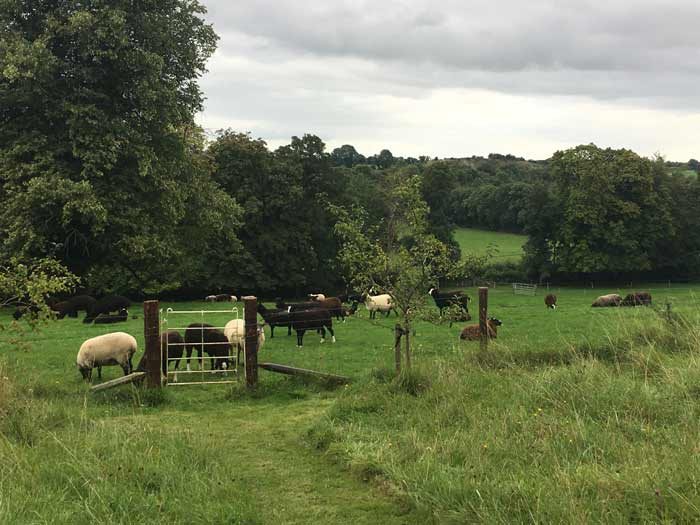 Sheep and llamas grazing as we left