Our goal for the morning was Louis Mulcahey Pottery and Cafe which you get to via the Slea Head Drive on the Dingle Peninsula. Oh my, and what a drive it is. We stopped a number of times to take in the views. The cliché that photos don’t do the view justice is so true. 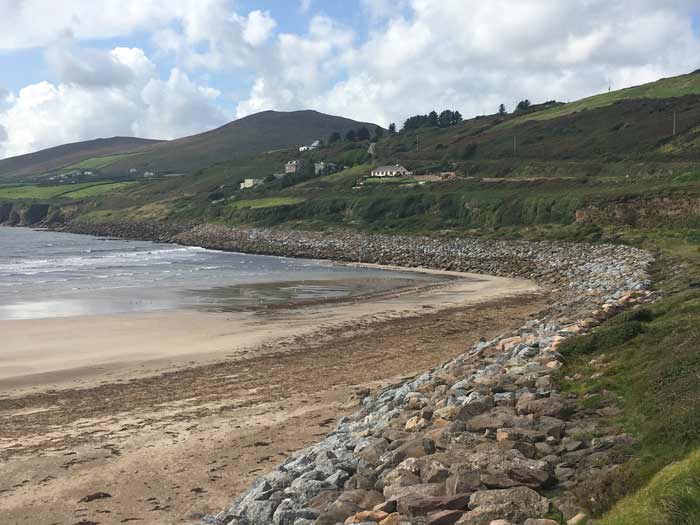 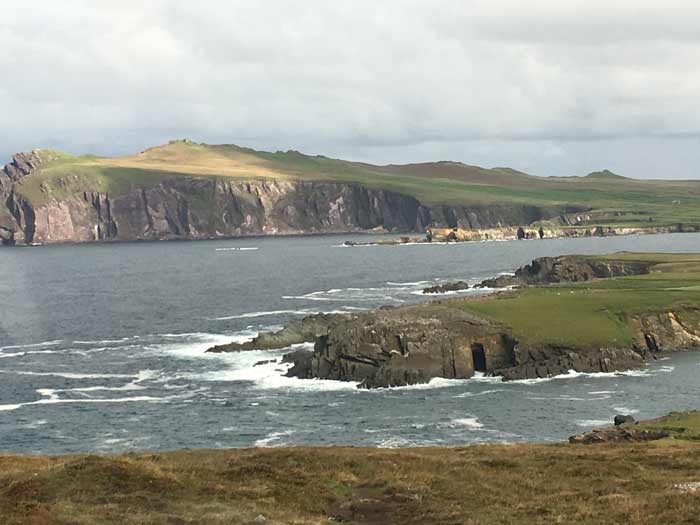 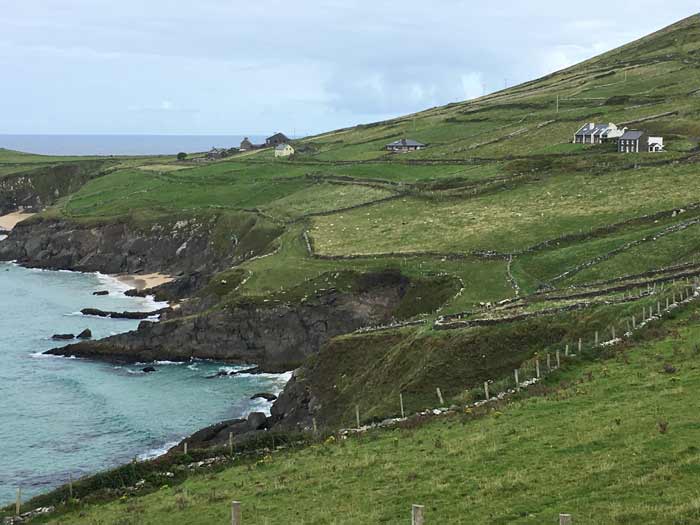 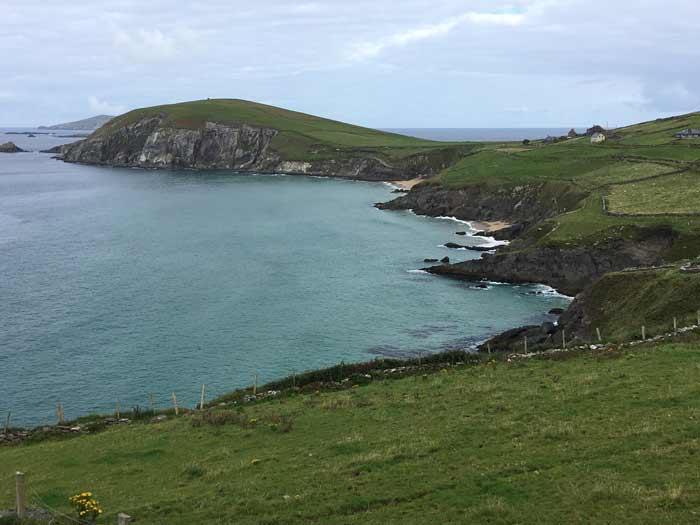 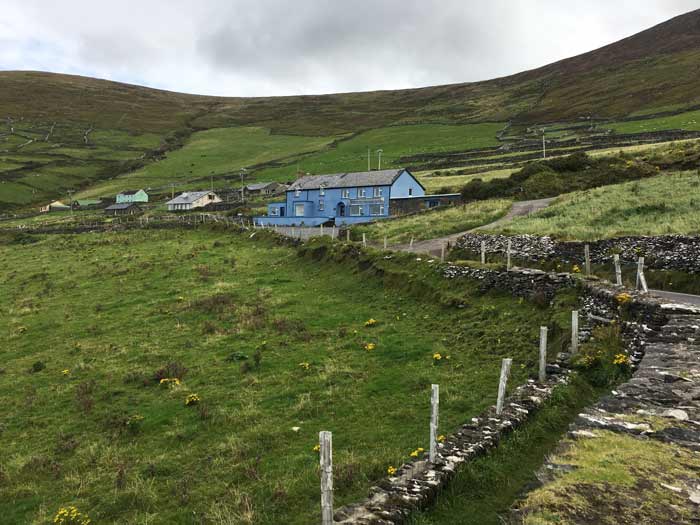 Hills above the Slea Head Drive

I was amazed to see surfing. 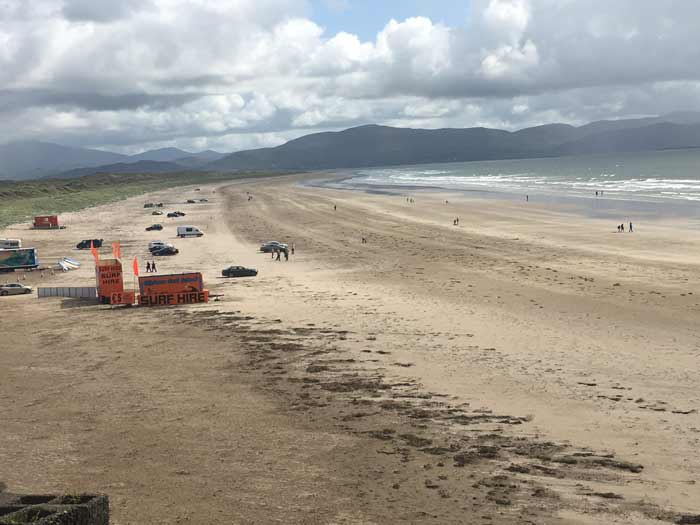 Surfing on the beach

You know you’ve arrived at Louis Mulcahey Pottery when you see the wonderful pottery installed out front. 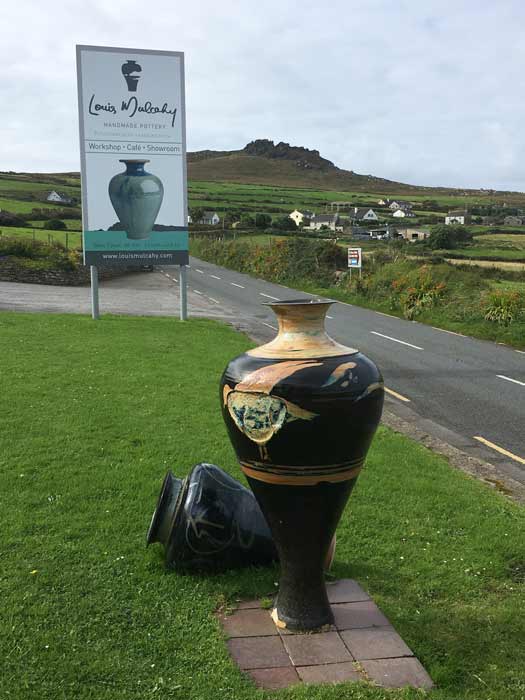 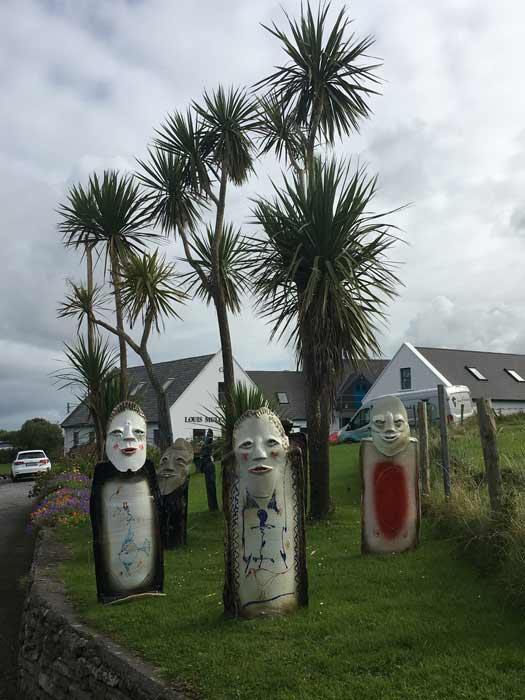 These figures are done by Louis Mulcahey himself

While pottery is not my focus, I was very impressed with the terrific tour given by one of the employees. She spoke of Louis highly. He is 76 years old, cycles daily around the area, and sings opera. At 40 years old he became fascinated by pottery and is self-taught. He established the pottery at this location so he could live in such a beautiful, inspiring area. He also learned Gaelic and conducts his business in the language as a way to support the culture in this lightly settled part of the country. His wife, Lisbeth Mulcahey is a renowned weaver who owns The Weavers’ Shop in Dingle where we were staying.

Louis Mulcahey Pottery makes pottery in molds and thrown on a wheel. 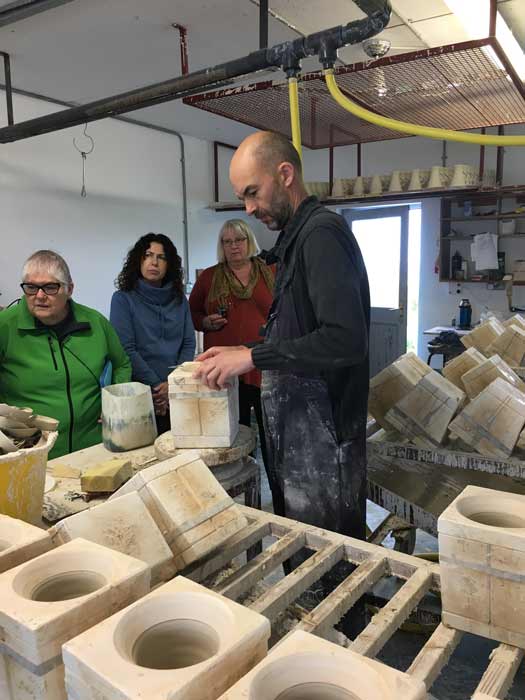 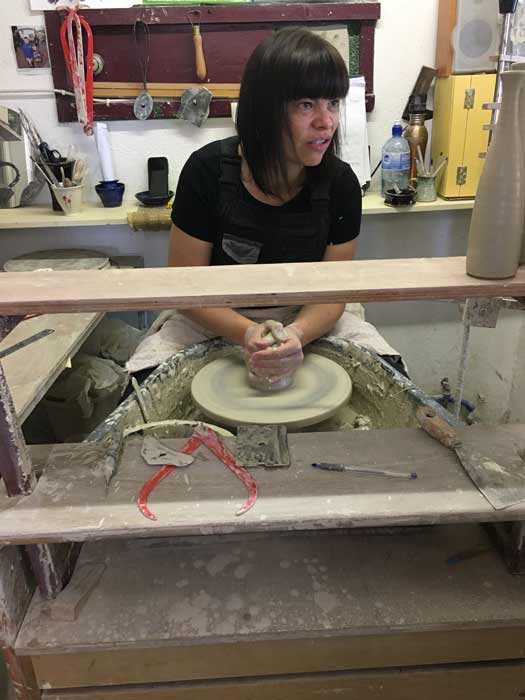 Pottery may be dipped or sprayed. 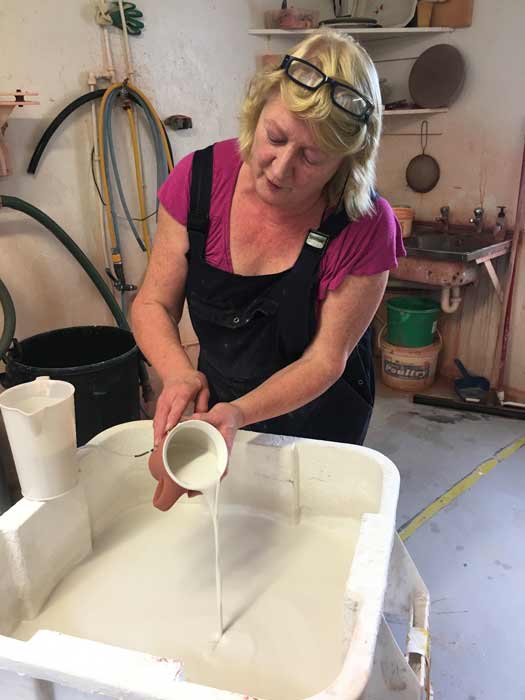 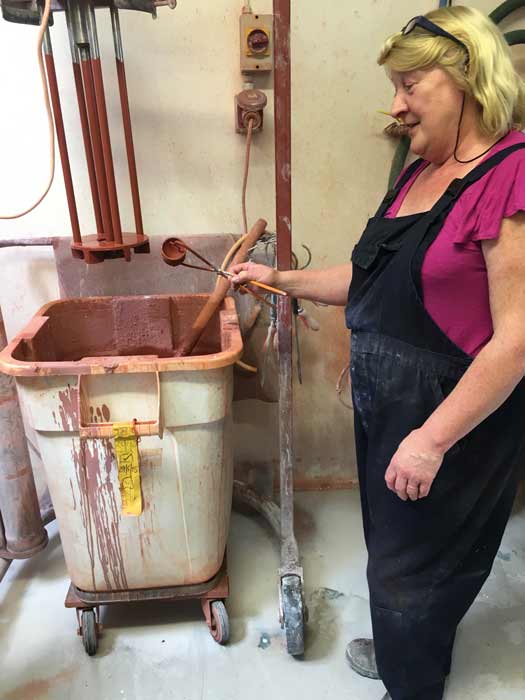 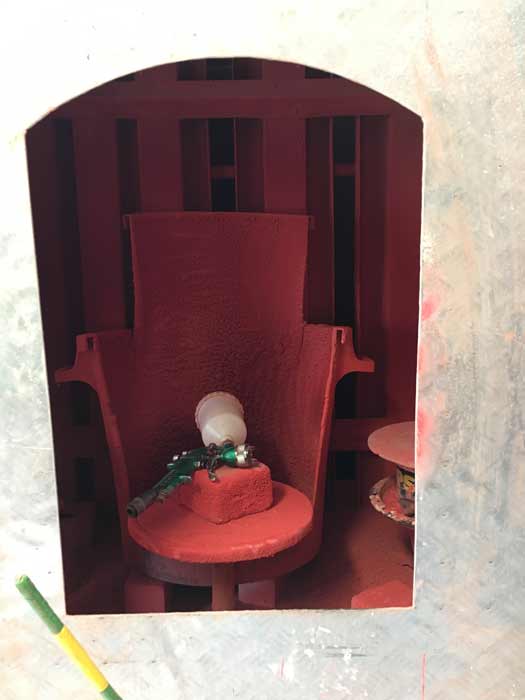 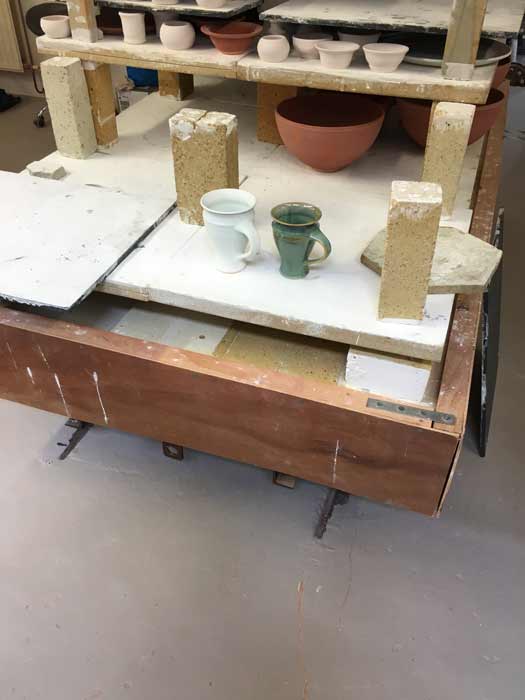 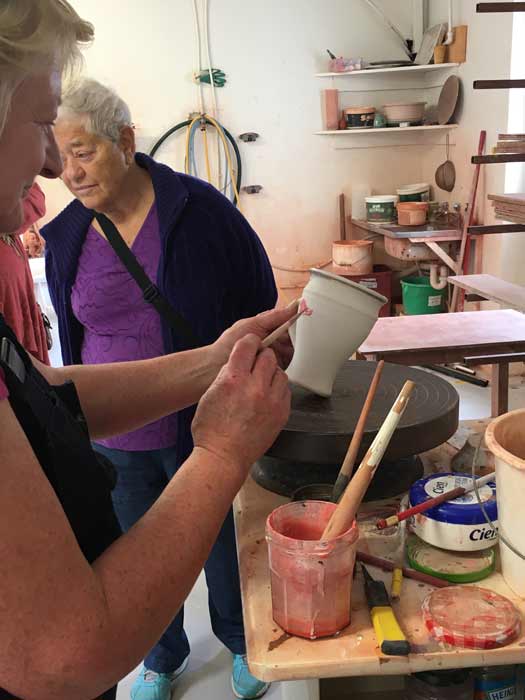 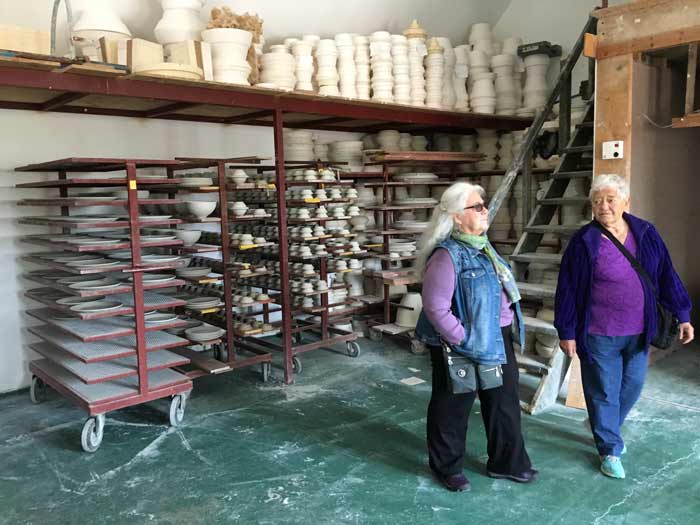 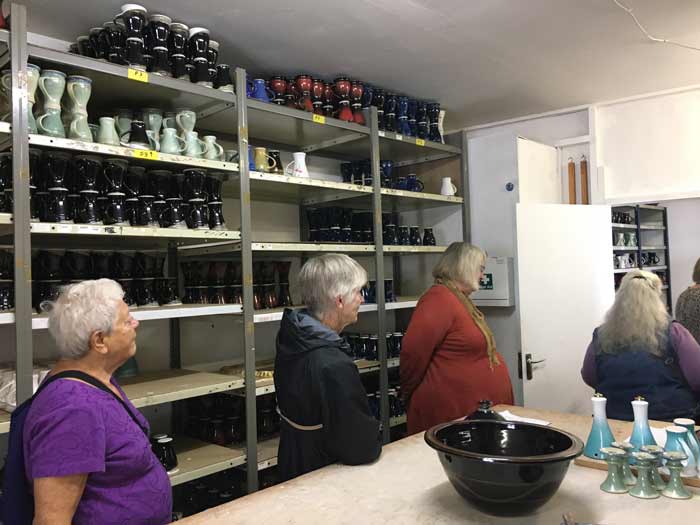 After dinner that evening I walked around Dingle taking some photos of the fishing boats in the harbor. 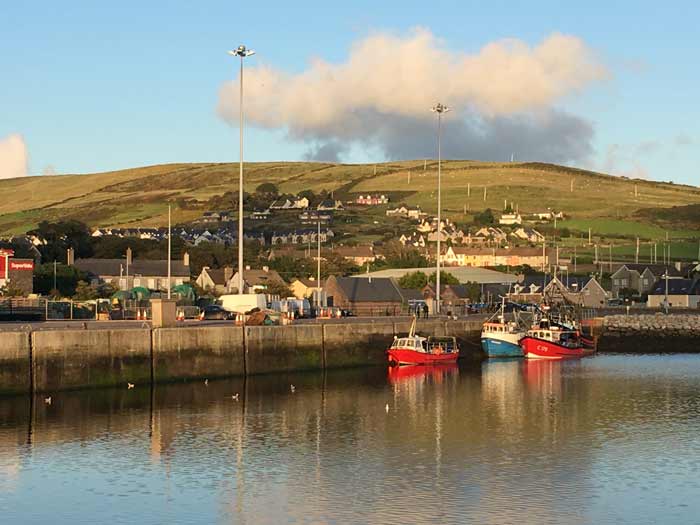 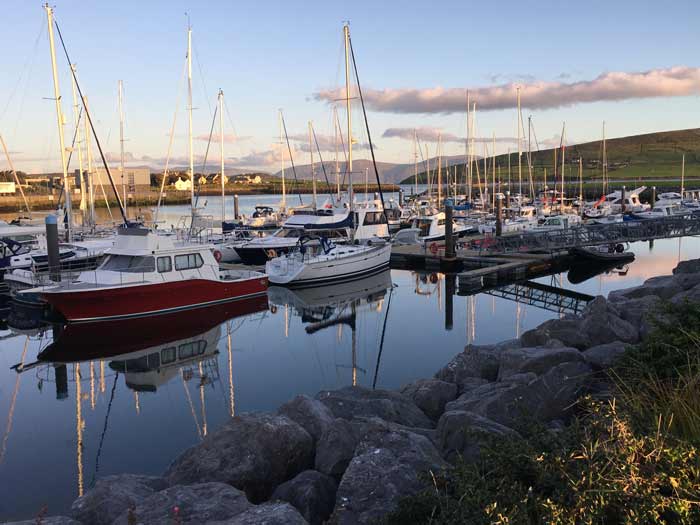