Sunday, September 3rd was one of my favorite days. First we visited The Quay Gallery owned by Suzie Sullivan, Susan Basler, and Victoria Foutz in Westport. 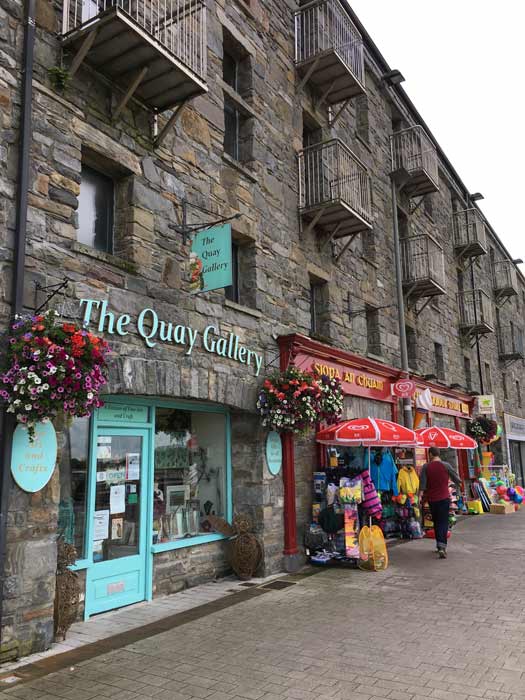 Two of the co-owners below. 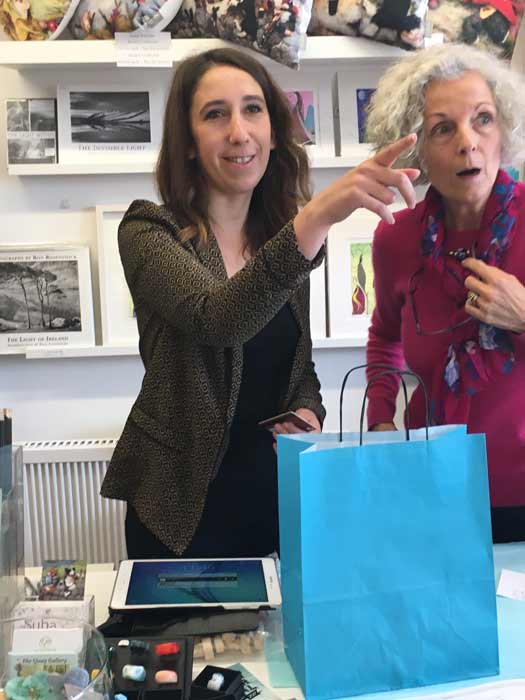 Suzie Sullivan, felt artist extraordinaire, gave a needle-felting demonstration. She does framed felted work as well as three-dimensional, with her work inspired by Irish tales and books, such as The Wind in the Willows. Her other talents include jewelry and glass bead making. 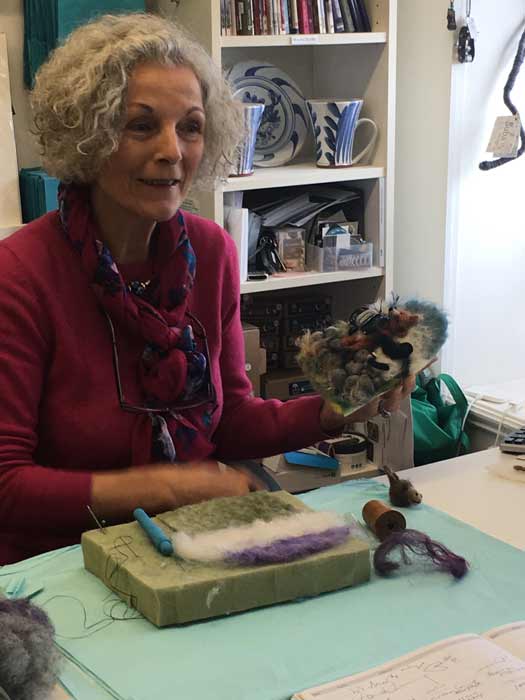 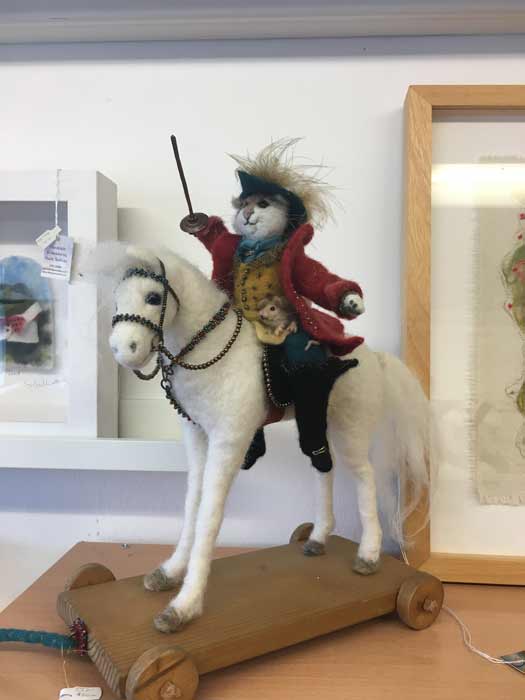 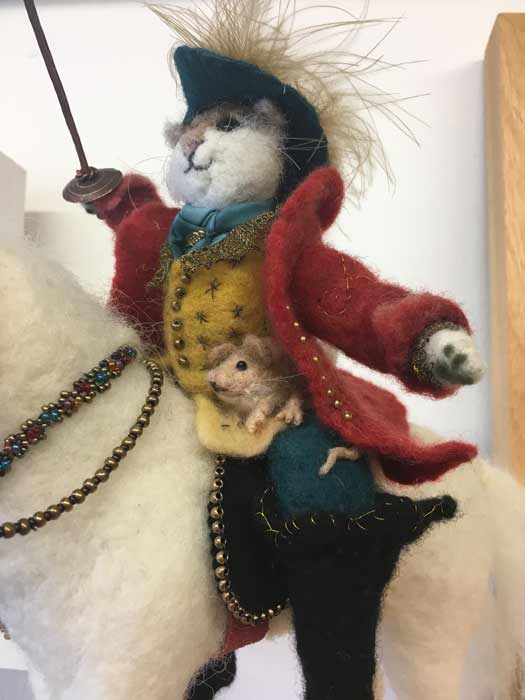 Detail of mouse tucked away 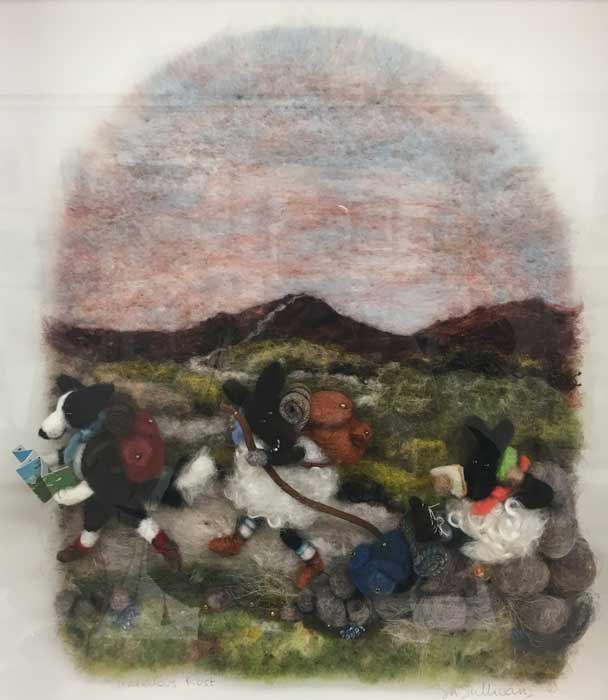 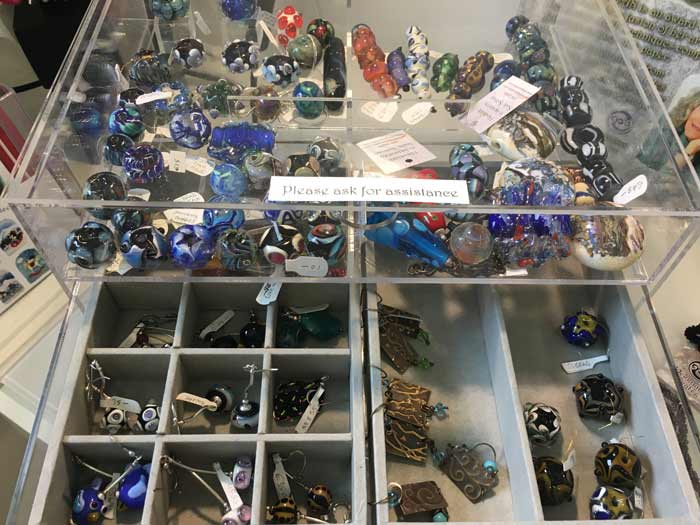 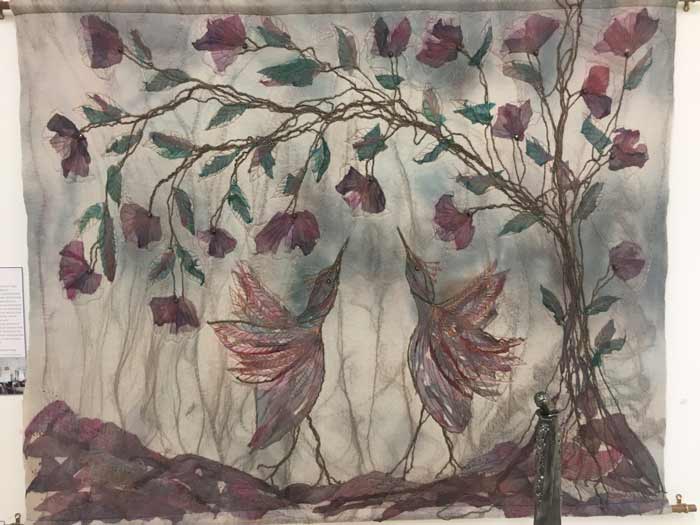 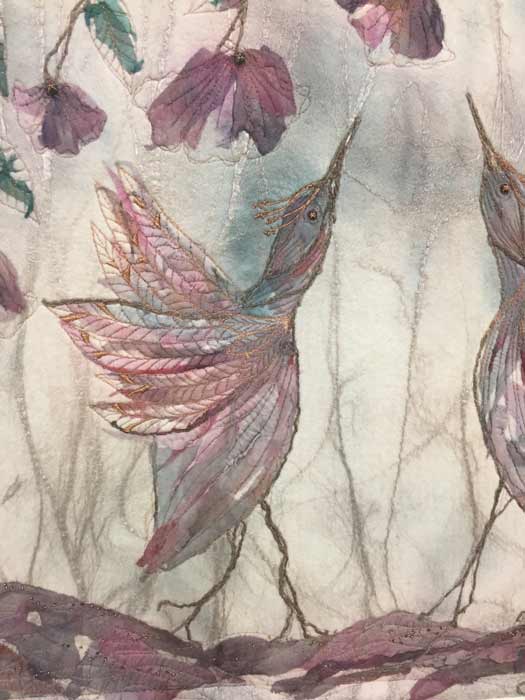 The third owner, whom we did not meet is jeweler Victoria Foutz. 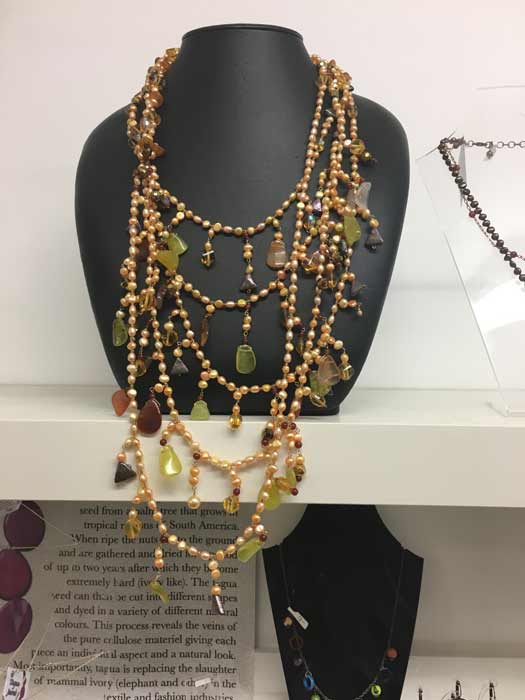 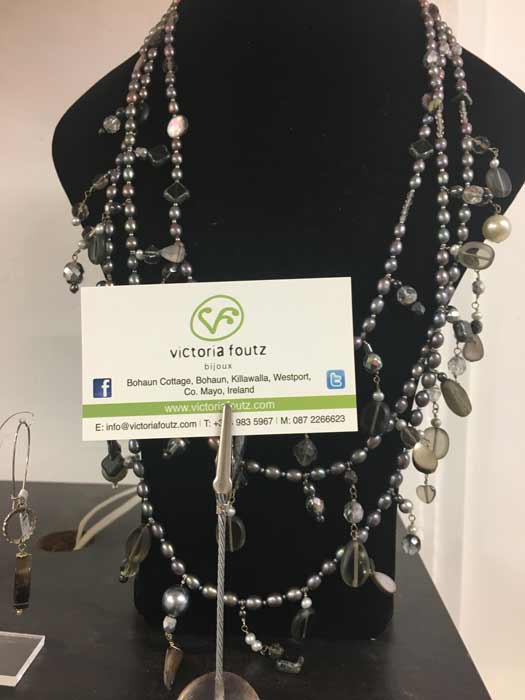 The gallery represents other artists and other types of art. I was very much struck by the high quality of the work. I could have bought many pieces if I had had the money and space in my luggage!

The piece below was one of my favorites. I took images from three angles so you can see the texture, detail, and amazing complexity. 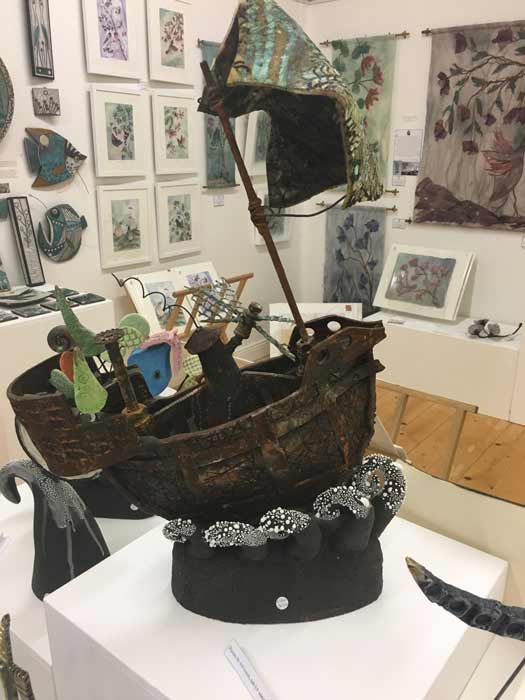 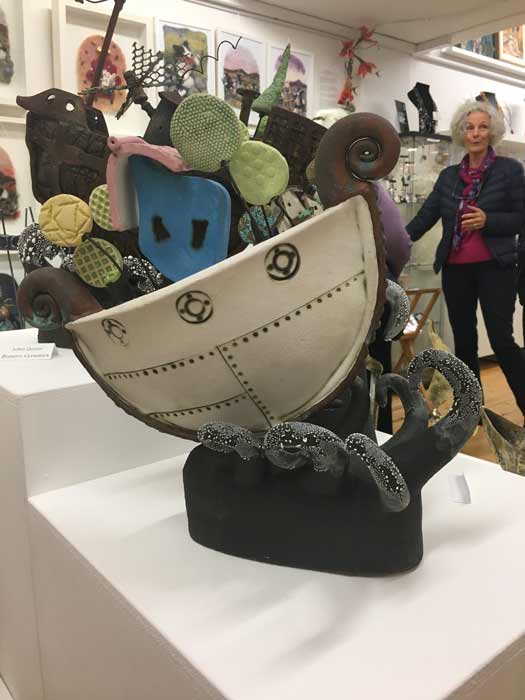 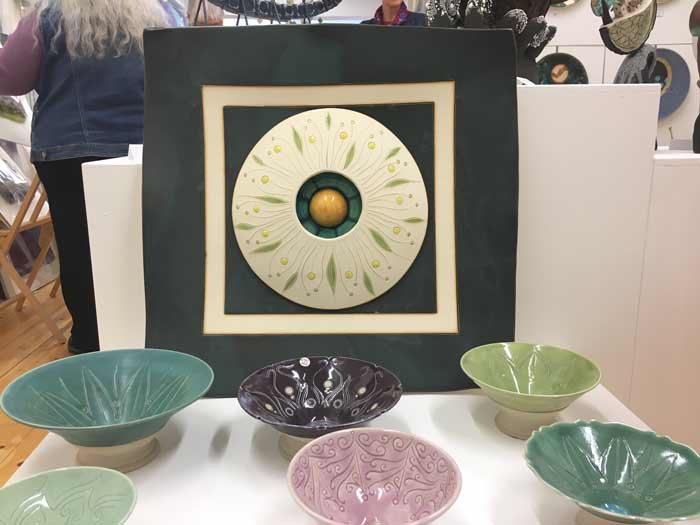 I was also “in love” with the work of this artist who creates with ephemeral materials, such as dried leaves and seeds. 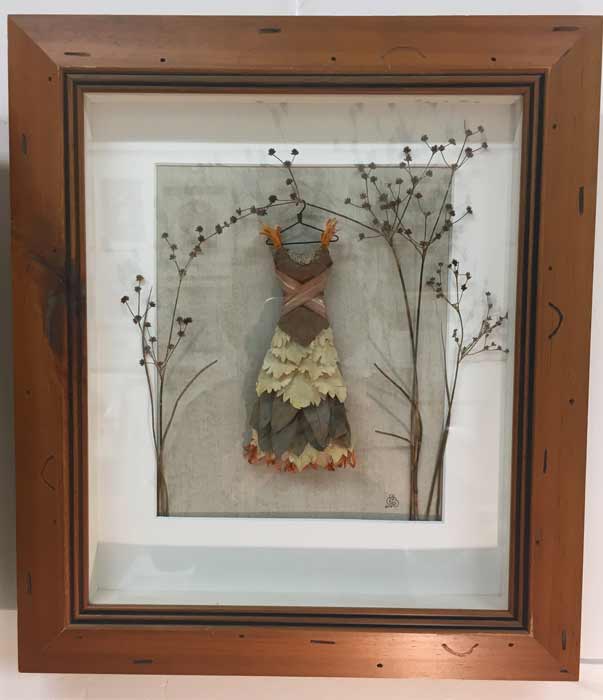 The afternoon was spent at the Museum of Country Life at the National Museum of Ireland located in Turlough Park. 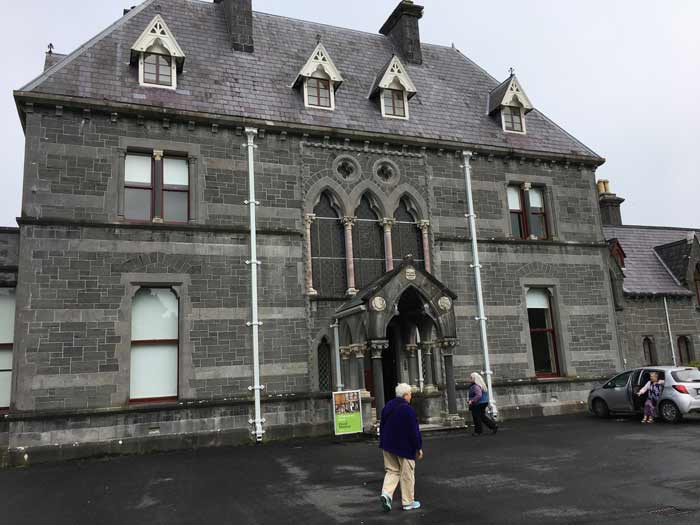 The museum celebrates traditional skills and crafts of daily living, including basketry, clothing, and hand-powered machinery. I asked a museum employee about Ireland’s independence and learned a part of history I had never understood. I wondered why Northern Ireland was not a part of the Republic of Ireland. He explained Winston Churchill had refused to let the northern part of the country go, because England’s shipbuilding industry took place there. England built ships not only for herself but other countries, a lucrative income. My museum contact held Eamon de Valera who negotiated for Irish independence in disdain. because he did not stand up to Churchill and gave in. The Irish I spoke with during the trip were concerned about Brexit, because they have freely traveled back and forth to Northern Ireland. The fear is that once the UK leaves the European Union, things will be back to what they were before, making exchanges with Northern Ireland difficult.