I’m thrilled to say I’ve been asked to judge and teach next April for the Kuwait Textile Arts Association in, where else, Kuwait. They asked if I were able to judge other types of needlework beyond quilting. I said, of course, and listed all of the techniques we studied when I did my London City and Guilds coursework. I excluded knitting, because although I know the basics, I have no expertise, and we did not cover it in City and Guilds. Much to my surprise, in addition to two machine stitching techniques, they asked me to teach blackwork and Hardanger. I’ve been refreshing myself on the techniques and coming up with designs for each class. I only have a half day (three hours) for each, which is not a lot!

First I considered a 3 1/2″ square featuring three stitches for the blackwork. When after I surpassed three hours, and I knew what I was doing, I knew this idea was not going to work. I also tried two types of edge finishes. 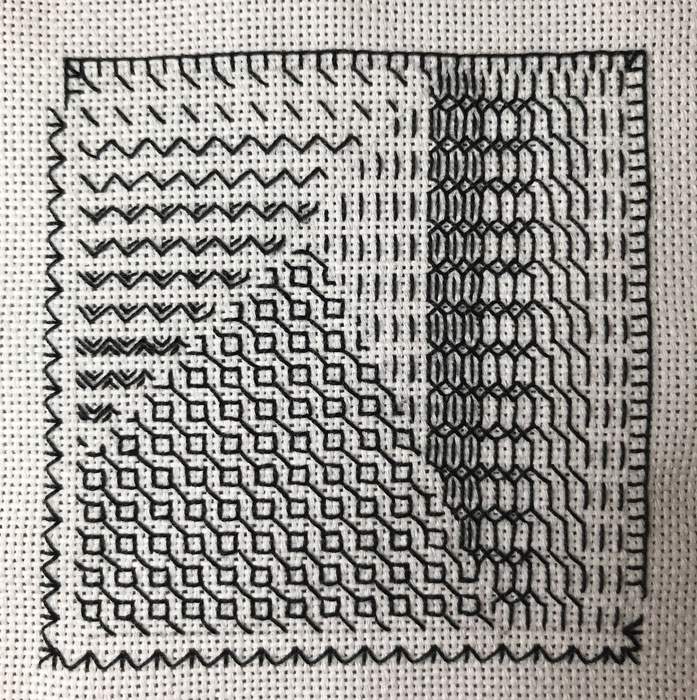 So after more consideration, I’ve decided to do a sampler. I think that as quilters are used to creating sampler quilts, this idea will make sense and allow the students to complete a variety of stitches they can further explore. I suspect we will not get through all of these stitches, but the students will receive a chart they can follow later on. Blackwork is pattern building. Each section shows how the stitches build upon one another. For example, in the top left-hand corner, you stitch a single diagonal stitch from right to left. Then working back from left to right, you add another diagonal stitch in the opposite direction, creating v’s. 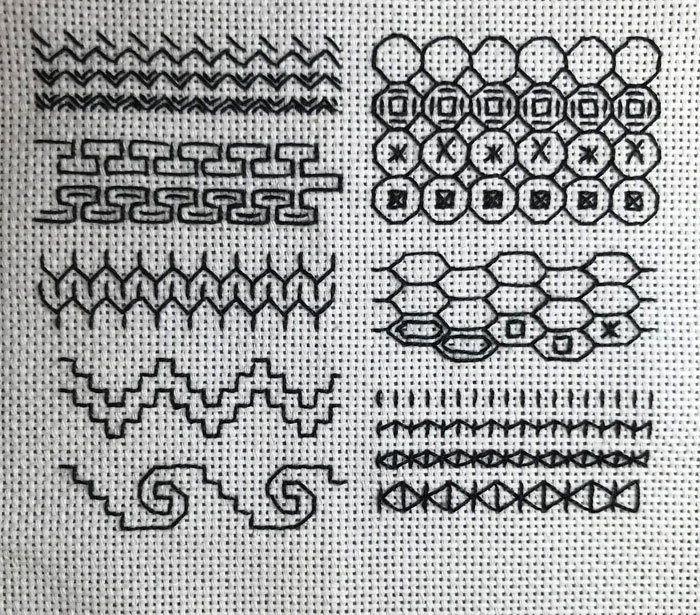 While traditional blackwork is black thread on white fabric, traditional Hardanger is white on white. I’ve been looking at the motifs created from Kloster blocks and tulip or ship motifs. A member of my hand stitchery group suggested a bookmark for my blackwork project. But I decided it would be a great idea for the Hardanger. I spent some time today charting it out and came up with a 2 1/2″ by 6″ bookmark which is the standard size. I will say charting is more challenging than anticipated. Here are my Hardanger samples. I have to stitch the bookmark next. 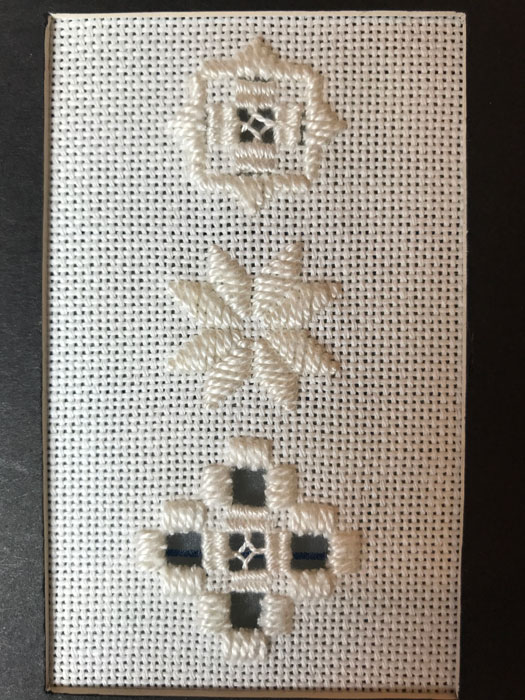 My London City and Guilds sample from 20 years ago! 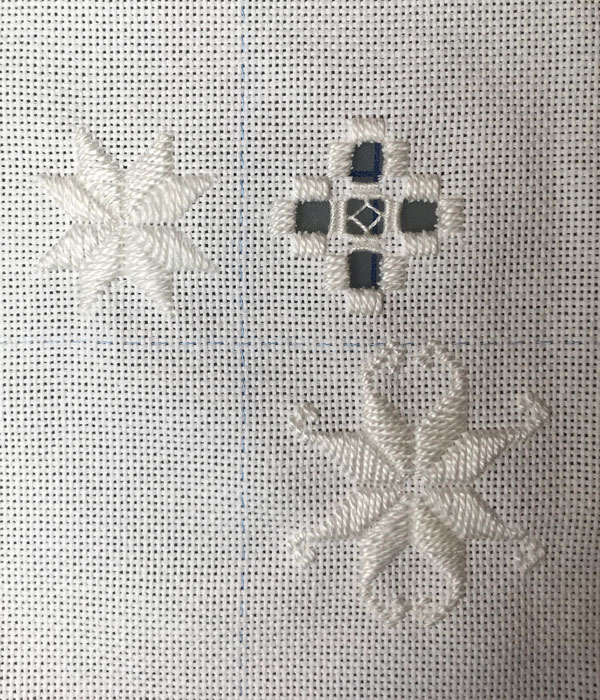