Here is Doris’s story behind the making of the quilt.

“In 2013 I was asked to create a quilt by one of our square dancers for her daughter’s wedding. The daughter was a forestry graduate and loved the outdoors. The basic picture for the quilt was taken by the girl, but it had no mountain, or tree. These two elements, as well as mushrooms, were requirements for the quilt. So we have a lake in Utah and an Alaskan mountain and tree.

As I built the quilt I had to develop ways to produce the effects desired. It was important that the trees near the water have a light background behind them, hence the fog behind the trees. The reflection of the mountains in the lake was a totally created effect since I had no example to work from. The quilt is pieced, there is some applique in the quilt, but there is no fused or raw edge applique.

The mountains and the big tree to the right are put together with a curved, glue-basting, piecing technique. Attention to grain-line is important when positioning the pattern pieces. Freezer paper was used to stabilize the fabric while joining the pieces together. I only focused on light, medium and dark values to produce the tree. In some areas there are holes in the tree where the background shows through.

The sunrise was created using a bargello approach, but not precisely how you would approach it for a bargello quilt.

The outer border is the Storm at Sea block. Twelve of the blocks in the corners are square, but the rest are progressively stretched with the longest one being in the center. Paperless paper-piecing was used to piece these blocks. Fabrics for the border were pulled from adjacent fabrics in the picture, extending the picture into the border.

There is a piped binding. The back can have a sheet buttoned into it to convert it into a duvet, another specification of the purchaser.”

As Doris explains there is some appliqué but surprisingly neither the trees nor their reflections are created that way. Instead, she precision cut fabric containing dark greens and light values and pieced columns to create realistic-looking trees for an inspired use of fabric. I also admire the manner in which she created a frame yet at the same time incorporated it into the quilt as a whole. 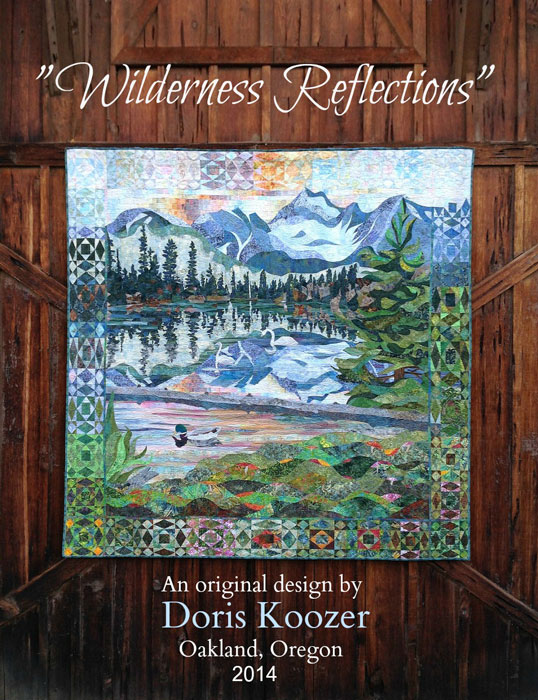 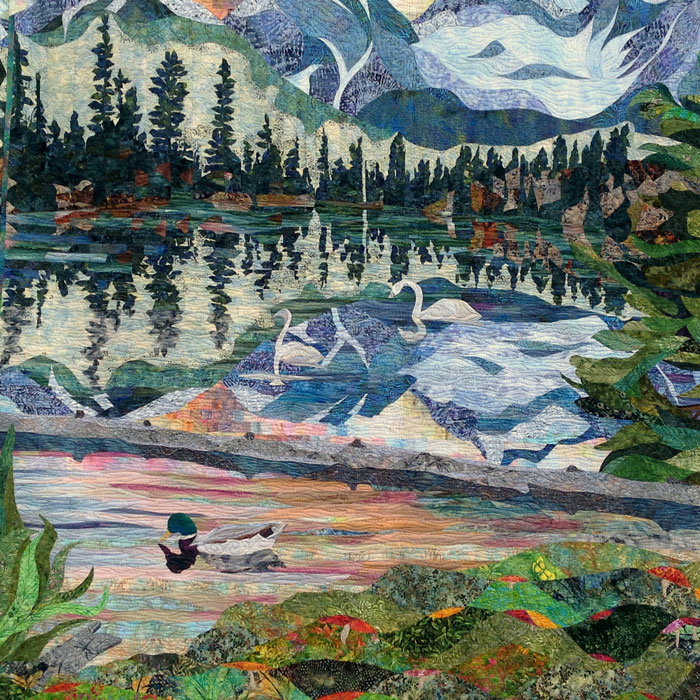 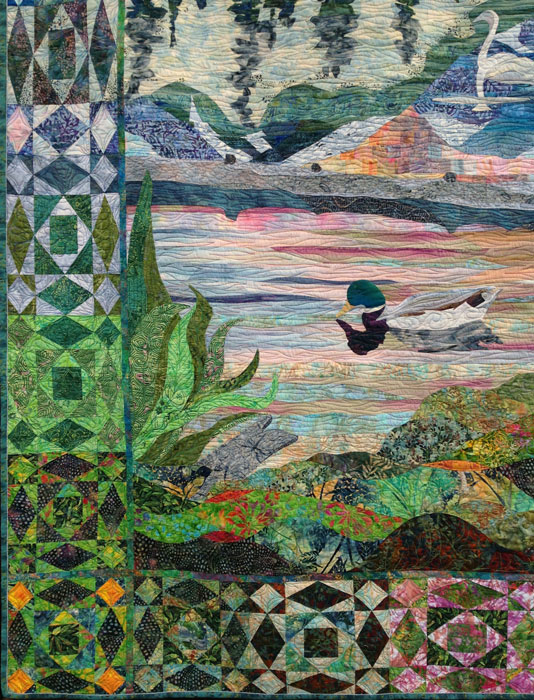