Today is the last day of the Andy Warhol exhibit. I didn’t want to miss it, finally made it yesterday and am glad I did. With two floors devoted to the exhibit filled with 250 prints and ephemera, I had a real opportunity to see his work which was organized chronologically. A number of his works are iconic. When you enter, the walls are “papered” with Mao Tse-Tung drawings in purple and black behind Warhol’s famous prints of the man. In the second photo of the entry, you can see at the top a partial of the video that played also of Mao-Tse Tung. There was a lot of effort throughout the exhibit to make it feel as if you were in Warhol’s era. I loved the bean-bag style seating, so appropriate for the time. As you left one room and entered another, the area between was “papered” with a silver material, a reference to the walls of Studio 54, where Warhol and his friends hung out. On the opposite wall to this were images of the front pages of newspaper blown up with the dramatic headlines of the sixties: the assassination of JFK, man’s walk on the moon, etc. 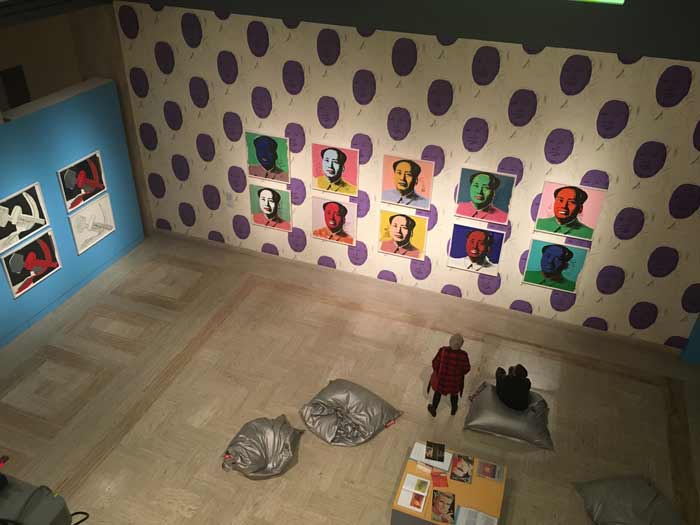 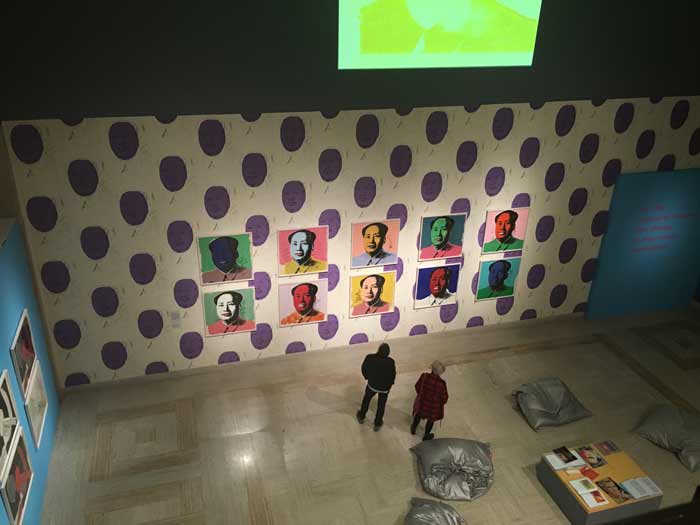 Or course, the also iconic Campbell’s soup cans are on exhibit. How great is it that the cans are different varieties. 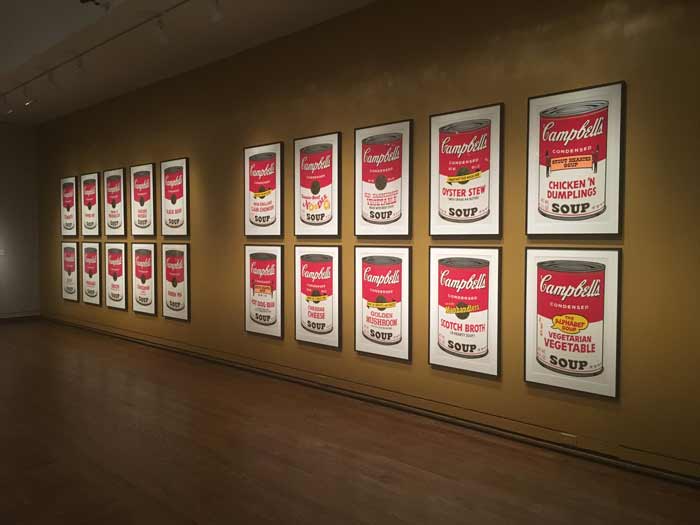 Some of us may remember that it was predicted at this time we would all be wearing paper clothing in the not-to-distant future. In 1968, you could send away to the Campbell’s Soup Company for a paper dress. I don’t remember this offer but wish I had one of these dresses. 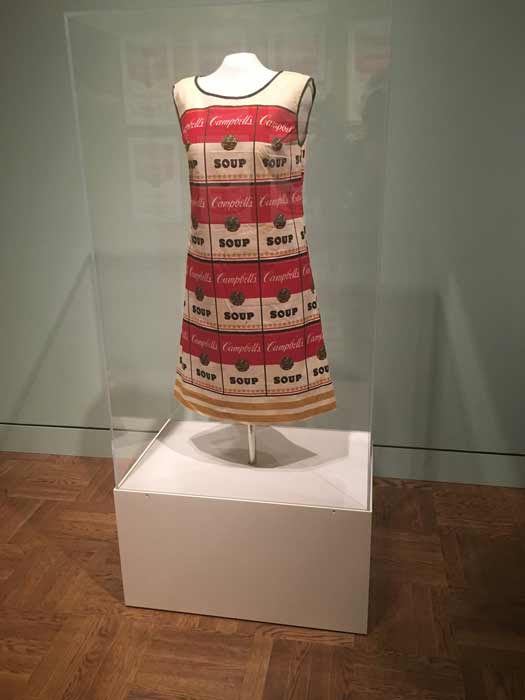 Warhol is famous for his portraits. Notice Jane Fonda, Ted Kennedy, and a Warhol self-portrait on the T-shirt. 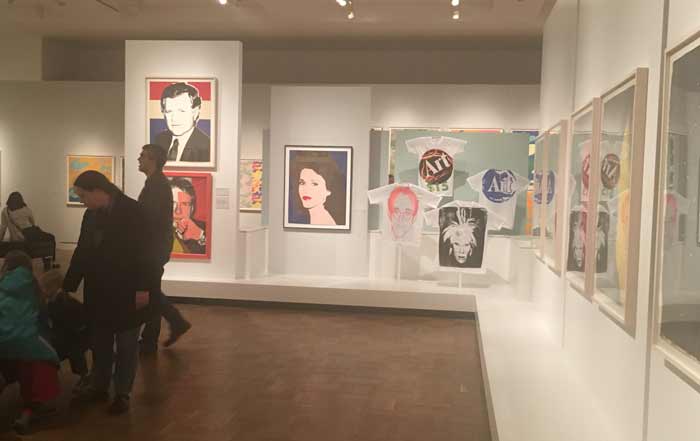 Paloma Picasso, daughter of Pablo, became successful for her jewelry. Warhol did her portrait and for the first time, used blocks of color within the face. He continued in this style with many other famous celebrities, with Mick Jagger among them. 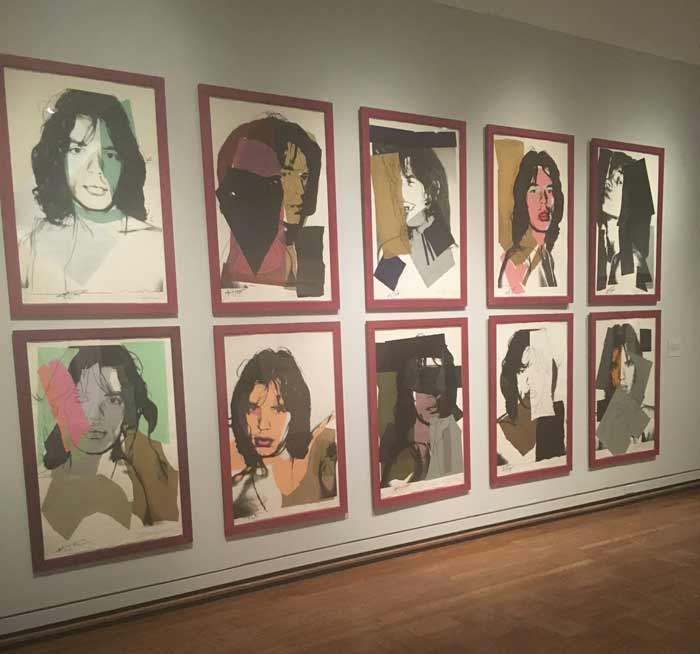 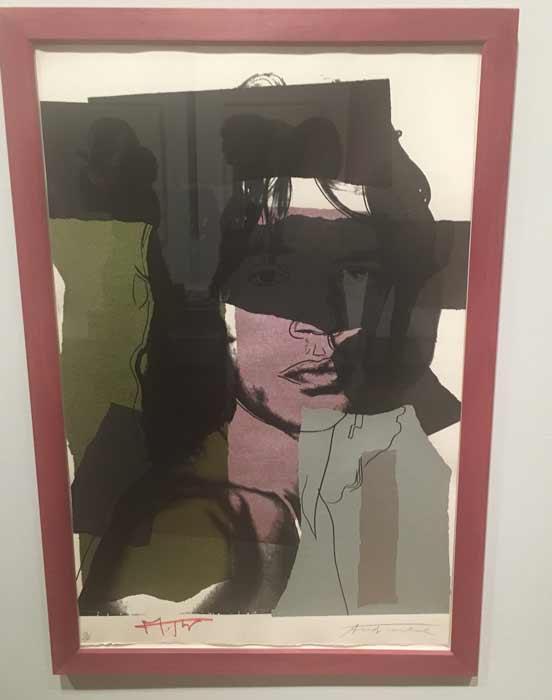 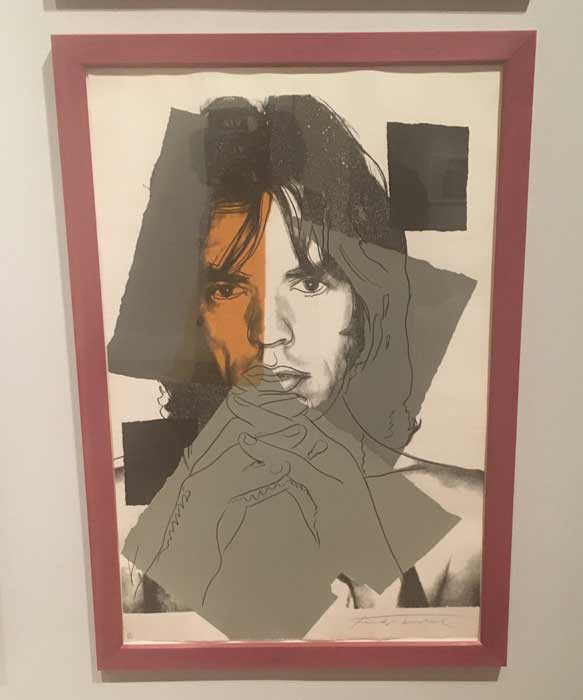 While many of the prints’ subjects are famous, I was particularly struck by the endangered animal series. 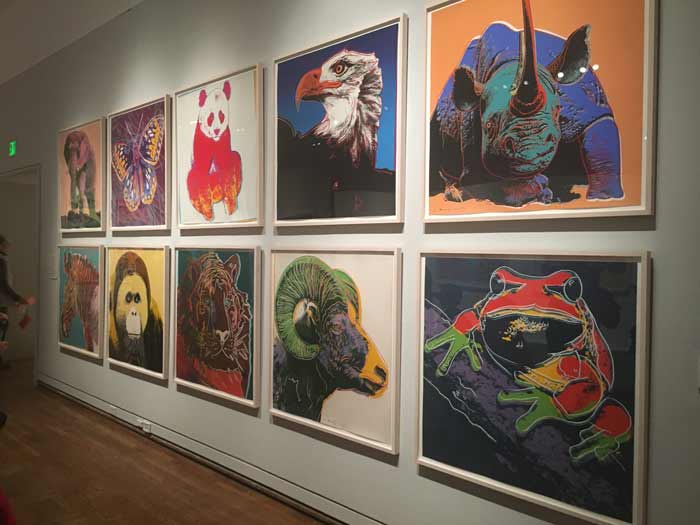 The electric colors are obvious. But what I really took notice of was Warhol’s use of line. I like the repetition of offset lines using a new color each time. I can see how I could apply this to my work in hand embroidery. 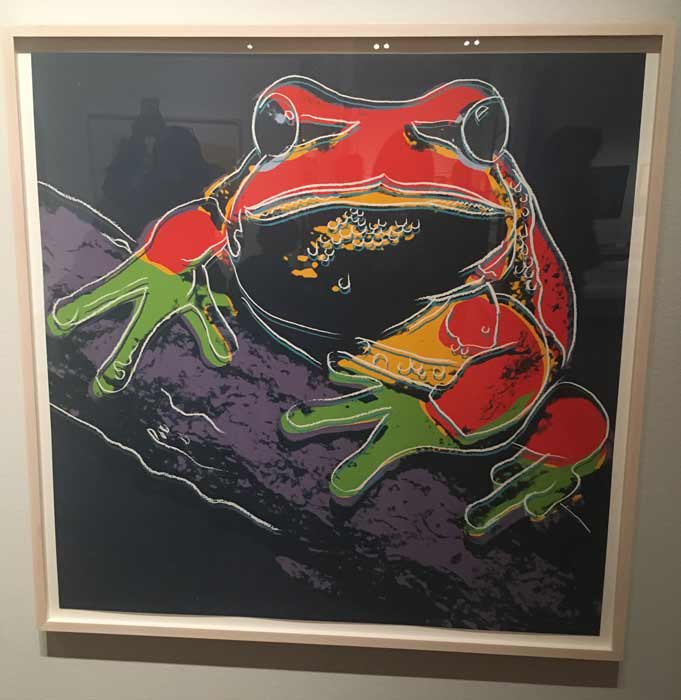 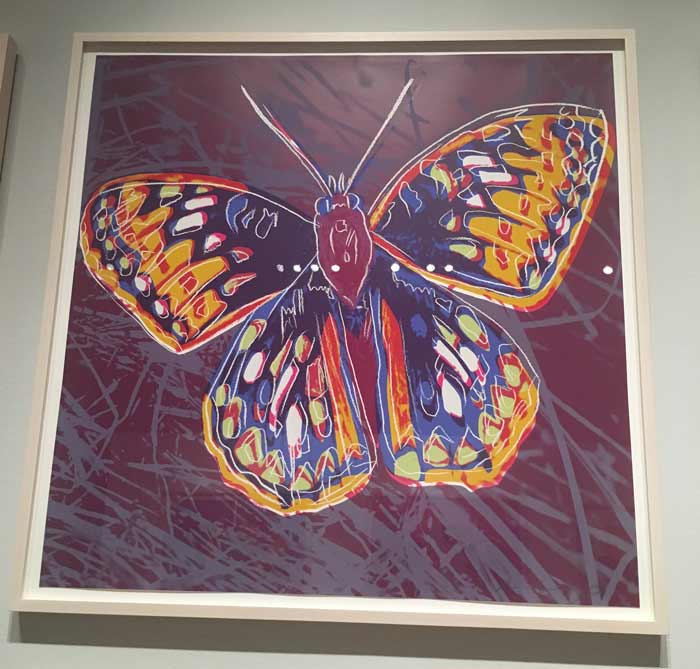 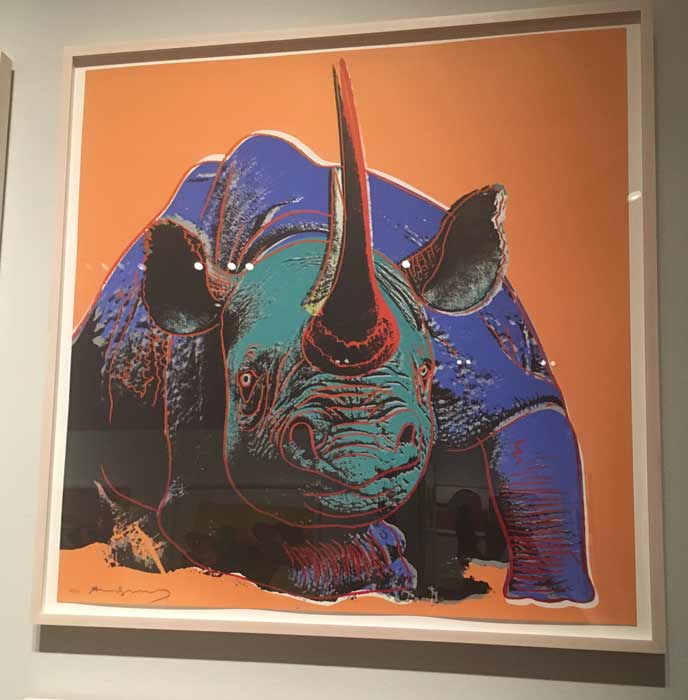 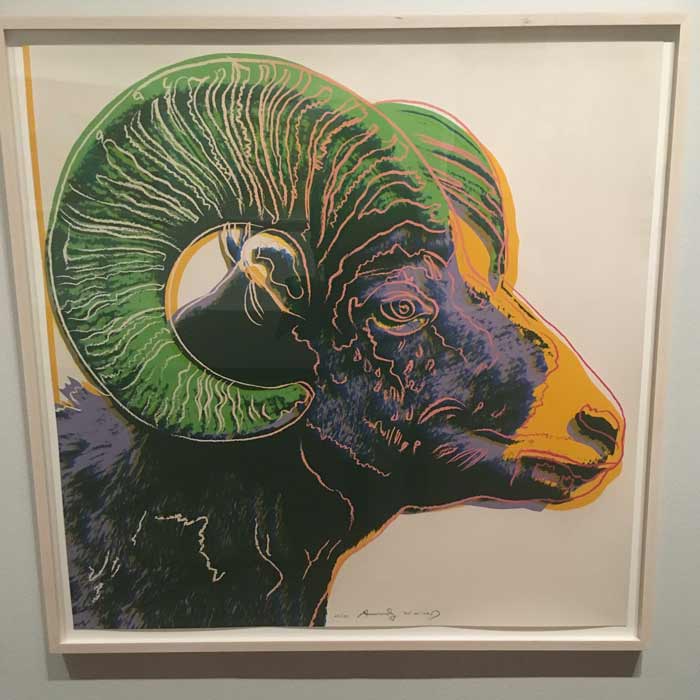 Warhol’s soup cans were a form of popular art. What I hadn’t ever noted was the amount of commercial work he did. Here are just a few examples. The one featuring Judy Garland was for Blackglama furs, if you are not familiar with it, while Ronald Reagan’s print was for Van Heusen dress shirts, a very popular brand for some time.

A very Happy New Year to all. My wish for you is a joyful year filled with the good things you wish for from little to large.